Gauahar Khan prayed for her brother-in-law, Awez Darbar's success as she penned a heartwarming birthday note for him. Check it out!

Bollywood actress, Gauahar Khan penned a belated birthday wish for her brother-in-law, Awez Darbar. The gorgeous Gauahar never fails to shower love on her in-law's side of the family. Ever since, Gauahar had married the man of her dreams, Zaid Darbar, her Instagram feed is filled with lovely pictures of her extended family. We remember once Gauahar's father-in-law, Ismail Darbar had praised her daughter-in-law's organising skills and had given her the credit for organising the beautiful wedding.

It was on December 25, 2020, when Gauahar Khan had happily said qubool hai to her darling husband, Zaid Darbar. For her nikah, Gauahar was looking mesmerising in an ivory sharara and double dupatta. Her look was accessorised with a statement neckpiece, a maang teeka and a passa. Gauahar's bridal ensemble look was finished off with subtle makeup and dark lip-tint. On the other hand, Zaid was looking dapper in an ivory sherwani. On March 22, 2021, Gauahar Khan's brother-in-law, Awez Darbar had turned a year older, a day later, the actress penned a special note for him on her IG handle. Gauahar prayed to Allah for Awez's success, and wrote, "To the funniest, sweetest, most hardworking soul! Belated happy birthday AWEZ! May Allah bless you with success , health , wealth , n happiness. Always . Come back soon n we shall celebrate together. @awez_darbar Love you brother." Check it out below: A couple of weeks ago, Gauahar's father had passed away. The actress had shared the heartbreaking news of her father's demise, which could be read as "My Hero. No man like you, Ever. My father has passed, to the ever after as an Angel. Alhamdulillah. His passing away was a testament to his beautiful life n the best soul he was. Forever My Pappa. I love you oh so much. I am so much of you Pappa. And yet can never ever be even a percent of your magnanimous personality. Keep him in your prayers please." 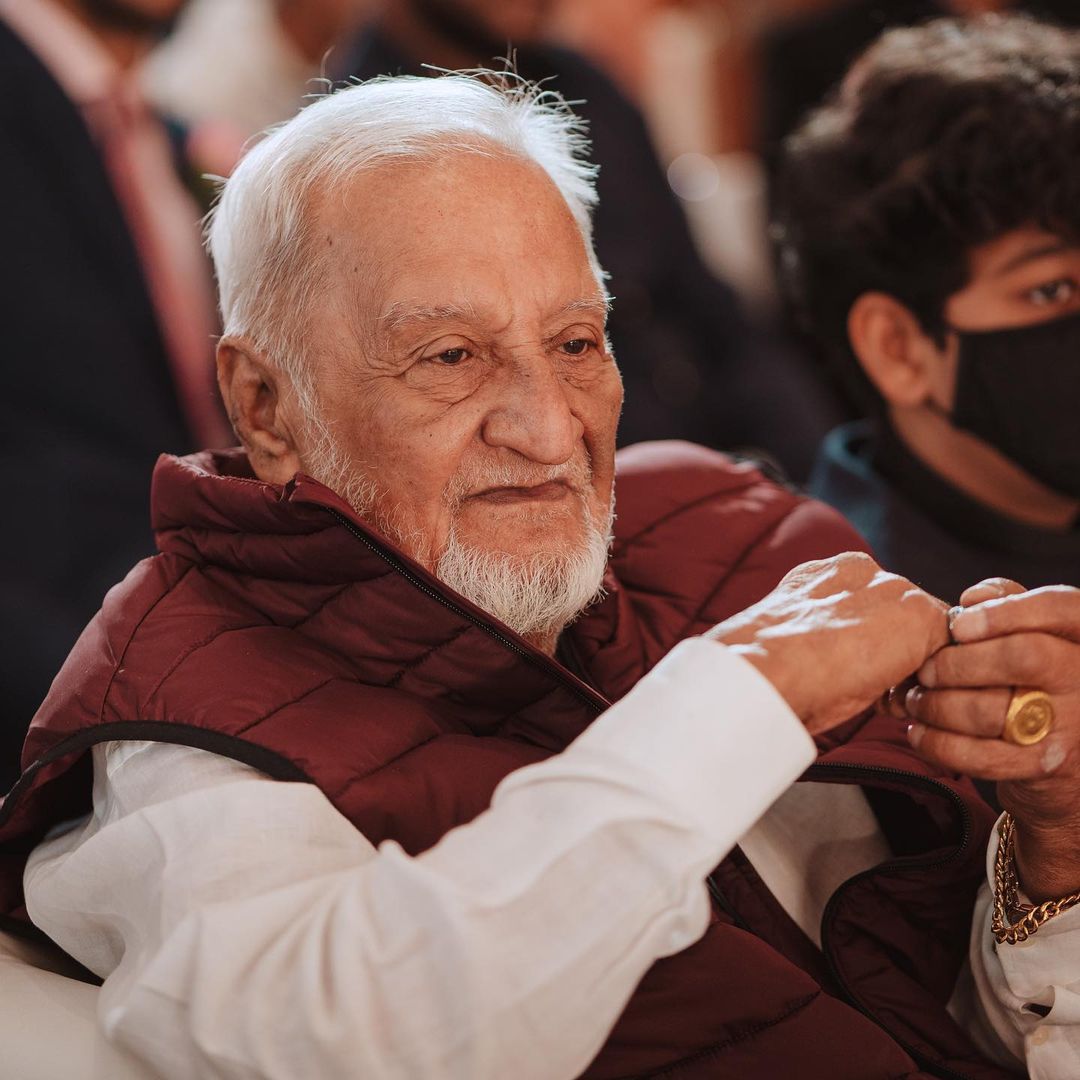 On March 5, 2021, Gauahar's father's last rite was performed by her husband, Zaid Darbar and her brother-in-law, Awez Darbar. The rites were performed at Versova crematorium in the afternoon.

Coming back to Gauahar and Zaid's wedding celebration, in an interview with The Times of India, Ismail Darbar had talked about the biggest emotional moment of the whole ceremony. He had revealed that it was when Gauahar's mother had asked Ismail to look after her daughter. "She told me meri beti ka khayyal rakhna. I told her that aap ki beti itni kaabil hai ki woh mere poore parivaar ka khayyal rakhegi."

Well, we wish Gauahar's brother-in-law, the best year ahead!