Yuvraj Singh and Hazel Keech’s wedding has clearly been one of the biggest and most glamorous weddings of 2016. The wedding marathon of this couple started with mehendi and sangeet ceremonies that took place in Chandigarh on November 29, 2016. The pre-wedding ceremonies were followed by a gurudwara wedding on November 30, in the same city after which the two took off to Goa for a Hindu-Bihari wedding ceremony.

Yuvraj Singh And Hazel Keech To Have Two Wedding Ceremonies The final destination for YuvZel (as their fans lovingly call them) was New Delhi, where they had a post-wedding sangeet on December 5, and the wedding celebrations were concluded with a grand reception party on December 7. And, what an evening it was!

This time too, Yuvraj and Hazel wore JJ Valaya creations and looked absolutely stunning like always. 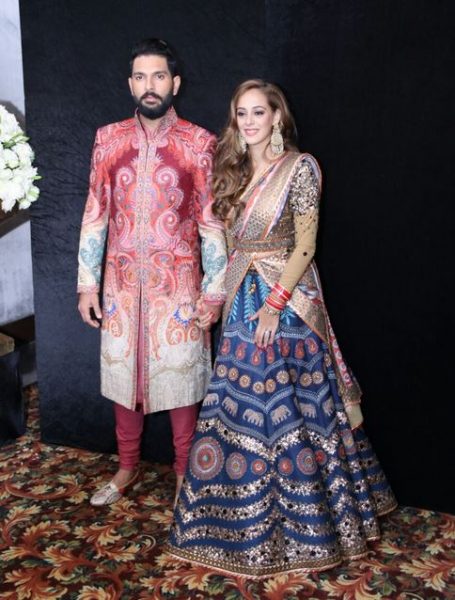 Since beginning, it was celebrities galore at each function of Yuvzel’s wedding. The main attraction of the pre-wedding sangeet was Indian team’s captain in Test cricket, Virat Kohli, who was there along with other ‘men in blue’. He was there even at the couple’s Goa reception along with Bollywood beauty Anushka Sharma. 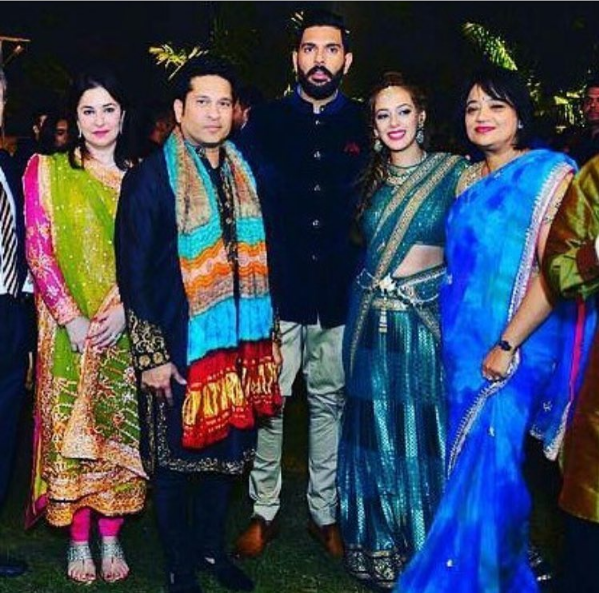 Well, December 7 was the grand finale of Yuvraj and Hazel’s wedding celebrations, and it obviously had to be the biggest of all. Thanks to one man for making it really big! Ever since this couple’s wedding celebrations began, everyone was talking about MS Dhoni’s absence from each function. This added to the doubts that people always had about the tiff between these two cricketers. But putting an end to all the speculations, India’s ‘Captain Cool’ MS Dhoni made it to the grand finale of Yuvraj and Hazel’s wedding, along with his wife, Sakshi. We even have a small video of Mahi (as Dhoni is lovingly called by his fans) and Sakshi meeting and greeting the newlyweds:

That’s not all! Big shots from every industry were present in the couple’s final reception. Here, have a look at the glamorous guests of this glitzy evening:

Virender Sehwag with his wife Aarti 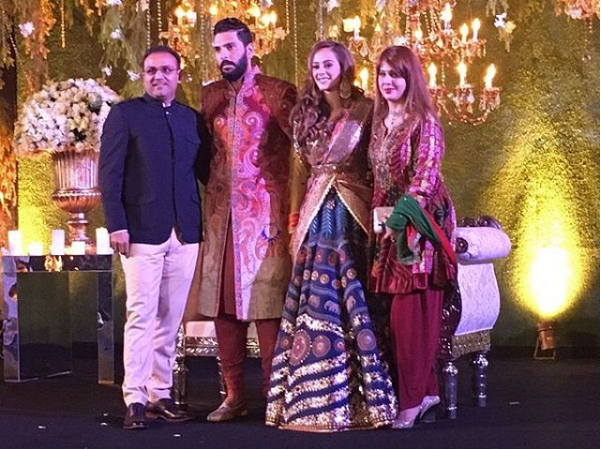 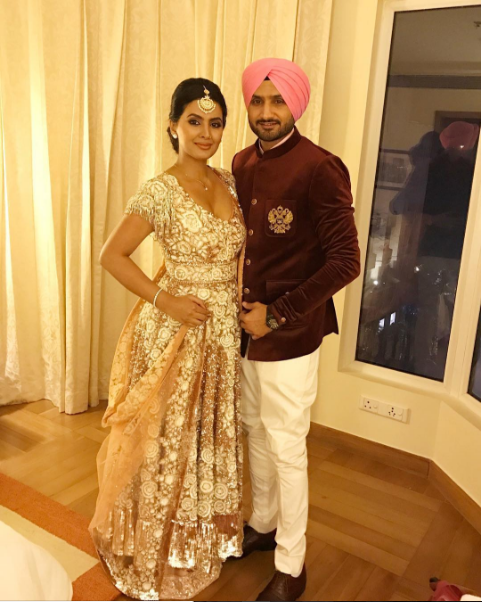 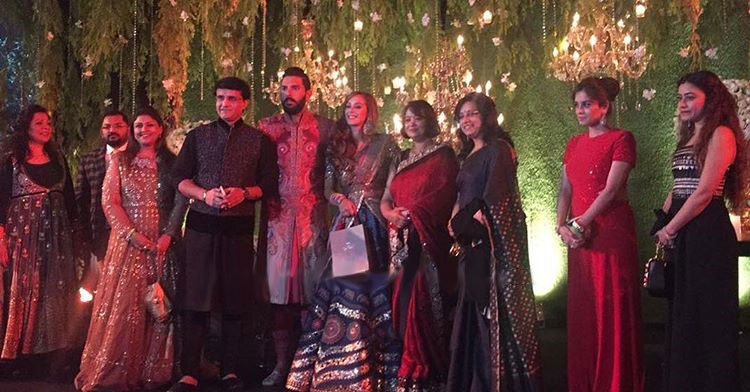 Sahara India chairman, Subrata Roy was also present at the do 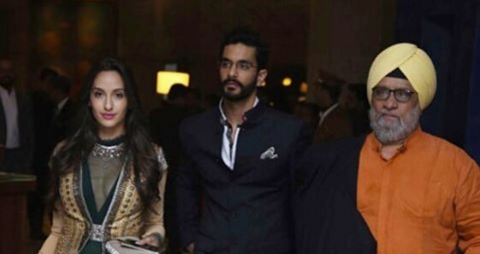 Another cricketer to make an entry with his rumoured girlfriend was Zaheer Khan, who came with 'Chak De India actress', Sagarika Ghathge Recommended Read: Pros And Cons Of A Winter Wedding In India

Here are some more clicks: 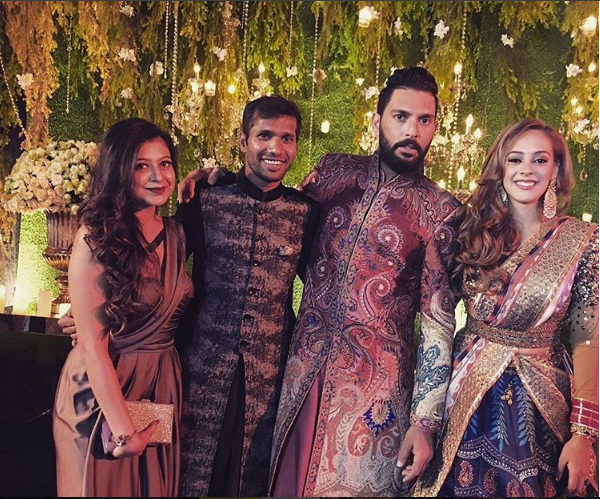 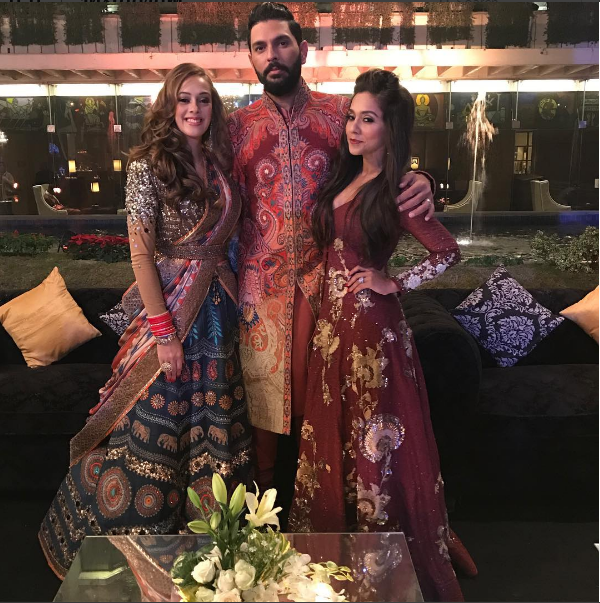 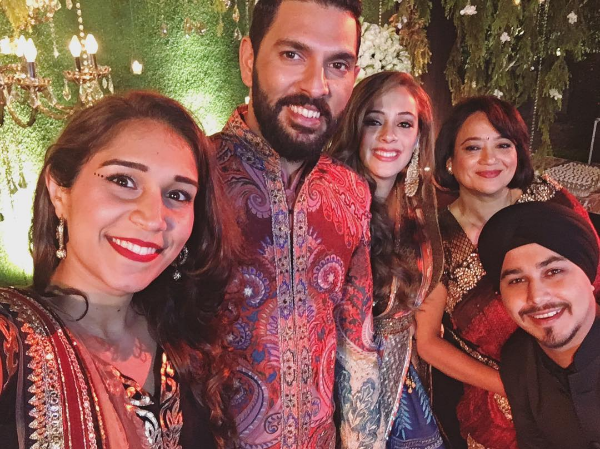 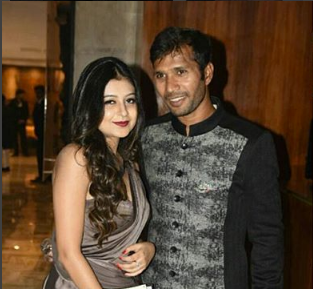 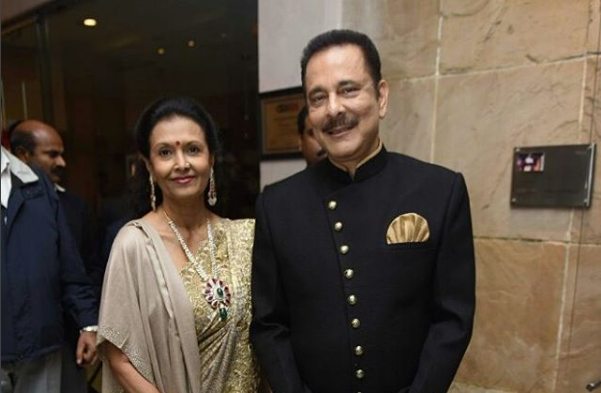 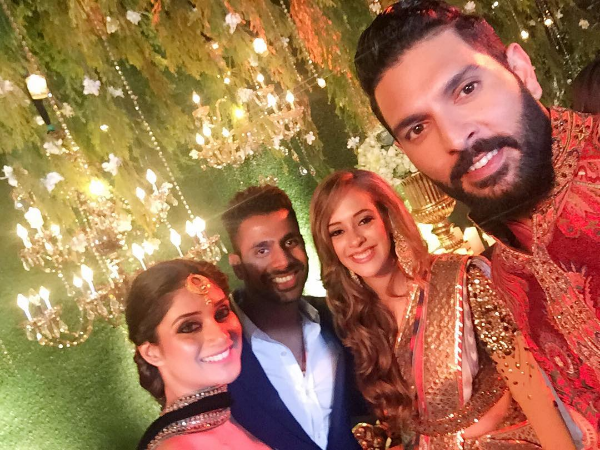 NEXT READ: Yuvraj And Hazel's Wedding Photographer Shared Their Pics And We Just Can't Stop Swooning Over Them With the star cricketer Yuvraj Singh and Bollywood beauty Hazel Keech being just a few hours away from tying the wedding knot, the celebrations for this glamorous couple have finally begun. Yuvraj and Hazel had their mehendi and sangeet ceremony yesterday (November 29), the first picture of which was shared by

Yuvraj Singh And Hazel Keech To Have Two Wedding Ceremonies