Yuvraj Singh and Hazel Keech’s Goa wedding, which took place on December 2, 2016 at was one beautiful affair and a surprising one too! Yes, there were a lot of sweet and unexpected things that happened that were least expected.

Recommended Read: Yuvraj And Hazel's Wedding Photographer Shared Their Pics And We Just Can't Stop Swooning Over Them

Hazel Keech Changed Her Name To Get Married To Yuvraj Singh

Virat Kohli's Moves At Yuvraj-Hazel's Sangeet Will Make You Fall In Love With Himâ€¦ Yet Again!

For instance, who knew Yuvi would make the most badass entry on a quad bike, or who expected Anushka Sharma and Virat Kohli to walk in like a couple for the first time since their constant break-up rumours. Or who imagined that Dear Zindagi actor Angad Bedi and ex-Bigg Boss contestant, Nora Fatehi were a thing? The celeb couple list doesn’t end here. Talking about celebs walking together as a couple, there’s yet another ‘cricket-meets-Bollywood’ couple that was spotted at the YuvZel wedding and is creating quite a buzz. 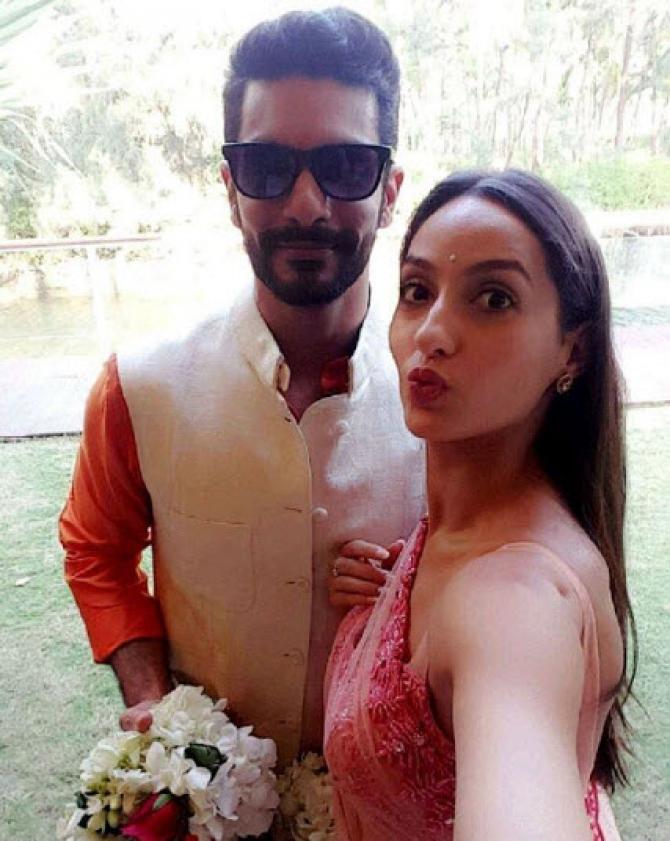 The couple we are referring to here is Indian cricketer Zaheer Khan and Chak De! India fame actress, Sagarika Ghatge. Yes, Zaheer and Sagarika’s are reportedly in a relationship and have been a happy couple for quite some time. 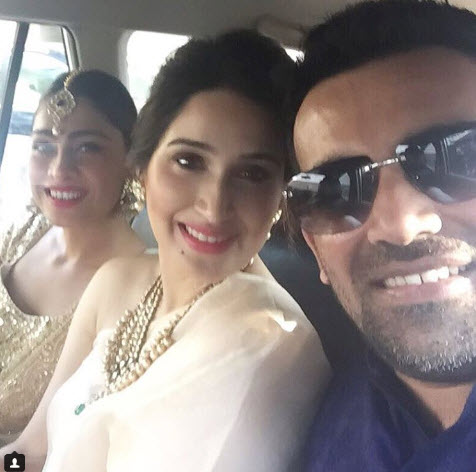 Zaheer Khan was earlier in a relationship with yet another Bollywood beauty, Isha Sharvani. They were reportedly in an on-off relationship for almost 8 eight years before going their separate ways. In fact, there were even rumours about Zaheer Khan and Isha Sharvani buying a house. 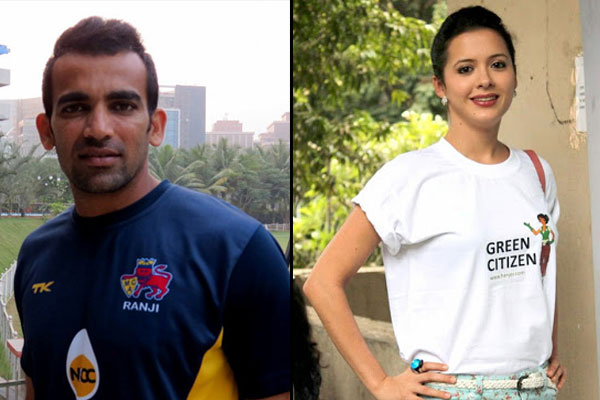 Coming back to Zaheer and Sagarika’s alleged relationship, though, none of them has ever said anything about their personal life, but according to an entertainment tabloid, when they walked hand in hand at Yuvraj and Hazel’s wedding, it was more like declaring their romance in public. 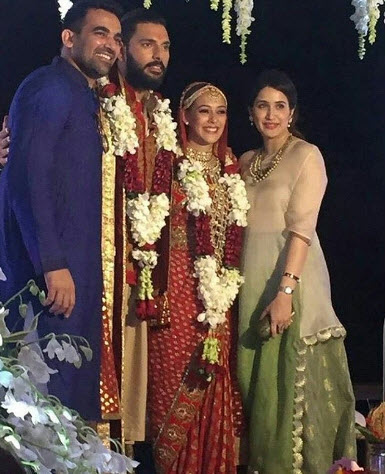 If you are wondering how the couple got together in the first place, well here’s the answer. Dear Zindagi and Pink fame actor, Angad Bedi (who is Yuvraj Singh’s best friend) played Cupid when he introduced Zaheer and Sagarika to each other around one and a half years ago. Since then, the two have been together. 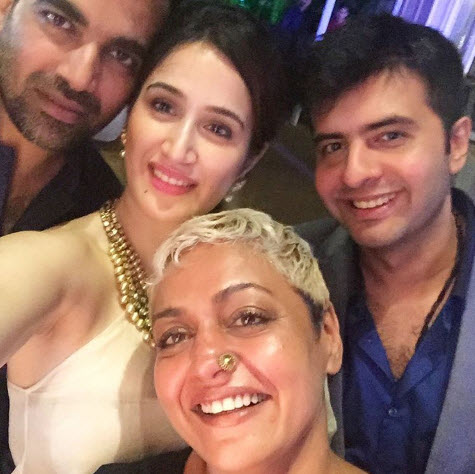 Here's another photo of Zaheer and Sagaraika from Yuvraj and Hazel's wedding that is sending quite clear signals of these two being in a relationship.

You May Like: Yuvraj Singh And Hazel Keech's Wedding Trailer Is Out And It’s Breathtaking 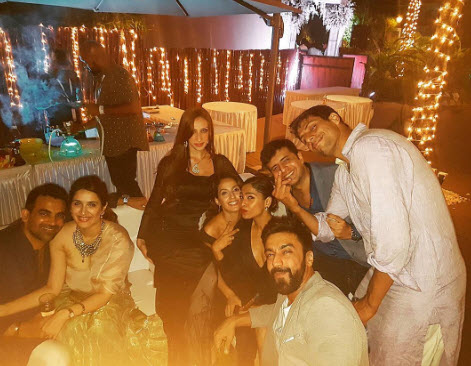 Did you guys ever imagine so many celeb couples to be spotted at Yuvraj and Hazel’s wedding? No, right? Well, Yuvraj and Hazel, your wedding has been quite lucky for these chaps!

Next Read: Meera Deosthale And Paras Arora Of ColorsTV's 'Udaan' Dating Each Other?

Here’s sending lots of happiness to Yuvraj and Hazel and to all the other celeb couples who walked in! For more updates on Yuvraj and Hazel's Delhi reception, stay tuned with us. The biggest and the most-awaited wedding of the year - Yuvraj Singh and Hazel Keech’s wedding might have officially been over, but technically, the celebrations are just getting grander each passing day. Recommended Read: Suyyash And Kishwer's Wedding Promo Is Out And It's Totally Worth Watching Yuvraj and Hazel got married in an intimate

Hazel Keech Changed Her Name To Get Married To Yuvraj Singh