Bigg Boss 9 fame, Yuvika Chaudhary was arrested by the Haryana Police under the SC/ST Act. However, the actress is left out on interim bail given by Punjab and Haryana court. Details inside!

Popular actress, Yuvika Chaudhary is once again in the headlines after the Haryana Police arrested her over her casteist remark in her video, which she had posted earlier this year. The actress is out on interim bail, which her lawyer has confirmed through his Twitter handle. Despite apologising for her casteist remarks against a specific community, Yuvika is again in the news, and her massive fanbase is standing tall by her side.

On October 18, 2021, Yuvika Chaudhary was arrested by the Haryana Police under the severe Scheduled Castes, and Scheduled Tribes (Prevention of Atrocities) Act after the actress had passed a casteist slur against a specific community in one of her Vlogs in May 2021. Soon, Yuvika’s lawyer, Ashok Bishnoi, informed everyone that the court has granted interim bail to his client through a tweet. His tweet can be read as “My client has joined the investigation as per the guidelines given by the High Court, and she is on interim bail now (in a case of alleged offensive remarks against Scheduled Castes on a social media platform).” 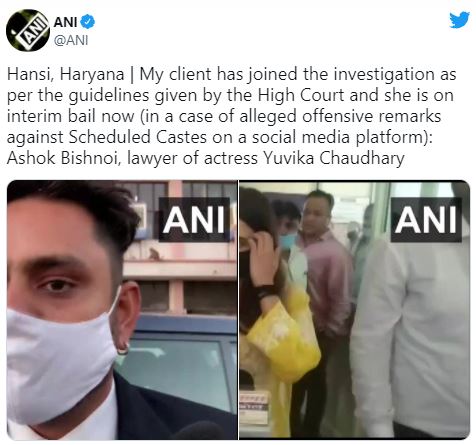 For the unversed, the Bigg Boss 9 fame, Yuvika Chaudhary, was booked after a complaint against her was lodged in the Haryana Police station by Dalit Rights activist, Rajat Kalsan. The activist had claimed that the actress had made some derogatory and objectionable slurs against the Scheduled Caste community in a video that had gone viral on the internet. After the matter had gone legal, Yuvika had faced many people’s wrath on social media for not taking care of her words despite being a celebrity with a massive fanbase. 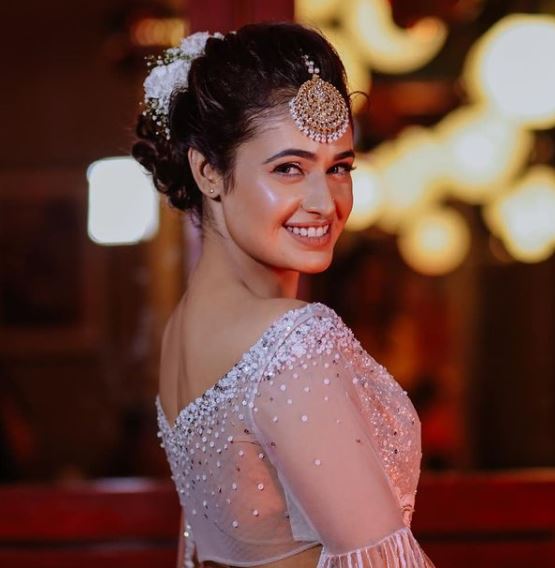 The actress had not only accepted her mistake but had also issued an apology through a tweet on Twitter in which she had requested everyone to forgive her as she was unaware of the meaning of the word that she had used in her video. Her tweet could be read as “Hi guys I didn’t know the meaning about that word what I used in my last vlog I didn’t mean to hurt anyone and I can never do that to hurt someone I apologise to each and every one I hope you understand love you all.”

On the professional front, Yuvika Chaudhary was last seen in the film, The Power (2021) alongside Vidyut Jammwal, Shruti Haasan, and others.