Furry friends and humans share a bond like none other, and celebs like Disha Patani, Varun Dhawan, Hrithik Roshan and more have found their BFF's in them. Check them out!

We all desire for a friend who would never leave our side. They will bear with us, listen to us and support us in every way possible. While we try to surface all such qualities within the human beings, however, these qualities can also be found in our furry friends, who vouch to be by our side always, without a second thought.

Having a furry friend assures us that there is someone who will always listen to us regardless of all kinds of judgement. Putting a smile on our faces with their cutesy gestures, they can easily make us forget our worries. Having said that, let us look at some of these celebrities who always prefer having a ‘pawsome’ friend! 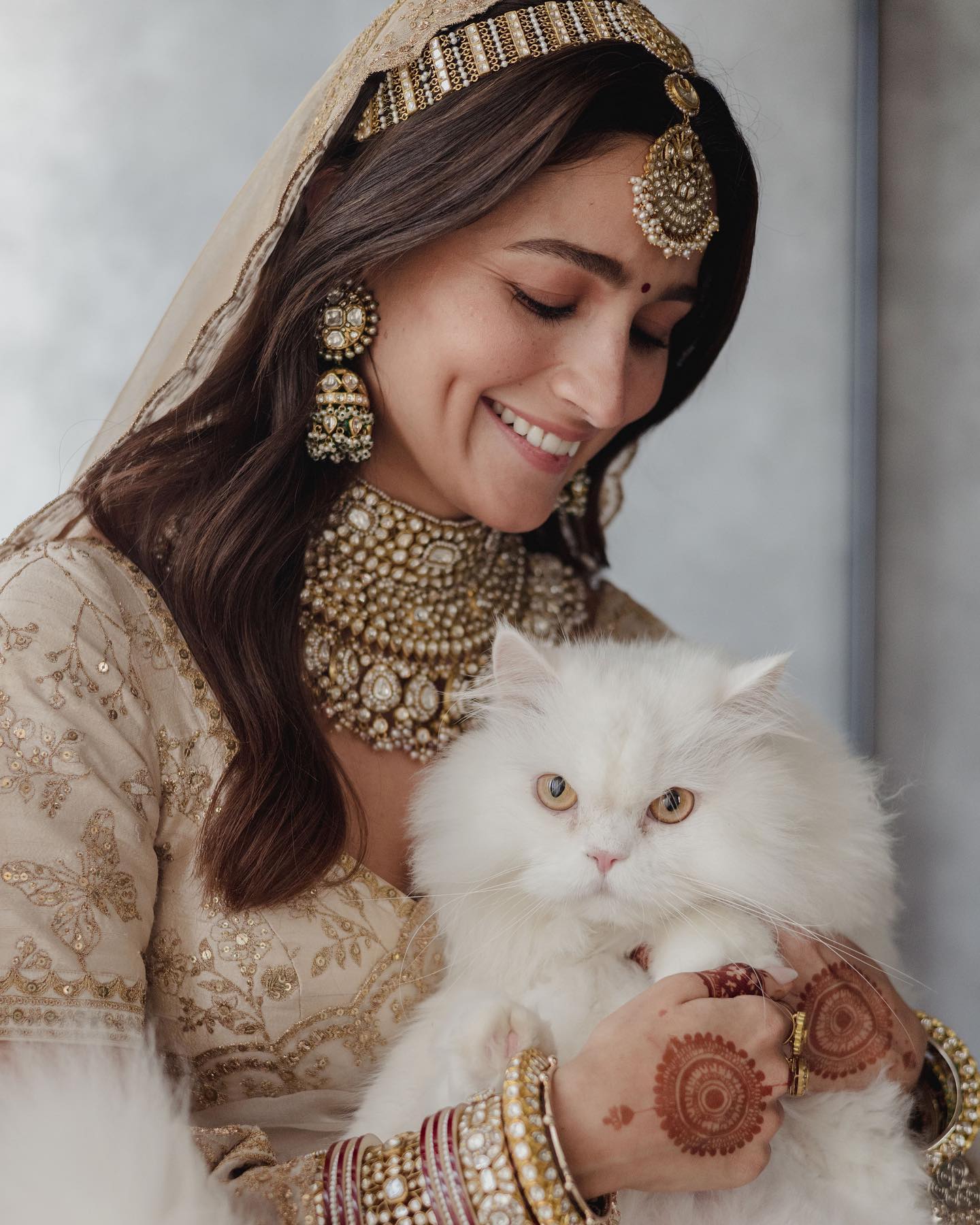 The queen of incredible acting, Alia Bhatt is undoubtedly one of the top actresses these days. Handling between hectic schedules, Alia looks forward to her cat, Edward. Edward is a Persian cat by breed and is often part of the actress's Insta-game. Alia has often shared captures of her white fur ball playing or simply cuddling on her lap. We simply adore this cat-mother duo. 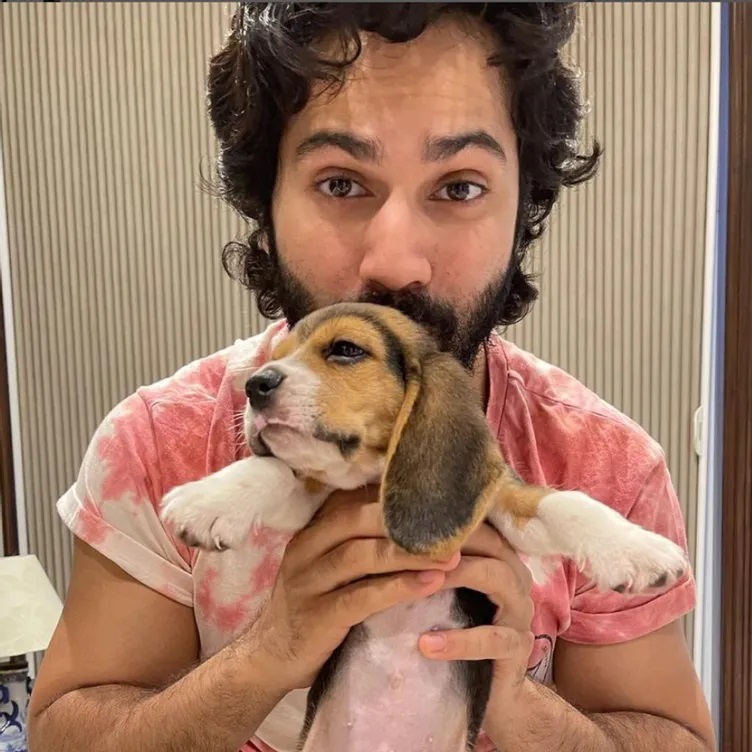 The energetic Varun Dhawan is a proud pet-dad to his cute Beagle, Joey. The two of them spend quality time with one another, and Varun often shares happy glimpses of Joey chilling alone or with him. Much like his parent, Joey receives a lot of love and attention for his pictures, and Varun’s fans simply adore such bonding between the two. 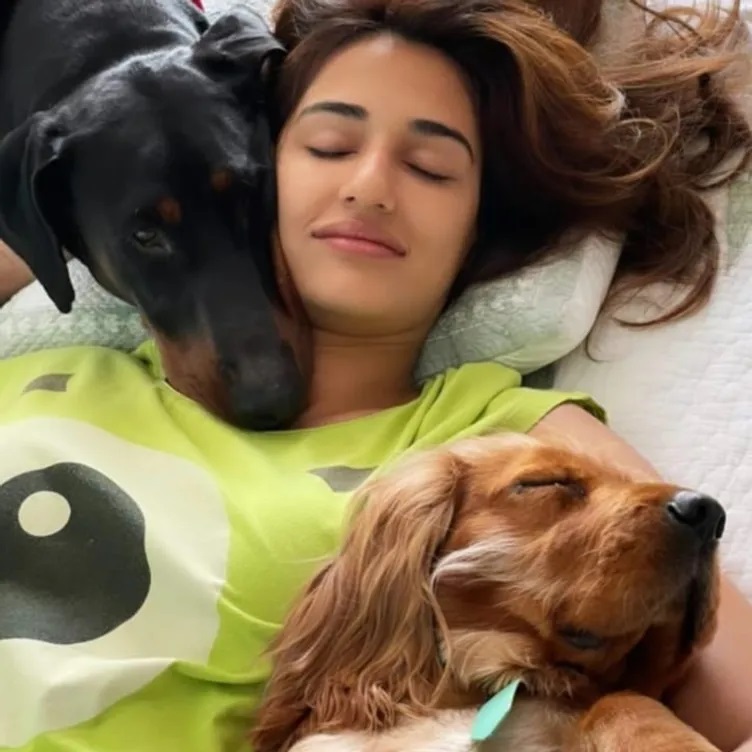 Managing a blockbuster career and an adorable pet friendship is the gorgeous, Disha Patani. Primarily hailed as a fitness freak, Disha is fond of her furry friends and shares great company with them. She loves to spend time with them together, and is super active in taking the right care of them. While Jasmine and Keety are cats, Bella is a Golden Retriever, and Goku is a Doberman. The proud pet-mother has a dedicated Instagram page for the four of her children and actively shares updates on their activities. Hrithik Roshan is a dotting pet-daddy. Acing his fatherly duties like a pro, Hrithik also happens to be a pet-dad to Zane, a handsome Golden Retriever. He loves to pamper Zane, and enjoy some hillarious moments with him. In addition, Zane is also showered with a whole lot of more love by his sons, Hrehaan and Hredhaan.

Global icon, Priyanka Chopra needs no introduction, and her work speaks for itself. Apart from being a fabulous actor, she is also a humanitarian and a pet lover. Taking up the hands-on responsibility of being pet-parents, she and her husband, Nick Jonas adopted Diana in 2016. A Chihuahua mix-breed, Diana is the apple of her foster parent’s eyes, and even has a massive Instagram page dedicated to her.

Check This Out: When Saif Ali Khan Revealed How Sara Ali Khan Reacted After His Divorce With Ex-Wife Amrita Singh 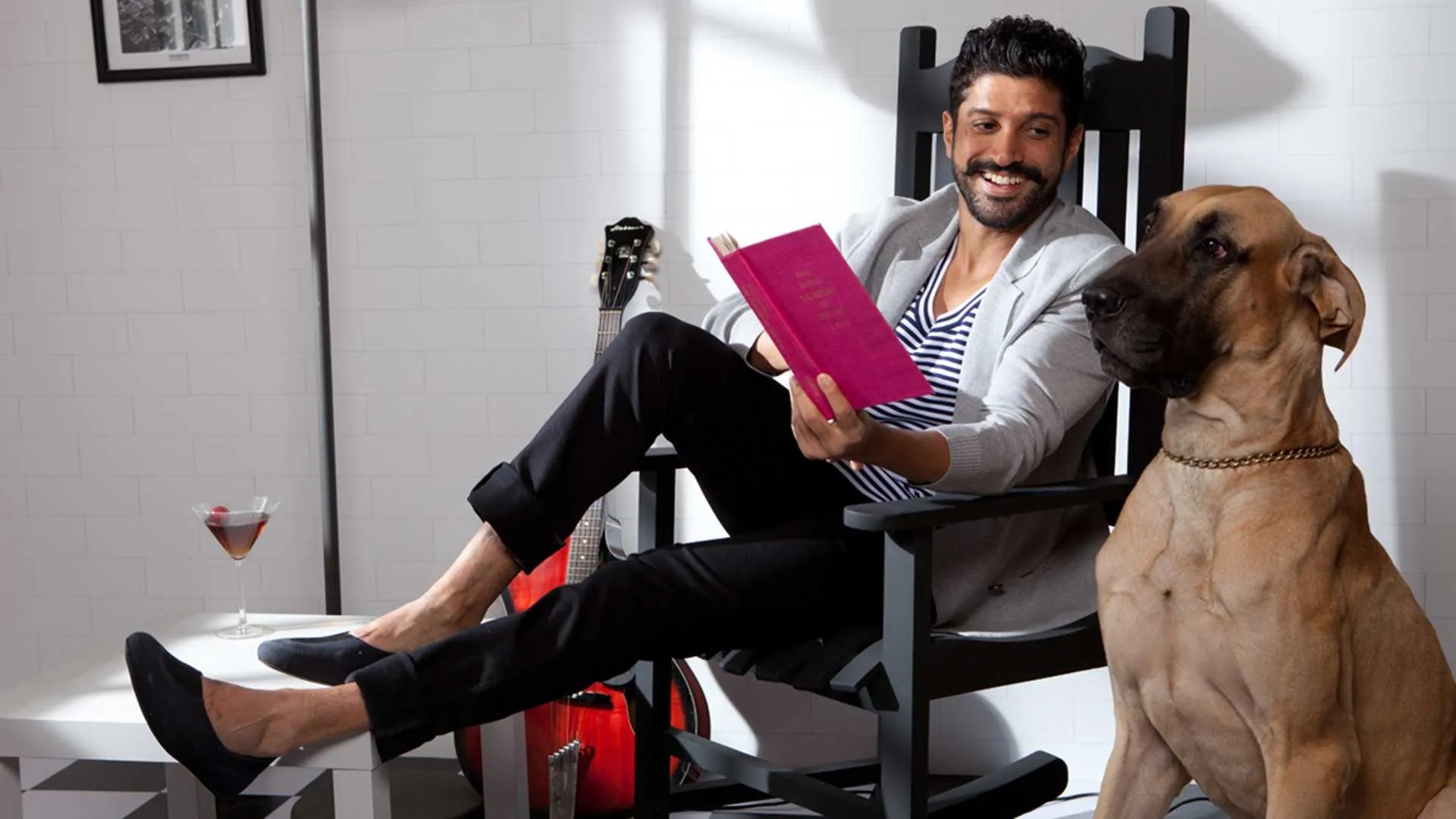 Proving his heart to be deeper than his penned verses, Farhan Akhtar and her beloved wife, Shibani Dandekar are pet parents to their charming dog, Tyson. The duo shares a lovely banter with Tyson and their pictures are a proof of how enthusiastic pet parents they are. Farhan loves to cuddle Tyson and showers his love on him. 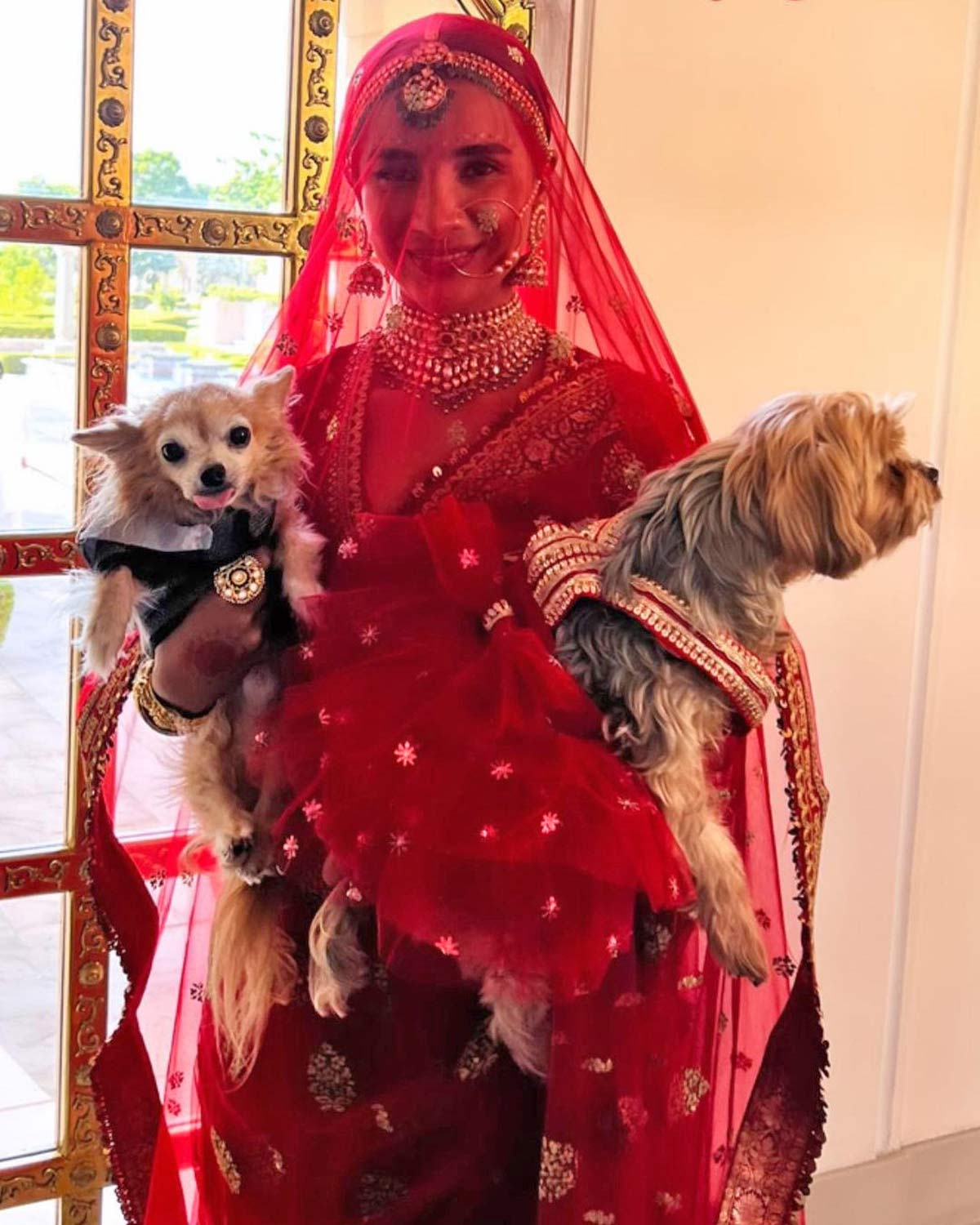 Grooving in style is Patralekhaa and her dog Gaga. Owning quite a fun name, Gaga is the apple of eye for Patralekhaa, who loves her immensely. Sharing a fun and loving bond with her, Patralekhaa also made it a point to dress her dog in a customised red outfit similar to her wedding dress. The proud pet mom carried her twinning dog on her lap while en route to her wedding. 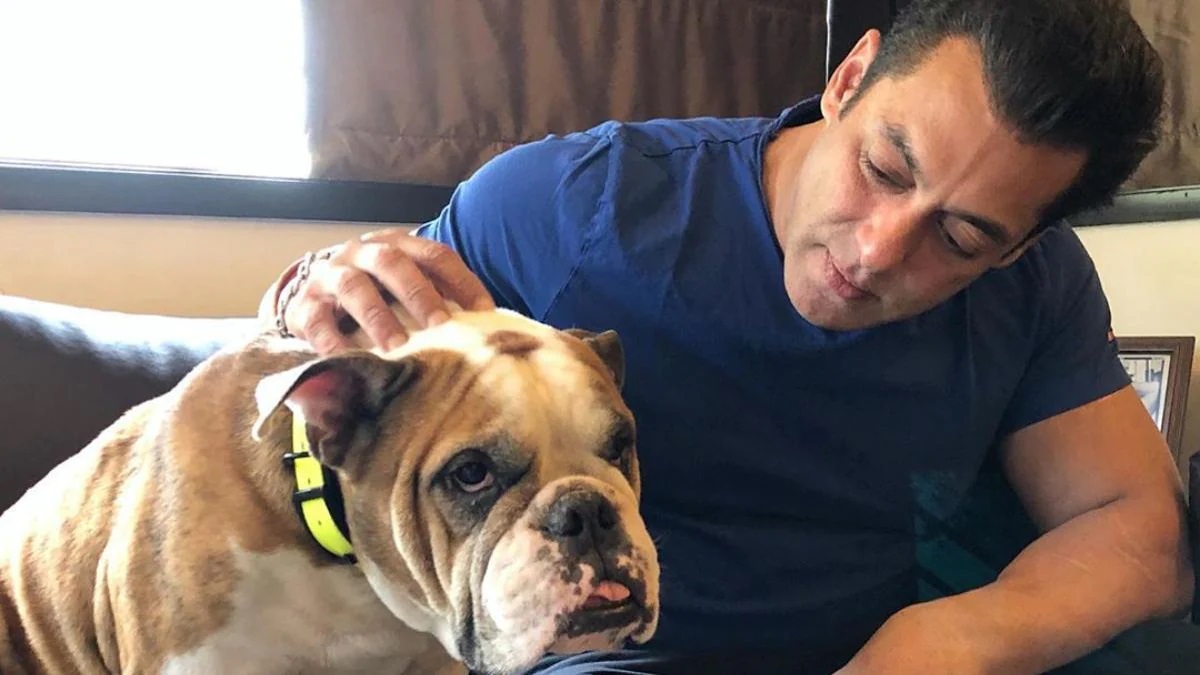 Opening his arms to his paw friends, Salman Khan is a pet parent as well. He often shares pictures of his dog Mowgli, who is more like his best friend and confidante. Mowgli is a Labrador by breed, and is too cute to be missed. He appears to be more like a buddy and companion to the superstar and loves him too much. An advocate against animal cruelty, the stunning Anushka Sharma is a dog lover and has Dude as her lovable furry friend. Anushka loves spending time with Dude, who is often found to be a silent observer of all the love being showered. The actress bonds with her dog while doing most of her work at home and enjoys herself. 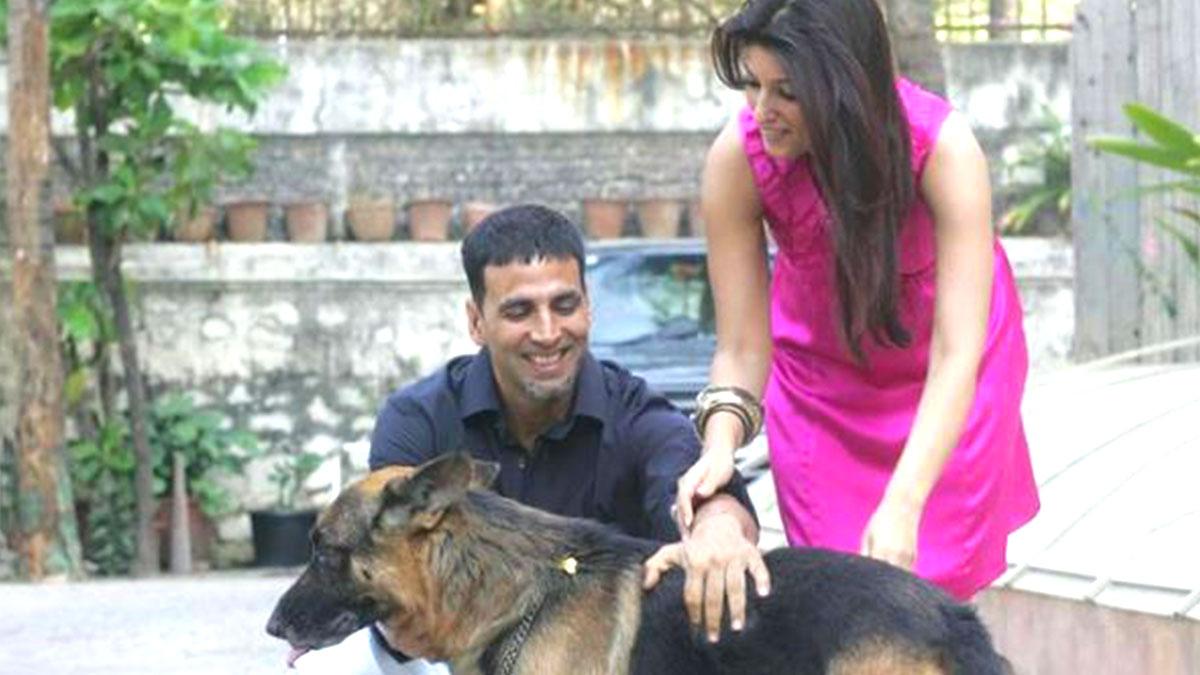 Surrounded by his furry friend, Akshay Kumar along with his wife, Twinkle Khanna are amazing pet parents to their pet dog, Alex. Alex is a Beagle, and is no less than the apple of the eye of both his pet-parents. He has been a close part of the actor’s life and have been the reason for some fun and happiness to it.

Well, we hope you liked this bonding between your favourite star and their pets. Let us know which one of them is your favourite.