Urfi Javed got brutally trolled by the netizens for wearing her shirt in a reverse manner and flaunting her back!

You like her or hate her, but you cannot ignore her. Bigg Boss OTT’s Urfi Javed has been a living example of this phrase as she manages to be the talk of the town for her bizarre fashion choices. Her outrageous clothes often make everyone question her and she becomes a target of trolls. It seems that social media trolling has become normal for Urfi as she has stopped paying any attention to it and does what she feels like doing. As always, this time again, Urfi’s fashion choice made her a laughing stock on social media.

Urfi Javed has always taken the odds in her favour and has outshined herself in the most troublesome moments of her life. She was bold enough to run away from her family and become an actress without any support. Of late, she has been a constant target of trolls for her fashion picks. However, despite the hatred, Urfi Javed continues to wear what she feels like.

Also Read: Devoleena Bhattacharjee Broke Down Into Tears While Opening Up About Her Mother's Mental Illness 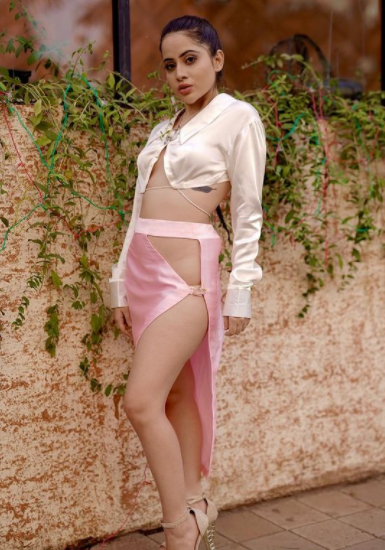 A few hours back, on her IG handle, Urfi Javed shared two pictures from one of her photoshoots looking like sunshine. In the pictures, she was seen wearing a yellow shirt in a reverse manner, where its buttons were at the backside. The shirt was left unbuttoned to flaunt her back as she posed holding a sunflower under the sunlight with her hair curled up and minimal makeup on. She captioned the pictures as:

“Cause you’re a sunflower You’ll never be too much!” 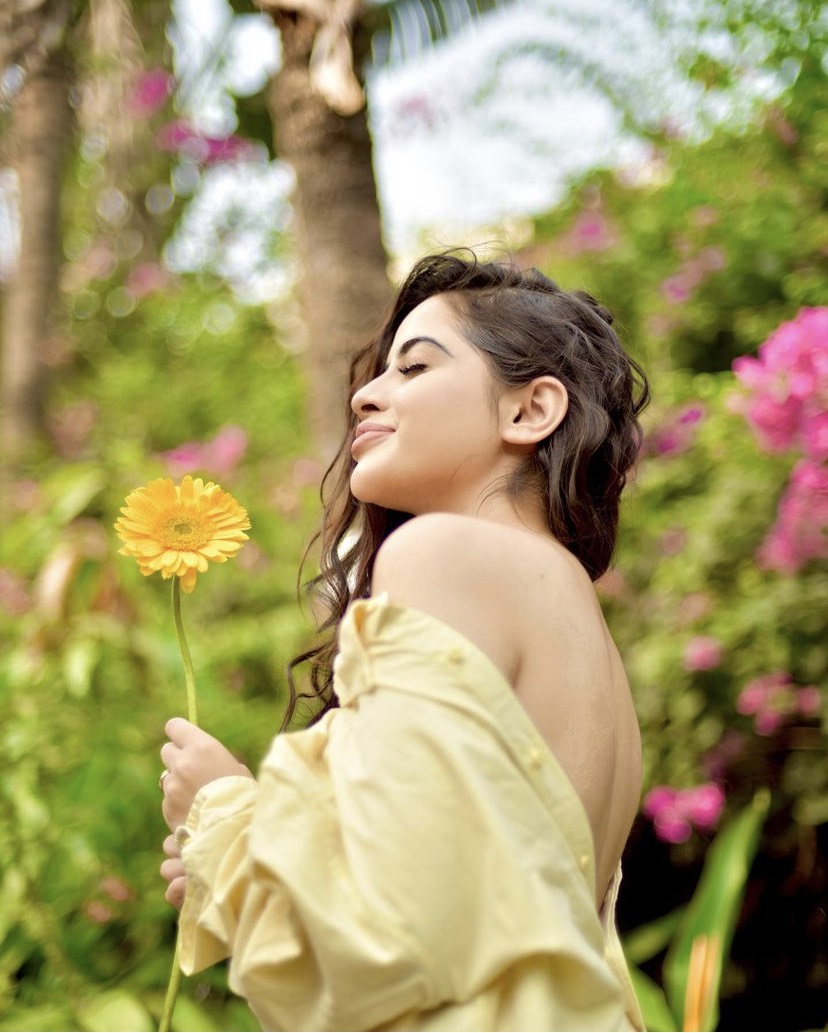 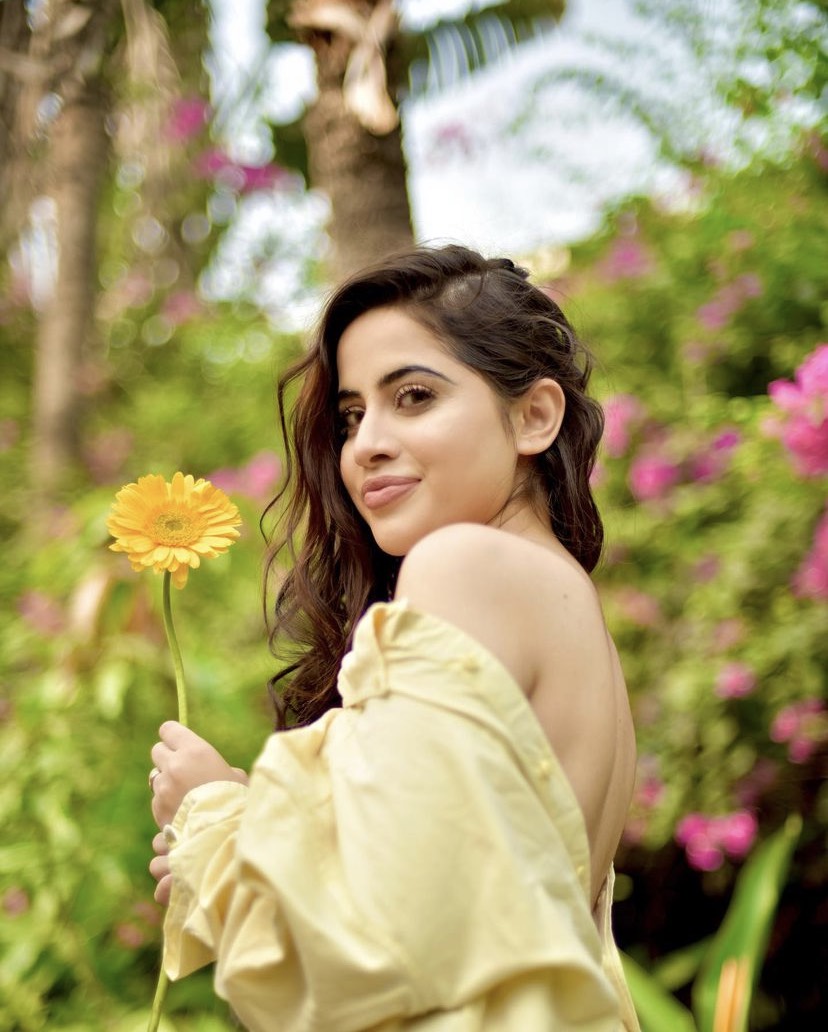 As soon as she posted the pictures, netizens started trolling her massively. While some mentioned that she doesn’t know how to wear a shirt, some commented that she should refrain from wearing clothes. One user commented, “Itni badi hogi aur shirt v pahne nhi ata hai.” Another user wrote, “Bhen kuch mt phna karo.” One user’s comment read, “Pagal aurat 7vi fail.”

In a conversation with ETimes, Urfi Javed had shared how she gets away with the trolls in a witty manner. Urfi had also shared that she knows that people will always have something to say no matter what she does. Recalling how once she had shared her actual bank account details with a troller offering her money for clothes, Urfi had said:

“Who likes getting trolled? I don’t care what people say about me. People love trolling these days. Recently, when I wore a suit on Ganesh Chaturthi, then also I was trolled. Now I don’t get upset with it, I just give a witty reply whenever I feel the need to. Like very recently, someone said that he will give me money to buy clothes. I had sent him my actual account details but the money never came. So that’s how I deal with the criticism online.”

Recommended Read: Neha Dhupia Announces The Unique Name Of Her Baby Boy, Reveals How The Little Munchkin Reacts To It Earlier in an interview with ETimes, Urfi Javed was asked to address the heavy trolling that she had experienced on social media after she was snapped wearing a sports bra under a ripped denim jacket and a pair of jeans while travelling. She had shared that she was devastated by the trolls and had urged people to look beyond her clothes. She had said:

"There is so much more to me than my clothes! Why don't people talk about me as an individual? I have realised that no matter what I post, people will say things. Be it a bikini or a salwar-suit, there are nasty comments always." 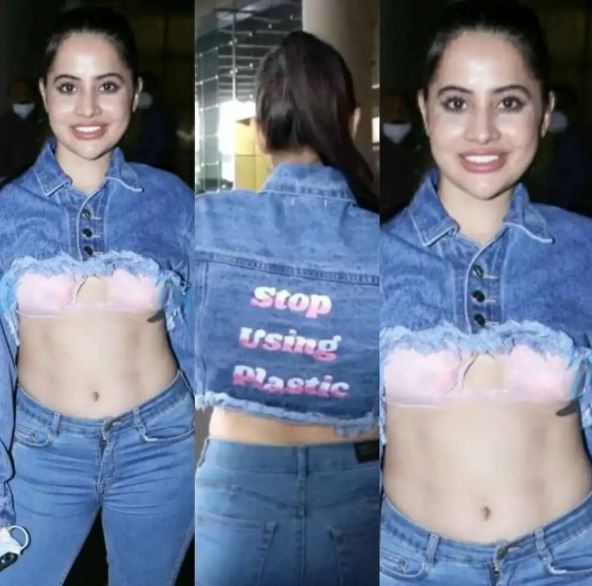 The popular reality show, Bigg Boss OTT's evicted contestant, Urfi Javed, got trolled heavily on social media after she was spotted at the Mumbai airport wearing a ripped denim jacket. However, Urfi's airport look irked many people on the internet, especially the inscription on her jacket caught everyone's attention. Now, in