Recipient of National Film Award, three Filmfare Awards, and an Asia Pacific Screen Award, Raj Kummar Rao is doing commendably well on his professional front. The more he is in the news for his professional accolades, the more he is making it to the headlines for his love chronicle with CityLights co-star, Patralekhaa. This lovely duo has undoubtedly been giving an all-new definition to love and the ways to express it.  (You May Also Like: Unseen Dreamy Click From Kapil Sharma And Ginni Chatrath's Anand Karaj Ceremony, Picture Inside)

Not just the two are engrossed in love for each other, but their fans too can’t get enough of them. Recently, one beautiful thing happened when a fan of Patralekhaa turned up with her and Raj Kummar Rao’s sketch. Trust us, the guy is so talented that the sketch looks way too real. Here’s the picture that was sketched by her fan, followed by the snap wherein she is posing with the sketch and the one who made it: 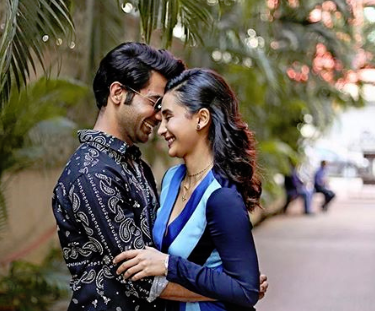 A few days ago, Humans of Bombay posted Patralekhaa and Raj Kummar’s love story shared by the actress. The post started off with, “I saw him for the first time in LSD. I thought the weird guy he played was actually what he was like. My perception of him was tarnished! He told me later, that he first saw me in an ad & thought, ‘I’m going to marry her.’ It was so ironic! Once we began working together–it was magic. The kind of passion he had was powerful & I couldn’t respect him any more than I did then! We spoke about our work, love for cinema, passions… I saw him through his struggles, never giving up. How could we not fall for each other? We didn’t officially go on dates, but we’d go for drives, movies, or just sit at home. We accompanied each other for auditions, just for support. All we needed was that understanding”. (Also Read: Sushant Singh Rajput Has A Wonderful Reply When Asked About Working With His Ex-Ankita Lokhande) It could further be read as, “He’d often go out of his way for me. Once he was late to see me, so he ran all the way from the airport to Juhu! Not only that, but when we weren’t earning much, he gifted me my favorite bag–it was so expensive! Years later, someone stole it in London! I called him sobbing–for me, it was about the memories. He’d bought it for me when he didn’t have much. Later, at our hotel, the exact same bag was waiting for me. These little things make me realise how lucky I am for him”.

And concluded with, “And the best part is, he always says he’s the lucky one. Isn’t that what a relationship needs? To remind each other how grateful we are? He told me once that after I met his mom, she said, ‘I have a feeling she’s the last one I’m meeting.’ She was right–we’ve been together for 8 years. We’re equals–when an article said, ‘Rajkumar with his girlfriend, Patralekhaa’, he retweeted–‘Patralekhaa with her boyfriend Raj Kummar.’ I can tell you this, when you find the one–through the fights, hurdles & chaos, you should never forget to let them know you love them. It doesn’t have to be with expensive gifts & dates–it can simply be with the way you hold them while they need it & when they don’t. For us, we don’t know what the future holds, but this, being together, is enough”. (Do Check: Rocky Jaiswal Surprises Hina Khan With Roses And Love Note But She Can't Stop Laughing, Here's Why) 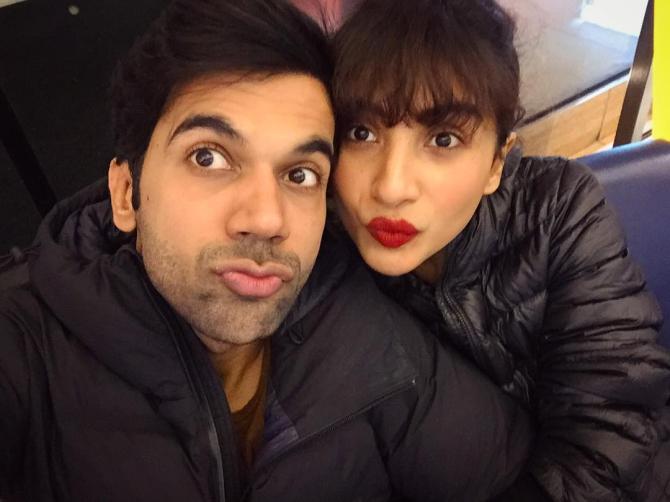 Revealing his marriage plans with Patralekhaa, Raj Kummar had told a leading online portal, "It will happen eventually, but we haven’t fixed a date. We are not getting married anytime soon. Right now, we are focusing on our careers." When asked about his perspective on marriage, he was quoted as saying, "That is a tough one to answer. More than marriage, I think a relationship is about two people being genuinely happy and comfortable with each other. It’s a great institution, and I am sure it works for many people”. Adding further, he stated, “Patralekhaa and I have been together for more than six years now, and we are very happy with each other. Even if we get married, we will be happy. I know so many people who are not married, but they are living together, and they are happy. So, it’s not like both of us don’t think about marriage, but we don’t stress about it. I know that eventually, it will happen as our families would want us to get married, though they have never pressurised us.” (Also Read: AR Rahman's Daughter, Khatija Trolled For Wearing Burqa, He Slams The Hate Brigade With Epic Reply)

What do you guys have to say about the sketch made by Patralekhaa’s fan? Do keep us posted!