Rekha's Transformation Journey, From Being Bullied For Her Looks As Teenager To A Graceful Diva

Rekha's Transformation Journey, From Being Bullied For Her Looks As Teenager To A Graceful Diva

"I was called the ‘Ugly Duckling’ of Hindi films because of my dark complexion. I used to feel deeply hurt when people compared me with the leading heroines of the time and said I was no match for them." Rekha

Let’s get this straight. Some people age like fine wine. Yesteryear actress, Rekha is one such actress who can still surpass anyone with her charm and beauty at 64. Many recent actresses have also shared that they want to look like, act like Rekha. But the Rekha that you know now, wasn’t like this from her early days in the industry.

It is often said that beauty lies inside you. Rekha, who was plump and dusky since the very beginning, had to bring about her inner beauty on the outside to match upto the actresses of her times. And trust us, it didn’t come easily to her. Want to know more? Read on! 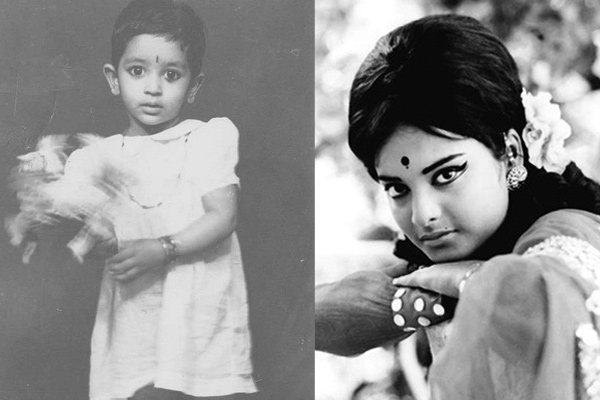 Did you know? Rekha is not her original name. Her original name is Bhanurekha Ganesan. Both her father (Gemini Ganesan) and mother (Pushpavalli) were Tamil and Telugu actors respectively. But her father never accepted her. Rekha has started working early in Telugu films as a child artist. She was fat, dusky and could not speak Hindi. As per reports, Rekha did not have a great childhood and she craved for a relationship where she would be accepted but that did not happen. The Rekha that you know today had faced a lot of criticisms and harsh words for her dark and plump look. It was only from the 80s that Rekha thought to take only the positive vibe from the negatives and decided to use the criticisms that she had received, to her power and make sheer changes in her diet, way of living, skin colour and fitness. In an interview with Simi Garewal, Rekha had shared,

“It took me two and a half years to really lose binging on junk food and chocolate. And then slowly, by the time Ghar was released, that’s when it hit people that it’s overnight. But it’s not overnight, it took about two-and-a half years”.

When Simi further asked about what all went into her transformation, Rekha replied,

“Those days we did it all the wrong way. We had no idea that what I am today and the knowledge that I have of food is not what I knew then. Then you went on the starvation diet. I used to have just elaichi milk for months together. Sometimes, I used to go on popcorn diet. So basically, I used to starve.” Coming back to her dressing sense, rumours have it that Amitabh Bachchan used to give Rekha dressing and fashion tips, when they started working together on films. It was from the movie Do Anjaane (1976), that the world saw the evolution of a queen in the making. Probably, Rekha was so traumatised with the taana she was receiving from her co-stars and onlookers that she started hating being plump. At a throwback interview, Rekha had shared, “To be a completely beautiful woman, you’ve to be slim fit. Definitely not fat. Fat is ugly”.

A 360-degree change in her looks Rekha was dusky, plump and could not speak good Hindi. She was mocked by directors and fellow co-actors. At a movie premiere, Shashi Kapoor had said about Rekha, “How is this dark, plump and gauche actress ever going to make it?”

But look what happens when you remain unaffected with what are people talking behind your back! Have you noticed the beauty she is even at the age of 64? Years of perseverance, diet changes and multiple skin-lightening treatments, made Rekha the ‘swan from the ugly duckling’. Yes and that accent? Rekha worked very hard to master Hindi (so much so that she dubbed for other actresses who cannot speak Hindi) and also undertook many training sessions to teach herself fluent Urdu for her mega-hit film, Umrao Jaan (1981). Speaking of her early years in Bollywood, Rekha had herself said in an interview,

"I was called the ‘Ugly Duckling’ of Hindi films because of my dark complexion and South Indian features. I used to feel deeply hurt when people compared me with the leading heroines of the time and said I was no match for them. I was determined to make it big on sheer merit."

How she took on criticisms Rekha had worked extremely hard to be the beautiful damsel that she is today. The criticisms had certainly worked in favour for her, or rather, she took it that way. At an interview, Rekha was asked about her terrific transformation from an ‘ugly duckling’ to the gorgeous diva that she is today. Giving an important message to young girls and clearly justifying her point, she retorted by saying, “Appearance? Why only appearance? They can achieve just anything they want. If you want to be complete beautiful woman, the beauty has to be both ways, inside and out”.

This is called transformation, from the body to mindset!

Secrets behind her everlasting beauty 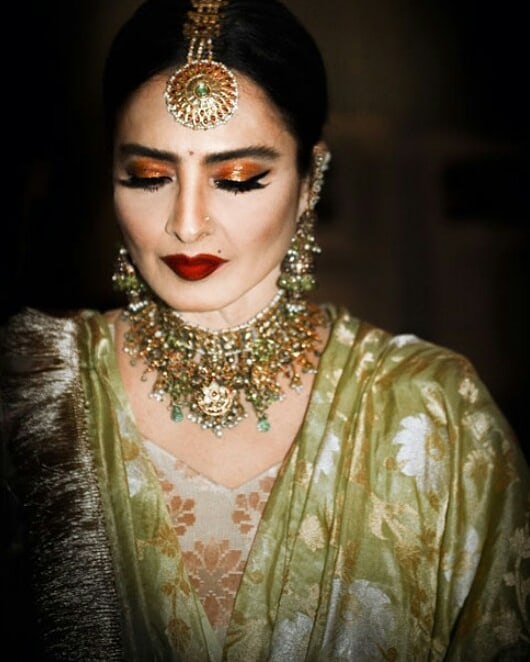 Rekha swears by drinking 10-12 glasses of water every day, indulges in Ayurvedic spas at home and maintains a healthy eating habit. Did you know? Rekha has mastered the art of makeup and mostly does all her makeup herself! She indulges in regular exercise and loves to do yoga and meditation. Known for her superb dancing skills and killing adah, Rekha keeps herself busy with dancing, gardening and doing her household chores. She ensures that she eats the last meal of the day by 7.30 pm so that her body gets enough time for digestion.

Now, you know the why’s and the how’s! While it is essential to be content with your body type and looks, it is also completely harmless to polish yourself a little, only if you want to do it. Rekha wanted to polish herself and we all can see where she is today. Take a cue from the amazing transformation of Rekha, use this as an opportunity to head off to the gym or bring about a change in your diet pattern, again, it completely depends on your desire and will. Happy evolution!

NEXT READ: Kajol's Makeover Over The Years- Her Journey From An Actress To A Diva