For small screen actors, Ram Kapoor and Gautami Gadgil, it was working on the same television serial, which shaped their relationship. Here's a sneak peek into the love story of one of the most romantic couples of Indian television, Ram and Gautami.

The television industry has seen tons of real-life couples over the years, but a few of them had managed to make a mark with their marital life. One such power couple is Ram Kapoor and Gautami Kapoor, who is the epitome of a perfect love story and has made us believe in a fairytale romance. While she is a health freak, he is a gourmand. And yet, amidst these stark differences, what lies common between these two actors of Indian television is the unflinching, undaunted love for each other that nestles in their hearts.

Gautami Gadgil, who had stepped into the glam world at the young age of 16 as a model, went on to rise to great heights with her inherent acting skills. On the other hand, Ram Kapoor had captured many girl’s hearts, only to break them when he had fallen head-over-heels in love with his Ghar Ek Mandir co-star, Gautami. So, for all the fans of this gorgeous couple of Indian television, here we bring the details of their beautiful love story.

Recommended Read: Actress Priyamani And Mustafa Raj's Love Story: From An IPL Match To An Innings Of A Lifetime 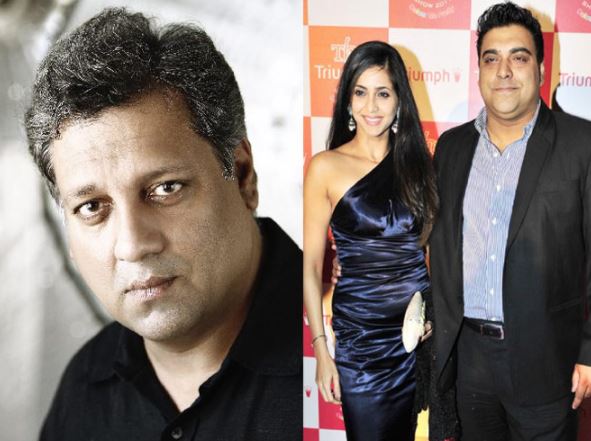 Gautami Gadgil's first marriage was with a commercial photographer named Madhur Shroff. However, after some time, little cracks had started appearing in their married life, and despite their continuous efforts, things did not work out well between them. After which, they soon got divorced. Ram Kapoor and Gautami Gadgil's first meeting was on the sets of one of the most renowned serials of that time, Ghar Ek Mandir. Gautami had played the role of Ram’s bhabhi (sister-in-law), who becomes his wife later in the serial. The chemistry that the two had shared on-screen had captured the hearts of audiences, and they had longed to see this pair together in real life too.

You May Like: Love Story Of Milkha Singh And Nirmal Kaur: They Lived Together For 59 Years And Died In 5 Days Gap 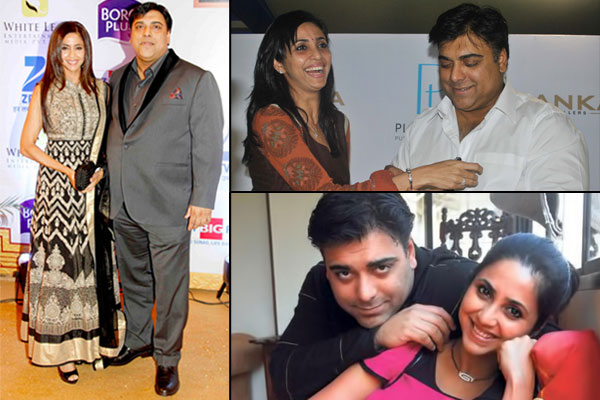 However, in reality, it wasn't that easy. In fact, Ram and Gautami were poles apart when it came to their basic personalities. Ram Kapoor described her as "Miss goody-two-shoes", who always kept up a reserved aura, he himself was of amorous nature. On the other hand, Ram was known to be a kind of playboy, who loved 'women who partied and drank', and certainly, Gautami was not his 'type'. However, as the cliché goes– opposites attract; soon Ram and Gautami had developed a great camaraderie. And, it was not long before they realised that they were made for each other.

When Ram Kapoor proposed to his ladylove, Gautami Gadgil 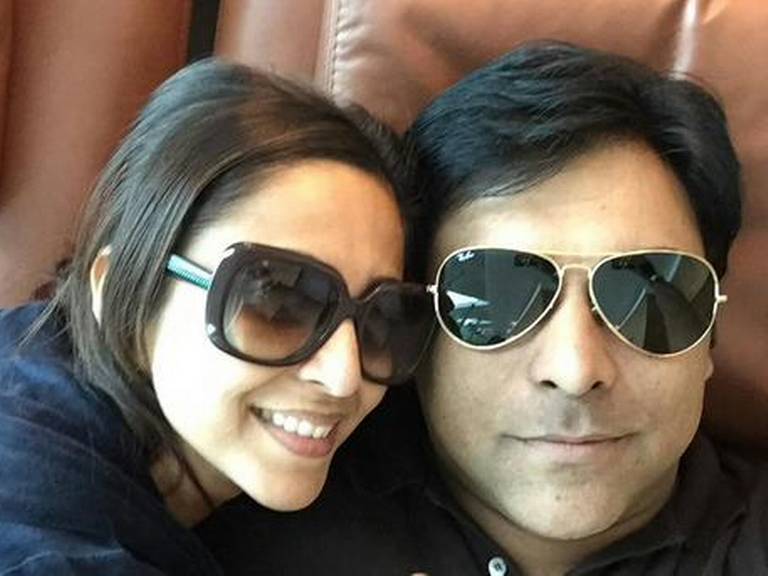 They might have proposed to each other or their co-stars in a very romantic style on-screen. But, their real-life proposal was quite simple yet so beautiful. The two were at a wild party one evening, where Ram had proposed to Gautami to get married, which she had readily accepted.

Take A Look: The Women Aly Goni Has Dated Or Was Linked Up With Before Falling In Love With Jasmin Bhasin 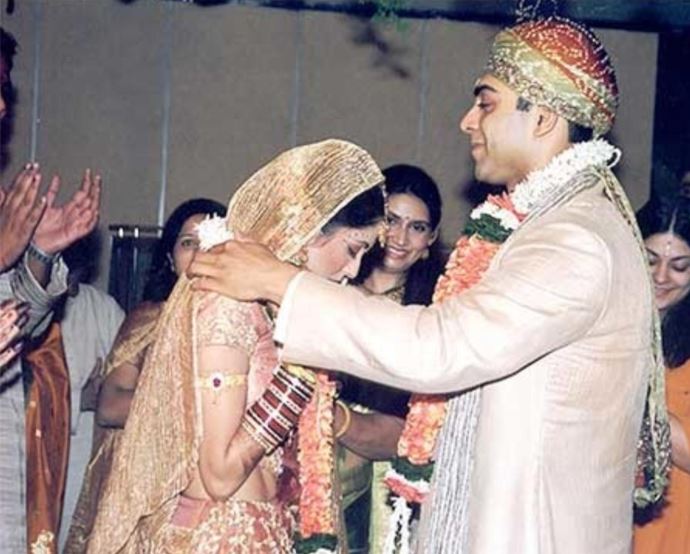 True to their mushy romance, Ram Kapoor and Gautami Gadgil got married on February 14, 2003. Yes! On the day that is meant for true love and lovers, Valentine's Day. It was Gautami's decision to get married on Valentine's Day, who sees this day as a special one to express and reciprocate feelings for the love of your life. There was initially some protest from their families, but they had managed to convince them. Gautami is a Maharashtrian and Ram is a Punjabi, but they had tied the knot as per Arya Samaj rituals. Ram and Gautami got married at the Mayfair Rooms in Mumbai and had celebrated their honeymoon in Casa Moi, a small island near Bangkok. 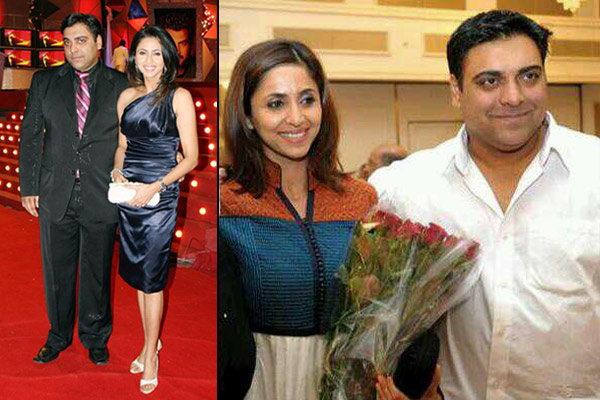 Also Read: Vijay's Love Story: When Thalapathy Fell For His Fan, Sangeetha And Married Her In A Dream Wedding 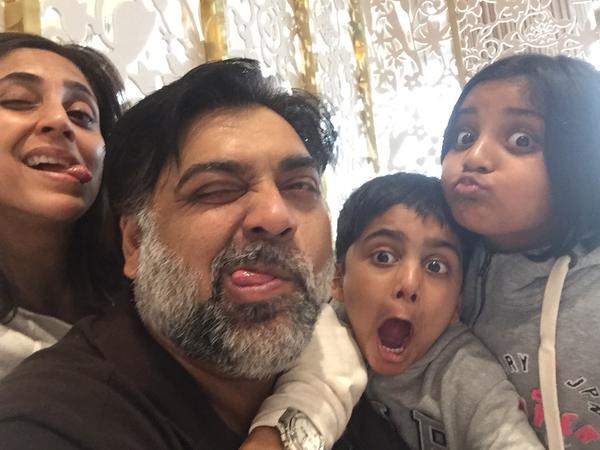 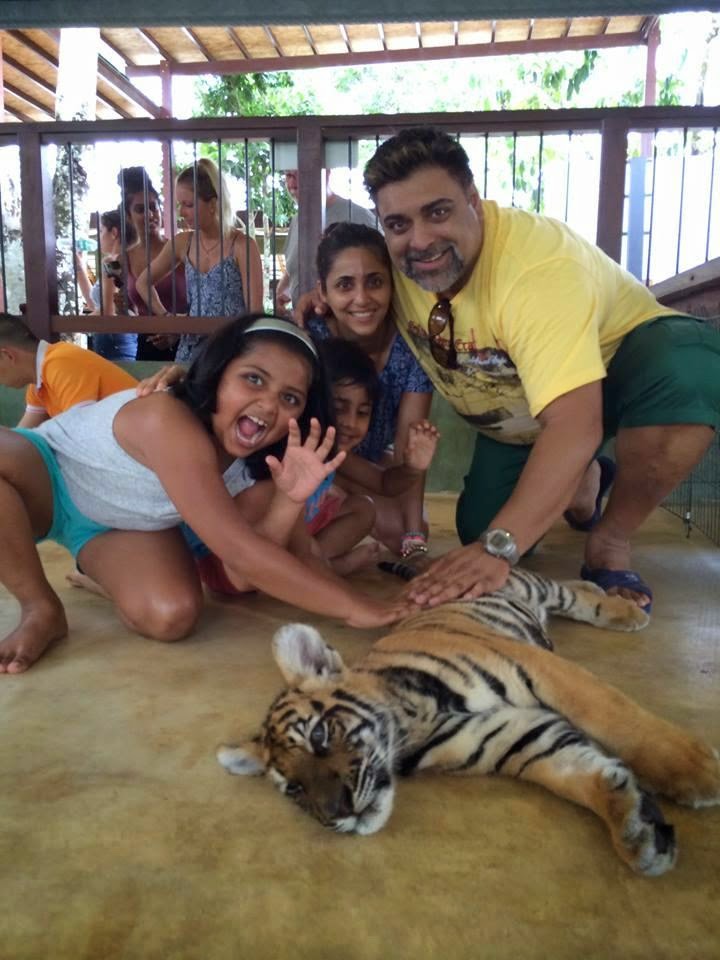 While Gautami had taken a break post-pregnancy, Ram had continued to shoot up the ladder of success with serials like Kasam Se and Bade Acche Lagte Hain. And, the two were last seen together in the movie, Shaadi Ke Side Effects. 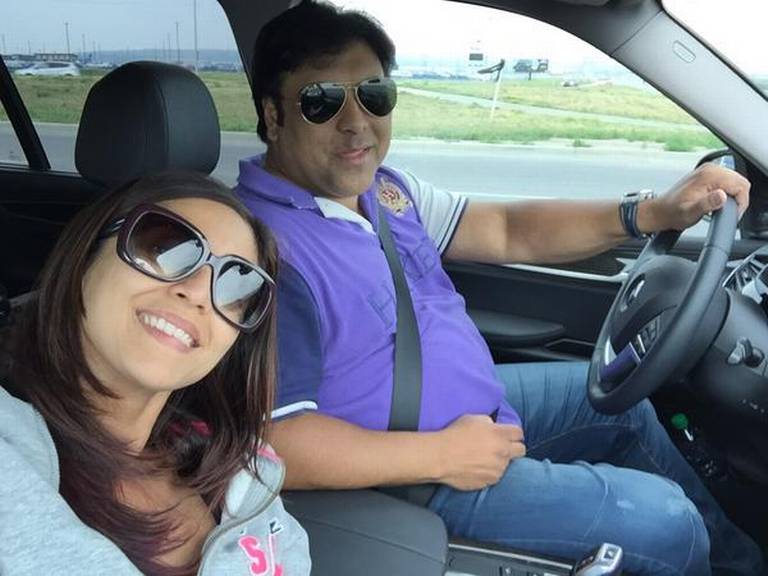 Been together for so long and still going strong. Here is what Ram Kapoor had to say about his beautiful wife in an interview with a leading media portal, a few years ago:

"I think I have made the best decision in choosing my life partner. She is also from the industry and understands the nature of job perfectly. She knows that I have to work for long hours. I am blessed to have her in my life. At times I certainly miss being with them and wish that I could spend more time with my family." 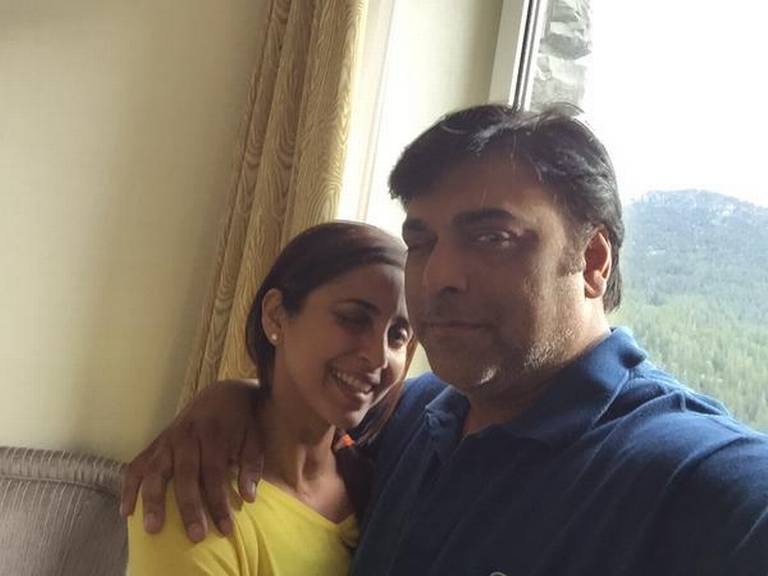 The doting wife, Gautami Kapoor, had also talked about her husband, Ram Kapoor, in one of her rare interviews with a leading media portal some years ago. The actress had revealed what she feels about her life with Ram:

"My journey with Ram has been great fun…Happy , challenging, satisfying. We are together for almost 15 years now and I am so proud that he has worked hard and achieved all the success."

Must Read: Love Story Of Karan Mehra And Nisha Rawal: From Love Marriage To Being On The Verge Of Divorce 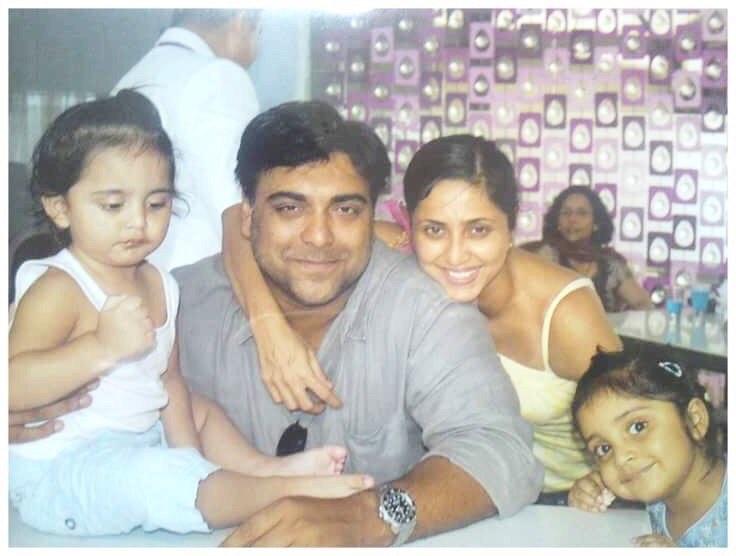 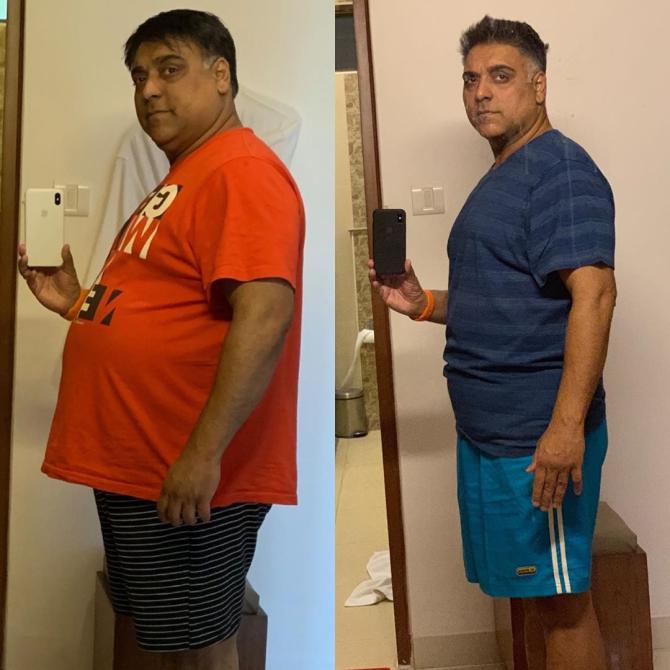 In a conversation with The Times Of India, Ram Kapoor had talked about his weight loss journey. The actor had said:

"I feel you have to be mentally very strong to achieve something like this and I had mentally prepared myself for it. People feel giving up cigarettes, alcohol is harder, but believe me giving up food, especially when you love it, is way harder. But as I told you I was mentally preparing for the last two years.” Ram Kapoor had further revealed that his wife, Gautami Kapoor had never pressurised him to lose weight, in fact, she was his inspiration. He had added:

“Actually, Gautami is my inspiration because when I see how fit she is even after delivering two kids, I can’t help but get inspired. She has been my biggest strength and motivation throughout my journey.'' 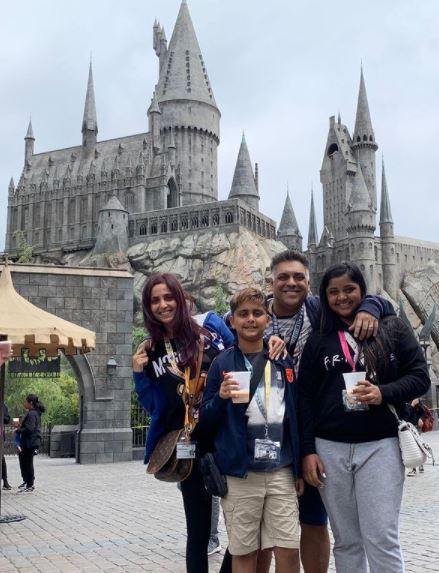 Ram Kapoor and Gautami Kapoor's strong and unconditional love for each other is surely an inspiration to everyone. They have been giving us many couple goals in all these years. Thus, we wish this gorgeous couple a lifetime of happiness and togetherness!

Next Read: 8 Celebrity Couples, Who Postponed Their Wedding Due To The Deadly Second Wave Of COVID-19 In India