Hardly two-years-old and Taimur Ali Khan is already nation’s crush and obsession! Every new picture of chote Nawab comes in and we cannot help but gush over his cuteness. On December 20, 2018, Saif Ali Khan and Kareena Kapoor Khan’s little munchkin will turn 2, and just like his first birthday, Taimur fans are hoping to get a glimpse of the birthday boy and his birthday bash this year too. (Also Read: Unseen Pic Of Taimur Ali Khan Making Puppy-Face, Carries Personalised-Matching Bag With School Dress)

Looks like Kareena and Saif have decided to throw a pre-birthday bash for Taimur Ali Khan, inviting all his friends to the party. The birthday celebrations of Taimur kick-started on December 7, 2018, almost two weeks prior to the big day, and his little friends including his cousin, Inaaya Naumi Kemmu attended the bash.

In one of the Deccan Chronicle report, a source was quoted as saying, “Taimur has his own friends in school now, plus many other pals from the film fraternity like AbRam (Shah Rukh Khan’s son), Laksshya (Tusshar Kapoor’s son), Aaradhya (Abhishek-Aishwarya Bachchan’s daughter), etc etc. Plus, there’s Taimur’s most favourite little sister Inaaya (Soha Ali Khan and Kunal Kemmu’s daughter). Also, Taimur now understands the nitty-gritty of birthday parties, the cake, candles, balloons, games. He will definitely have a party for his birthday this time.” (Also Read: Aaradhya Bachchan Gazing At Big Sister Navya Naveli Nanda's Birthday Cake Is All Of Us Ever [Video])

Meanwhile, another report in Filmfare suggested that Taimur Ali Khan along with his parents, Kareena Kapoor Khan and Saif Ali Khan will ring in his second birthday in South Africa. The source revealed, “In the coming few days, Kareena will be leaving for South Africa due to her work commitments and later she will be joined by Saif and Taimur there. The idea of celebrating Taimur’s birthday there has got Kareena very excited. Unlike last year, they plan to keep it low-key and more private.” Taimur was recently spotted by the shutterbugs with his mother, Kareena, post his playschool session. While Taimur looked super-adorable in a yellow polo tee and dark-hued jeans, Kareena aced her casual look in a plain tee and paired the same with black flared pants and sports shoes. But what caught our attention was Taimur’s customised bag with his name inscribed on it. Isn't that cool? Here, take a look: 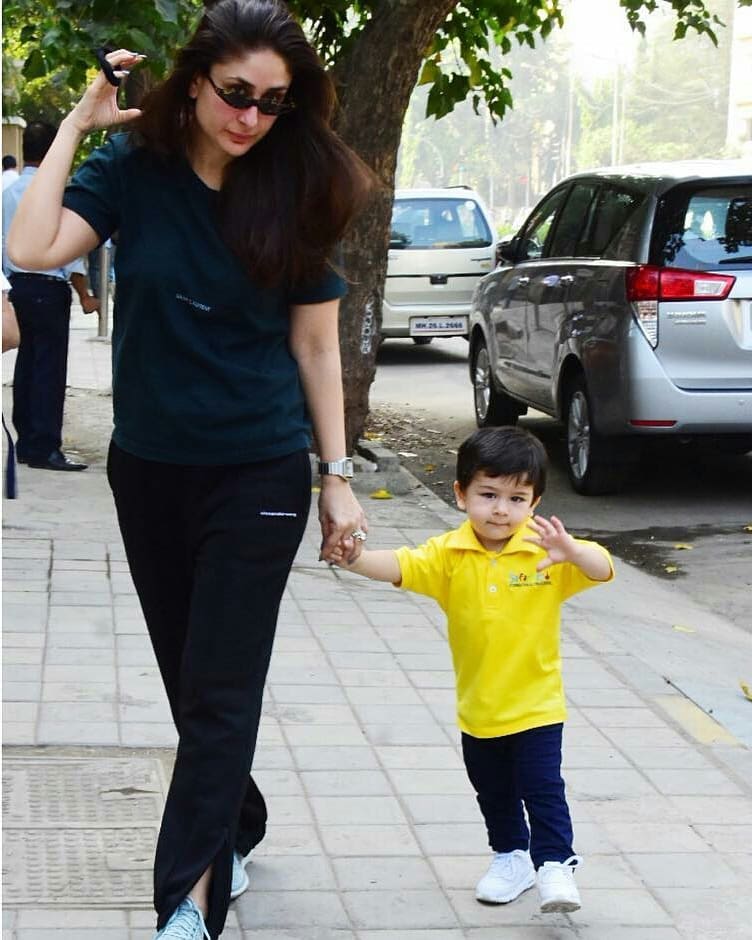 Like most of the star kids, Taimur too will be sent to a boarding school, where he can lead a normal life, away from the paparazzi. In an interview earlier, Saif had stated, “Maybe I’ll send him to a boarding school when he is 13. I don’t know, growing up as a star kid, going to the schools of Bandra and Juhu. He needs to see the world.” Very recently, mommy Kareena too, opened up about the same and stated, “They are leaving us with no choice. But of course, as a mother, it would kill me to send him away. And I think it'd be unfair and I tell Saif that it'd be like running away from reality because this is the reality.” 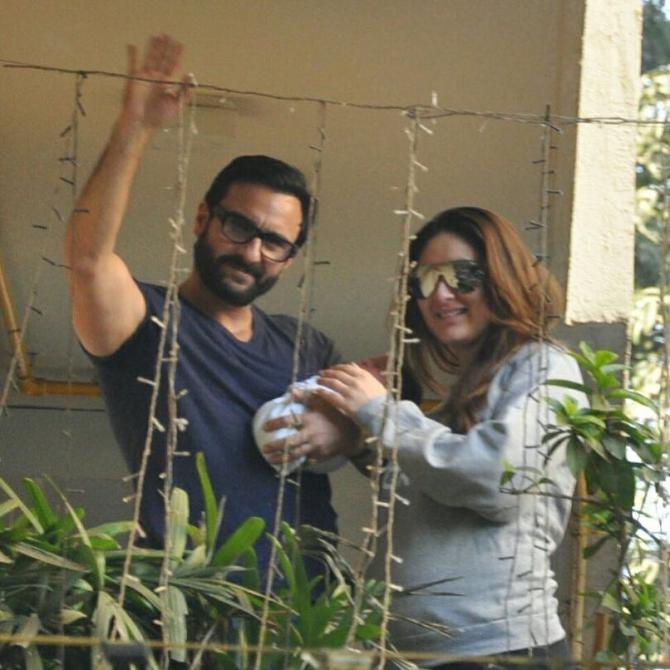 In an interview with Mumbai Mirror of late, Kareena talked about the obsessiveness with her son, Taimur and that the markets are selling toys inspired from his looks. Bebo had shared, “Taimur can’t run away from his popularity and neither can his parents. When I saw the doll, I wondered what was I supposed to say. But Saif pointed out that it is because people love him so much and such things are a blessing for him. There is so much genuine warmth for our son that it’s bad to stop people from clicking his pictures or making his dolls. But, they should understand that he is a two-year-old child and needs a normal life. Both Saif and I are struggling to give him that and will continue to do so without telling the media to back off, no matter how annoying it gets after a point. It’s tough on him as it’s on Saif and me.” (Also Read: Taimur Ali Khan Dealing With Paparazzi At Young Age Is Perfect Glimpse Of A Superstar In The Making) Can’t wait to see more pictures of the birthday boy!