Thanks to the celebrities and tumults of fan pages of star kids that we get visual treats of these little gallops of cuteness, every now and then. While B-town celebrities have their own set of friend groups with whom they party and travel, their kids are not far behind! Taimur Ali Khan, Inaaya Naumi Kemmu, Kainaat Singha, Yash Johar, Roohi Johar, Nisha Kaur Weber, amongst other kids, are often spotted together hanging out or attending birthday bashes. (Also Read: Taimur Ali Khan Runs Around In His Game Mood As Saif Ali Khan Shoots For Web Series 'Sacred Games 2') 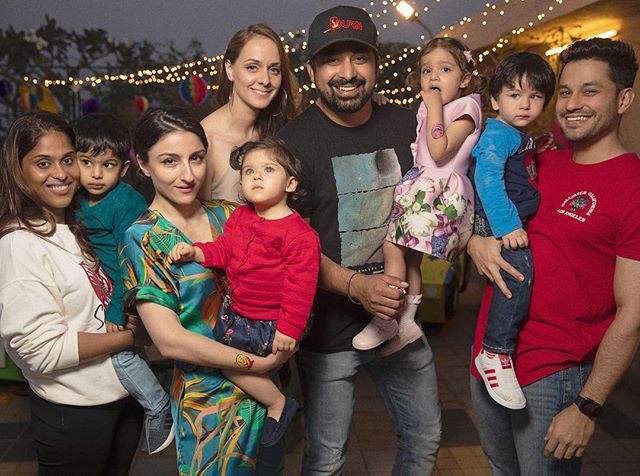 Prianka, Soha and Kareena are best of friends and they often organise playdates for their kids, Kainaat, Inaaya and Taimur. In November 2018, Soha shared a heartwarming video of Kainaat where she recognises Soha from her caricature on the cover of her book, Perils Of Being Moderately Famous. In the video, when a guy asks Kainaat pointing to Soha’s picture on the cover, the little one replies, “Inaaya mom”. Soon she again murmurs and says, “This is Inaaya’s mumma”.

Sharing the video, Soha wrote, “Inaaya mama!!” A book that talks about the perils of being known by association and in relation to other more famous family members - and here is baby @singhakainaat recognising me, the author, as “Inaaya mama”!! And I love it !! The best identity I have”, followed by a lot of heart emojis. (Also Read: Unseen Throwback Picture Of Sara Ali Khan With Her Stepmom Kareena Kapoor Khan, Picture Inside) In an interview with News18, Soha shared that because Taimur and Inaaya were born quite close, it had made her bond with Kareena stronger. She had stated, "We have become closer, also because we've shared so many experiences together. My getting married soon after she got married, my having a child soon after she had a child. These are things that do bring you closer together because you lean on each other for support and for advice and for help." 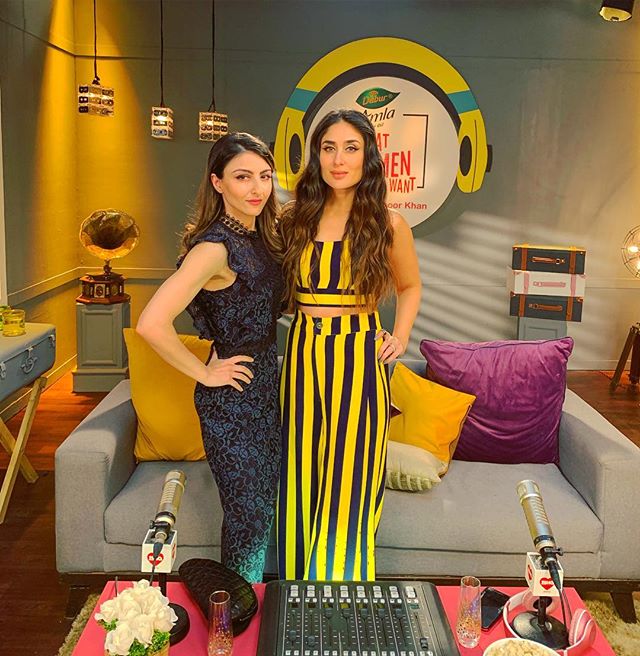 On her radio show, What Women Want, Kareena Kapoor Khan revealed that Saif Ali Khan is so obsessed with their younger one, Taimur Ali Khan that he sometimes cancels shoots to spend time with him. She had said, “Saif is obsessed! I have to push him out, I have to tell him to go.” She went on to recall an incident wherein Saif was to head out to Bhuj for a shoot and he was almost going to cancel it saying, “Nahi nahi, cancel the shoot. I can't go. I can't leave Taimur.” To which, Kareena added, “I'm like you have to go, you have to go to work. And I have to tell him that I want to be with you also now sometimes alone.” 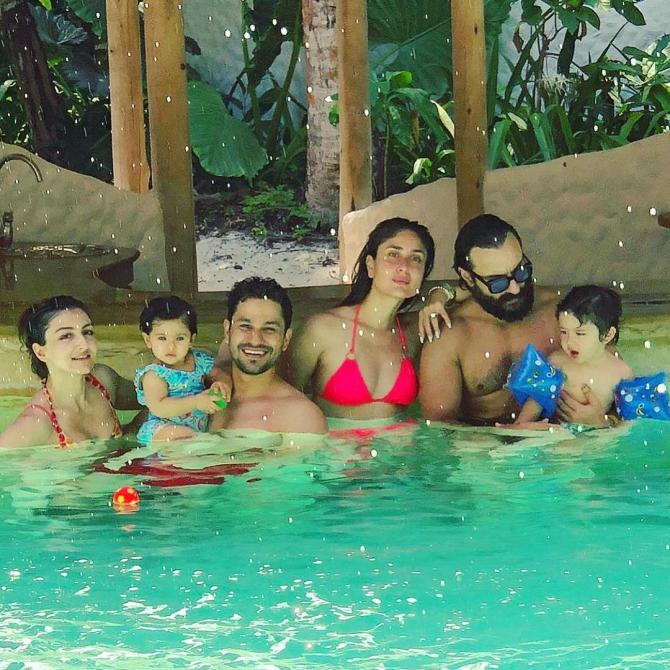 Soha too cited an incident wherein Inaaya and Taimur’s playdate got cancelled because Saif was hanging out with the little one. She shared, “He is so in love with spending time with Taimur. We've organised playdates and I have got calls saying Taimur can't come because he's hanging out with sir.” (Also Read: Kareena Kapoor Reveals Saif Ali Khan Cancelled Shooting For Taimur Ali Khan To Spend Time With Him)

Even though Taimur and Inaaya are in no mood to pose, but they look absolutely cute in this picture!