A private person, Taapsee Pannu made a blockbuster revelation pertaining to her love life and we all can already see Cupid hovering over the actress with love arrows!

Wrong are the people who say that destiny decides your way forward in life! While we don’t negate the importance of qismat in helping you find a good head start in life, but it is talent, hard work and the penchant for doing something that act as the perfectly blended smoothie that you were willing to have! And that is exactly how Taapsee Pannu, who has climbed the radar of an A-listed Bollywood actress, came into the ballgame. A private person, Taapsee made a blockbuster revelation pertaining to her love life and we all can already see Cupid hovering over the actress with love arrows! (Do Read: Sanjay Dutt Reveals His Mom, Nargis Was Louder Than Wife, Maanayata, Says She Never Lets Him Fall)

Taapsee has always been extremely secretive about her love life. Time and again, there have been rumours about the actress’s secret engagement and wedding, but she had shunned them all. But when ‘loveria’ happens to you, you ought to shout all about it from the rooftops and that is exactly what this Rashmi Rocket actress did. In a latest interview, the actress and her sister, Shagun Pannu shared many interesting details about her current dating spree. Some of the thoughts that Shagun has about her star sister, Taapsee’s choice of men, will make you go all rolling-on-the-floor-laughing! Confirming the super good news that Taapsee Pannu is dating someone and that he doesn’t belong to the glamour industry, the 32-year-old shared, “I’m not married and people who are genuinely interested in my life not just to make gossip columns about it, know about it. Whoever is the person in my life is not into the profession where people are more curious about him. He is not an actor or a cricketer. He’s not even from here around.”

But do you know who Taapsee Pannu should actually thank for meeting her ‘Prince charming’? Her sister, Shagun Pannu! About the same, Shagun shared, “Now, she may have got lucky. Taapsee must thank me because it was because of me that she met him. Honestly, apart from him and another guy who I liked, but I don’t know where from Taapsee finds these weird guys. First of all, they are so ugly.” Taapsee was quick to respond to her sister and quipped, “I have kissed a lot of frogs before meeting my prince.” 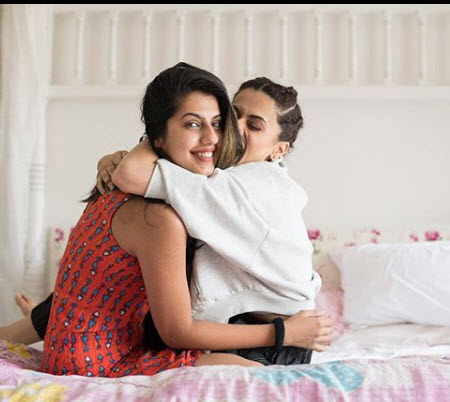 Further revealing when marriage is on the cards for Taapsee Pannu and her boyfriend, and how her wedding would be like, the actress stated, “I will get married only when I want to have babies. I want to have kids out of wedlock. I don’t want an elaborate wedding either. It will be one long day with close friends and family. This multiple-day thing is too tiring. It will be like a compact one-day thing.” (Must Read: Sidharth Malhotra Spills The Beans About His Relationship Rumours With Kiara Advani And Tara Sutaria)

In July 2018, rumours were afloat that Taapsee Pannu had a secret engagement and is all set to get married soon. It was also reported that the Judwaa 2 actress’ parents had headed off to Goa to look for a suitable match for their darling daughter. And soon after, fans and media had yearned for Taapsee to throw base on the same and finally, she did! Taapsee had then taken to Twitter and had put an end to all rumours via a witty tweet. In a reply to an online portal who had written about her engagement and marriage rumours, Taapsee had penned, “Really! Strange I was let invited to my own engagement... and just so u know my parents haven’t visited Goa since the past 10 years... unless u think I got engaged 10 years back.” Here’s a screenshot of the tweet:

In an event held earlier this year, Taapsee Pannu had talked about her first heartbreak. She had shared, “My first relationship was in class 9 and it was a delay as compared with my friends. It was awkward and funny because the guy I was dating broke up with me citing 10th Board exams. He said he needs to concentrate on his studies. I still remember, at that time we did not have a mobile phone. There was a PCO behind my house. I used to call him on the phone, and I would cry and ask him, 'Why are you leaving me?”

Speaking about the kind of partner that she yearns for herself, Taapsee Pannu had stated, “I am a Leo, born on August 1 and it is a deadly combination. I like to be the centre of attention in my personal and professional life. If my partner is easy to control, it’s no fun. I am in need of someone who can match me. I should be able to look up to him and respect him." She had also spoken about ‘her way’ of dealing with heartbreaks, “Whenever I am in a relationship, I feel like this is it. He is the person and I imagine my entire life around it. But then that dream breaks one day and then I comfort myself with the fact that maybe he was not the one but the next one will be." (Also Read: Sonam Kapoor Ahuja Wishes Her '64 Years Young' Father-In-Law On His Birthday With A Family Picture) 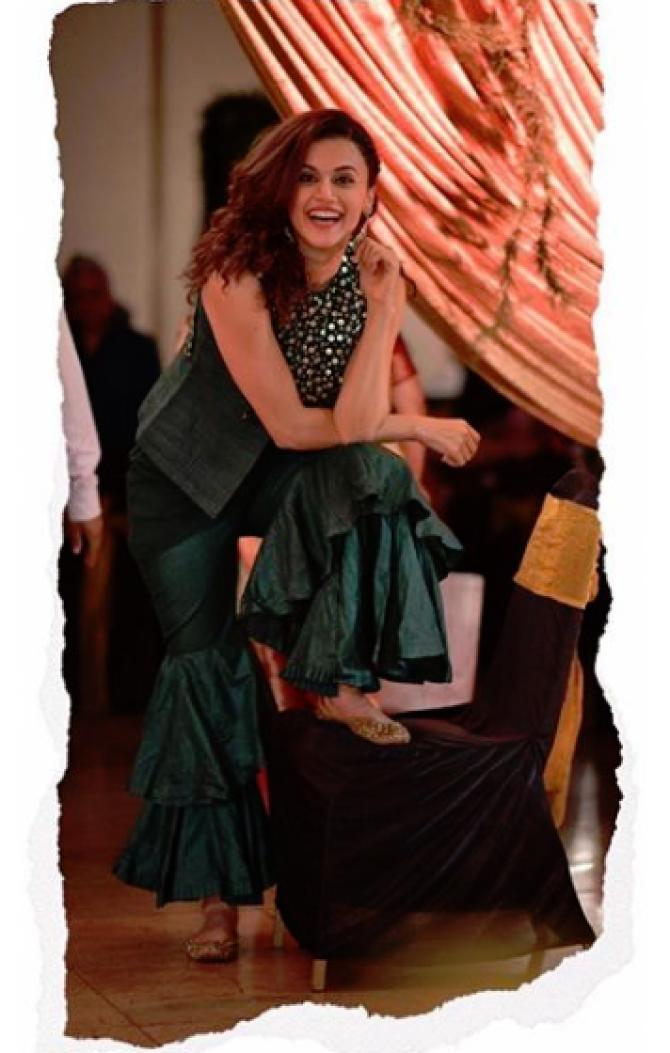 We hope that you won’t have to deal with any more heartbreak in life, Taapsee. Tonnes of congratulations to have found the love of your life! Can’t wait for you to introduce him soon!