She was never a person who chased love. She was one of the first few celebrities to have adopted a child in her early 20s. She was the first Miss Universe from India. With a thousand ‘firsts’ and ‘goals’ in her kitty, Sushmita Sen is now one of the ‘World’s Most Admired’ and she rightfully owns all the reasons! As some rightfully say that a woman’s actual life begins at 40, Sushmita at 43, is garnering an even greater fan-following and admiration for the person she has become, in recent times. (Do Read: Aarti Chabria Met Hubby, Visharad In A Traditional Way, Says, She Is Glad To Listen To Her Parents)

Sushmita Sen now has a happy family of four. It is true, that marriage is not a quintessential element to establish one’s relationship and Sushmita, her two daughters, Renee and Alisah and her beau, Rohman Shawl, constitute an awesome foursome family. The family of four are currently in a holiday mode and often shares with us glimpses of their quite enviable Armenian holiday. Just two days back, Sushmita had taken to Instagram and shared a sneak peek from their Yerevan days. In the picture, the entire family can be seen twinning in yellow, as Rohman made a straight face. Sharing the image, Sush  had written, “Why so serious Jaan Meri @rohmanshawl brilliant group effort for this #familyselfie WE FIT #sharing #sunflowers #cherished #moments #holiday #yerevan #armenia we love you guys!!!#duggadugga.” And very recently, Sushmita Sen took to Instagram and posted a series of videos about the amount of fun they are having in Armenia. Sharing the same, the Chingaari actress wrote, “God bless #armenia & it’s wonderful People!!! Every moment magical & forever cherished!!! Alisah carries a song in her head that she can dance to anywhere...just like her mom Renee & @rohmanshawl mostly wondered what to do with us #sharing #moments #beautifultrip #yerevan #vernissagemarket #northavenue #cascade #republicsquare @leocaferestaurant @madi_officialpage #duggadugga I love you guys!!!! #happiness #life #family #love.”

Sushmita Sen’s personal life is not a closed fact anymore that she is dating the dapper model, Rohman Shawl and the stunner is already a mother to two awesome girls, Renee and Alisah, whom she had adopted quite early in her 20s. When a man enters their mother’s life, it is important for the kids to approve of him and how beautifully, Rohman Shawl has won over Sushmita's daughters' hearts! Sushmita Sen, Rohman Shawl, Renee and Alisah are often seen singing, dancing, enjoying birthdays and holidaying with each other and for the same, they have apparently decided to take the next big plunge in their relationship. No, they are not getting married, but instead, are reportedly living in together! As per a SpotboyE report, Sushmita Sen and her beau, Rohman  Shawl have apparently started living-in together at the former’s Bandra apartment. A source had shared with the portal, “Rohman Shawl used to be a regular visitor at Sushmita Sen’s home, so much so that her daughters got too familiar with him. And now the couple came to this beautiful conclusion.” (Must Read: Nick Jonas Went Out Of His Way To Celebrate Priyanka's B'day, Makes It Special With A Grand Cake) In an interview with Rajeev Masand for the web segment, Women We Love, Sushmita Sen recently opened up about her life. Sushmita had shared with Rajeev that had it not been for a random guy in a room who had disturbed her, which had landed her hands on the direct messages on Instagram, there would have been no Rohman Shawl in her life! Opening up about the story, Sushmita Sen was quoted as saying, “It’s a very, very beautiful serendipity story. He sent me a direct message on Instagram and I didn’t check direct messages because I wasn’t sure if you check it, you may be allowing that person to start communicating with you. So, I had too many of these direct messages and I had not opened any and there it was.” 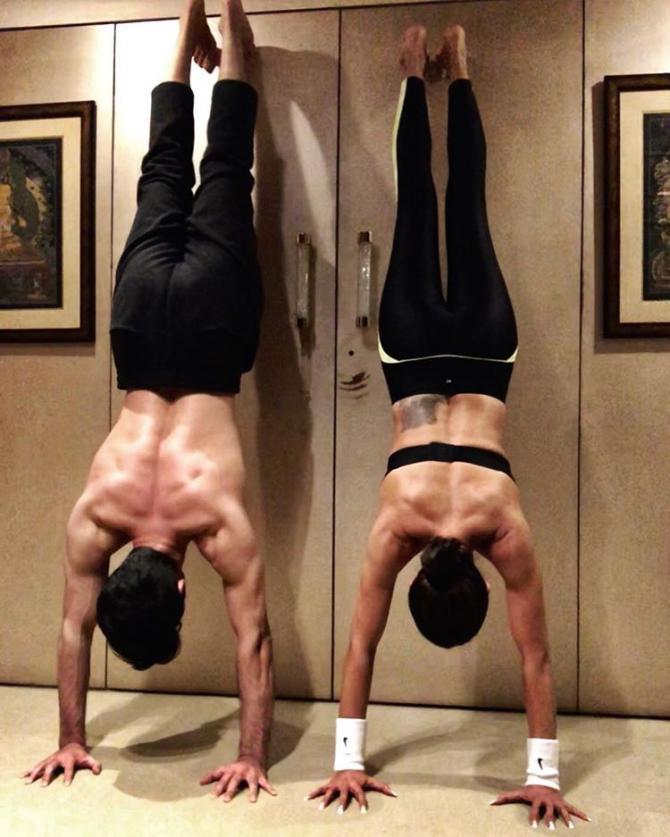 Sushmita Sen had further added as to how she had bumped into one of Rohman Shawl’s direct message on Instagram, “Touch screen phone ki Jai ho because I had gone to the DM to look at what all had come and I was scrolling through and this boy broke something in the room and I went talking to him and when I came back I had obviously opened one of the DMs and it was a message from him and I was like ‘Oh my god, how did I do that, god I should never be talking when I am near a phone’.” Sushmita Sen had also shared what her first text to Rohman Shawl was and what had happened when he realised that the former Miss Universe had replied to him. Sushmita Sen had opened up that her reply to Rohman Shawl was, “Thank you so much, your message made my day, I wish you all the happiness in the world.” And he again sent her a message which won had her heart. He had replied, “I am jumping from one room to another, I cannot believe you responded.” (Also Read: Arbaaz Khan Opens Up On His Equation With Ex-Wife, Malaika Arora, Says, 'Our Son Has Kept Us Bonded') 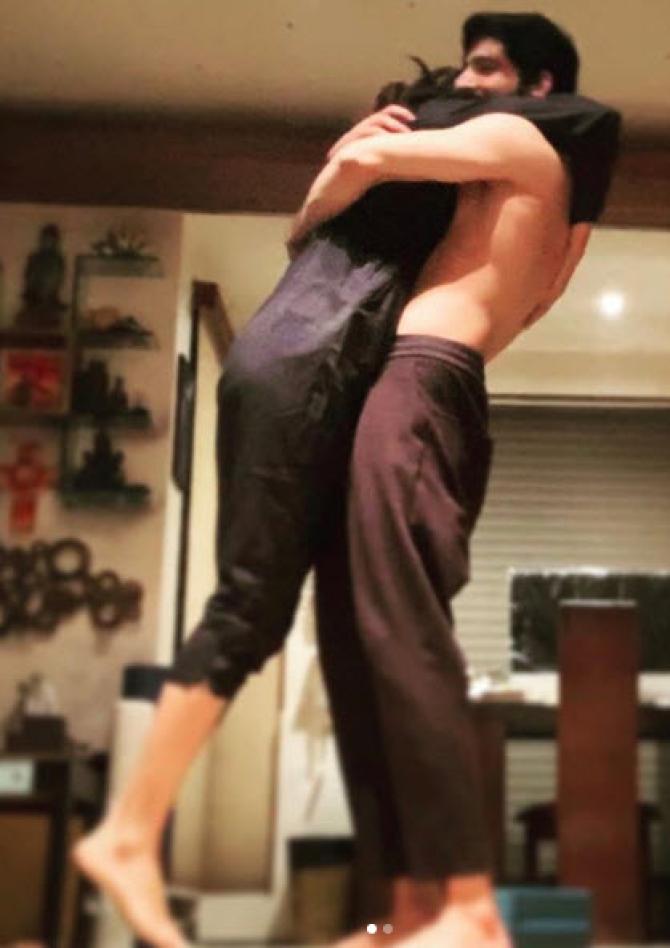 Guys, how do you like pictures from Sushmita and Rohman’s vacation? Let us know!