Sushmita Sen took the bold decision of adopting a little angel at the mere age of 24 and left everyone stunned with her decision. Recently, an act of Alisah Sen left her mommy teary-eyed.

The terms, surrogacy and adoption are still considered a taboo in India. Wonder women of Bollywood are fighting against it by taking the decision of adopting or going for surrogacy to embrace motherhood. Be it Ekta Kapoor opting for surrogacy or Sunny Leone adopting a baby girl, our B-town divas don’t leave any stone unturned to break the stereotypes. Who can forget the much-awaited moment when Sushmita Sen had stunned everyone by winning the most prestigious title of ‘Miss Universe’ in the year 1994? Post winning the title, she went on to influencing woman all over the world and educating them on various national issues. (Recommended Read: Vishal Aditya Singh Enters 'Bigg Boss' House, Uses Ex, Madhurima Tuli's Name To Gather Sympathy?)

Known for taking bold steps, Sushmita Sen had left everyone shocked when she had adopted a little angel at the mere age of 24 and fondly named her, Renee Sen. And in the year 2010, she had welcomed her second daughter, Alisah Sen and has been living her 'happily ever after' with them. Sushmita is known for living her life on her own terms and conditions in a man’s world. She shares a lovely bond with both her daughters and has been nurturing them with the best of her capability. Sushmita is currently dating model, Rohman Shawal and we have seen the family of four bonding well and enjoying their 'us' time. 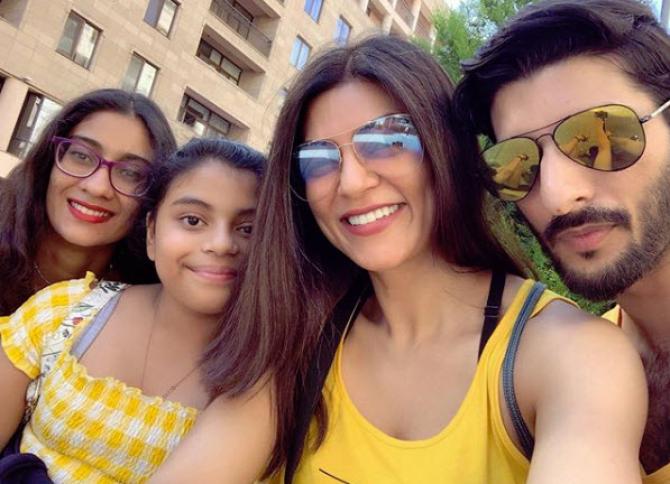 Sushmita Sen’s fondness towards her daughters doesn’t need any explanation as her social media handle is already a proof that her life revolves around Renee Sen and Alisah Sen. A recent act of Sushmita’s younger angel, Alisah left her teary-eyed and emotional. On November 10, 2019, Sushmita took to her Instagram handle and posted a video of Alisah, where she could be seen reading out her easy which she had presented in her school. And more than her, it was the topic of the essay which made us proud of the little angel just like her mother. Alisah has written an essay on the topic ‘adoption’ which is close to her mother's heart and made Sushmita all emotional.

An emotional Sushmita Sen shared the video of Alisah Sen and wrote, “You gave life in such a way, that you saved one” #alisahsen #10yrsold #essay #adoption. She had me in tears!!! This magnitude of love, acceptance, security, purity & honesty...the divinity in her convictions...uffff! Just listening to her opens the heart!!! #sharing #truth #kindness #bornfromtheheart. I love you guys!!! #listen #duggadugga.” Sushmita has time and again encouraged parents on adoption and has been taking action towards the same by sharing her adoption experience and how her life changed after that. (Suggested Read: Malaika Arora Celebrates Son, Arhaan Khan's Birthday With Ex-Husband, Arbaaz Khan And Her Family) 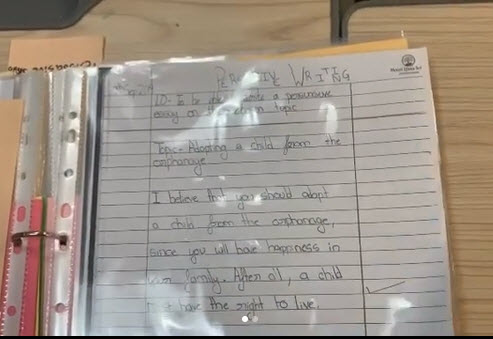 In August 2019, Sushmita Sen had attended an event at Federation of Indian Chambers of Commerce and Industry (FICCI), Hyderabad and had talked about adoption. Sharing the snippets from the same on her  Instagram handle, she had written, “#bornfromtheheart. Thank you, Shilpa Datla & the entire team of #ficciflohyderabad for inviting me to yet another enriching session of interaction with like-minded women!!! If this helps encourage & strengthen the resolve of people to be more open towards #adoption our job is done!!! I love you guys!!!” 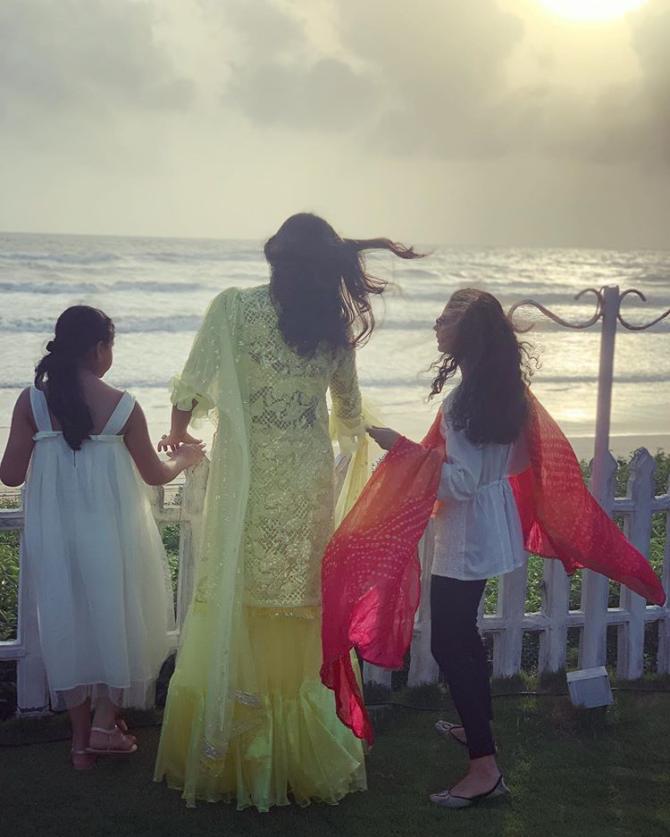 During the event, Sushmita Sen had clarified that how adopting her two angels, Renee Sen and Alisah Sen was not an act of charity. Sushmita, speaking about embracing motherhood, had shared that though she might not be the biological mother of her daughters, she has given birth to them from the heart. She was quoted as saying, “In the natural birth, the mother and the child connect through the umbilical cord but in adoption, the mother and the child are connected by this higher power, a connection that you cannot cut off. I have had the privilege of experiencing it twice. To become a mother who has given birth from the heart. I have not missed a day of feeling the joy of motherhood.” Sushmita Sen had further spoken about how proud she is of her 24-year-old self for making the wisest decision of adopting little angel, Renee Sen. She had added further, “The wisest decision I made at the age of 24 was to become a mother. It stabilised my life. People think it was a great act of charity and wonderful action but it was self-preservation. It was me protecting myself.” She had added, “Doing something that encompasses your heart, your calling always makes sure that you stay true to your DNA and who you are. Yes, the tough part was to do that at the age of 24-year-old when I was at the top of my game in my career. Being an actress is a challenging job. It is a very self-centred job. You have to be all about yourself. Your vanity has to be at its highest for you to be successful. But I am proud of the 24-year-old because I could have delayed the process, ignore the calling but I didn’t do that.” Sushmita Sen concluded the speech by giving the entire credit to her daughters, saying that it is amazing to feel that they are choosing her back. Sushmita had said, “The rest of it I give credit to my children because the truth is I chose them, they didn’t choose me. They didn’t have a say in it. Now, when my Renee is almost 20 and Alisah is 10, I get a feeling that they are choosing me back, which is a great feeling.” (Do Read: Paras Chhabra's Girlfriend, Akanksha Puri Opens Up About Her And Sidharth Shukla's Love Affair) We love the bond of Sushmita Sen with her darling daughters, Renee Sen and Alisah Sen.