Shah Rukh Khan and Gauri Khan's daughter, Suhana Khan has always been under the scanner. It seems that the celeb kid is ready for movies. Checkout the digital proof inside.

It is a universally known fact that every child is dear to his/her parent. No matter what, our parents strive to give us the best and in the midst of everything, they don’t worry to neglect themselves. So is the case with our celeb parents and more specifically, King Khan. Shah Rukh Khan and Gauri Khan have given everything best to their kids, Aryan Khan, Suhana Khan and AbRam Khan. (You May Also Like: Anushka Sharma Cheers For Hubby Virat Kohli By Juggling Between Work And World Cup, Details Inside)

Ever since, Suhana has come into the limelight, people have been waiting for the BIG announcement as to when she will enter B-town. Sometime back, Shah Rukh Khan had given us a glimpse of Suhana’s intense acting in a picture collage. Sharing the below picture, Shah Rukh had written along with it, “With my Juliet in London. What a wonderful experience and exceptional performances by the whole cast. Congratulations to the whole team.” Take a look at it here: 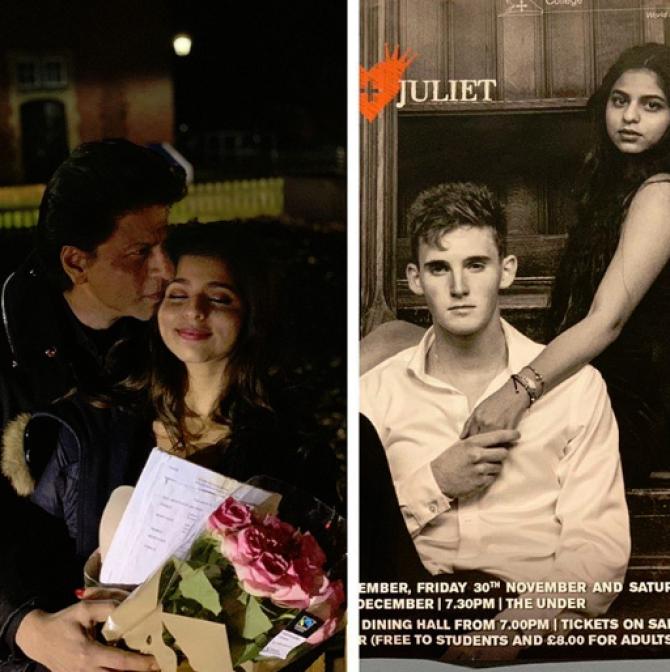 And now, we have got hold on another picture of Suhana wherein her intense acting can be seen through one single picture itself. One look at the picture and you will say that she seems to be ready for the big banner films. In the black-and-white click, we can see Suhana sitting in the car, giving a shocking look in the camera. While her lovely locks look dishevelled, she seems to be sporting a cool leather jacket. The picture was shared by a fan page, who mentioned that it is a shot from Suhana’s short movie by one of her college friends. Checkout: 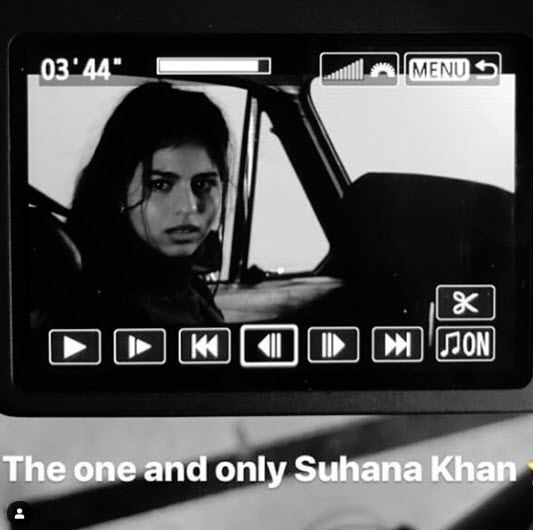 Speaking to the Mumbai Mirror about his children’s future plans, Shah Rukh had once shared, “Neither Aryan nor Suhana have been groomed to be actors. She will go to an educational institute for three-four years to train in acting after finishing school.” King Khan had continued that Aryan wants to become a director, “Gauri and I never told our kids that they have to grow up to be actors. People around would say handsome hai, tall hai, body achcha hai, but if looks were a criterion, I’d never have been an actor.” (Also Read: Sushmita Sen Leaves With Beau Rohman Shawl And Family For Rajeev Sen And Charu Asopa's Goa Wedding) 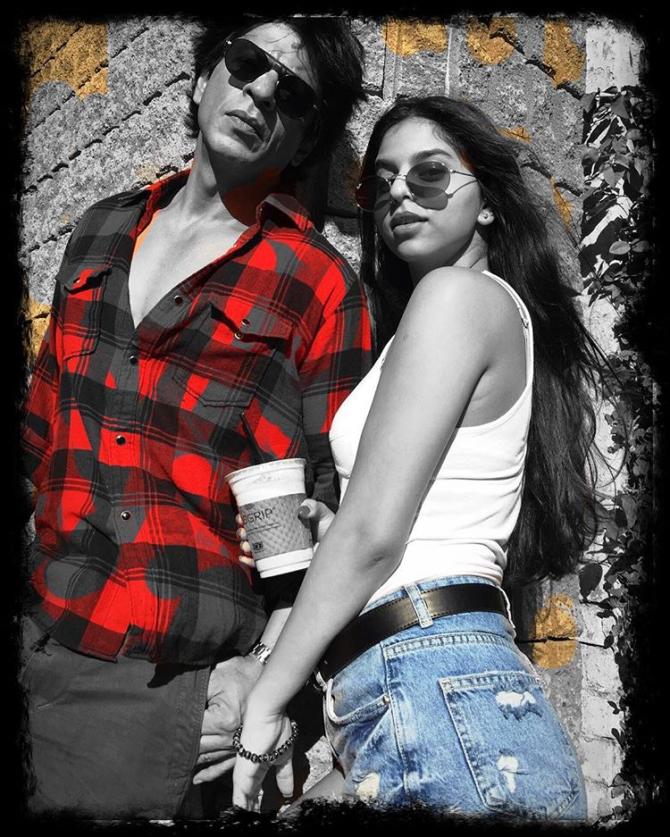 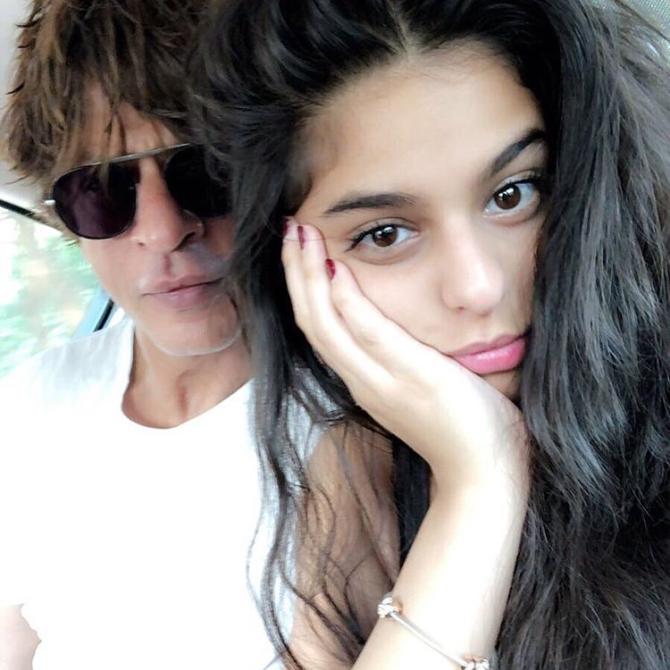 The 53-year-old actor also added at the event, “Well, if I still smell a little honest beneath all that’s public about me, then trust me, I’ve never tried to be dishonest with anyone. I mean, who am to do so? I was never the best-looking guy, the tallest person, the most able-bodied person, the best dancer, the guy with the nicest hair, not from a fine lineage and I did not come from an acting school that taught me to be a Hindi film hero.” 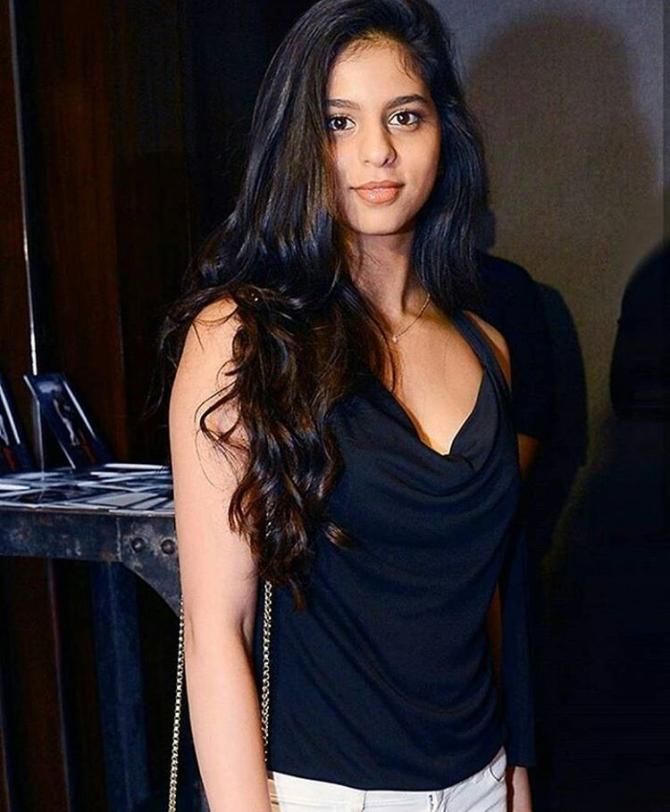 He had gone on to state, “How can I belittle someone on any of these seven-eight aspects? My wife, my children, I am all normal people and by saying so, I would be abusing my entire family. I'm a lower-middle-class guy with none of these trappings.” (Do Read: Janhvi Kapoor And Ishaan Khatter Ace Their Twinning Game In White At Karan Johar's Birthday Bash)

What do you guys have to say on Suhana’s intense shot click? Do keep us posted! Shah Rukh Khan and Gauri Khan’s daughter, Suhana Khan is one of the most loved celebrity kids on the block. The star kid, who was born on May 22, 2000, is known for her sartorial choices. Be it ethnic or western, Suhana has set the bar of fashion quite high. The gorgeousness