When life gives you 'cancer' you don't play the victim card, instead, you switch on your sunshine mode and give it a tough fight, and that's what Sonali Bendre taught us. Checkout her new post.

We understand the pain of suffering from a deadly disease or seeing our loved ones fight it out every single day. After all, we are no stranger to the word - cancer. It is not just a six-letter word, but rather it is a sentence that scares even the strongest of hearts. But Bollywood actress, Sonali Bendre taught us how to truly fight like a warrior when life hits you with cancer. (Recommend Read: Manish Naggdev On His Breakup With Srishty Rode, Says He Doesn't Have Bad Blood For Anyone)

Sonali not only switched on her sunshine mode but she also embraced her low phase like a queen with shining armour. She welcomed her 'new me' and gave a sigh of courage to all those fighting it. And while everything might look rosy from the outside, we all know the pain of the battle. The actress had sent waves of shock in the entire nation when she had announced being diagnosed with cancer news and moving to New York for her treatment. The world showered her with 'get well soon' wishes and we all hoped she came back as a winner. 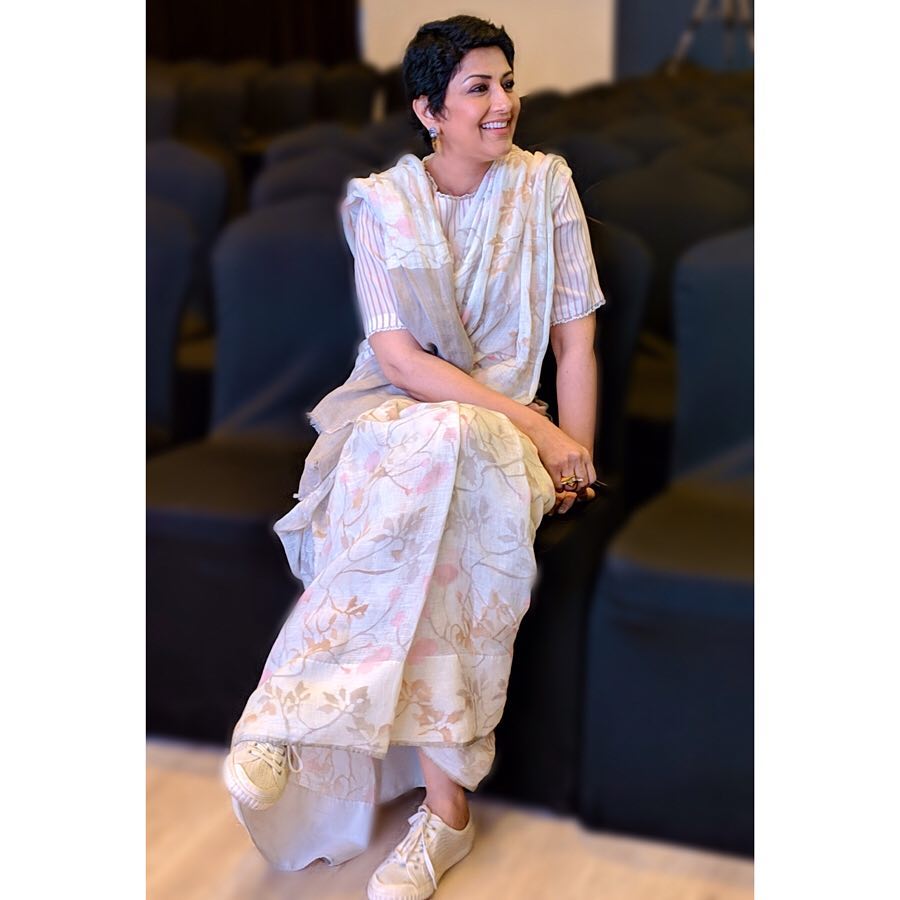 On July 4, 2019, it is been a year of Sonali's fight with high-grade metastatic cancer. Remembering her journey, she took to Instagram and penned an empowering post. Thanking her fans, she wrote, "Stay strong through your pain..grow flowers from it..you have helped me..grow flowers out of mine so..bloom beautifully ..dangerously loudly..bloom softly..however you need..just bloom. @rupikaur_ (Milk and Honey)  It's been a year... I can't tell you how instrumental YOU ALL have been... Thank you for helping me get through this and for helping me #SwitchOnTheSunshine #Gratitude #BeFearless #OneDayAtATime #MyNewNormal". Take a look at the picture below: 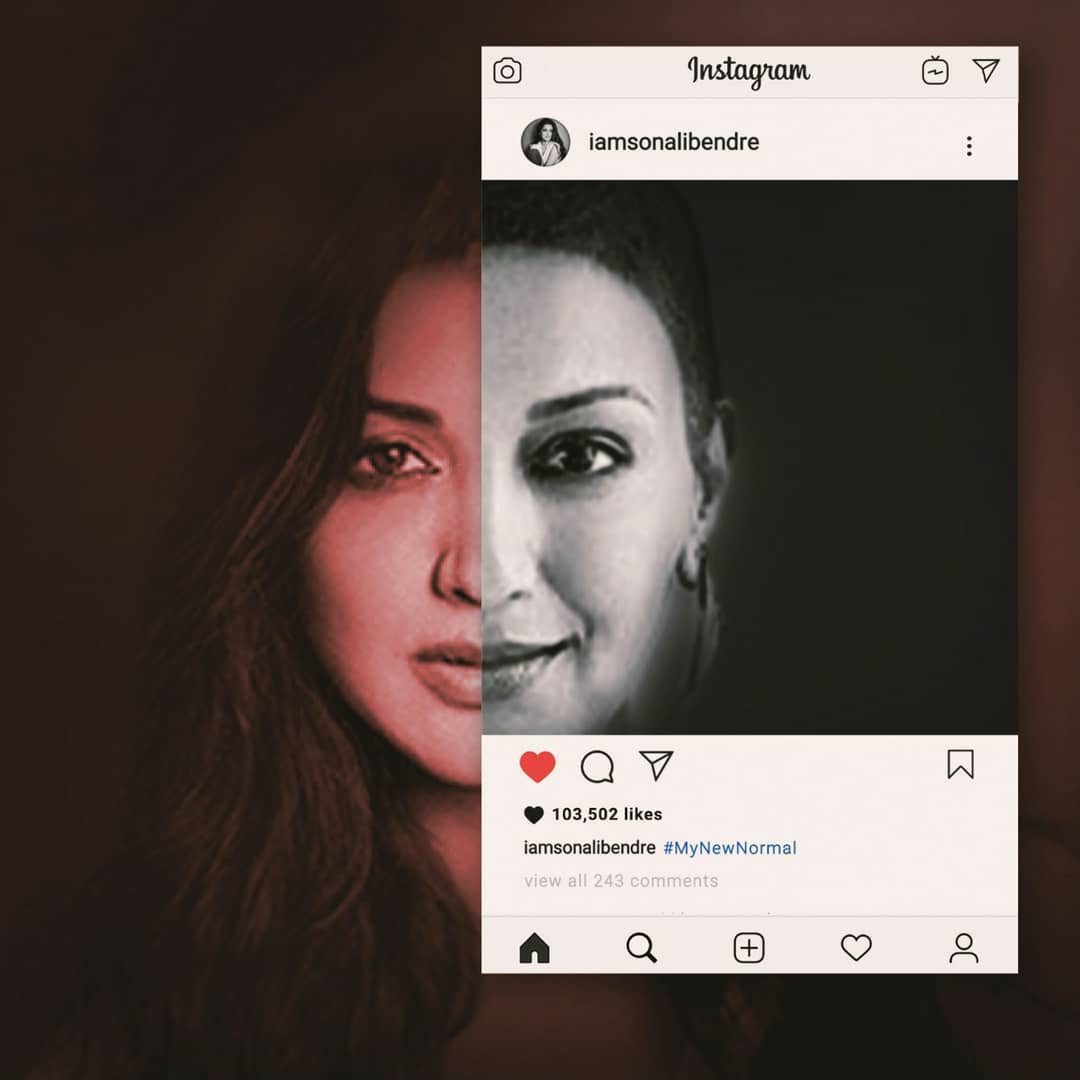 While the journey has been a tough one, Sonali, the brave-heart has sailed through it with her sunshine mode. And we all admire her courage. In an interview with Harper’s Bazaar magazine, the actress had talked about the time when she lost her hair due to treatment and how she embraced her new hair. She had revealed, “When I shaved my hair, my friends asked me to keep it, maybe make my own wig out of it, but I wanted the old hair to go, it was not mine. I wanted to let go. I think I hid a lot under my long hair." (Also Read: Malaika Arora Takes A Pick From Boyfriend Arjun Kapoor's Closet, Makes Us Wonder Who Wore It Better) 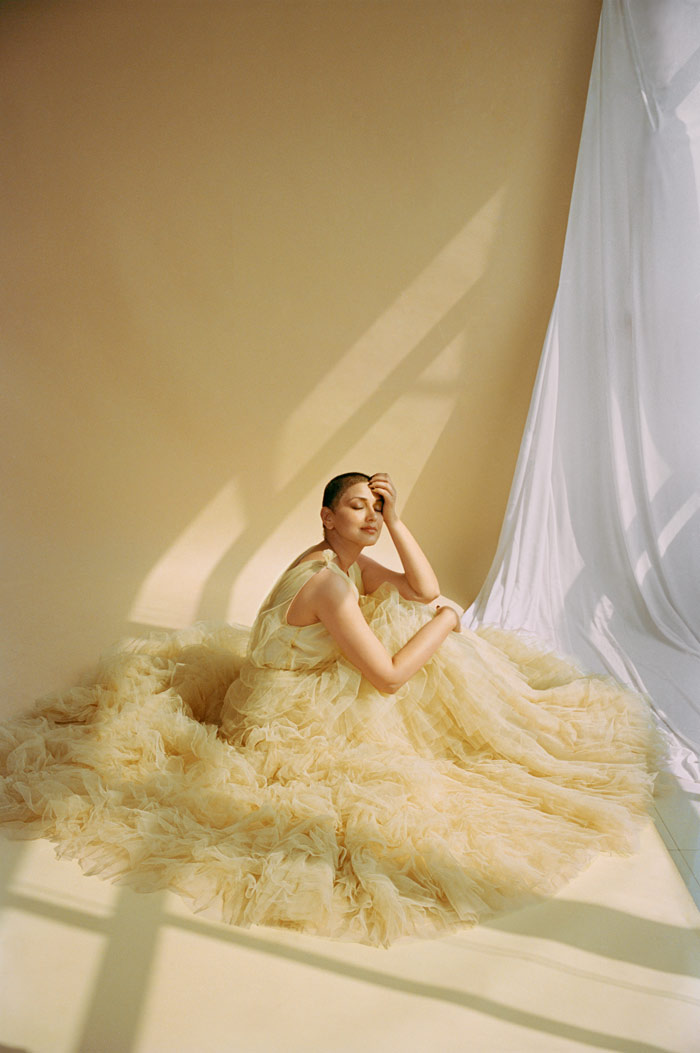 Sonali had also talked about her surgery scar in an interview with Vogue, and had stated, “My first thought was to hide it because it was a disease. I thought my ‘brand’ is overall along I had been endorsing healthy eating and health-focused products, and suddenly it was all gone. It was only when my oncologist said that I had fourth-stage cancer and a 30 percent chance that my whole world view changed. Suddenly I didn’t see any reason not to talk about it. I had done nothing wrong; it was not my fault I had cancer, so why was I hiding it?” 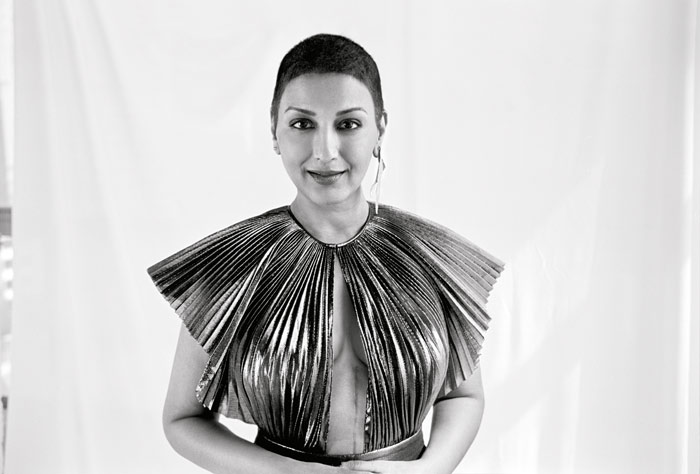 She had further added, “It’s unreal to remain positive all the time. There will be overcast days. I wanted to tell anyone who was feeling low that it’s okay to have negative emotions. We will feel high and low, and our job is to just try and prolong those highs.” Sonali also revealed about the time when she shaved her head in the bathroom, and had stated, “It was that very typical meltdown-in-a-shower scene. There was nothing new about it—it was exactly how you see it in books and movies, where the protagonist takes a razor and shaves it off. I wanted to write a new story, but it was the same old scene. My idea was to go for a haircut with my girlfriends, open a bottle of champagne and toast to the one glass I was allowed to have before I shaved my head! So that scene remains.” (Don't Miss: Navya Naveli Nanda Attends Rumoured Boyfriend, Meezaan Jaaferi's Debut Film Screening, 'Malaal')

Well, we always admire Sonali and her courage! 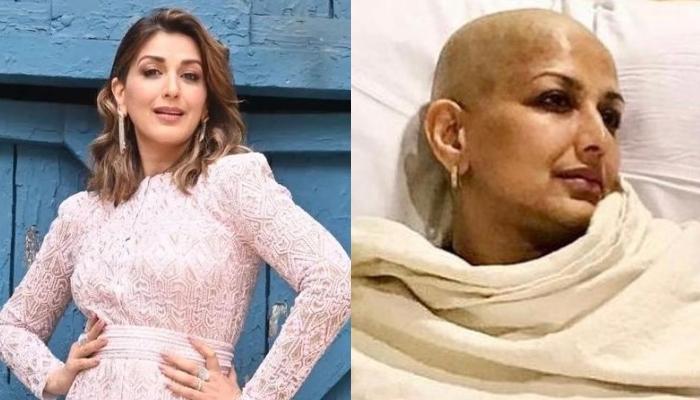 Bollywood actress, Sonali Bendre has gone through a lot in the past four years. It all started when she was diagnosed with metastatic cancer in 2018. She left the nation worried for her health, as within a few days, she had left for the United States for special treatment. After which,