Sonali Bendre has revealed how her husband, Goldie Behl had motivated her to post her bald picture during her cancer phase. Scroll down to know more!

Love has always been about being with your partner through thick and thin. The moment you start to part ways with your partner’s worries is the moment you can consider the love you had for your partner, dead. There is this strength in the love that makes you stick with one person for the rest of your life despite all the odds. And to understand this, we can always look up to Bollywood’s one of the most perfect couple, Sonali Bendre and Goldie Behl. Sonali, being a Marathi and Goldie, being a Punjabi make up for some delicious ‘Bhel’ that anybody would love to devour on for their life. (Also Read: Ruslaan Mumtaz Shares A Special Note As His 'Chota Baby' Turns One-Month-Old)

It was on November 12, 2002, when Sonali Bendre and Goldie Behl had decided on forever, and since then, the couple has been each other’s pillar of strength. The year, 2018 came as a setback for the Bendre-Behl family as Sonali was diagnosed with Cancer and had to fly to New York for her treatment. The actress was strong-willed and determined to not let this cancer phase turn into her life. And to boost her confidence, even more, was her husband, Goldie Behl, who had supported her and helped her look at all things positive. The actress had posted a bravely bald picture on her Instagram handle during her cancer phase which created a stir amongst her fans, as it was indeed one bold step. There was a wave of happiness, confidence and worries that her fans had gone through. Now, the actress has revealed how her husband had motivated her to post her bald picture. 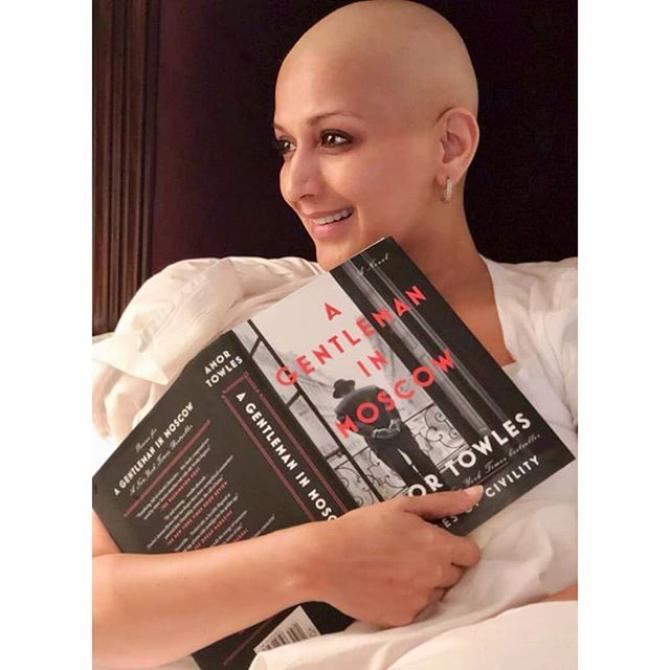 Recently, in a conversation with SpotboyE, Sonali Bendre was asked if she had consulted with her husband, Goldie Behl before putting out the bald picture. To which, she replied, “We were talking about it. Goldie used to, in fact, say that why are you being shy about it. He used to say I need to own it and that I look fabulous without my hair as well. Today, he tells me that ‘you should not grow your hair back, the short hair suits you very much’. My husband has been an amazing support.” Sonali also talked about missing her parents and the thing she would do first post lockdown is to meet them, “They are in the high-risk group and can’t travel much, so are at their place. Once this lockdown gets over, the first thing I would do is to go and meet them.” (Recommended Read: Mugdha Godse Reveals Her Equation With Beau, Rahul Dev's Son For The First Time) Talking about how she is taking extra precautions during the COVID-19 phase as she has been through cancer phase as well, the actress said, “You have to eat healthy and take care of yourself. There are certain things that I do follow. I have been doing a couple of things which seem to have helped. When you do chemotherapy, your body goes through a lot and your immunity generally drops to zero. But I have been through my entire treatment without any antibiotics. The fact that I went through strong chemo sessions without having to take antibiotics means my immune system was strong enough. There were small things I was doing like consuming turmeric, ginger, amla and some raw fruits-n-vegetables. My mornings still start with a green juice, followed by hot water which cleanses the body.” 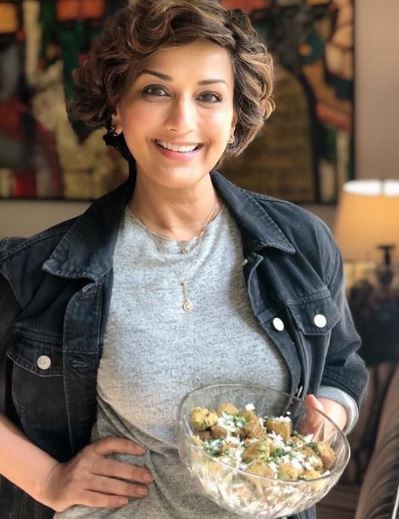 The actress also talked about her fear of not getting her hair back. She said, “More than the hair, I was worried about the eyebrows and the eyelashes-.everything was gone. So of course, it was a big fear. Because you see all my life it has been about looks and I can't deny that. It was definitely a very insecure feeling, alongside. Everybody says it will come back and all that--- but you don't know if it will actually. I was very happy when my eyelashes and eyebrows started growing back. They are not exactly how they used to be, but it's okay, at least I have some lashes because they were completely gone at one point.” (Don't Miss: Taimur Ali Khan Yet Again Hijacks His 'Abba', Saif Ali Khan's Live Interview With His Cuteness) 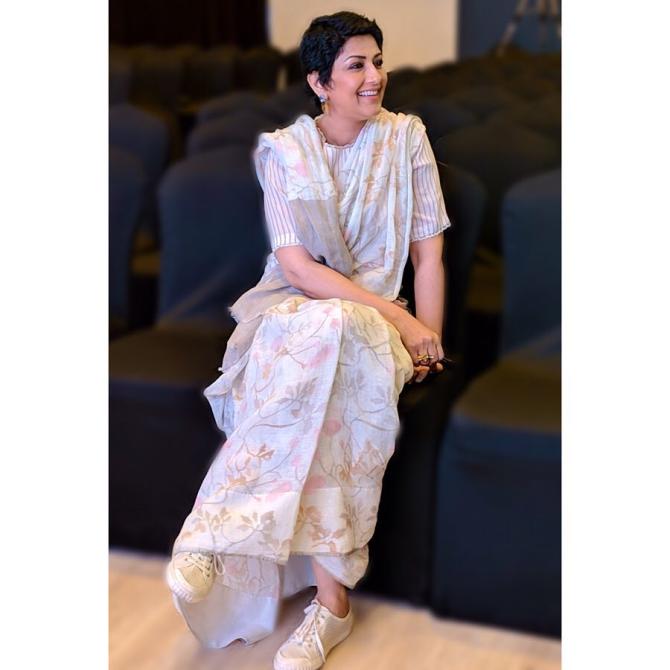 We truly laud Sonali Bendre’s confidence during her struggle with cancer, and wish every husband to be as supportive as Goldie Behl!