In July 2018, everyone came to know that Sonali Bendre has been diagnosed with high-grade metastatic cancer. Now, after a year, her hubby, Goldie Behl reveals if she is making a comeback anytime soon.

2018 saw many celebs taking wedding vows and a lot of celeb couples embracing parenthood, but what it also saw was the disastrous BIG C, called cancer. We got to hear so many news regarding our favourite celebs who were diagnosed with cancer and it just disturbed everyone. In July 2018, one of the pretty actresses, Sonali Bendre had shared that she was diagnosed with a 'high-grade cancer', and no one could believe it for once.

It was astonishing to hear that Sonali was suffering from cancer as she has been one of those celebs who keep a track to live a healthy life. Nonetheless, ever since this news came to the forefront, all her fans have only wished for her speedy recovery and she is fighting this daunting disease like a warrior princess. More so, it is the support of her family, husband, Goldie Behl and son, Ranveer Behl, who have been standing like pillars of strength for her. (Also Read: 'Yeh Rishta Kya Kehlata Hai' Fame Priyanka Kalantri Becomes Mother, Vikaas Kalantri Shares The News) 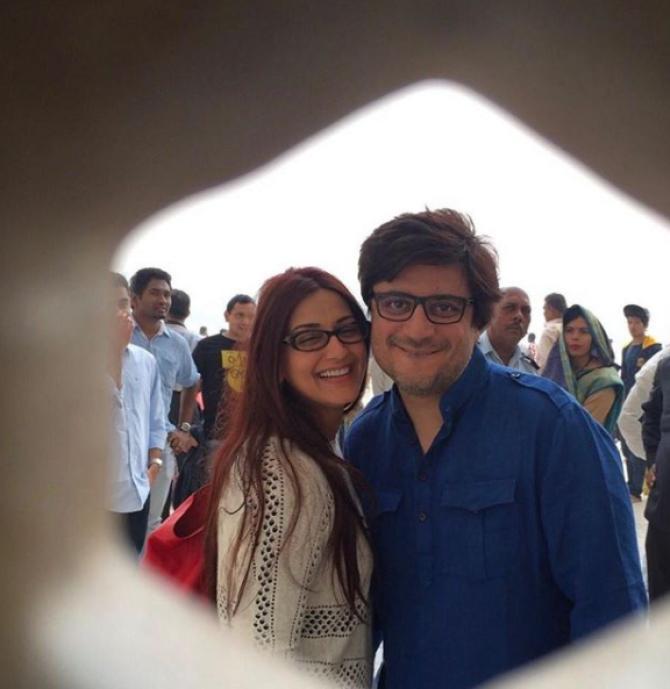 Recently, when Goldie Behl was asked about Sonali’s comeback to the silver screen, the doting hubby was very optimistic as he replied, “Definitely. I think you should be expecting her. She is doing very well, and she is recovering very well.” Is there something coming up? Can we take it as a hint that we can watch Sonali yet again on screen? Well, we hope this happens sooner! At an event sometime back, Sonali had shared how Goldie has been a constant support to her during her cancer treatment. The actress was quoted as saying, "Goldie has been my rock and pillar of strength to help me fight cancer. Thank God, I decided to get married to him. My mother always told me that human being matters more. Of course, there are times when you realise material things are also important, which gets you the treatment in the US, but even that cannot give you the joy the family gives and sees you through it. That is the most important thing." (Checkout: Bipasha Basu's Husband, Karan Singh Grover Calls Her With The Cutest Names, The Actress Reveals It) 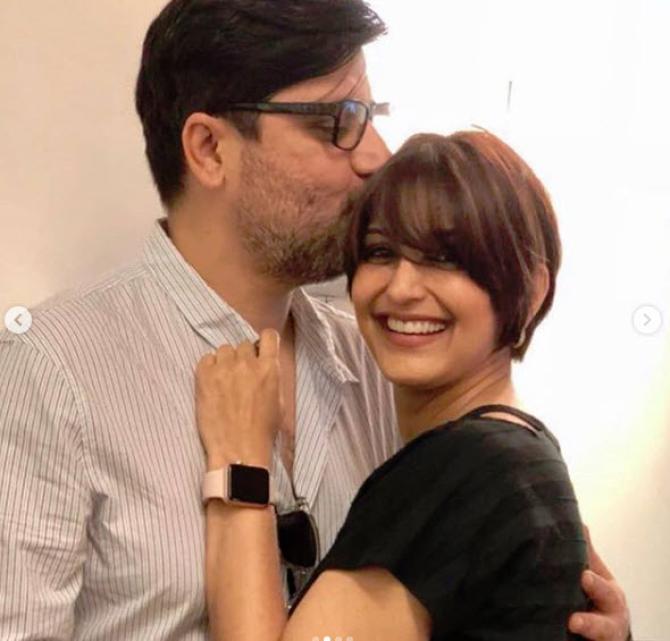 In an interaction with the Vogue, Sonali had talked about her scars and was quoted as saying, “My first thought was to hide it because it was a disease. I thought my ‘brand’ is overall along I had been endorsing healthy eating and health-focused products, and suddenly it was all gone. It was only when my oncologist said that I had fourth-stage cancer and a 30 per cent chance that my whole world view changed. Suddenly I didn’t see any reason not to talk about it. I had done nothing wrong; it was not my fault I had cancer, so why was I hiding it?” 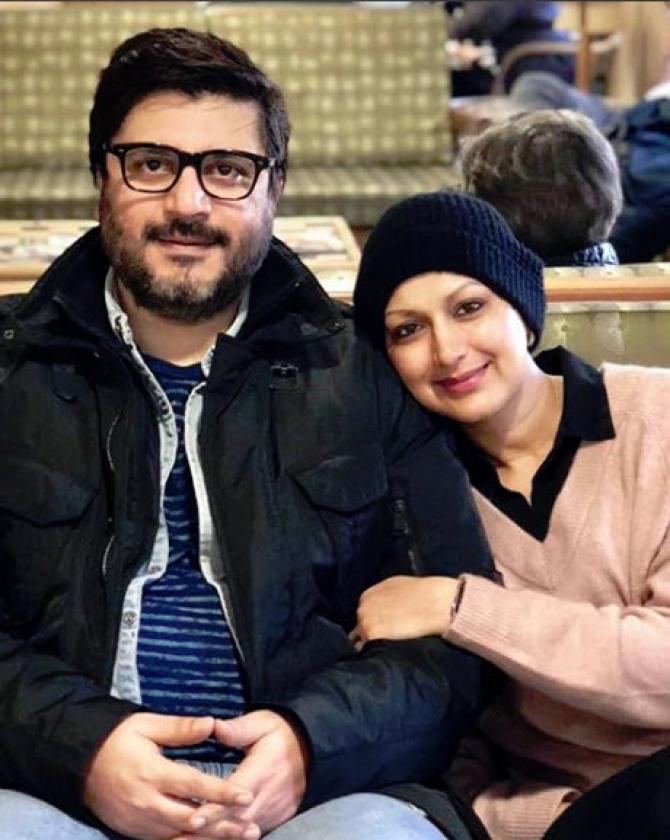 She had further added, “It’s unreal to remain positive all the time. There will be overcast days. I wanted to tell anyone who was feeling low that it’s okay to have negative emotions. We will feel high and low, and our job is to just try and prolong those highs.” Sonali also revealed about the time when she shaved her head in the bathroom, and had stated, “It was that very typical meltdown-in-a-shower scene. There was nothing new about it—it was exactly how you see it in books and movies, where the protagonist takes a razor and shaves it off. I wanted to write a new story, but it was the same old scene. My idea was to go for a haircut with my girlfriends, open a bottle of champagne and toast to the one glass I was allowed to have before I shaved my head! So that scene remains.” (Also Read: Alia Bhatt 'Sandwiched With Warmth' Between Soni Razdan And Shaheen Bhatt Spell 'A Whole Lotta Love') 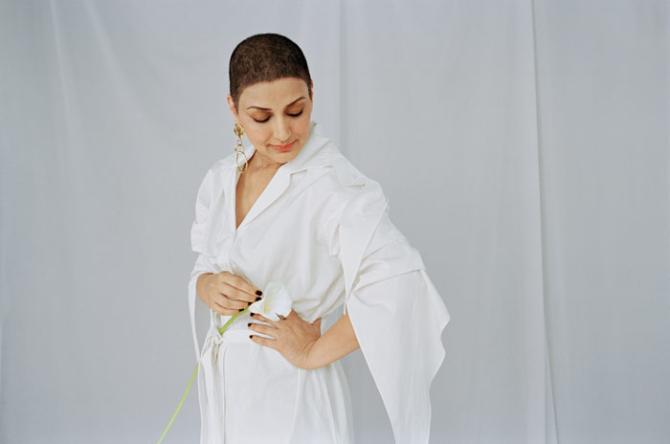 Announcing that she has been diagnosed with cancer, Sonali had shared a picture with hubby, Goldie and had worded her post as, “Sometimes, when you least expect it, life throws you a curveball. I have recently been diagnosed with a high-grade cancer that has metastised, which we frankly did not see coming. A niggling pain led to some tests, which led to this unexpected diagnosis. My family and close friends have rallied around me, providing the best support system that anyone can ask for. I am very blessed and thankful for each of them. There is no better way to tackle this, than to take swift and immediate action. And so, as advised by my doctors, I am currently undergoing a course of treatment in New York. We remain optimistic and I am determined to fight every step of the way. What has helped has been the immense outpouring of love and support I’ve received over the past few days, for which I am very grateful. I’m taking this battle head on, knowing I have the strength of my family and friends behind me.” 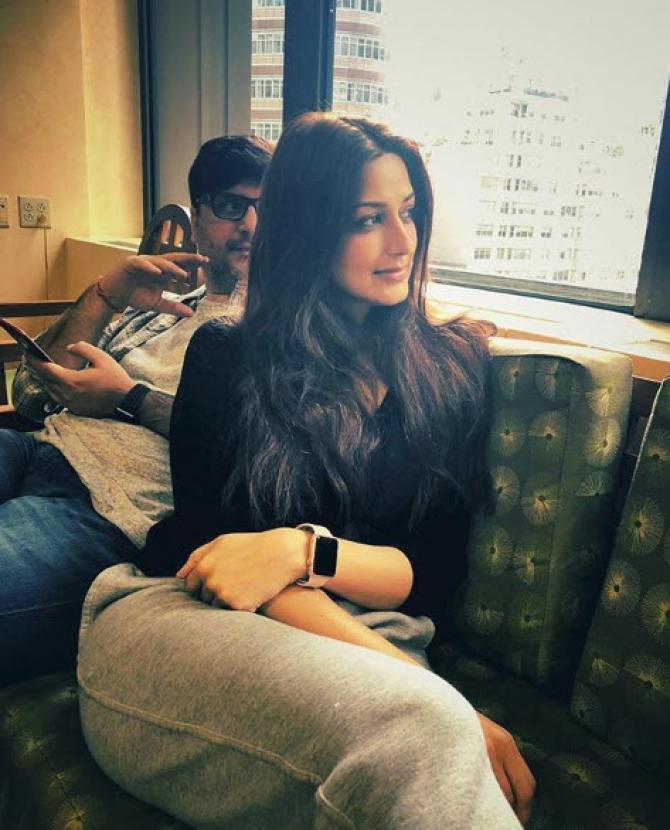 Sonali and Goldie are an epitome of what pure love is and being all-praises about his ladylove, Goldie had once retorted, “She’s my pillar of strength. She’s stood by me every time I’ve been down. She’s so positive about me and our relationship. For any relationship to work, having belief and faith in the other person is important. She’s always believed in me. I have immense faith and belief in her too. I guess that’s the crux of our relationship. Even though our marriage has completed a decade, we’re still discovering each other. There’s so much more to find out about each other and enjoy a long and happy life together. It’s great and I hope it remains this way.” (Do Check: 'Saath Nibhaana Sathiya' Star Mohammad Nazim To Soon Get Married To Astrologer-GF, Shaiena Seth)

Sonali Bendre, you are a warrior princess, we are eagerly looking forward for your comeback! 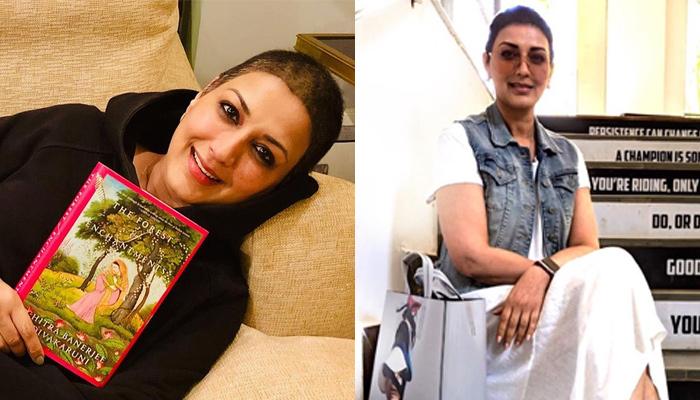 The world went in for a momentary shock when, on July 04, 2018, an Instagram post by Sonali Bendre popped up on our feeds and made our eyes well up. Of what the world could decipher from the post, Sonali had been diagnosed with high grade metastatic cancer and that