Soha Ali Khan and her husband, Kunal Kemmu is enjoying their London vacation with daughter, Inaaya Naumi Kemmu. Scroll down as the actress shares another cute picture of her angel!

Motherhood changes a woman and turns her into a super being who micro-manages every second of the day. After all, a mommy never gets to rest and Bollywood actress, Soha Ali Khan is having a blast raising her little angel, Inaaya Naumi Kemmu with husband, Kunal Kemmu. (Recommend Read: Kartik Aryan Bonds With Sara Ali Khan's Brother Ibrahim As She Makes Her Ramp Debut At ICW2019)

Soha and her husband, Kunal’s life was filled lots of colours when God decided to bless them with an angel, who they had lovingly named Inaaya Naumi Kemmu. On September 29, 2017, Inaaya brought rays of happiness and rainbows in her parent's life. Since then, their social media is flooded with cutesy pictures of Inaaya growing up and they make sure to document her every important step. 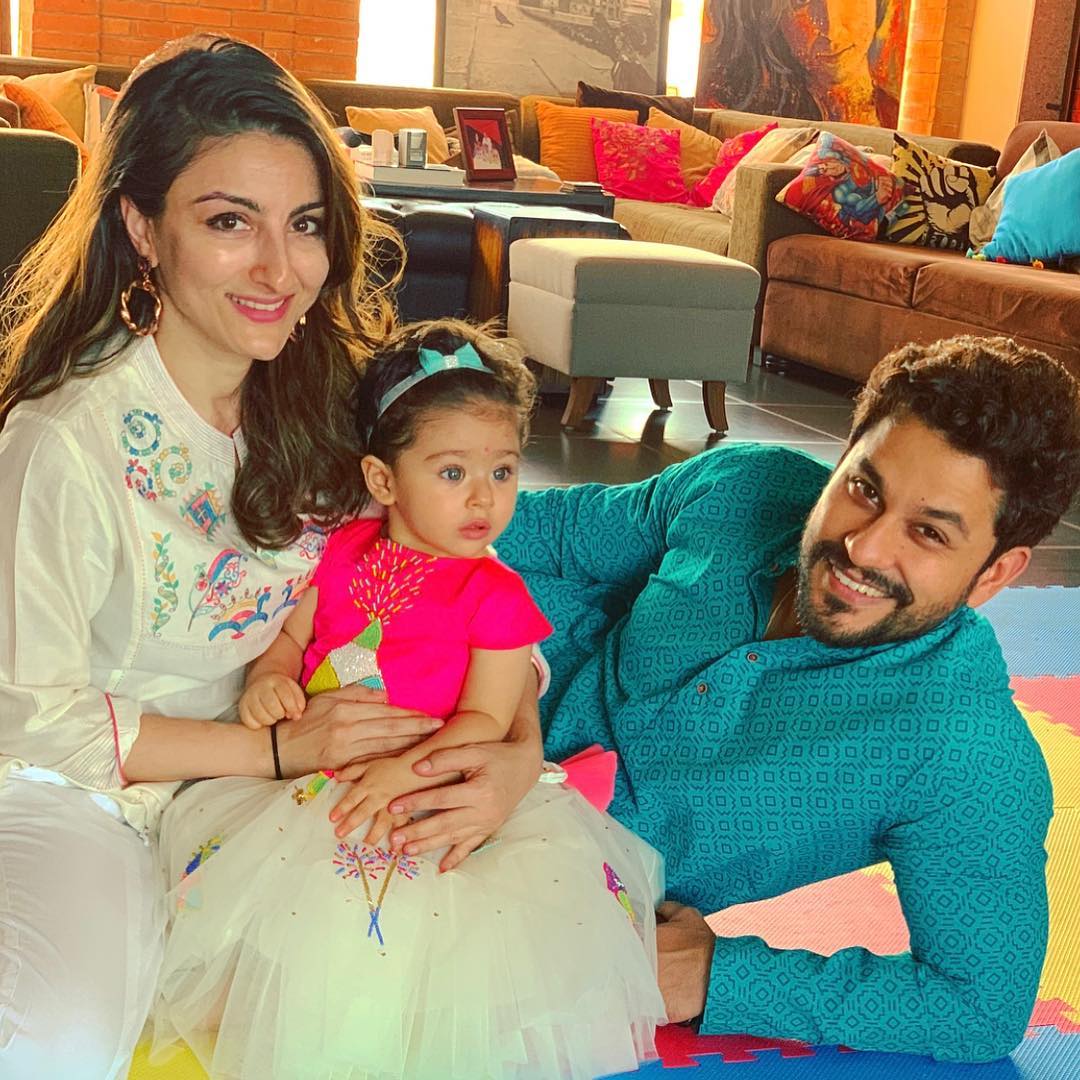 Currently, the family is enjoying their summer vacation in London, exploring farms and parks, reliving their childhood with their little girl. On July 27, 2019, Soha took to her Instagram handle and shared another picture of her little angel from an eventful day. In the picture, we can see Inaaya giving love to a gorgeous black pony. Soha words perfectly described the snap as she wrote, "All horses deserve, at least once in their lives, to be loved by a little girl." Take a look at the mesmerising picture below: 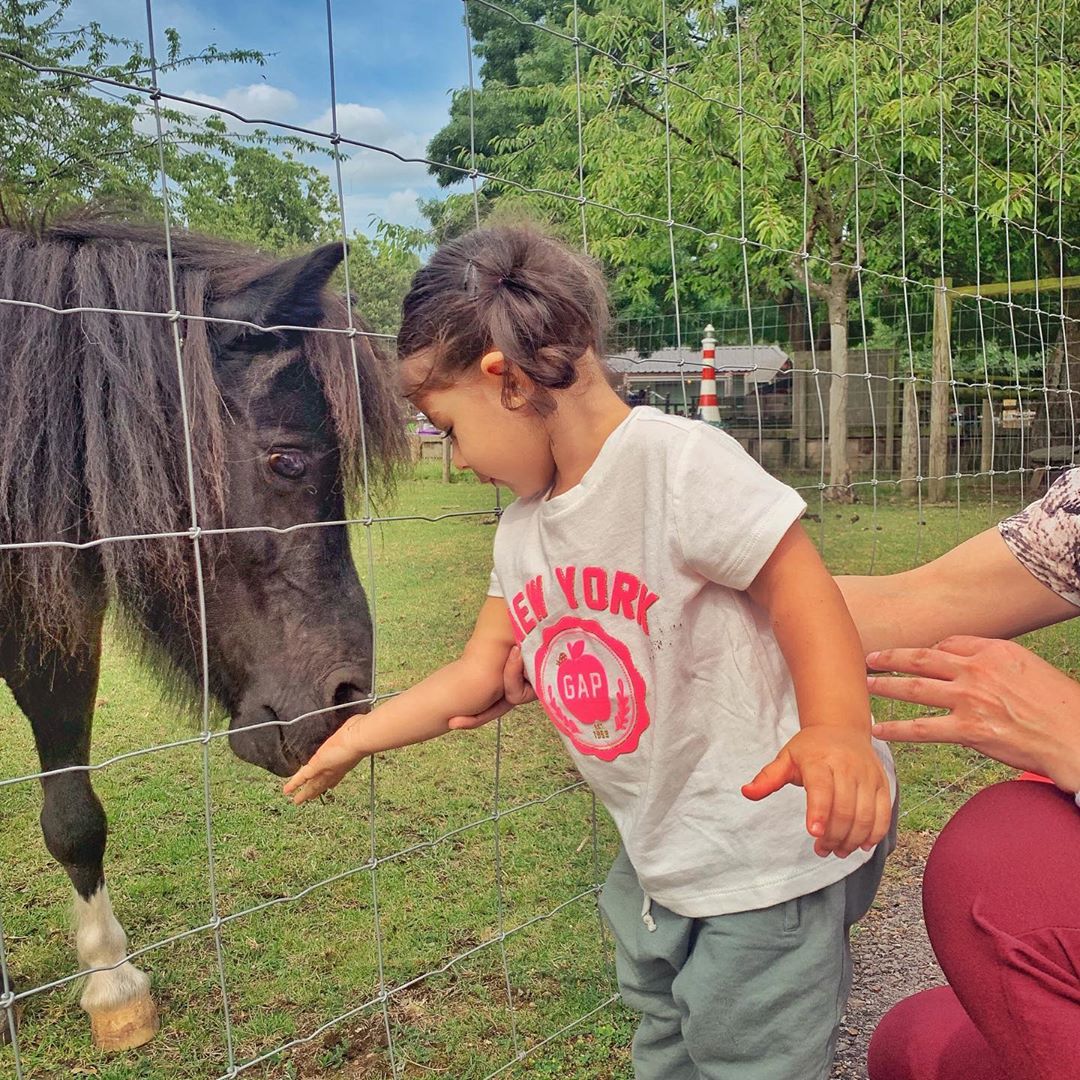 A couple of days ago, Soha had shared another picture of her little girl giving a sweet kiss to her daddy dearest, Kunal. Along with it, she had written, "Kisses in the park #london diaries." Soha had taken a break from films and in an interview with the IANS, she had shared the reason. The actress had said, "For me, films feel like a commitment. I am having such a blast with Inaaya at the moment that I don't want to miss out. That's why I have been procrastinating." (Also Read: Parth Samthaan And Erica Fernandes Part Ways Due To His Closeness With Another Girl From Jaipur?) 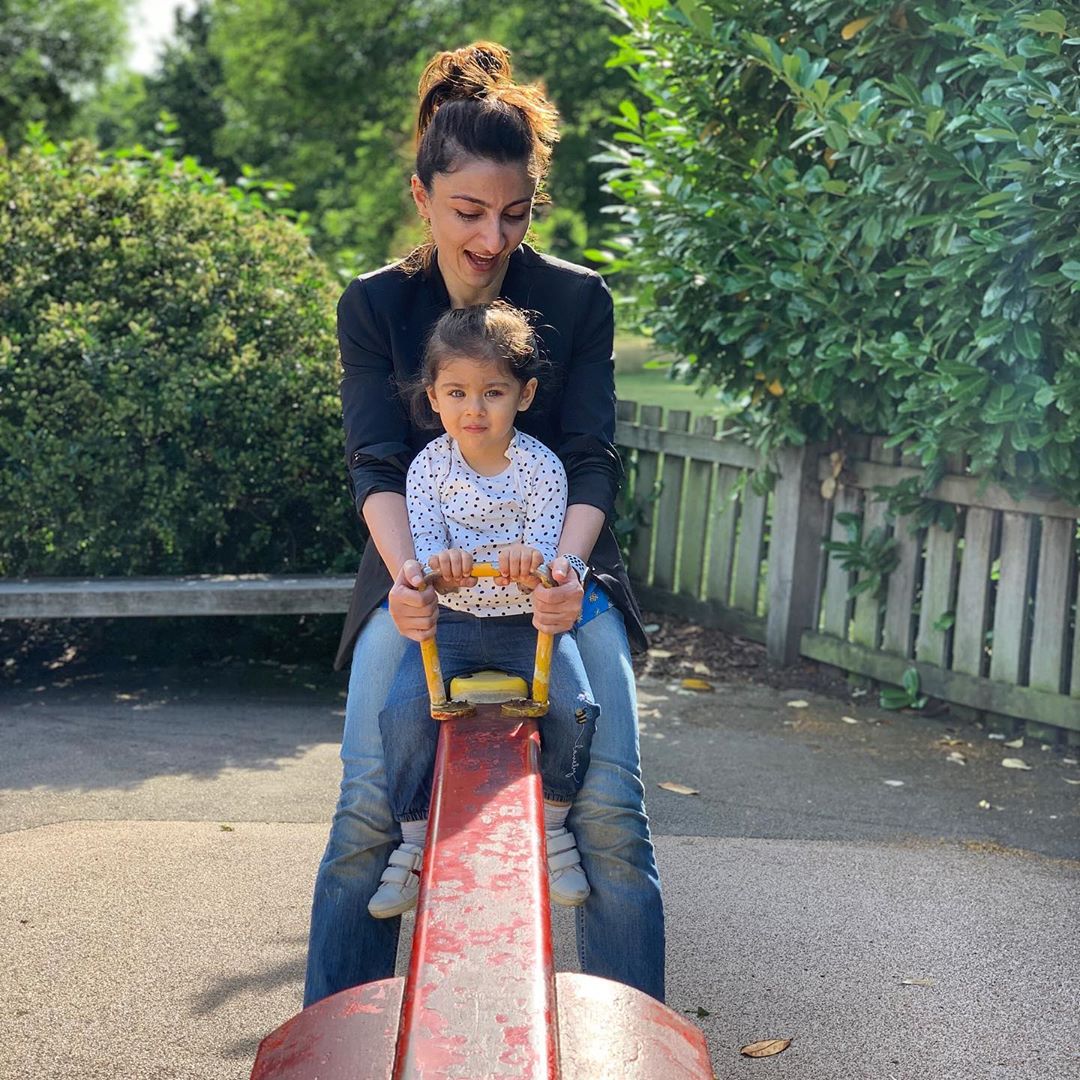 Talking about motherhood, Soha had shared, "I was the youngest in my family, I have never been responsible for anyone else, I've never had to look after anyone, I have never changed a diaper or fed someone or made someone sleep or been around someone so vulnerable. So it really is a life-changing experience." 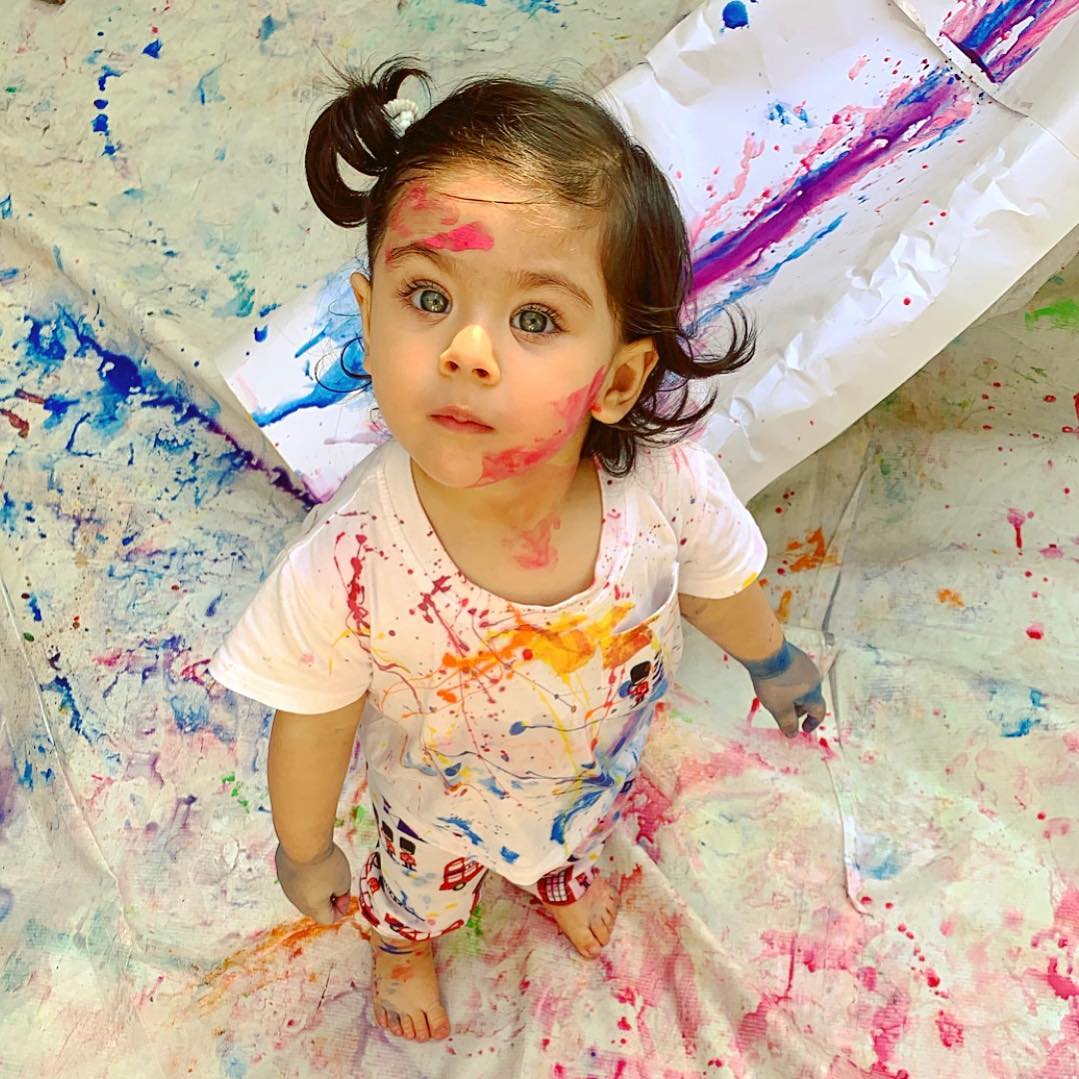 In a 2018 interview, Soha had talked about raising Inaaya, and had stated, "I think everyone keeps asking what my next project is. I think project Inaaya is taking up most of my time right now and quite happily so. I want Inaaya to be her own person. I would like her to have open communication with me. Things like integrity, trust, loyalty, being kind to others, are some of the things I would like to see in her. It shouldn’t be that Inaaya remains only surrounded by love and positivity. She should also be a strong person, with the [sense of] security to withstand criticism and also be able to laugh. I think having a sense of humour is very important." 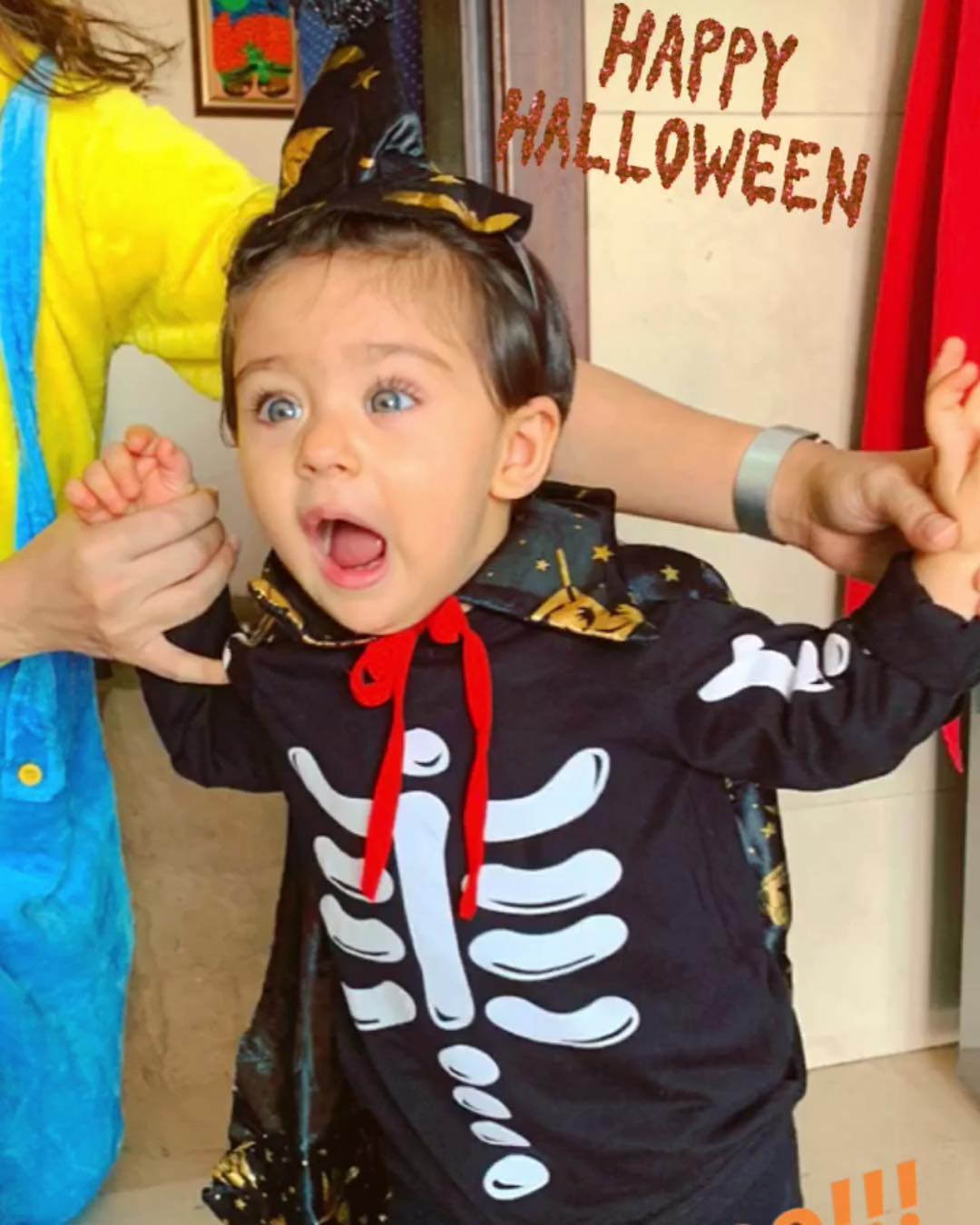 Soha had further added, "Whether she wants to be a full-time mother, astronaut, actor, or architect, I will support her. I want to give her a good foundation and be involved in her life. I want to teach her my values. And then, ultimately, I want to be able to help [make] her dreams come true. I’d like to exhibit that kind of behaviour around Inaaya. I do want her to have a tough skin — I believe that in the world today, it’s important to have one, otherwise it can get to you. People are very direct and outspoken, and sometimes you hear things that can hurt us. I want her to be able to withstand that.” (Don't Miss: Disha Parmar Of 'Pyaar Ka Dard' Fame Is Dating Rahul Vaidya of 'Indian Idol', Both Confirm The News)

We are hooked to Soha and Kunal's Instagram and loved how they are exploring London with their daughter! 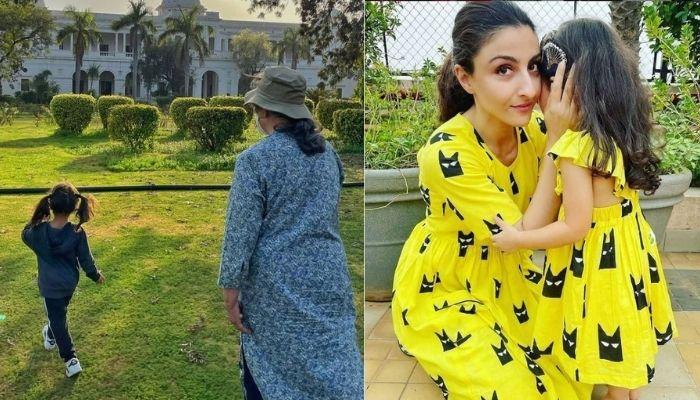 Actor-turned-author, Soha Ali Khan and her husband, Kunal Kemmu had embraced parenthood for the first time with their baby girl's arrival on September 29, 2017. The couple has named their little munchkin, Inaaya Naumi Kemmu. The Pataudi clan's little princess had broken the internet with her first glimpse courtesy of