Sidharth Malhotra spoke about marriage and also revealed that his parents would once blackmail him to get married! Aren't they every parents ever?

Marriage is one of the most pious bonds that will ever happen to you in life. It is not just about having a permanent roommate for a lifetime, but marriage is about two people who are not necessarily accountable for each other’s happiness but making their world a happy paradise! While society and people do talk about the ‘right time’ in marriage, such 'a time' doesn’t exist! It all depends upon an individual and when one wants to go for it. Hence, here’s talking about one of the most good-looking B-town stars, Sidharth Malhotra who shares many interesting thoughts about marriage. (Do Read: Deepika Padukone Has An Epic Response To Meme- 'Ranveer Singh Deepika Ki Maang Mein Chutney Bharega')

Before we do so, let us give you faint background details of the stunner. Sidharth Malhotra rose to fame with Karan Johar’s Student Of The Year in 2012. He did pace slow since his debut but steadily caught up and is now all geared for the release of his upcoming film, Jabariya Jodi. Ever since Sidharth made his entry into Bollywood, linkup rumours haven’t left his side. After a steady relationship with his fellow ‘student’, Alia Bhatt for a while, they broke up only to pave way for more linkup rumours with B-town actresses such as Jacqueline Fernandes, Kiara Advani and Tara Sutaria. Ahead of the release of his film, Jabariya Jodi, in an interview with the Deccan Chronicle, Sidharth Malhotra spoke about marriage and also revealed that his parents would once blackmail him to get married! He stated, “My parents had a love marriage and they have been living together for almost 40 years now. My brother is happily married and living with his wife. My uncles are happily sharing blissful married life.” Sidharth further added, “My parents would blackmail me emotionally earlier, but not anymore. There is no pressure about marriage. I have not planned whether it will be a love or an arranged marriage. Whatever has to happen will happen. I am open to anything, be it love or arranged marriage. I believe in the institution of marriage.” We are sure that Sidharth Malhotra is all set to hit another milestone in his filmy career with his soon-to-release film, Jabariya Jodi, opposite Parineeti Chopra. His UP accent, ‘bhaiyya ji’ attitude and his fight for the good cause is already grabbing eyeballs. Sidharth, as a part of the film’s promotions, went on a trip down memory lane and had revealed sometime back that he had failed his standard 9 examinations as he was distracted by girls because he has always been to an all-boys school and probably had been tempted to be surrounded by them! He had revealed, “Yes, my attention was diverted by girls. But this (the failure) turned out to be a positive thing in my life as I was eventually moved to a co-ed school where I learned better. And I passed my 10th and 11th grade with good grades.” (Must Read: Sara Ali Khan's Ex-Boyfriend, Veer Pahariya Is Dating Her Friend From Their Common Circle [Details]) 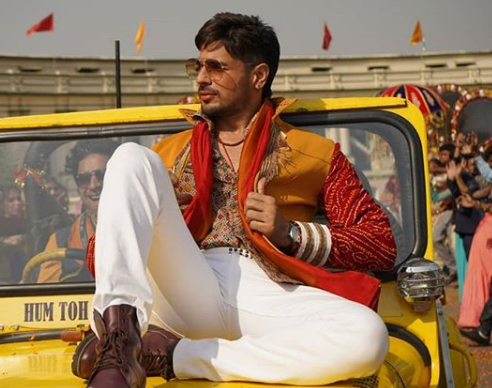 Although many linkup rumours of Sidharth Malhotra have come in ever since his glamour world entry, the one with Kiara Advani has lingered longer than expected. During one of the promotions, Sidharth was asked to comment on his relationship with Kabir Singh star, Kiara Advani. Talking about her, the Ek Villain actor had shared, “She is my lovely friend. Humne abhi Shershaah ki shooting khatam ki hai. She is my co-star and currently, I’m happy with this jodi." 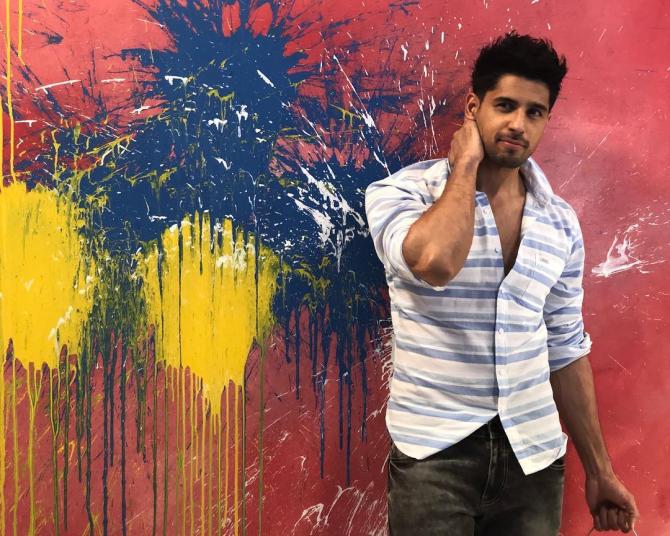 Speaking of any plans to get married soon, Sidharth Malhotra had replied, “No. I believe in the institution of marriage. I have grown up in a middle-class environment where we have joint families, we have chacha-tais and I love that energy. But in today’s day and age, marriage has become just a tagline. I think I will only get married when I want to have babies. I think otherwise, it would be unfair to the child to not give him/her a name. Till then, it doesn’t matter. You can be with whoever you want to. Marriage is just a technicality, it doesn’t change your love for that person.” (Also Read: Urvashi Rautela Reacts On Being Linked Up To Hardik Pandya, Says She Is Answerable To Her Family) 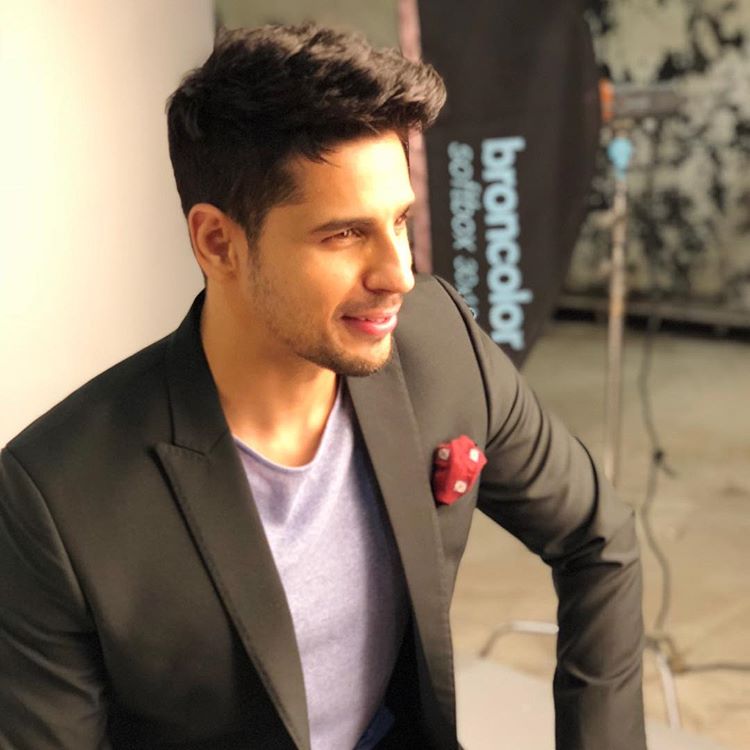 And you know what? Sidharth Malhotra will not wait to ask a girl out if he finds someone worth it! Speaking of the same, he had shared in an interview, “I trust my instincts. If I bump into an interesting woman, I don’t wait to plan a date. I’d rather ask her out for dinner right then. It has happened often enough, and I have had some great conversations.” And had further remarked, “More than physical attributes, I look for an interesting personality, though I won’t deny I find long and loose hair very sexy." 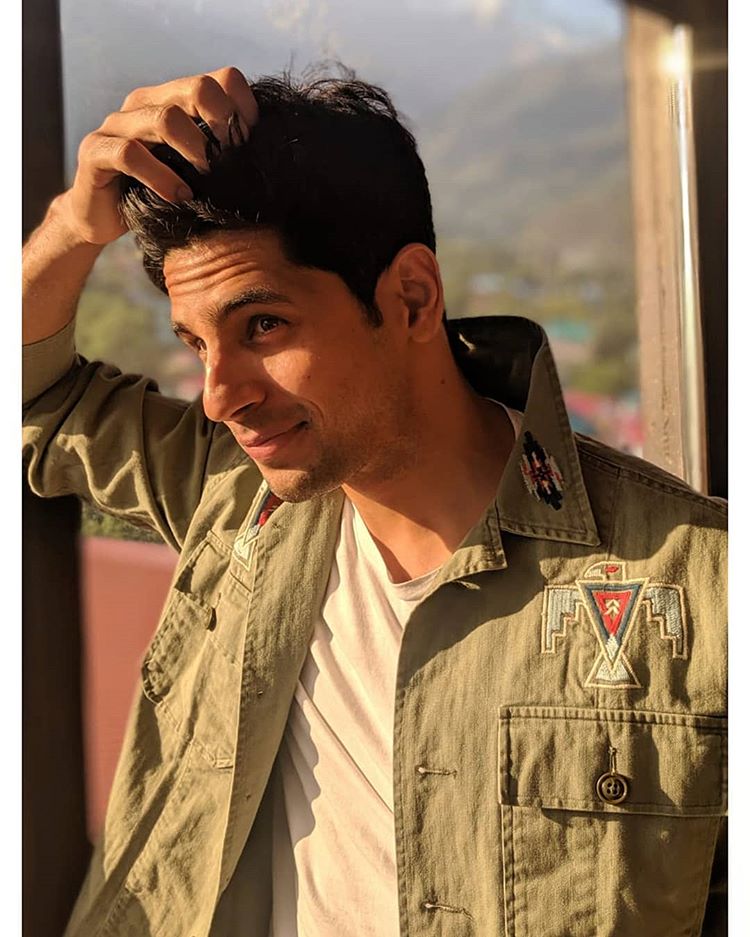 Don’t we simply love Sidharth Malhotra’s views about marriage? We hear a big ‘yes’ in the background!