Shweta Tiwari is acing the game of motherhood. On February 25, 2020, she shared some adorable pictures from a family wedding where she was seen twinning with her kids, Palak and Reyansh.

A mother knows everything about her children, whether it is holding their strengths or working on their weaknesses, she does everything for the sake of her kids. It is righty said that when God couldn’t reach everywhere, he created mothers. From imbibing good values to being strict with their studies, a mother plays multiple roles for her child. For her, the ultimate happiness is seeing her kids excel in all phases of their life and she being their anchor throughout. Television’s actress, Shweta Tiwari shares a similar bond with her children, Palak Tiwari and Reyansh Kohli. (Also Read: Shamita Shetty Shares Her Excitement On Becoming 'Maasi' For Second Time With The Arrival Of Samisha)

Shweta Tiwari had become a star overnight when she had portrayed the role of Prerna in the serial, Kasautii Zindagii Kay. Her role was so much loved by the audiences that when Shweta had taken a break from the television for her second child, Reyansh, all her fans wished was their favourite actress to make her comeback soon. The wishes of all her fans came true when she has made a comeback after 3 years with television serial, Mere Dad Ki Dhulhan. Apart from being a great actress, Shweta is a doting mother to two adorable kids, Palak Tiwari (from her first marriage) and Reyansh Kohli (from her second marriage).

Shweta Tiwari Talks About Her Suggestion For Daughter, Palak In Finding Love Through Dating Apps Shweta Tiwari loves spending time with her little ones. From going on mini-vacations to celebrating every festival with joy, one look at Shweta’s Instagram feed gives us glimpses of Shweta’s most cherished moments with her children. On February 25, 2020, Shweta took to her Instagram handle and shared a few pictures from a family wedding. Shweta looked breathtaking as she twinned with her children, Palak and Reyansh. In one of the pictures, Shweta wrote, “Familia” and in other pictures, she wrote, “Khushiyaaann”. 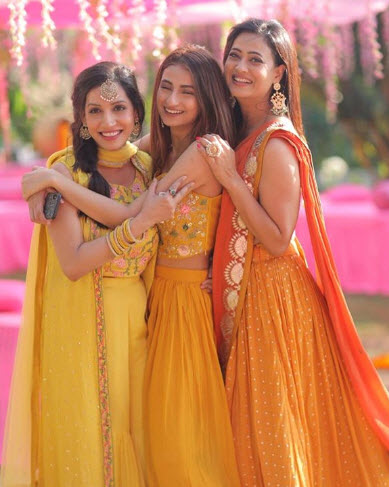 In an interview with Pinkvilla, Shweta had revealed that she does not understand the concept of online dating. When asked whether she would support her daughter, Palak to go for online dating and pat comes the reply from the doting mother. She had said, “I would suggest my daughter if she ever wants to go on online date, I feel don't do it. But if they want to go, she has to be very cautious and careful.” Shweta had also revealed that although some of her friends have met each other through dating apps and are happy with each other but for her, it is an alienated concept. (Also Read: Radhika Merchant's Yellow Anarkali For Sister's Mehendi Ceremony Will Make You Say, Hello Sunshine!) 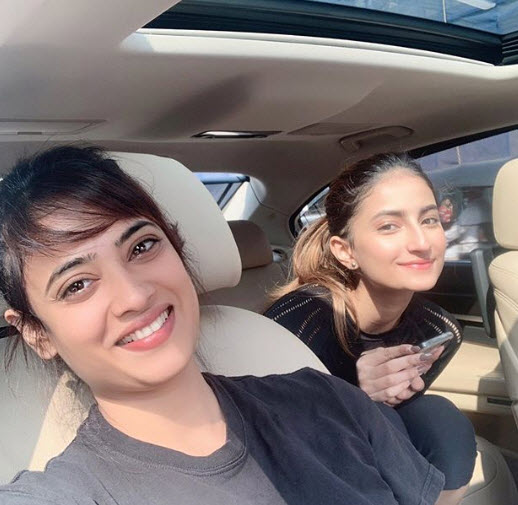 Although her professional life has always been spectacular, her personal life has never been a bed of roses. Facing physical abuse from her first husband, Raja Chaudhary to a disturbed marriage with actor, Abhinav Kohli, she has dealt everything with her enchanting smile. Although her two failed marriages have been hard on her, it is the love of her kids, Palak and Reyansh which has kept her going. 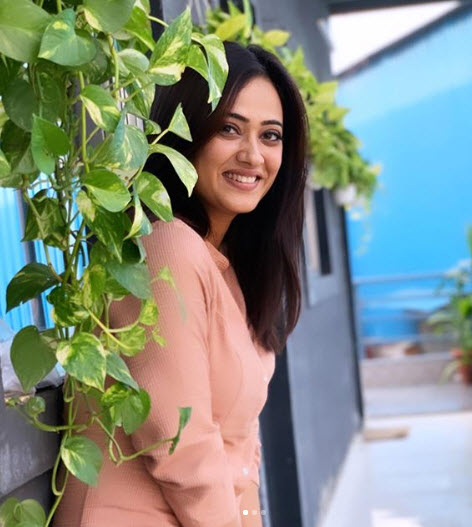 Shweta is the sole breadwinner for her kids. In an interview with the Bombay Times, Shweta had revealed that she has to work and has to be always on her toes for the sake of her kids. Talking about the same, she had said, “I’m the only earning member in the house. I needed to get back to work to pay the bills and take care of my kids’ studies. Everything is expensive these days, and savings se aaj kal kharcha manage nahi ho sakta. For the life I want to give my kids, I will have to step out of the house and work hard. So, I returned to television.” Shweta's daughter, Palak Tiwari too shares a very warm bond with her half-brother, Reyansh. Sometime back, Palak had taken to Instagram and had penned a heartfelt letter for her baby brother, Reyansh whom she deeply adores. Her letter could be read as “Dear Reyansh, I can't tell you how immensely lucky you got with your parents, your mother, our mother. Being your senior by 16 years in this matter I can assure you that this lady here will do everything humanly possible just to give you a scintilla of happiness. As the years will pass, you will take this day to acknowledge her as well.” (Also Read: Aly Goni's Rumoured Girlfriend, Jasmin Bhasin Wishes Him On His 29th Birthday With A Cute Picture) 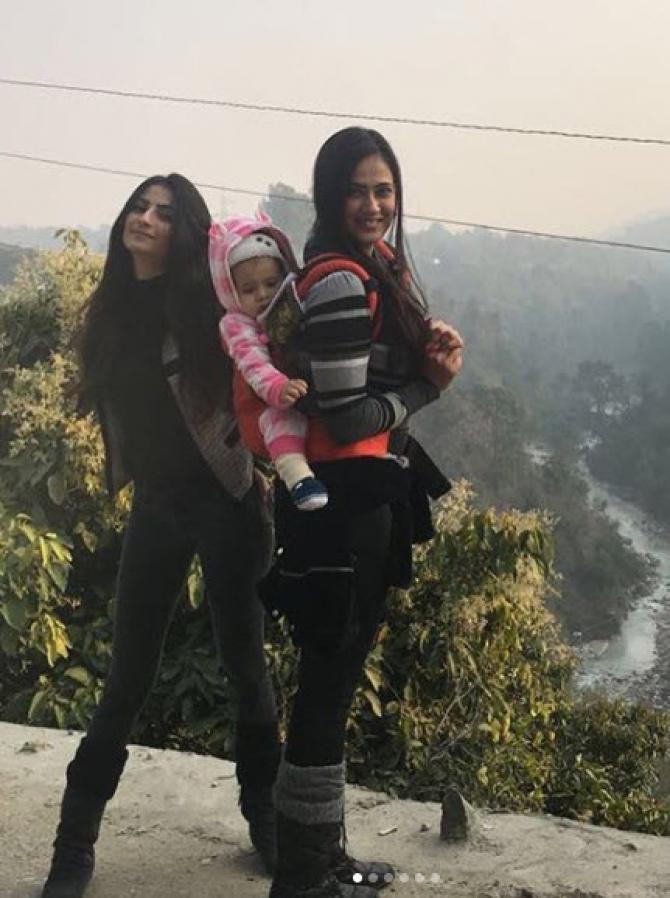 Aren’t Shweta and her kids looking adorable? What do you think? Keep us posted. 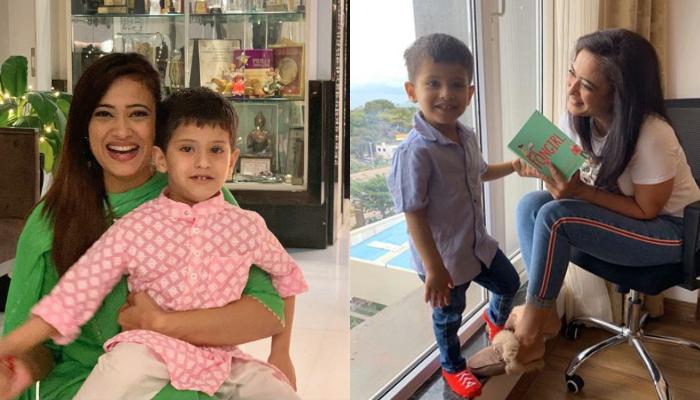 Television star, Shweta Tiwari has made an empire of her own with her acting prowess and sartorial fashion choices. Every now and then, she hits the headlines either for her work commitments or personal rife with her ex-husband, Abhinav Kohli. For the unversed, Shweta Tiwari was married twice, but none