Indian weddings are fat for a reason and when it’s the wedding of rich people and celebrities, the entire discourse turns out to be magnificently mesmerising. Shriya Bhupal and Anindith Reddy have now become part of the magical process.

Today, i.e. July 06, 2018, Shriya Bhupal and Anindith Reddy are going to be pronounced husband and wife in a Telangana wedding in Hyderabad. For the uninitiated ones, Shirya is the granddaughter of Hyderabad tycoon Dr GVK Reddy and Anindith belongs to the Apollo Hospitals family. (Don't Miss: Dhirubhai Ambani's Grandaughter, Married In The Jewellers' Family, Wore A 'Chooda' Made Of Diamonds) And now, guess what? We got our hands on a few pictures and videos from Shriya Bhupal and Anindith Reddy’s sangeet ceremony! In a video shared by Bridestodayin, we can see the ravishing couple attired in their most gorgeous clothes for the sangeet ceremony. The video has beautifully been captioned as, “Designer #ShriyaBhupal’s (@shriyabhupal @Shriyasom) mehendi-sangeet ceremony sets the tone for a gorgeous wedding celebration as she prepares to tie the knot with @anindith tomorrow. Watch this space for exclusive coverage of the revelry". Take a look:

Shriya looked like a princess in her long white gown and ravishingly complemented it with a diamond maang teeka. Anindith looked dapper in a formal black suit and white shirt. Take a look at more pictures and videos from Shriya Bhupal and Anindith Reddy’s sangeet ceremony: 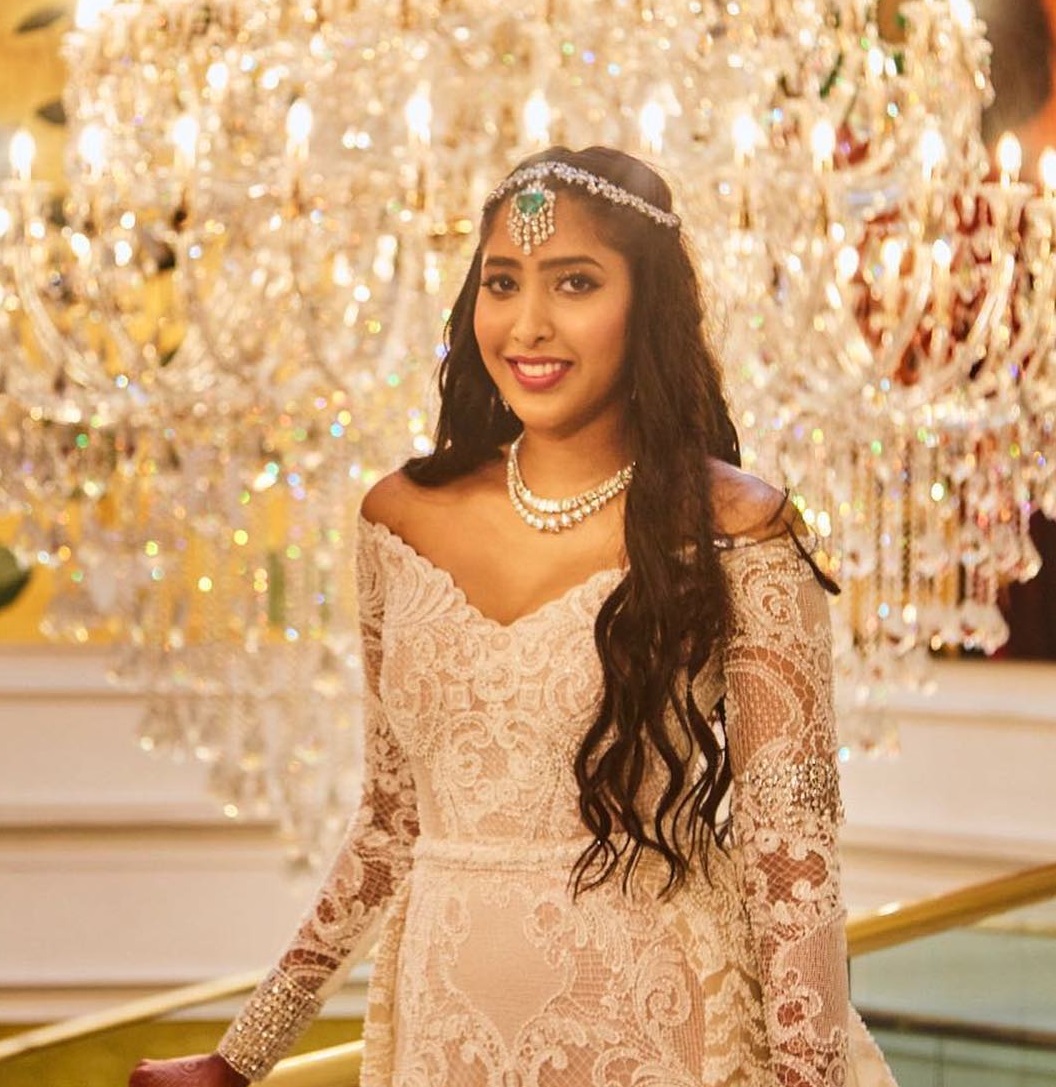 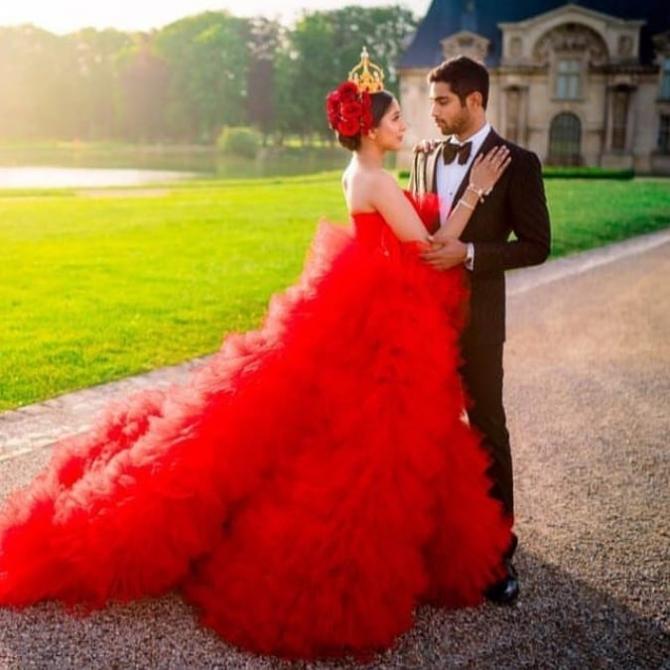 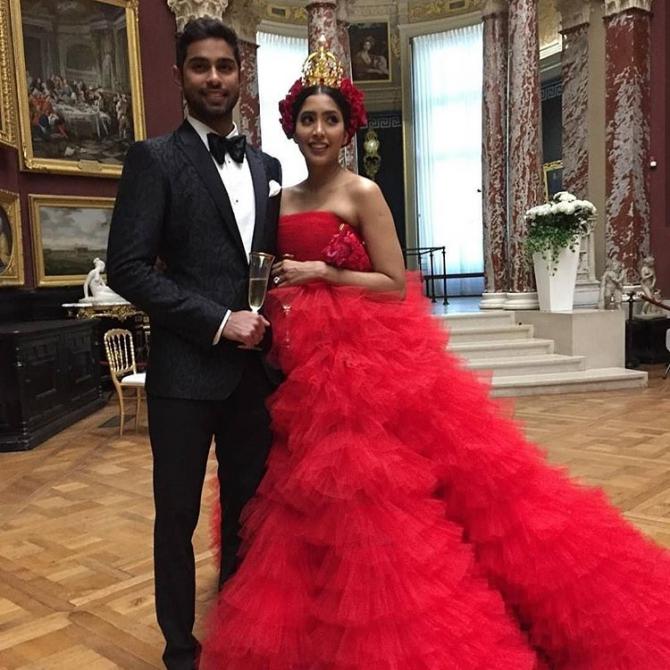 As per a report in the Times of India, Shriya and Anindith got engaged in April itself. It was then reported, “The families of both the groom and bride wanted this to be an intimate affair, so they kept all the celebrations up to now very low key. Shriya and Anindith were engaged back in April. It was a very small lagna patrika and engagement ceremony at home, where the priests and the grandparents blessed the young couple”. 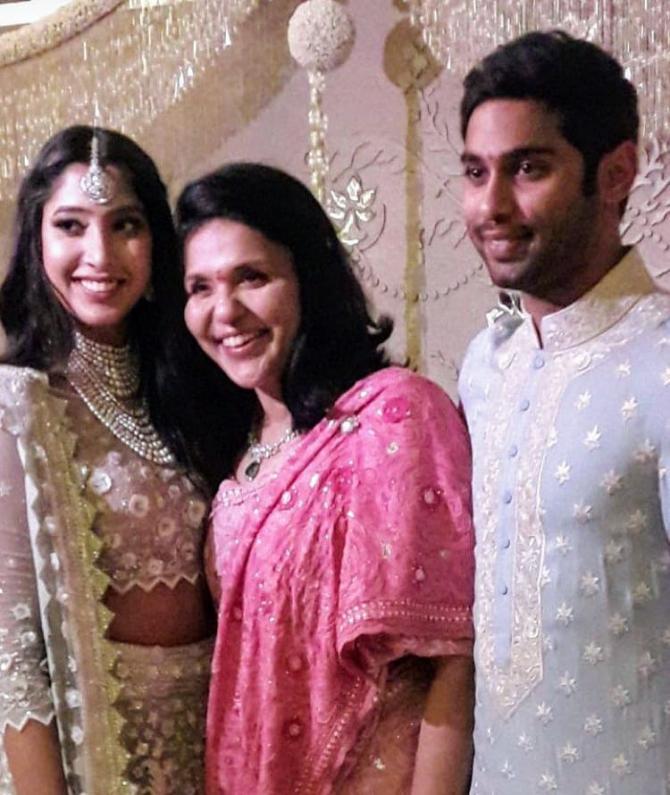 After the April engagement, the couple had fun-filled pre-wedding celebrations in Paris as stated above. A source revealed to the TOI, “It was a spectacular event! There was music and dance, fireworks and stunning performances, and the evening was dream-like. Shriya looked every bit a princess and together, she and Anindith make such a gorgeous couple”. As for Shriya and Anindith’s Telangana wedding today, the source revealed, “In fact, the father of the groom, Konda Vishweshwar Reddy, who is an MP from Chevella, will be inviting Sarpanches from the villages of his constituency for the wedding. Traditional Gadwal sarees will be given away as gifts for close family members”. (Also Read: Taimur Ali Khan Finds A New Friend On His First Day At Playschool, He Gently Held Her Hand)

Recently we brought you the story of Shriya and Anindith’s wedding invite. As shared by Pinkvilla, here are the pics from their wedding invite: 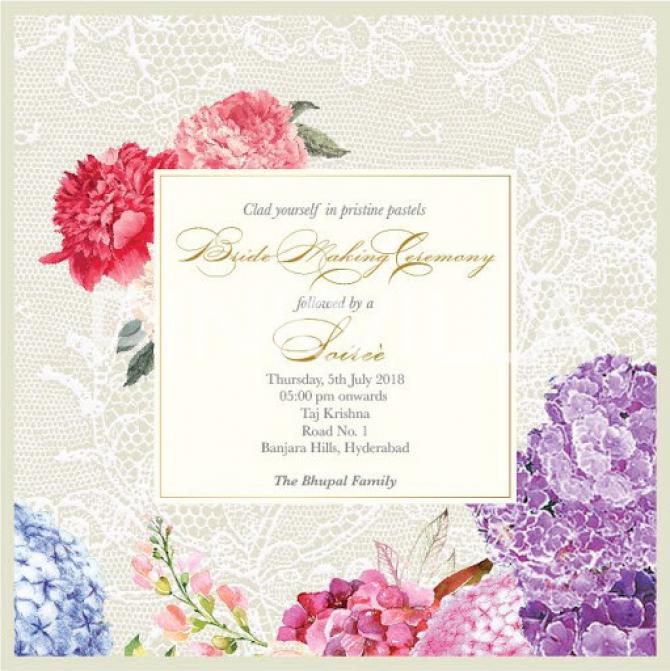 In an interview with the media portal, Shriya had recently revealed her wedding dress. She was quoted as saying, “Elie Saab has been my dream from when I studied at parson the new school of design and a part of the aesthetic of my brand Shriya Som is majorly influenced by Elie Saab. So that was an obvious choice to choose him as one of the designers I would wear”. (Also Checkout: 'Baahubali' Actress Tamannaah Bhatia's Wore Only DIAMONDS On Her 'Bhai Ki Shaadi')

She further added, “As a designer keeping the fit, finish and the entire quality of the garment is what I look for and mainly that the garment fits my personality as well as I how I feel in it. I would never change the design of the particular designer I chose to wear since I would like them to stay true to their own aesthetic”. 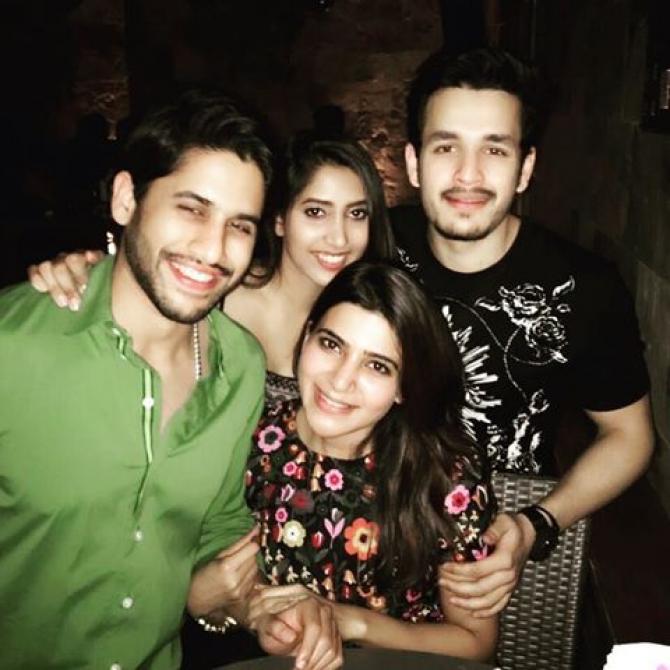 For those who do not know, Shriya was earlier engaged to Akhil Akkineni, son of the south superstar, Nagarjuna. They were supposed to have a destination wedding in Italy in 2016 but it was called off as things were not good between the two. A media report had then revealed, “They had a huge fight at Hyderabad Airport. Initially, we all thought it's just the usual lovers' tiff, but things haven't been the same between them ever since, that's for sure”. Well, that’s past and we’re now so happy to have bumped into pictures and videos from Shriya Bhupal and Anindith Reddy’s sangeet ceremony. We can’t wait more for the wedding to begin!