August 12, 2019, marked the 42nd Annual General Meeting of Reliance Industries and the event gave us a glimpse of Shloka Mehta and Radhika Merchant's bonding moments.

Lo Chali Main Apne Devar Ki Baaraat Le Ke, Lo Chali Main, Na Band Baaja, Na Hi Baaraati, Khushiyon Ki Saugaat Le Ke, Lo Chali Main… As much as we are eagerly waiting for Shloka Mehta to dance on this song on her devar, Anant Ambani’s baaraat, we love to see the probable soon-to-be choti Ambani bahu, Radhika Merchant gelling up with the family. With two new ‘additions’ to their existing family of six, we await with bated breath for the Ambani clan to announce Radhika’s official addition in their pariwar. (Also Read: Nita Ambani, Shloka Mehta And Radhika Merchant Step Out Together For An Art Exhibition)

On December 12, 2018, Anand Piramal officially became a part of the Ambani family by tying the knot with his ladylove, Isha Ambani. Then three months later, on March 09, 2019, Akash Ambani’s childhood sweetheart, Shloka Mehta officially became Mrs Ambani in a big fat Gujju wedding. Radhika Merchant too, is often spotted in the picture-perfect family portraits of the Ambani clan and accompanies them to every big event and family functions. And August 12, 2019, was no different!

August 12, 2019, marked the 42nd Annual General Meeting of Reliance Industries and the entire Ambani clan, consisting of the eldest Ambani, Kokilaben Ambani, Mukesh Ambani, Nita Ambani, Akash Ambani and Shloka Mehta, Anant Ambani and Radhika Merchant and Isha Ambani Piramal were present at one of the most important days of an impending economic boom. But what we couldn’t help but notice at the event was Shloka and Radhika’s bonding moments as they both chatted and laughed during their time together.

For the 42nd Annual General Meeting of Reliance Industries, Shloka Mehta arrived hand-in-hand with her hubby, Akash Ambani. Shloka looked resplendent in a pretty icy blue kurta with intricate and contrasting floral prints in the shades of yellow, blue and pink. Shloka flaunted it with a baby pink dupatta, platform heels and accentuated her look with a thin bangle, bindi, studs and open hair. Radhika Merchant, on the other hand, twinned with probable soon-to-be sister-in-law, Shloka, in a simple sky-blue kurta with floral motifs that she teamed with an embroidered white dupatta and white parallel palazzos. With a small bindi, simple chain and diamond studs, Radhika kept her look simple. (Also Read: Shloka Mehta Gets A Wonderful Birthday Surprise From Ambani Family On Her 1st Birthday After Wedding)

In an interview with the Vogue magazine, Mukesh Ambani and Nita Ambani’s daughter, Isha Ambani Piramal had shared what it was like to grow up in one of the most respectable and richest families in the world. She had remarked, “The surprising truth is that though my parents were exceptionally busy, they were really hands-on. I was born in 1991, right after Liberalisation, which was a real inflection point for the Indian economy—it was the first time that Indian companies could dream of global scale. I saw my father work very hard to chase that dream and build Reliance into the organisation that it is today. And though he worked long hours, he was always there when we needed him. At home, we were raised to have the same value system that our parents grew up with. They made sure we understood the value of money, hard work and humility.” 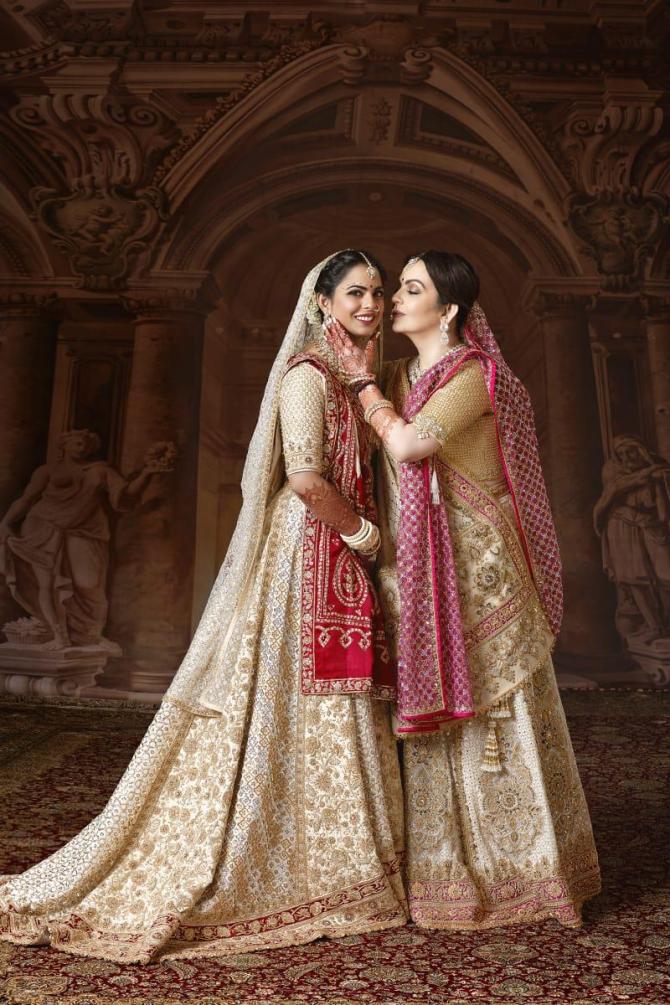 Apart from being a wonderful mother and a wife, Nita Ambani has been leading various Reliance enterprises. Speaking about what she has learnt from her mother and what is her attitude towards women at her workplace, the multi-millionaire heiress stated, “As much as I want to believe that women can have it all, I know that my mom gave it all up to raise us. But once we grew up, I also saw her balance work and home perfectly. Watching her play all these different roles—from full-time mom to businesswoman—I learnt how important each facet is in a woman’s life and how one needs to define what “having it all” means during these different stages. I feel very passionately about gender equality and equal participation in the work force because growing up I was made to believe that I could do whatever my brothers could do, as well if not better. So as a working woman, I believe that companies must create an environment that fosters equal participation.” (Also Read: Unseen Picture Of Isha Ambani Piramal Teary-Eyed On Her 'Vidaai', Nita And Radhika Are Emotional Too)

Although the Ambani family is yet to make an official announcement for Anant Ambani and Radhika Merchant, fans are all set for this next big-fat wedding! 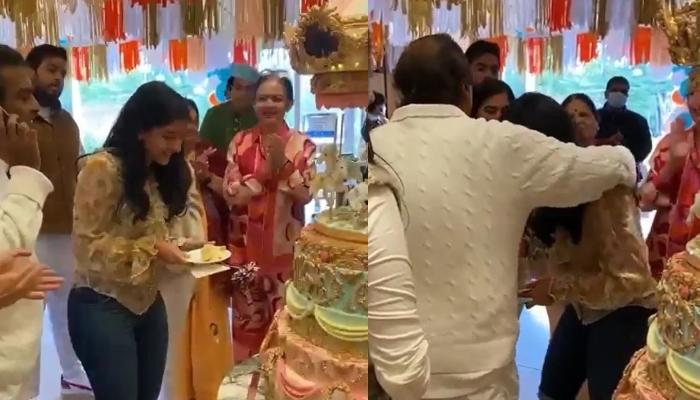