Mumbai Indians won the IPL 2019 yesterday in Hyderabad. Akash Ambani and Shloka Mehta happily arrived at the Mumbai airport and posed for the shutterbugs with the winning trophy.

Who rules the city of Mumbai? Well, is there any doubt if we say it's the Ambanis? From sports to transportation, Bollywood to telecom, you would take a few minutes if we would ask you what do the Ambanis do not own, right? One of the most valuable assets for the Ambanis is the cricket franchise, the Mumbai Indians team. Mukesh Ambani and Nita Ambani's Reliance Industries own the most valued IPL team, and guess what? Yesterday (May 12, 2019) it was the finals of IPL 2019 and Mumbai Indians won the title for the 4th time beating Chennai Super Kings by 1 run. (Suggested Read: Dipika Kakar Shares A Mesmerising 'Iftari' Picture With Husband, Shoaib Ibrahim [Picture Inside])

IPL 2019 final was held at Rajiv Gandhi International Cricket Stadium, Hyderabad and many celebrities and VVIPs had flown down to the city to watch the MI vs CSK tussle. And among those many were the Ambani clan which included the owner- Nita Ambani, her two sons- Akash Ambani and Anant Ambani, Akash's wife- Shloka Mehta and Anant's ladylove- Radhika Merchant. Mumbai Indians' captain Rohit Sharma's wife, Ritika Sajdeh was also present. 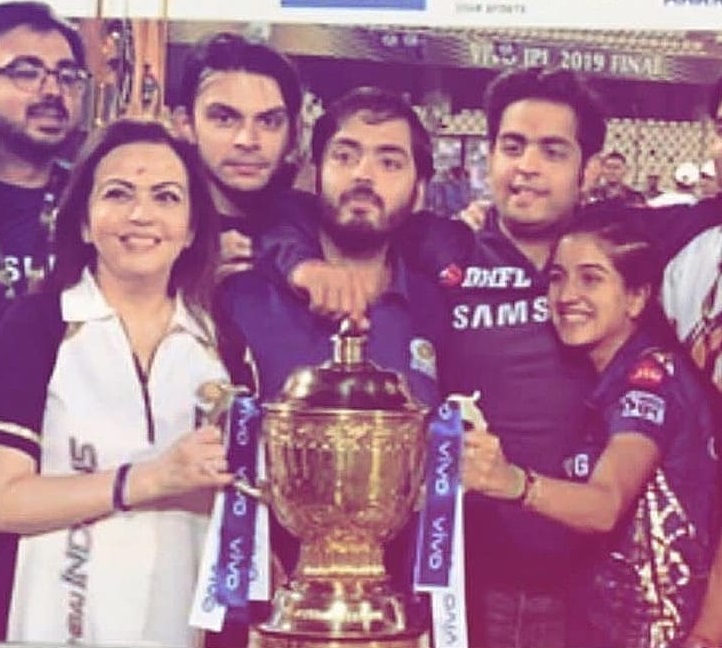 On the morning of the final, we were first smitten by a video which had gone viral on social media, in which we could see the oh-so-beautiful, Radhika Merchant, snapped outside the Mumbai Airport with her beau, Anant Ambani, all set to leave for Hyderabad. Take a look:

Shloka Mehta and Akash Ambani got married recently on March 09, 2019, and it was a star-studded affair in Mumbai. Post their wedding, we had all been waiting for their pictures, and these days, they are often snapped at various functions. For instance, on April 1, 2019, Akash Ambani and Shloka Mehta along with Mukesh Ambani, Nita Ambani and Isha Ambani Piramal went out for a family dinner at Wasabi By Morimoto, Taj Mahal Hotel. (Also Read: Chhavi Mittal Shares If Labour Doesn't Happen Today, Doctors Might Have To Artificially Induce It)

Another instance was on April 25, 2019, when Shloka Mehta was snapped by the shutterbugs at Anushka Rajan Doshii’s ‘The Pali Pop Up’. Shloka had donned a white ruffle top and she paired it with floral palazzos. Take a look:

Speaking of how she got lucky to have the support of their families, Shloka Mehta was once quoted as saying, “Despite years and busy schedules, we have always found ways to stay connected. Akash is incredibly grounded, and we share a bond based on meaning and memories. We don't just get along - we also support each other's hopes and aspirations and are determined to build a sense of purpose into our lives together. We are lucky to have a love that began with being best friends and luckier still to have such supportive families.” 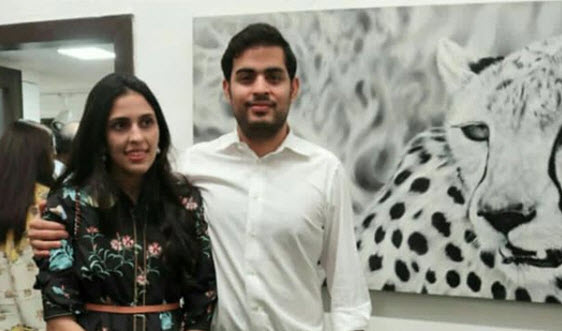 Akash and Shloka's wedding took place on March 09, 2019, at Bandra Kurla Complex. About their wedding itinerary, an India Today report had stated, “The Mangal Baaraat will assemble at the Trident in Mumbai at 3.30pm on Saturday. From the Trident, the baaraatis are to leave for the Jio World Centre in Bandra Kurla Complex. High tea will be hosted for the guests at Jio World Centre at 6.30pm on March 9. Akash and Shloka's wedding ceremony will take place at 7.30pm.” 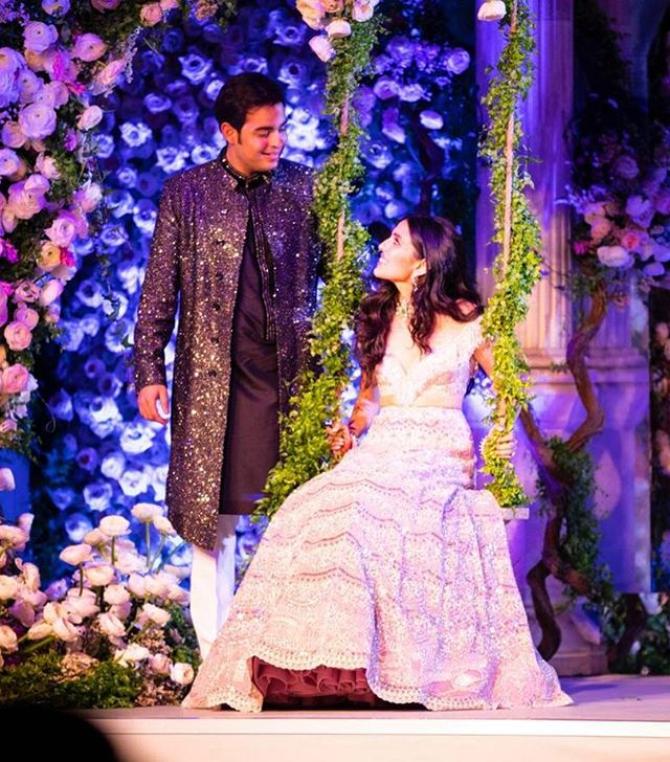 Shloka Mehta, for those who do not know, is the daughter of Russell Mehta and Mona Mehta. Shloka Mehta herself is the director of Rosy Blue Foundation since 2014. Then in 2015, she became the co-founder of ConnectFor, her brainchild which gathers volunteers for various NGOs running in Mumbai. (Don't Miss: Erica Fernandes And Parth Samthaan's Vacation Pics Prove They're Made For Each Other) 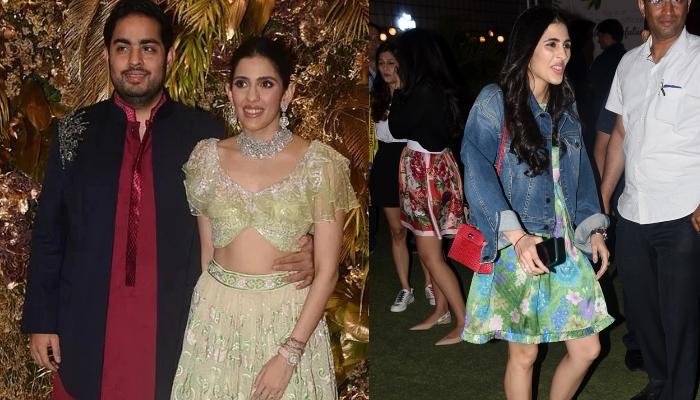