No matter where we go, one relationship that will always remain intact is of sisters! They are the souvenir of our lost childhood. When one trips in life, the other one picks her up after she ends her laugh. They are the first person, you can blame when things get messed up. And Bollywood actress, Shilpa Shetty Kundra shares an exactly similar relationship with her little sister, Shamita Shetty. (Recommend Read: Bhagyashree Shares Rare Photo With Her Son Abhimanyu From His First Birthday, Netizens Get Nostalgic)

We have seen glimpses of Shilpa's beautiful relationship with her little sister, Shamita. The gorgeousness is only three-years older to Shamita and yet she is extremely protective of her and makes sure to give her the right advice in all her endeavours The two have been with each other like a pillar of strength and their bond is admired by all their fans. They are just like any of us dancing on old Hindi songs and acting like a cutesy couple. On Shamita's birthday, Shilpa has given us a glimpse of their adorable dance and it was definitely a sight to behold.

Shilpa and Shamita never fail to shower love on each other. On February 11, 2021, Shilpa took to her Instagram handle and shared her hilarious reaction when she had seen her sister, Shamita wearing a similar ensemble. Alongside the video, Shilpa wrote, "My face when I realised that she’s wearing the same outfit for our Lunch date... copy cat! @shamitashetty_official. But I'm not complaining case we wearing @dreamssbyss." Check it out below:

Shamita reposted the same video, but with her own version. The gorgeous starlet wrote, "Helllooooooo Posting first doesn’t help Munki. I was ready first! So, who's the copycat?" (Also Read: Kareena Kapoor Khan's Cousin, Armaan Jain Summoned By ED, His Home Searched In Money Laundering Case) In an interview with the DNA, Shamita had revealed that she always asks for her sister, Shilpa's advise. She had shared, "Anything I take up or do, I have to consult Shilpa. From what I wear to who I am dating, I make her a part of everything as I have faith in her judgment. But when this came along, I had already made up my mind and told her about it. She was happy because she knew that I wanted to get back to acting. I don’t think I really got a chance to do enough of that." 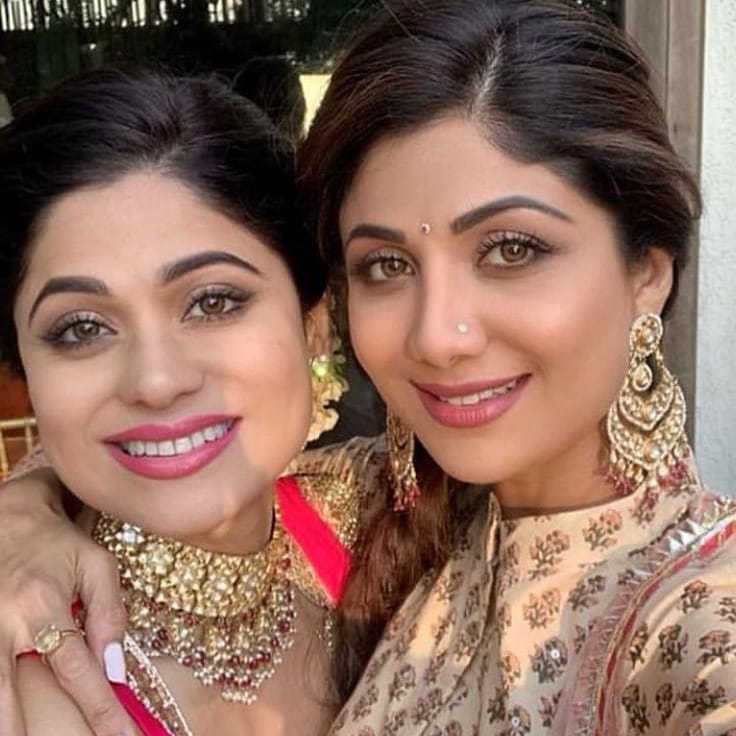 In an interview with the Hindustan Times, Shilpa had shared an anecdote from her childhood. She had shared how she had locked her sister inside their daddy's cupboard, "There was a time I have locked Shamita inside daddy’s cupboard. Then, when she came out, she was mata chandalini (laughs). Then we have had huge fights. She and I have fought, I have thrown a sun-mica piece at her and there’s a cut on her face." (Don't Miss: Bigg Boss 14's Rahul Vaidya And His Wife-To-Be, Disha Parmar's Unseen Dance Video From A Wedding) 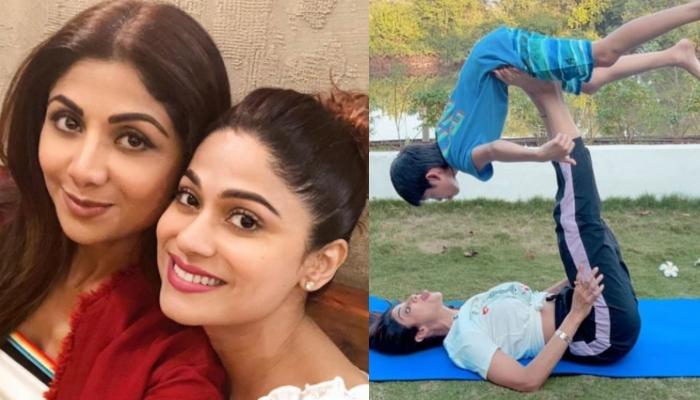