Shilpa Shetty Kundra posted a cryptic note on suffering, after Raj Kundra's revelation on his ex-wife, Kavita Kundra. Check it out!

A couple of days ago, the interview resurfaced on the web, after which Raj Kundra had shared the real reason behind getting divorced from his ex-wife. He had stated that his mother had found out about her alleged affair with his sister's husband. 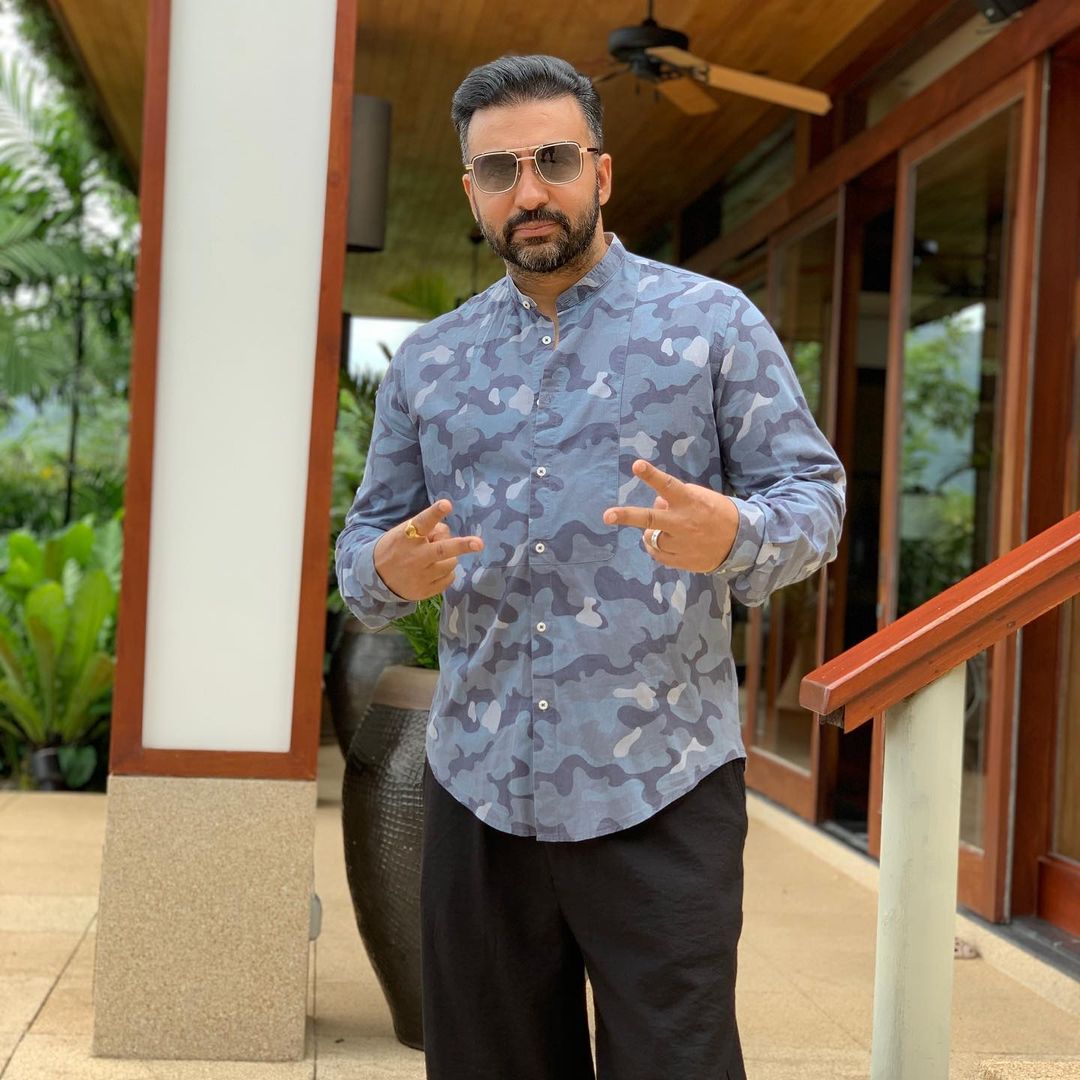 Even though Shilpa Shetty Kundra never came out in the open and addressed the issue. On June 13, 2021, Shilpa took to her Instagram handle and shared a cryptic note on sufferings as her IG stories. The text in the image can be read as "Goodness does not exist in isolation. Every act of goodness contributes to a greater good. Similarly, when any act of goodness is delayed or thwarted, we all suffer. Sometimes we see or hear about bad things being done to good people, and we don't do anything because the events seem so far away or disconnected from us. But when a good person is attacked, injured, arrested, jailed, tortured, or killed anywhere in the world, we are all diminished- and we are all a little less safe." Check it out: 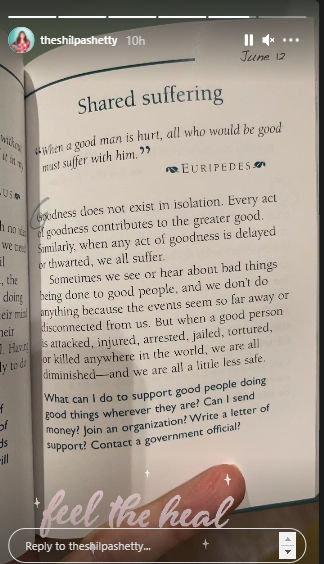 Raj Kundra had also shared in his media interaction that his wife, Shilpa Shetty Kundra, didn't want him to share the details about their past. The actor's husband had said, "Shilpa didn’t want me to speak when I sent her the old articles going viral again. The timing of these articles, days after her birthday going viral again, upset me. Enough was enough!"

Also Read: Shilpa Shetty Reveals Dating Raj Kundra During 'Life In A Metro' Shoot And Why 'In Dino' Is Special Raj Kundra's sister, Reena Roy, also shared her thoughts when she had found out about her ex-husband. She had stated that she had treated Kavita as her older sister. She used to love and trust. Reena had also revealed that they shared a good bond. However, Reena had never thought that Kavita would ruin her married life.

For the uninitiated, Raj Kundra and Shilpa Shetty Kundra are together for the last 12 years! The key to a happy relationship is to become the best friend of your better-half! After all, the strongest couple is the one, who knows how to go on fun dates, not just romantic ones. They don't just love each other, they like each other and this is what makes