Bollywood actor, Sharman Joshi's father and Gujarati theatre actor, Arvind Joshi died at the age of 84 in Mumbai. Find out!

Popular Bollywood actor, Sharman Joshi is one of the most loved actors of the film industry, who always gives his everything in every character that he portrays on the big screen. We have seen him perform complex, comic, intense, romantic, and many other characters throughout his acting career. Other than his brilliant filmography and acting skills, the actor is also respected for always heaping his immense love, respect, and admiration for his father, Arvind Joshi in many of his interviews, media interactions, and press conferences. (Recommended Read: Shilpa Shetty Had Wanted A Unique Design On Her Bridal Mehendi But Had To Settle For A Different One)

However, the heartbreaking news about Sharman Joshi's father, Arvind Joshi's demise has surfaced on the internet, and it has simply shattered the whole film and theatre fraternity in split seconds. Scroll down to know all details! 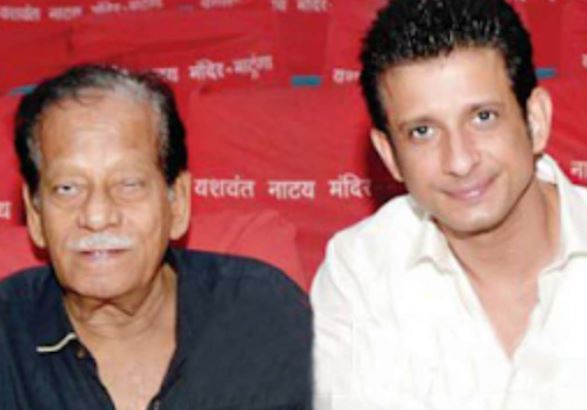 According to a report in The Indian Express, Bollywood actor, Sharman Joshi's father, Arvind Joshi passed away early in the morning on January 29, 2021. The heartbreaking news was confirmed to the publication by Arvind ji's sister-in-law and popular actress, Sarita Joshi. The veteran actress revealed that Arvind ji was admitted at Nanavati hospital in Mumbai due to some old-age related health and medical issues. Sarita ji also added that Arvind ji was of 84 and passed away in the morning in his sleep without any severe discomfort. The heartbreaking news came as a big shock to Indian cinema, as Arvind ji was a renowned theatre artist, who had played an important part in uplifting Gujarati theatre. (Don't Miss: Shruti Haasan Thanks Her Rumoured Boyfriend, Shantanu Hazarika For Making Her Birthday Super-Special) As a result, from Paresh Rawal to Komal Nahta, many celebrities, film critics, and netizens have come forward to extend their heartfelt condolences to his son, Sharman Joshi, daughter, Manasi Joshi Roy, and other family members. There are reports that late Arvind Joshi's cremation is going to be held tomorrow i.e., January 30, 2021, at the renowned Vile Parle Crematorium in Mumbai. For the uninitiated, late Arvind Joshi had portrayed a lot of memorable characters in hit-movies like Sholay, Ittefaq, Apmaan Ki Aag, and many others but the versatility he had shown in his craft in his plays during his theatre days is still used as a benchmark for young Indian actors. The late veteran actor will always be remembered for his humbleness and for giving film and television industry a talented actor in his son, Sharman Joshi and daughter, Manasi Joshi Roy.

Late theatre legend, Arvind Joshi's son-in-law and popular actor, Rohit Bose Roy also took to his Instagram handle and shared a heart-breaking note in his memory. The doting daamad posted a side picture of his sasur ji in which the late actor looked handsome and can be seen posing for the camera with a beautiful smile. Rohit talked about his impact on his life and wrote, "Another legend passes.. I lost my father in law and Gujarati theatre lost its last legend... he strode the floorboards of practically every major theatre in india with charm, finesse and the confidence only seen in royalty.. small wonder then that he was regarded as a Monarch of Gujarati theatre...But more than anything, the world lost a nice guy... Rest in peace Arvind Bhai.. I'm sure you'll bump into my Dad up there and when u do, give him a huge hug for me and have a drink! Cheers! #arvindjoshirip" in the caption. Take a look: Last year, on the occasion of Father's Day, i.e., June 21, 2020, Sharman Joshi's sister, Manasi Joshi Roy had taken to her IG handle and had posted a sepia picture with her parents from her childhood days. A little Manasi could be seen posing for the camera with a quirky expression while being in her mother's arms. In the picture, we could also see her father, Arvind ji, and it was his trademark smile that had made us fall in love with him all over again. Along with the picture, Manasi had written a sweet note that could be read as "Dads are special people who deserve our unconditional love and a big thanks. They have always loved us. Whether we know it or not, they have the best plans for us. #happyfathersday." (Also Read: Rakhi Sawant Pulls Abhinav Shukla's Shorts, Leaves Him Shocked, Rubina Warns Her Not To Cross Limits)