Shahid Kapoor and Ishaan Khatter's social media banters make us laugh harder. This time, Ishaan's parents, Neliima Azeem and Rajesh Khattar joined in to have some fun with Shahid Kapoor.

Some relations don’t require blood bonds to flourish, they are made out of love and understanding. Sometimes, blood bonds don’t stick by your side as much as the bonds made out of love stand by you. Bollywood celebrities have taught us love, in so many ways. Not just the movies, the real-life bonds of these celebrities are an inspiration. And some major inspiration is spread by the brother duo of B-town, Shahid Kapoor and Ishaan Khatter. (Also Read: Ranveer Singh Shares 'Then-And-Now' Pictures Of His Parents To Wish Them On Their 40th Anniversary)

Shahid Kapoor and Ishaan Khatter’s bond needs no introduction. The two have an uncanny resemblance and crazy love for dance. Shahid has always been a protective brother for Ishaan, guiding him with right and wrong. However, Ishaan is what he is because of his hard work, but his brother, Shahid’s guidance cannot be missed. Although, Shahid and Ishaan are half-brothers as they both are born to Neliima Azeem, this fact does not distance them ever. We can laud the two for their love and bond, on and on and their social media banters make us laugh harder. In another episode of brothers' social media banter, Ishaan’s parents, Neliima Azeem and Rajesh Khattar join in to have some fun with Shahid Kapoor. 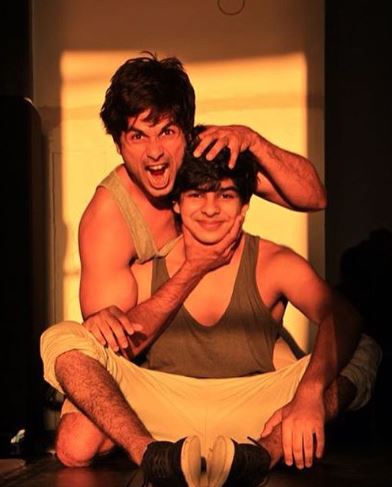 It happened that Shahid Kapoor took to his IG handle on September 20, 2020 and shared one hilarious video. In the video, he can be seen with a crazy filter, acting goofy and captioned it as ‘Hi’ . It was his brother, Ishaan Khatter, who asked him a fun question, “Which movie are you prepping for here” followed by tongue out emoticon. To this, Shahid silently plugged in his song and brother, Ishaan’s upcoming movie in his comment and replied, “Khaali peeli khaali peeli tokne ka nai.” Over this, Ishaan’s father, Rajesh Khattar completed the line, writing, “Lekin…. Tera peecha kare toh rokne ka nahi.. luv u guys.” Ishaan too, just like his father replied, “tera peechha karoon toh rokne ka nai.” Shahid and Ishaan’s mother, Neliima Azeem also joined in the fun banter and posted two comments, which can be read as “Adorable and ouch funny” and “You have to play this character pleeeeeeaaaaase”. Check out the family’s fun banter below: Ishaan Khatter and Shahid Kapoor’s social media comments over each other’s profiles are worth reading as they can lighten up anyone’s mood. A few days back, Shahid had posted a black-and-white mirror selfie on his Instagram and had captioned it as “So that’s what it feels like to be in front of a camera”. The picture had left Ishaan impressed and he had dropped a comment, “So that’s what it feels like to be ageless… thu thu” followed by an evil eye emoji. To which, Shahid had replied, “@ishaankhatter did you just spit on me”. Ishaan had clarified in his next comment, “@shahidkapoor with a mask”. 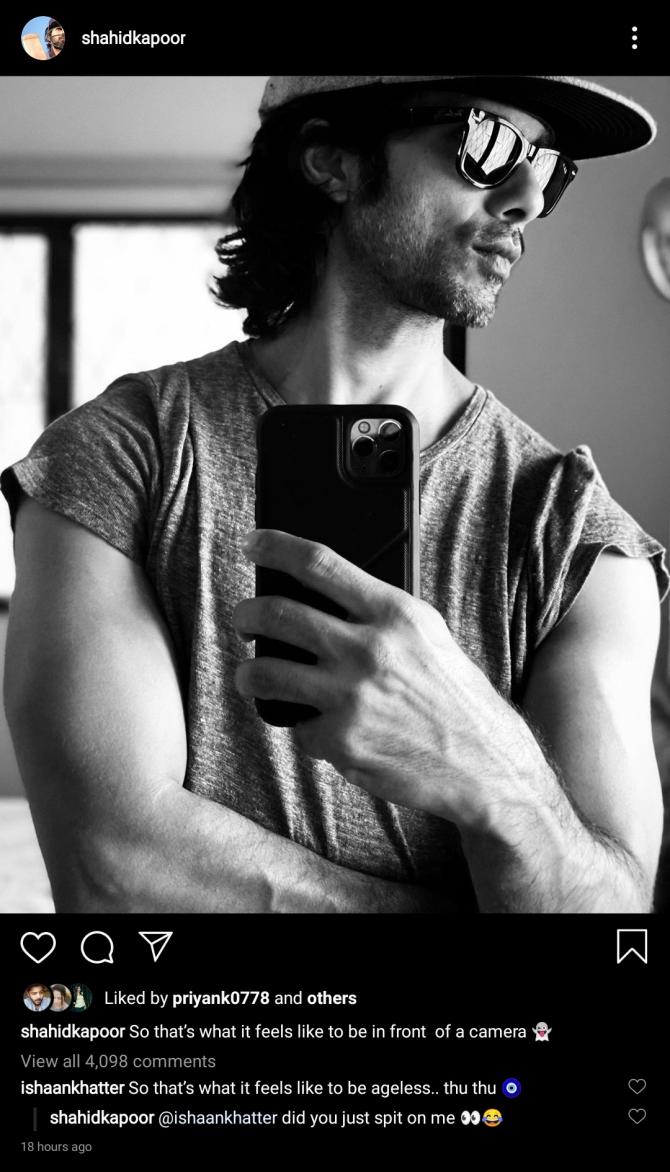 In a conversation with Pinkvilla, Neliima Azeem had talked about how Shahid had pestered her to have a child again, and specifically a brother. She had said, "It was Shahid who wanted me to have a child again. He was 14 and we (she and Rajesh Khatter) were well settled with our lives. I was happily working and the thought of having a baby again never crossed my mind. But Shahid specifically wanted a brother. I have my own brother so I knew what he meant. You can get married and have partners but your brother is the only one with your DNA after your parents aren't there with you. So I remember I wanted a girl and I couldn't have promised Shahid a brother. But my doctor, after Ishaan was born, didn't congratulate us first. She said, "Congratulations to Shahid. He's got his baby brother." (Don't Miss: Mahhi Vij Enjoys A Pool Party With Her Daughter, Tara During Their Goa Vacation, Shares A Glimpse) She had further recalled Shahid doing a full mad dance after knowing that he is blessed with a baby brother. She had said, "After Ishaan was born, Shahid came to Yari Road where we used to stay, and went to the next gully where he played with his friends and did a full mad dance. He was so happy." (Recommended Read: Arora Sisters, Malaika And Amrita Use An Inside Term To Wish BFF, Kareena On Her 40th Birthday) The relation between a devar and a bhabhi is very different. A bhabhi would protect her devar like an elder sister and yet when he would mess things up, she would be the first one to give him a scolding. We have seen how close Shahid Kapoor was with his