From Sanjay Leela Bhansali to Konkona Sen, these Bollywood stars had challenged the patriarchy and inherited their mother's surname. Check Out!

Inheriting the family name is a patriarchal tradition that has been followed for decades. It is pretty uncommon for a child to receive their mother's surname. Even single mothers are expected to pass on their husband's last name to their children. But, time and again, Bollywood celebrities have smashed the patriarchy and proudly changed their names to honour their mother's sacrifices and contributions to their lives.

Mothers are a blessing, and it's time to show them the respect they always deserved. She is the epitome of strength, sacrifice and love. From being our first teacher to an adorable best friend and secret keeper, mothers are the synonym of beautiful. However, being born with your father's surname does not mean you have to live with it. Here are some Bollywood celebrities who took their mother's last name and smashed the patriarchy.

Juhi Chawla Reveals How Aamir Khan's Nephew, Imran Khan Had Proposed Her When He Was Just Six 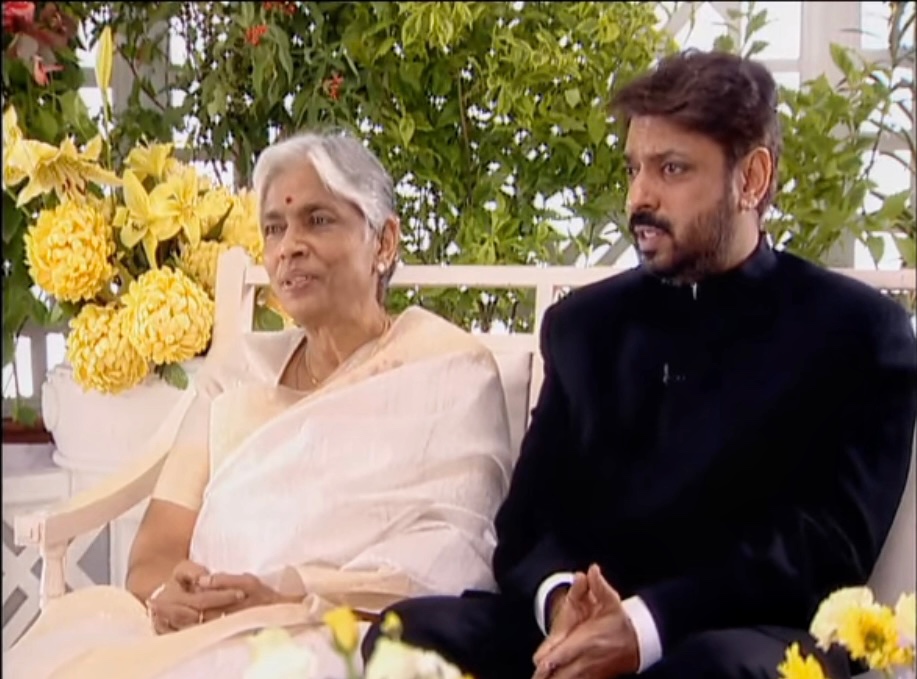 Ace filmmaker and National Award winner, Sanjay Leela Bhansali has etched a special place in our hearts with his spectacular cinematography, larger-than-life film set, and engaging narrative with the perfect blend of richness, melodrama and emotions. Over the years, he has created a legacy, and it's every actor's dream to work with him. He has given some priceless movies to Indian cinema, including Devdas, Hum Dil De Chuke Sanam, Ram-Leela, and Bajirao Mastani. Talking about his surname, he has kept his middle name Leela since childhood as his mother's name is Leela Bhansali. In a conversation with Simi Garewal, the doting son, Sanjay Leela Bhansali had elaborated that this is his way of honouring a woman, who has done so much for him. He could be quoted as saying:

"I feel it's my way of saying thanks to the woman who has done so much for me. To be able to say thank you to a mother for any son or any daughter in this world is not enough." Wake Up Sid actress, Konkona Sen is a powerhouse of talent, known for her Hindi and Bengali films. She is a proud daughter of her mother, Aparna Sen and her father, Mukul Sharma. Her mother is a celebrated Bengali actress and director. Konkona had chosen to honour both of her parents as she had added her mother's surname to her middle name and did not drop her father's name as well. Kabhi kabhi Aditi Zindagi Mein Koi Apna Lagta Hai, Kabhi Kabhi Aditi Who Bichad Jaye Toh Ek Sapna Lagta Hai. Yes! We are talking about Bollywood actor, Imran Khan, son of Nuzrat Khan and Anil Patel. He was known as 'Chocolate Boy' of Bollywood, who had won millions of hearts with his 2008 debut film, Jaane Tu Ya Jaane Na. After his parents' separation, Imran had decided to add his maternal surname Khan as a symbol of love and fondness towards his mother.

Also Read: When Ajay Devgn And Kajol Called Their Daughter, Nysa A 'Japanese' And Son, Yug A 'Typical Punjabi' 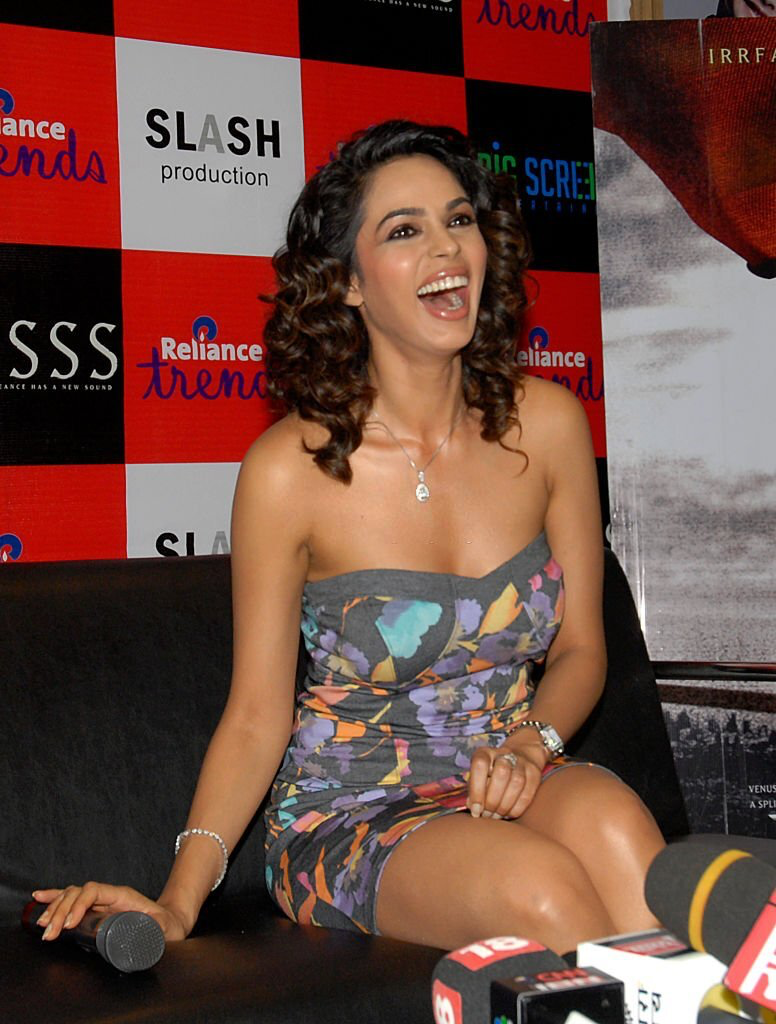 Popularly known for her bold onscreen presence and sizzling performances in Hindi movies like Murder and Welcome, Mallika Sherawat's real name was Reema Lamba. In an interview with Bollywood Bubble, Mallika had opened up about her decision to drop her father's surname. She had recalled fighting patriarchy in her hometown, Haryana and running away from her house to pursue a career in acting. Mallika had stated that her father had felt that she would ruin their family's reputation by venturing into showbiz. 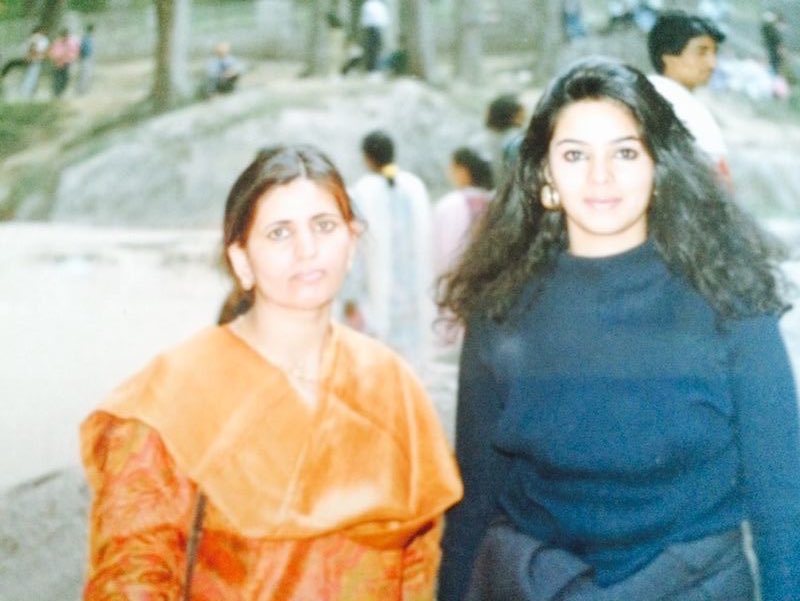 Mallika had further recalled the time when her father had even threatened to disown her. After that ugly fight with her father, she had deliberately dropped Lamba from her name to inherit her mother, Santosh Sherawat's last name. In her words:

"I questioned it all — these norms that patriarchy has set to control women and this is because very early on in life, I read Vivekananda. So, I started questioning. I didn't find the answers and didn't like the answers so I ran away." Bengali beauties, Riya Sen and Raima Sen are the daughters of actress, Moon Moon Sen and Bharat Dev Varma, who belong to Tripura's royal family. However, Rima and Raima did not opt for her family name and had chosen to add her maiden name, Sen.

Don't Miss: When MS Dhoni And His Wife, Sakshi Dhoni Revealed The Secret Behind Their Happy Married Life Popular actor, late Dilip Kumar's wife, Saira Banu is one of the most renowned actresses of her time. She had decided to continue her mother, late Naseem Banu's legacy by adding her surname. Naseem Banu was known as the first female superstar of the Indian cinema as she had worked in Sheesh Mahal (1950), Pukar (1939), among others. Model turned-actress, Lisa Haydon has always stunned her billions of fans with her sartorial trends. She was born to an Australian mother and a South Indian father. Although her paternal surname is Venkat, she uses her mother's surname Haydon because of an incident. After her birth, the Venkat family was migrating to Australia, but since infants are not allowed to have their own passports, she had shown her mother's passport. And since that incident, Lisa Haydon has continued to use her maiden name. Lisa had shared:

"Since infants are not allowed independent passports, I shared my mom's passport. That's how I got my mom's last name. She is an Australian while dad is a South Indian, and he goes with the name Venkat." 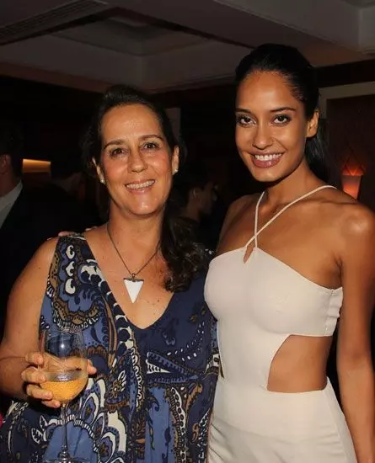 Nothing is more pure and beautiful in this world than mother's love. And with changing times and developing mindsets, more people are opting to carry their mom's legacy out of love and respect. Now, children have the right to choose, and they can choose either their mother's or father's surname or even both.

Next Read: Kangana Ranaut's Most Expensive Things: From A Bungalow Worth Crores To A Luxurious BMW 7-Series