Sara Ali Khan shared a rare childhood picture with her 'badi amma', Sharmila Tagore, and it depicts the endless love she has for her.

Bollywood actress, Sara Ali Khan is taking forward the legacy of her grandma, Sharmila Tagore. Ever since Sara stepped into the world of glam and glitz, she has been expressing her endless love for her gorgeous badi amma. While we all know about the turbulent relationship Sara Ali Khan's mother, Amrita Singh had with her in-laws and her ex-husband, Saif Ali Khan, the bitterness never shows in the upbringing of the actress. In fact, Sara shares a warm bond with everyone in her father's family.

On December 8, 2022, Sara took to her Instagram handle and posted a picture collage to wish her badi amma on her 78th birthday. In the first picture, we can see little Sara holding a hanky in her mouth, and Sharmila Tagore was looking at something. It was an adorable moment captured by the camera. The next picture was of Sara and Sharmila posing together, and they looked super elegant together. 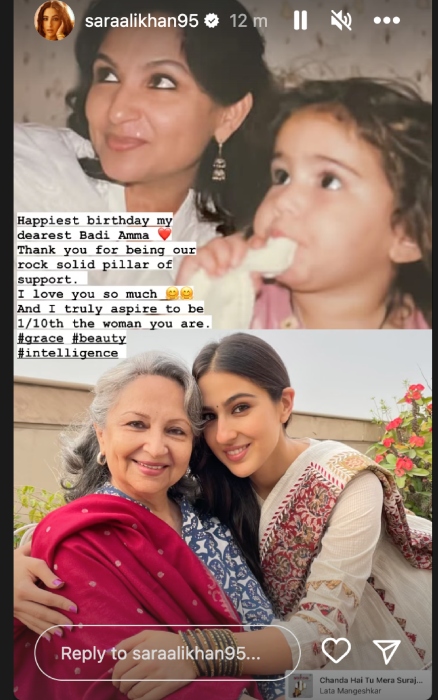 Atop it, Sara penned a heartfelt note for Sharmila. She thanked her and called her the entire family's pillar of support. Sara also added how she truly aspires to be a woman like her badi amma. She wrote:

"Happiest birthday my dearest badi amma. Thank you for being our rock-solid pillar of support. I love you so much. And I truly aspire to be 1/10th the woman you are. #Grace #beauty #Intelligence." 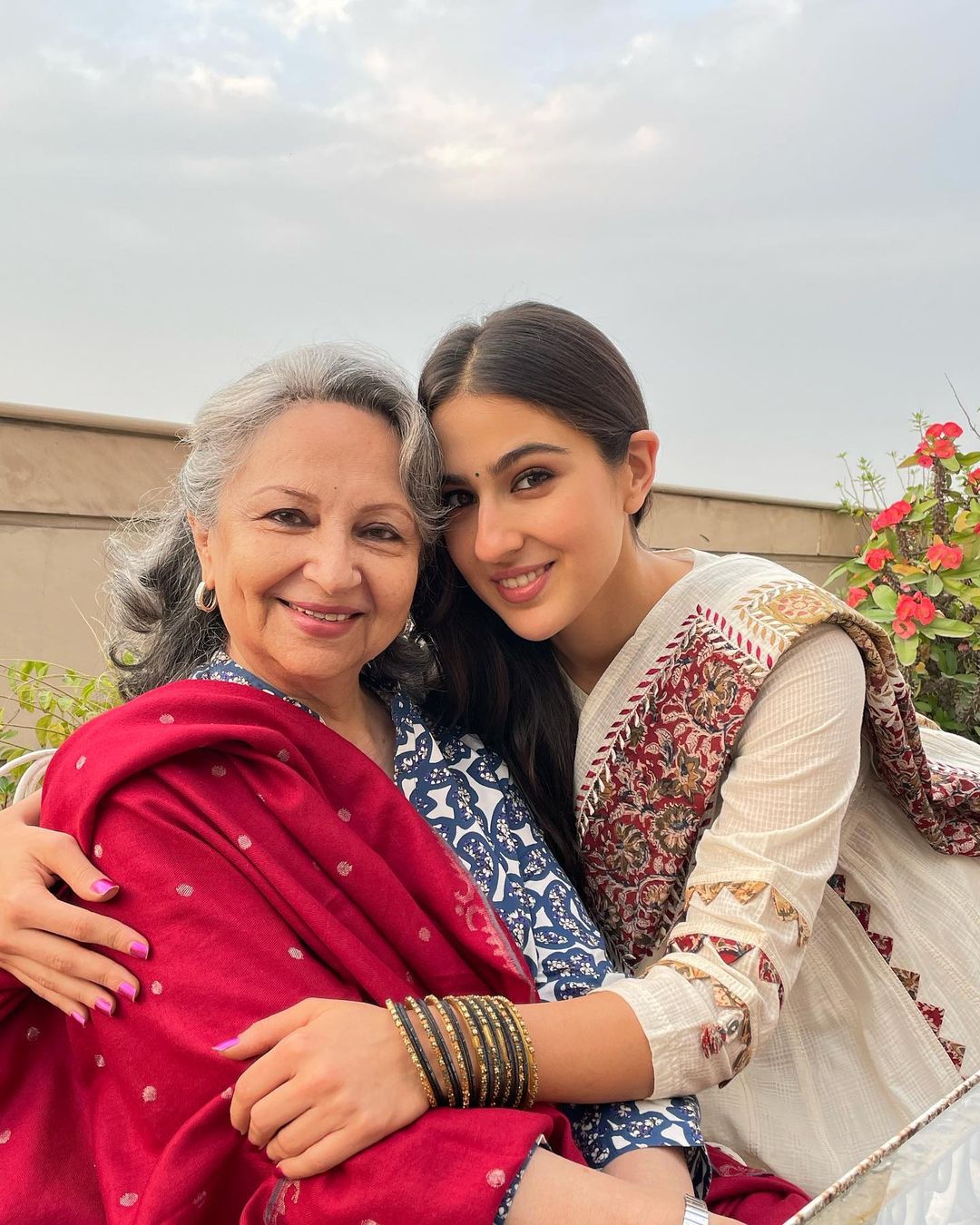 On the work front, Sara Ali Khan will be next seen in the film, Metro In Dino!

Next Read: Urvashi Dholakia's Son, Kshitij Reacts To Mom's Bold Bikini Photos: 'We Are Very Much Fine With..' Daughter of actors, Saif Ali Khan and Amrita Singh, Sara Ali Khan is well-known for her bubbly nature and humble upbringing. The actress never fails to win our hearts with her down-to-earth personality, and her acting prowess is unmissable. On the personal front, Sara is rumoured to be dating Indian