'RRR' Actor, N.T. Ram Rao Jr., commonly renowned as Jr NTR, is one of the biggest and most bankable actors in the country. So, today let's take a look inside his most expensive assets!

South Indian actor, N.T. Ram Rao Jr., commonly renowned as Jr NTR, is one of the biggest actors in the country. Being the son of the legendary actor and politician, late Nandamuri Harikrishna and grandson of iconic actor, late N. T. Rama Rao, acting is something that runs in Jr NTR's veins. With films like Student No. 1, Aadi, Simhadri, Yamadonga, Temper, Janatha Garage, Aravinda Sametha Veera Raghava and RRR, Jr NTR, had proved his versatility as he had shown that he could pull off any character, no matter what.

Apart from his immense success on the professional front, not many are aware of his personal life. For the unversed, Jr NTR had got married to Lakshmi Pranathi Rao, who is the daughter of a renowned businessman, Narne Srinivasa Rao, on May 5, 2011. The wedding had taken place at Hitex Exhibition Center, Madhapur, and it was one of the biggest weddings of the year 2011. The couple is blessed with two sons, Nandamuri Bhargav Ram and Nandamuri Abhay Ram. The actor is famous for possessing some super-expensive assets, so let's jump straight into it without further wait! 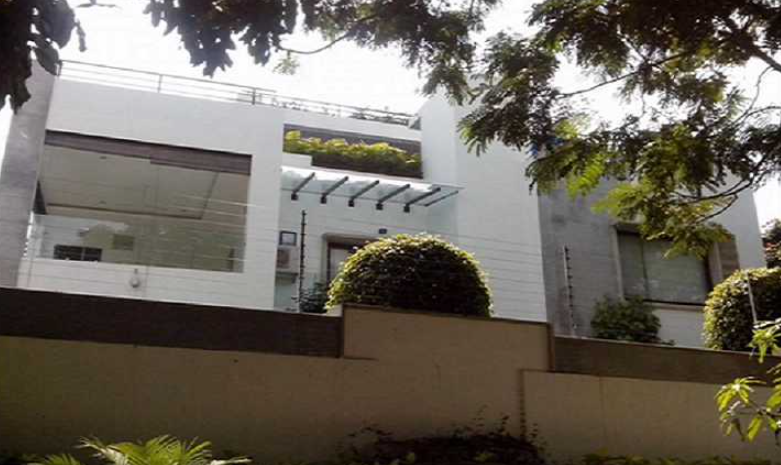 South Indian superstar, Jr NTR lives with his wife, Lakshmi Pranathi and their kids, Nandamuri Bhargav Ram and Nandamuri Abhay Ram, at their luxurious bungalow in Jubilee hills, Hyderabad. The location is also considered one of the most expensive and posh areas of Hyderabad and perfectly resonates with Jr NTR's image and stardom. The white bungalow looks nothing less than a palace. Coming to the price of Jr NTR's Hyderabad bungalow, as per the reports, it is estimated to be around Rs. 25 crores. 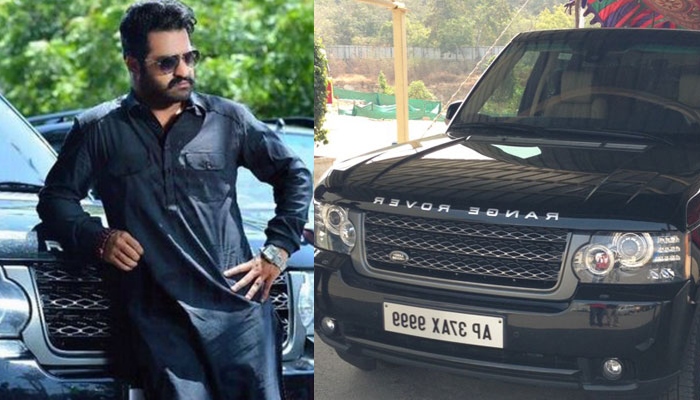 Jr NTR is an avid car lover, and time and again, he has shown his craziness for supercars by buying some insanely expensive cars in recent years. One of them is Range Rover Vogue, which Jr NTR had bought a few years back. Jr NTR's Range Rover Vogue is one of the costliest SUVs in India, and with a seating capacity of five, this giant car holds a powerful engine of 3.0 L 6-cylinder. The price of Jr NTR's white Range Rover Vogue is estimated to be around Rs. 2.65 crores.

Don't Miss: Vijay's Love Story: When Thalapathy Fell For His Fan, Sangeetha And Married Her In A Dream Wedding 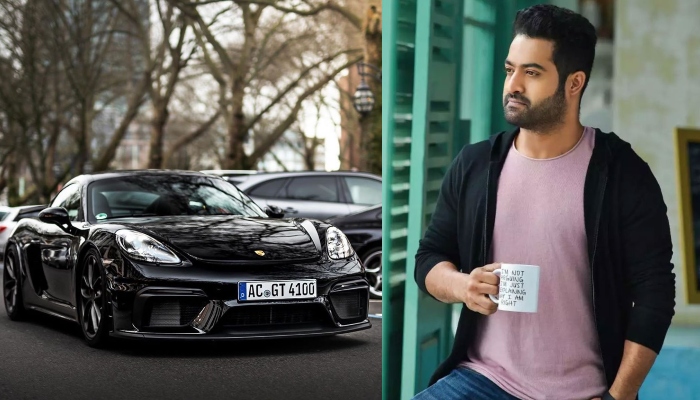 The high-performance sports car by the German maker, Porsche Cayman S, sits inside Jr NTR's garage. The sports car is known for its sleek design and powerful engine. It is one of the older generation cars that still use a flat-six engine instead of the current turbo flat fours that sound like one powering hatchback. It comes at the cost of Rs. 92.28 lakhs, which once again proves that Jr NTR loves splashing huge amounts of money to become the proud owner of some of the most popular cars on the planet. 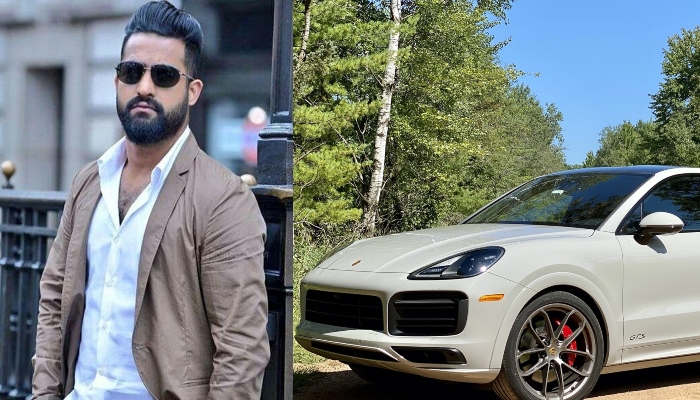 Apart from the luxurious cars, RRR actor, Jr NTR also has a Porsche Cayenne in his car collection. Yes! You read it right, we are talking about the world-famous German speedster that needs no introduction as it is one of the rare, sportiest and full-size SUVs in the world. Some eye-bobbling features of this car are its 2995 to 3996 cc engine, 456 to 550 bhp torque, AWD drive train, and spacious cabin inside. However, what drops our jaws is the whopping price tag of Jr NTR's Porsche Cayenne, as it's Rs. 1.93 crores, which is truly understandable after having a look at the features of this supercar. 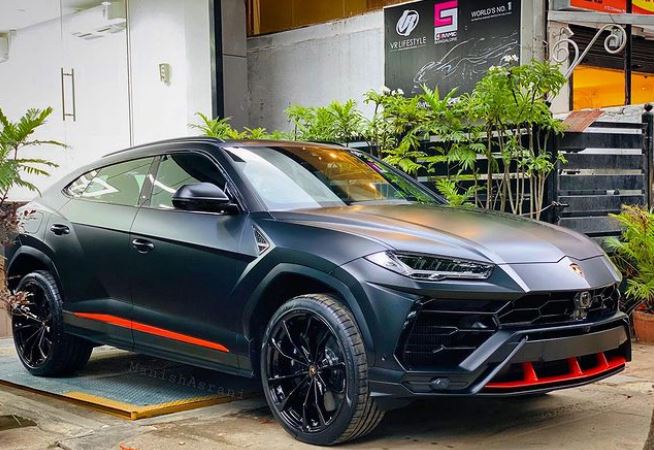 It was on August 18, 2021, when it was announced that Jr NTR had become the first Indian to own the Lamborghini Urus Graphite Capsule after his supercar had landed in Hyderabad after all the official work. The Urus model in stealth mode is simply breathtaking. The colour of this luxury car is Nero Noctis Matte with the famous Arancio Argos contrast colour. Famous Indian automobile expert, Manish Asrani had also dropped a closer glimpse of Jr NTR's Lamborghini Urus Graphite Capsule on his IG handle, and it was enough to take everyone's breath away. Talking about the price of this elite model, then as per the reports, Jr NTR had purchased it for a whopping sum of Rs. 3.16 crores.

You May Like This: Actress Priyamani And Mustafa Raj's Love Story: From An IPL Match To An Innings Of A Lifetime Although, not many details of Jr NTR's caravan are out in the media because the actor rarely uses his luxurious giant and is often seen travelling in his supercars or bikes. However, the price of Jr NTR's caravan is known to everyone, and it is Rs. 2 crores. Yes! As per the reports, you read it right that the South Indian superstar had purchased a luxury Volvo bus and had transformed it into a caravan after doing some exceptional work on it in terms of its breathtaking interior, designer exterior, and amenities provided inside the luxury caravan. 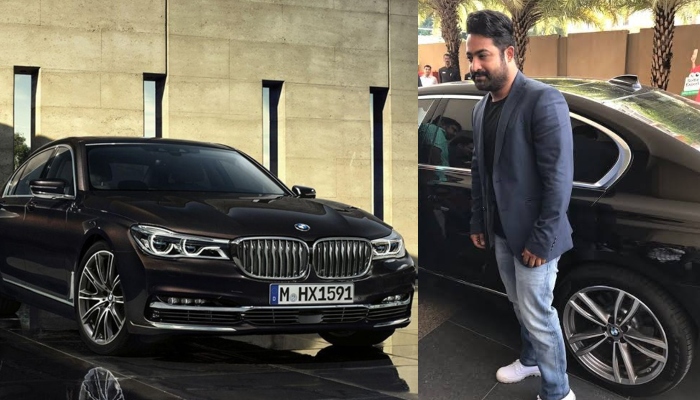 South Indian superstar, Jr NTR is also the proud owner of the BMW 720 LD, which is one of the most frequently used cars of the car. The luxurious sedan is worth every penny that has been invested by the actor in it. From its innovative features, dual-engine and unique driving dynamics, Jr NTR had purchased this thunderous car at a price tag of Rs. 1.32 crores. Jr NTR is a pure rider who loves speed, and it is one of the biggest reasons why he had bought the world's most famous sports bike, Suzuki Hayabusa, into his garage. With a top speed of 303 km/h to 312 km/h, Suzuki Hayabusa is all about speed, impressive performance and agility. Jr NTR had purchased this sports bike at the price tag of Rs. 14 lakhs. When we talk about bikes, it is impossible not to mention Harley Davidson. Similarly, when we talk about world-famous bikes, it is impossible not to find them inside Jr NTR's garage. The actor is the proud owner of Harley Davidson Street, which is estimated to be around Rs. 5.75 lakhs. It is one of the most loved and expensive cruiser bikes in the world. 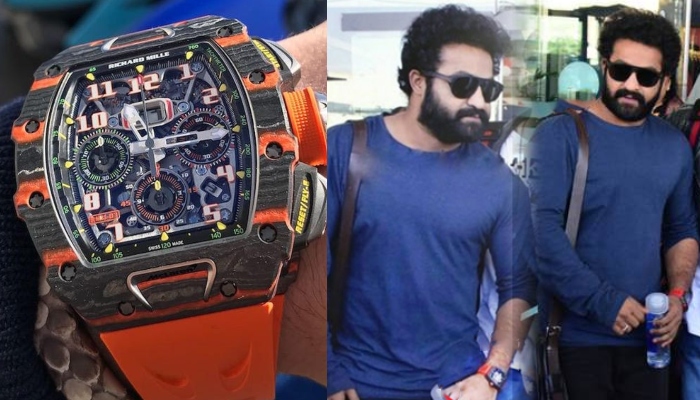 During the promotions of RRR, the film's co-lead, Jr NTR was spotted wearing the luxurious Richard Mille RM 11-03 wristwatch, and it had broken the headlines in split seconds. The reason? Well, the price of Jr NTR's McLaren automatic flyback chronograph watch is between Rs. 1.5 - 2.5 crores. Pictures of the actor donning the world-famous watch had caught everyone's attention and had gone viral on the internet. Once again, the iconic actor had proved that his love for luxury items is beyond words. From an expensive bungalow, luxury cars to world-famous motorbikes and a wristwatch worth crores, Jr NTR is a master at buying happiness with his high-earned cash. However, despite all these luxuries, he is loved the most for his golden heart, which is simply priceless!