Spending your whole life with a person who would love you all your life, be your comrade when the tides are rough, handling responsibilities together, taking care of each other’s needs for a lifetime, is what constitutes a marital bond. And one of the most stunning actresses of the telly town, Richa Sony must be all geared up to spend an eternity of togetherness with her now hubby, Jigar Ali Sumbhaniya. (Do Read: 'Mariam Khan Reporting Live' Actress, Mansi Sharma And Yuvraj Hans' Pre-Wedding Ceremonies Pics) 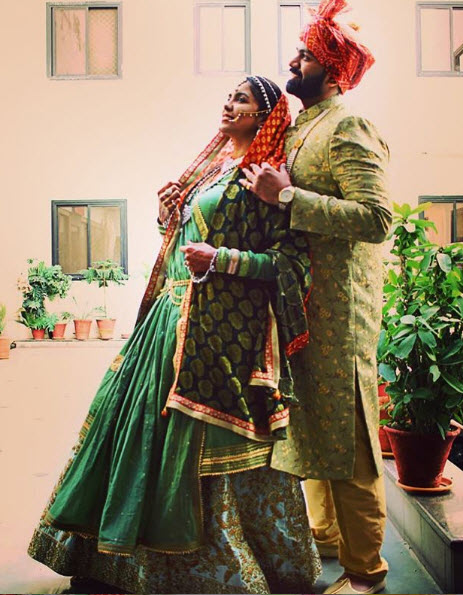 Speaking about her two wedding rituals, Richa shared with The Times of India, “I am a Bengali born and brought up in Bihar. So, we followed Bengali rituals for the first wedding, which happened in Mumbai. The second ceremony happened in Ajmer Sharif. During the nikaah, Jigar chose the name Mahenoor for me.” Also, do you want to see a complete wedding album of Richa and Jigar? Here you go! 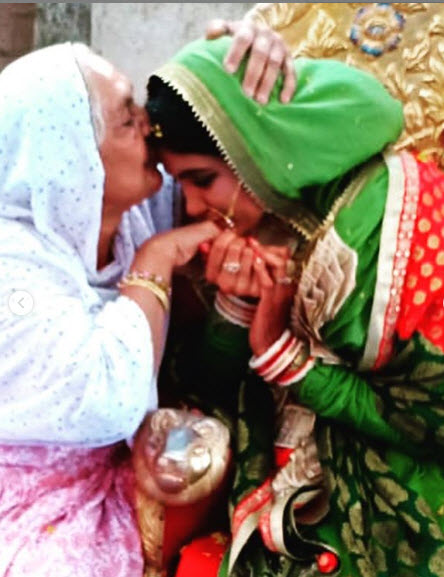 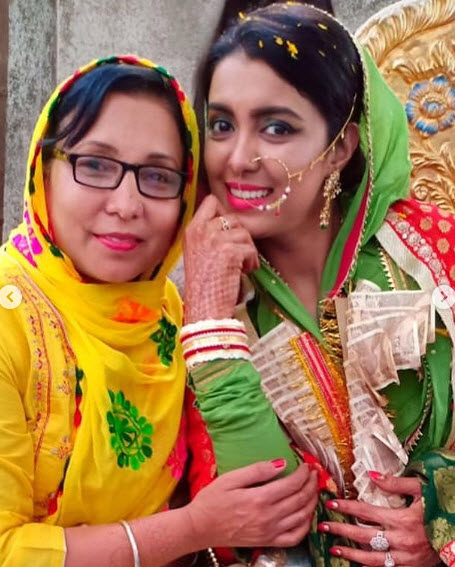 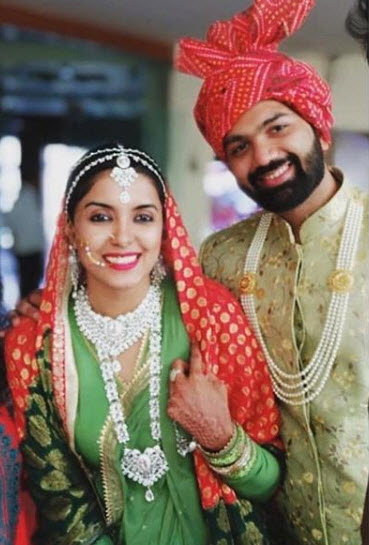 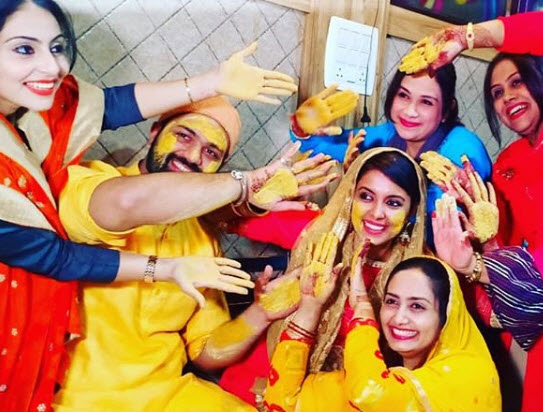 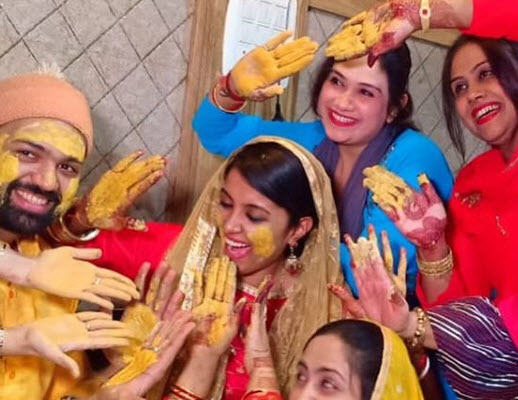 Further talking about their wedding via two rituals, the actress shared with TOI, "Getting married to Jigar is the best feeling. The wedding has made us complete and it feels beautiful. From being a Bengali bride to a Rajasthani Muslim bride, last week was a roller-coaster ride for me. We had our close friends and families in attendance and for us, nothing is more important than their blessings." And some more pictures from their 'big day': 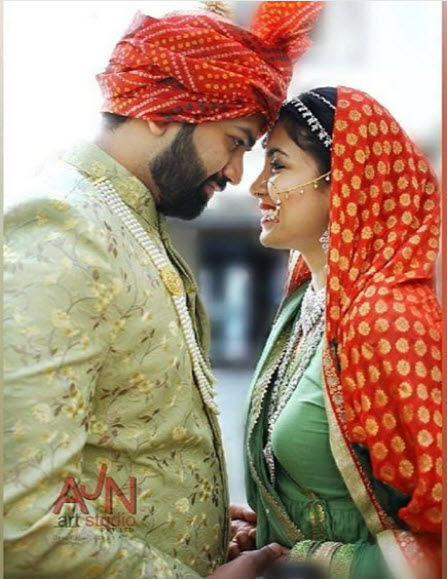 Dreamy, right? As expected, a difference in caste (Richa being a Hindu and Jigar belonging to the Muslim community), did prove as a hindrance for the couple in the beginning. Speaking about the same, the Muskaan actress shared in the same interview, “Religion was an issue earlier, because our customs and traditions are completely different. My parents were quite upset about me dating and planning to marry a Muslim guy.” Richa and Jigar had gotten engaged on November 14, 2018. With 'she' donning a traditional saree, and 'he' wearing a red kurta-pyjama with a white coat, the couple looked amazing! These are the pictures from their do: 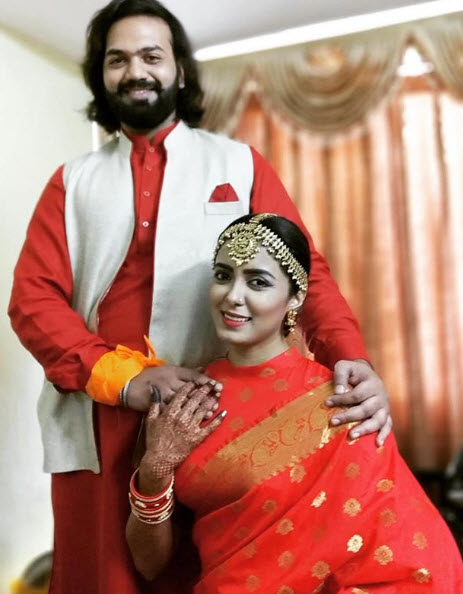 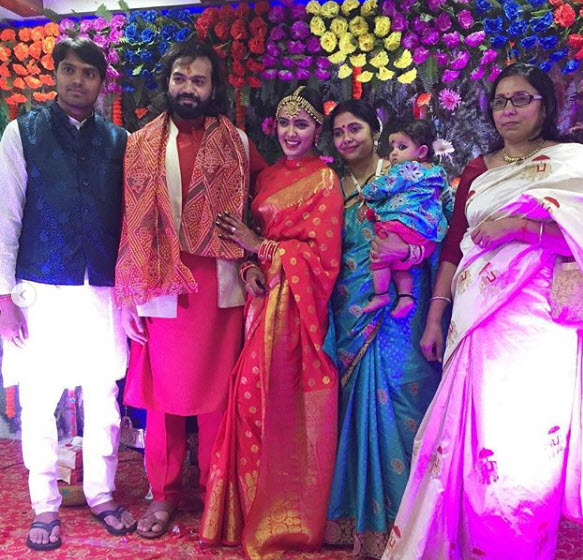 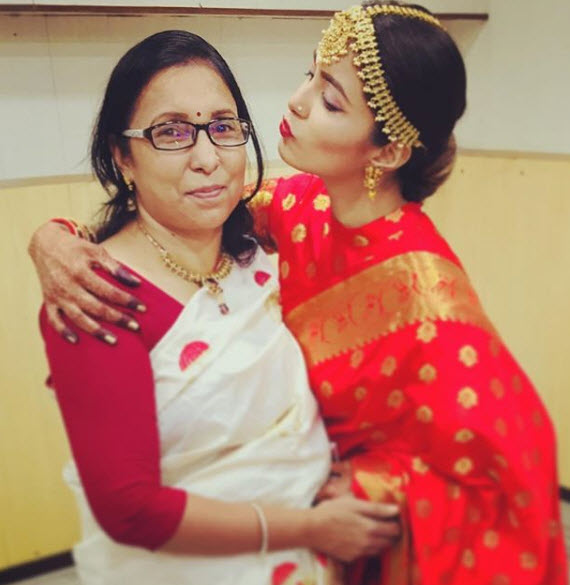 She further added, “But, they gave in when they realised that Jigar will keep me happy at any cost. It’s the person that makes your world beautiful, and in my case, it’s Jigar. Today, I can say that I am not a Hindu or a Muslim, but a human first. Also, both Jigar and I are quite liberal. We complement and complete each other. We follow and respect each other’s cultures and religions. Our parents are also humble, cordial and respectful towards each other.” (Must Read: Sonam Kapoor And Sunita Kapoor's Resemblance In Their Bridal Look Proves 'Like Mother Like Daughter') Reminiscing their love story and where they met, Richa revealed, “I met Jigar at a fitness workshop and we became friends. I didn’t fall in love with him at first, but he didn’t give up (laughs!). When I met him, I was nursing a heartbreak. So, when Jigar proposed, I told him that I was not in a position to think about marriage at all. But his approach was simple. He didn’t woo me, but allowed me to be myself. I can’t pick that one moment when I fell in love with him. It happened organically.” She concluded with, “It always felt right with him. If I may say so, Jigar is my knight in shining armour, emotionally. I would have been a bitter person if he had not entered my life. He simply told me that he would want to date me forever, but as a wife. I fell for his charm (smiles). We are different; while I am organised, he lives in the moment. But then, he knows where to stop before I get angry (laughs!). With him, I have learnt the true meaning of being myself.” 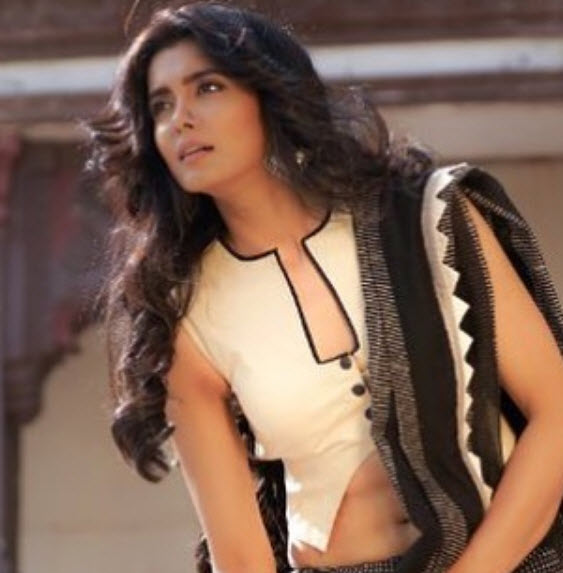 In a throwback 2010 interview with Tellybuzz, she had shared about how marriages should happen, “Be it love- marriage or arranged- marriage it hardly matters. But it's a very personal thought or say observation of mine, no offense to anyone at all please, that in all the love marriages the boy is very supportive of the girl. He sees to it that the girl is comfortable in every way after the marriage. Whereas in arranged marriage, there's a lot more responsibility on the girl. She has to first make that effort to understand her hubby and then his family. Of course, parents play a very important role here. Nowadays they are cool with any kind of marriage and even children are wise to know enough before jumping into a relationship with anybody.  Only love and blessing can keep a relationship going…just like we walk with both our legs…love and blessing are two feet that will help a couple traverse those many miles of life.” 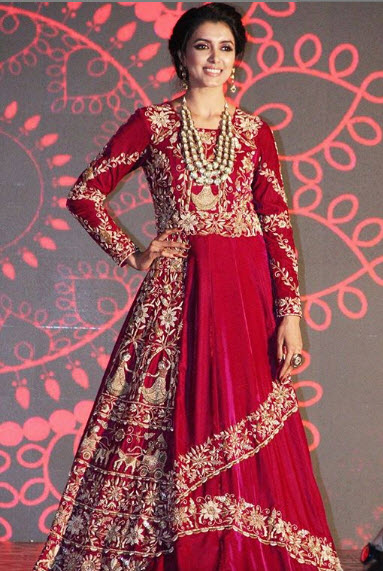 She had also then shared about confronting her parents when it came to her discussing her partner, Richa revealed, “They love me so much that they will not object to the boy that I've chosen. (Suddenly, Richa trails off and opens up her personal bubble to elaborate her dream!)  And it's my fantasy …I have a fetish for hot-air balloons, you see. So when the love of my life proposes me it should be on a hot air balloon with a bunch of roses and a diamond ring. I don't want my feet to be on the ground when my love proposes to me…so that's why hot air balloon!” (Next Read: Sana Khan Is Proud Of Her New-Found Love Melvin Louis For A Valid Reason, Calls Him 'Mere Daaku') Speaking about how her life partner should be, Richa had shared, “I would love for him not be a male chauvinist pig (laughs). He should accept me for who I am including all my eccentric little habits. He should be proud if I'm successful. There should be no place for gender ego between us.” We hope Richa that you have found the right guy! We wish Richa and Jigar, truckloads of good wishes.