Rashami Desai Talks About Her Mom's Financial Crisis, Dream Of Becoming An Air Hostess, And More

Rashami Desai Talks About Her Mom's Financial Crisis, Dream Of Becoming An Air Hostess, And More

In a candid interview, Rashami Desai talked about her mother, Rasila Desai and all the struggles she faced as a single parent during actress' childhood days. Find out!

There are no appropriate words that can truly describe the sacred, special and emotional relationship between a mother and her daughter. It is such a special connection beyond all the other bounds in this world and is the one that can never fade away with time. But there comes a moment in every mother's life where she feels helpless beyond limits but happy at the same time as her daughter is achieving so much in her life that she doesn’t have time to meet her. That happens a lot to the mothers of celebrities, who are indulged so much in their professional commitments that they are not able to be with their families. (Recommended Read: Geeta Phogat's Son Arjun's 'Dangal' Ready Pictures Prove He Will Follow The Footsteps Of His Parents)

But the case of Rasila Desai, the mother of popular television actress, Rashami Desai is a hard one as she’s a single parent and isn't able to spend a lot of time with her daughter. As a result, this lockdown has arrived like a blessing for her as she‘s spending a lot of time with her daughter and recently in an interview along with her, she talked about the struggles of being a single parent.

Rashami Desai's Stunning Photoshoot With Her Mother, Rasila Desai Is About The Power Of Motherhood 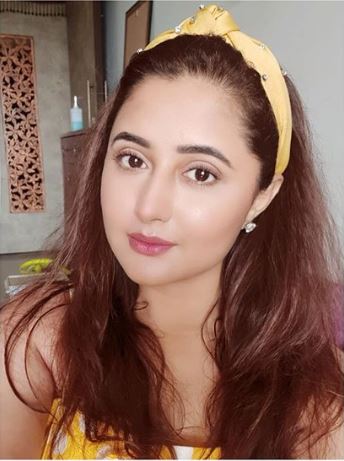 In an interview with Pinkvilla, Rashami Desai was asked about her childhood struggles and how tough it was for her mom, Rasila Desai to raise her single-handedly. On which, the actress revealed a lot of inspiring things and said, “My mother is my mother and father as well. She is my world. My world was very small. For my mother, the world was even smaller. My mother is also my father. For her, it was more difficult during my growing up days, having two kids, giving them the best life in a limited salary. She was a government teacher, so it was very difficult for them. But even then she never comprised on grooming us.” Moving forward, Rashami also revealed that she had no interest in studies and instead was extremely passionate about learning dance. She added, “During my childhood, my mom and I used to banter a lot because I had no interest in studies, I would love dancing.” (Also Read: Sameera Reddy's Daughter, Nyra Channels Her Inner Thalaivaa On Her 10-Month Birthday) Rashami Desai’s mother, Rasila Desai, was also with her during this interview and when she was asked about the struggles of being a single parent to two kids. The doting mother replied, highlighting the biggest objective of every mother in this world that is to not let her kids’ suffer. She said, “I was a single parent. I did not have a husband to support me. It was difficult, but I worked as a tutor, had joined school too and would work elsewhere too. My only objective was to ensure my kids don't suffer.” The proud mother also added that Rashami had supported her in this long battle as she said, “In this, Rashami also supported me a lot. Whatever field she chose, she excelled in it.” 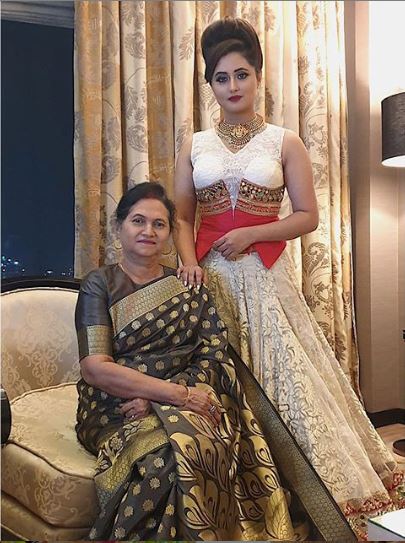 Moving further in the interview, the television actress was asked to shed some light on the details of her passion for dancing from an early age. To which, Rashami revealed that “I started with Bharatnatyam and I was shifted to Bollywood dance in the third year.” The actress also added a surprising revelation about her career choice as she wanted to become an air hostess or a choreographer. She said, “I never told my mom I wanted to be an actor. Earlier I wanted to become a choreographer like Saroj Khan or an air hostess. But the choices that came my way, I looked at it as an opportunity. My mom supported me throughout.” Last but not least is the question about her love life and on which the actress clearly said that she’s done with that kind of love. She explained, “The kind of love you are talking about, I am done with it. I had given it to somebody I loved and admired and I have respect for that feeling. I might have fewer people around me, but they are my people. Earlier, I would be scared that they might leave me, but later I realised I don't need to be. Rather than waiting for true love, I feel I should be with people who respect me. You have to go with the flow, if it has to happen it will. I am not saying no to anything because life goes on.” (Don’t Miss: Sunny Leone Once Dated Stand-Up Comedian, Russell Peters, Calls It The Biggest Mistake Of Her Life) 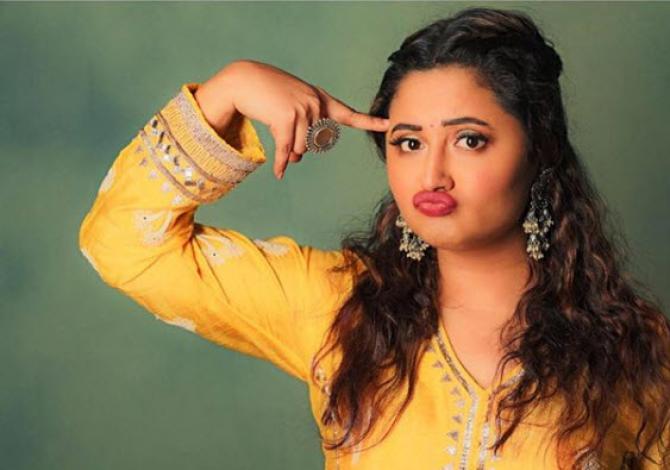 Do you love Rashami and Rasila ji’s inspiring revelations about their struggles? Let us know!

Rashami Desai's Stunning Photoshoot With Her Mother, Rasila Desai Is About The Power Of Motherhood