The most controversial reality show, 'Bigg Boss' will be back with a bang. Even before the launch of the show, rumours have started to fill the gossip columns and the latest addition is Rashami Desai.

Yeh hai Bigg Boss ka ghar, humey hai kiska daar- the much-awaited reality show, Bigg Boss is coming to entertain us again. We wait for the entire year to binge-watch our favourite reality show. And, more than the date of the launch, we wait for the final and confirmed list of the contestants who will be entering the house. From the first episode, we get glued to our television screens and never miss even a single episode. When we hear the name Bigg Boss, all we think of is rumours and fights inside the house. Getting married inside the house has become the latest addition to the drama of Bigg Boss.

Rashami Desai had earlier married her long-time beau, Nandish Sandhu in 2012. The two had met on the sets of the show, Uttaran and had fallen in love with each other while working together. But, soon after their grand wedding, there were rumours about troubles in their paradise. Soon after, the couple had parted ways and divorced one another in 2016. Post her divorce with Nandish, Rashami was linked up with many Tinseltown celebs. And the new addition is Badho Bahu’s actor, Arhaan Khan. If the latest rumours are to be believed, Rashami Desai will tie the knot with her rumoured beau, Arhaan Khan inside Bigg Boss 13 house. 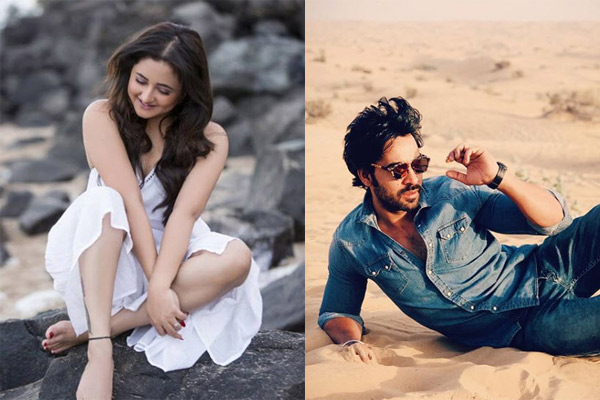 It is speculated that Rashami Desai and Arhaan Khan will enter the Bigg Boss 13 house and will tie the knot inside the house. A Bombay Times report had spilled details of the same, with a source sharing, “While Rashami will enter the house in the beginning, Arhaan is expected to join her a few weeks later. Rashami's cousin and a friend are likely to be the witnesses at the wedding. While this is the big plan so far, Arhaan is yet to sign the contract." However, Rashami has denied any such speculations at a recent event. Rashami has mentioned that she has gone through a lot and rumours of her marriage have upset her a lot. 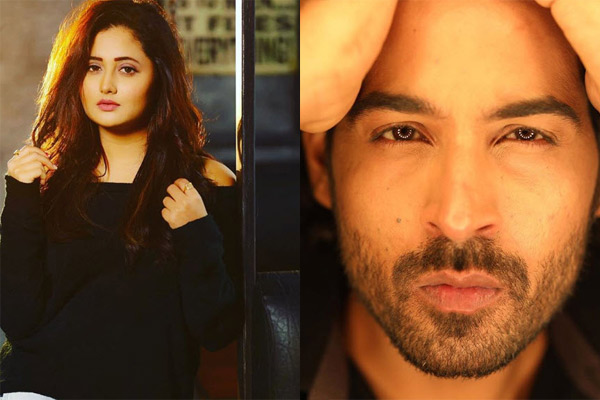 The Uttaran star, Rashami also mentioned that she has done everything in open till now. She continued and said that if she does anything like this, she will not hide it and will bring it out in open in front of the media. In a throwback interview with SpotboyE, Rashami had talked about entering the Bigg Boss 13 house and had said, “They did call me and also had a meeting, but I don't feel I’ll be able to do the show for my personal reasons. Although they want me to participate... so, let’s see.” 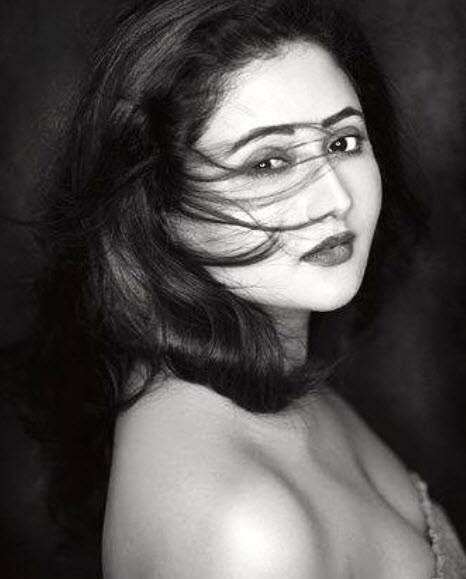 If a Times of India report is to be believed, Rashami Desai is head-over-heels in love with Arhaan Khan. A source close to the rumoured-couple had informed, “They seem perfect for each other. They are two mature individuals, who are taking one day at a time. They are serious about each other and are talking about tying the knot in a year’s time.” As per the report, Rashami and Arhaan had met in 2017 and had gotten along really well. However, the two have preferred to maintain the label of ‘just friends’. 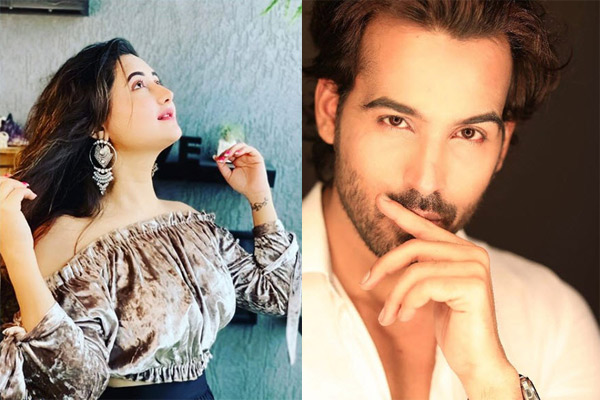 In an interview with the Times of India, Rashami had given a cryptic reply, when she was asked about her love life. She had replied, “It’s always been a mystery and I would like to keep it that way. To be honest, I have been working hard and I have close friends who I chill with, so my mind does not go in the direction of finding a man. I am also travelling these days and would love to do that more. Like what Kangana Ranaut’s character did in 'Queen', I would love to do that. I want to explore different sides of my personality.” 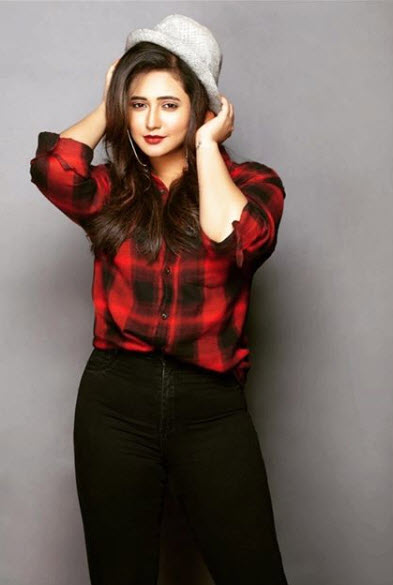 Earlier, when Rashami Desai was contacted by an online portal and was questioned about her relationship with Arhaan Khan, she had said “We are very thick friends, so meet often. It is sad that without bothering to verify the truth, people go to the extent of speculating of something as precious as wedlock. This is a bit too much. I am kinda heartbroken about the same.” 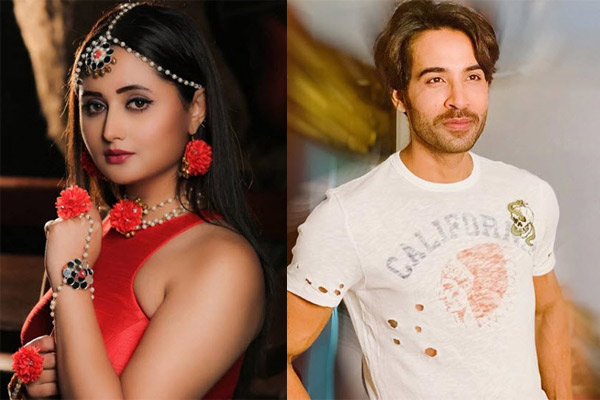 Rashami Desai had a bitter marriage with Nandish Sandhu. She had earlier talked about her broken marriage with Nandish and the reason why she went back to him again. She had said, "I genuinely loved him. And I genuinely believe that a relationship needs to be built. And if you can’t continue, then it’s important to end it on a beautiful note. And the world is very small. Everyone crosses paths all the time. I’ve never seen things like this happening in my household. Women are never insulted. But I was disrespected for over 3 years and after a point, I knew this was just not happening. I thought after this, tum apne raaste jaao, main apne. But something else was only happening is why I decided to speak up.” 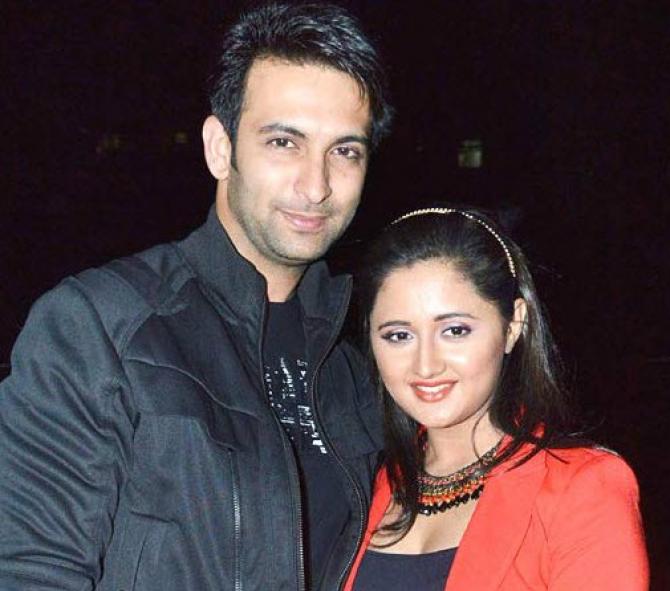 We are eagerly waiting for the first episode of 'Bigg Boss' to be aired and find out the truth. What about you guys?