In an interview, Arhaan Khan talked about how his ex-girlfriend, Rashami Desai knew about his first wife and child and still managed to lie on national television.

Sometimes your past haunts you for the years to come and something similar is happening with Bigg Boss 13 contestant, Arhaan Khan. When he had entered the reality show, he was in a relationship with Rashami Desai. During one of the weekend ka vaar episodes, Salman Khan had exposed Arhaan, breaking the news that he was already married and had a kid. The news had come as a shock to Rashami and her fans, and she was left shattered.

Salman Khan had also mentioned that Arhaan Khan was living in Rashami Desai’s apartment without her knowledge even though she had given the keys to him when she had entered the Bigg Boss 13 house. After all the revelations, Rashami had parted ways with Arhaan, and the two had moved on. However, with Rashami’s entry inside the Bigg Boss 15 house, the ‘key’ issue has again become the limelight of the show as Salman often teases the actress about the same. In a conversation with Bombay Times, Arhaan Khan talked about how BB makers bring the ‘key’ issue for TRP, forgetting that he has a family too. He said:

“I may have moved on from my past, par baaki ke log nahi kar paaye hain. They must be talking about it for the ratings. What they fail to realise is that even my family watches the show and to drag an issue for so long isn’t in good taste. Itna kyu chabhiyon aur mujhe yaad kar rahe hain?” 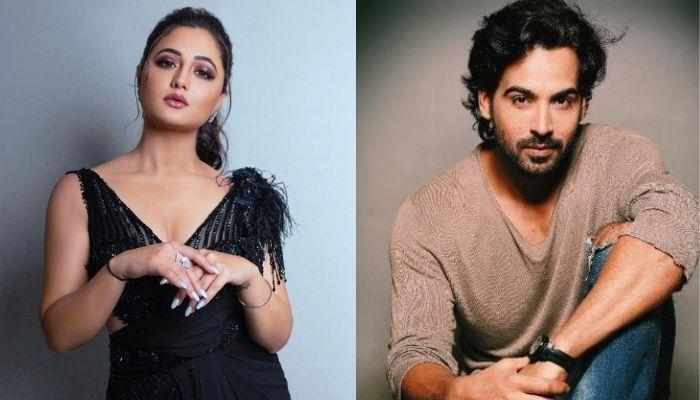 Arhaan further mentioned that he and Rashami were in a live-in relationship for a year and a half and still she narrated the story in a different manner as she wouldn’t let anything harm her image. He added:

“Rashami and I were in a live-in relationship for almost a year-and-a-half, but she claimed on the show that we had met some time before BB. I hadn’t expected the last three months of our relationship to be so ugly. I tried to get in touch with her after BB, as I felt that was the right thing to do. She didn’t meet me because then she knew I would have questioned her behaviour inside the house. Rashami won’t let anything harm her image.” Arhaan Khan also mentioned that Rashami Desai was aware of his first marriage and child. Stating that she lied on national television and he kept silent to protect her image, Arhaan continued:

“Rashami feigned ignorance about my marital status and that I have a child. Is that possible when you have been living with someone for three years? She could access my phone anytime. She knew about the wife and child, but lied on national television. Even after something as big as this had happened in her life, she proposed to me inside the house the following day. Maana pyaar andha hota hai, but itna bhi nahi hota. I regret not telling the world that she knew everything at that point. It was a huge mistake. I bothered about her image and the fact that she had been through a lot in the past.” Arhaan further talked about his first wedding and why he didn’t disclose the same inside the Bigg Boss house. Sharing that he got married in 2014 and got separated in a year only, Arhaan concluded:

“My wife and I parted ways owing to compatibility issues. However, it didn’t end on an ugly note. I have always been open about our separation. However, we are not divorced. Am I not allowed to move on in life? Agar Rashami ya meri wife ko ek doosre ke baare mein nahi pata hota toh main galat hota. They knew about each other’s existence in my life. Also, it’s not that I met someone and fell in love with her in the BB house. I knew Rashami from before and she knew about my past. I didn’t hide anything, but there was no need for me to talk about it either.” 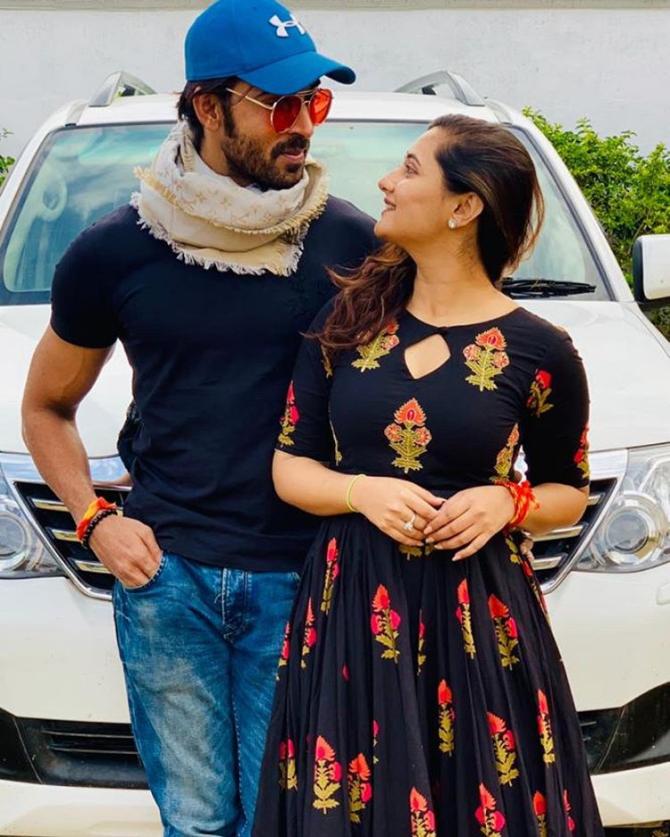 For the unversed, Rashami Desai was earlier married to her Uttaran co-star, Nandish Sandhu. However, they had ended their four-year-long wedding.

Rashami Desai’s relationship with Arhaan Khan had come out in the open when they participated in the reality show, Bigg Boss 13. While her fans were hoping that her game will get strong, Arhaan’s lies and betrayal’s had broken her heart on national television, and they had an ugly breakup.