We all crave for a relationship like Deepika Padukone and Ranveer Singh as they are rewriting the book of love with their adorable social media PDA! Scroll down to check out the latest chapter of it.

The recipe to a great marriage is simple - all you need is a big lifetime scoop of love that overcomes all your gloomy days. If this doesn't work. then scroll down the Instafeed of Bollywood power couple, Deepika Padukone and Ranveer Singh. And you will definitely get a tip or two. (Recommend Read: Chhavi Mittal's Baby, Arham Gets 'Maasi' Love From 'Mann Kee Awaaz Pratigya' Actress, Pooja Gor)

The reigning Queen of Bollywood, Deepika Padukone and the King of her life, Ranveer Singh has been making headlines with their adorable romance, ever since they tied the knot on November 14-15, 2018. Their epic love story is a perfect case of what we call opposite attracts! And it all started when Ranveer first saw Deepika at the Zee Cine Awards in Macau and he had felt the sparks in her eyes and butterflies in his heart. The actor had gone on record and had stated how he almost went flat at seeing her.

Ranveer Singh Shares A Pool Picture Of Wife, Deepika Padukone To Wish On Her Birthday 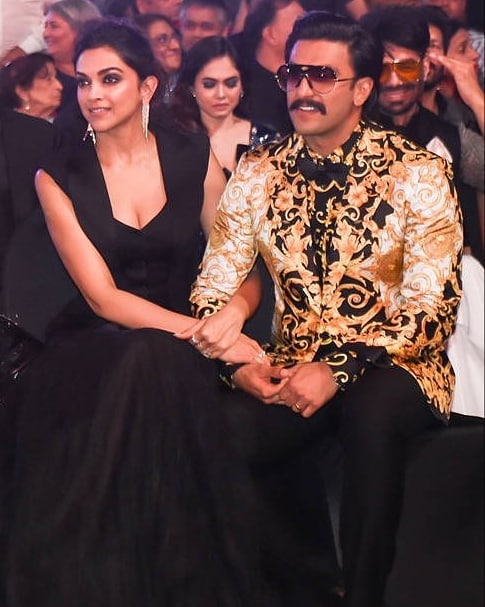 We still remember how once Ranveer had stated that he wants to become the husband of the century. And his every gesture clearly hints that he is, indeed, the husband of the century. Don't believe us? Well, their recent social media PDA will prove it. Recently, Deepika posted a couple of pictures, promoting a yogurt brand. But hubby, Ranveer couldn't look beyond her gorgeous looks. He instantly commented, "You are a snack." And Deepika being Deepika, took the chance to hone her flirting skills and showed off her cheesy love, "And you!? My cheesy dip!(drools)." On another picture of Deepika eating the yogurt, Ranveer couldn't hold back his hunger, and wrote, "Mujhe bhi khilao..apne haathon se. Take a look at their social media PDA below: 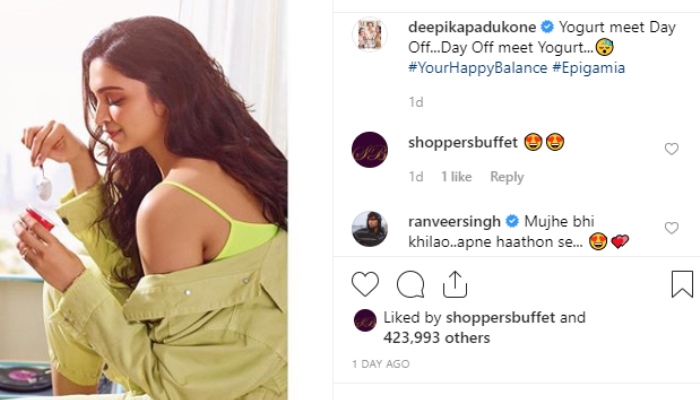 While Deepika has always been a serene beauty, Ranveer has openly shown off his 'Peter Pan' side that is carefree. Recently, in an interview with the Deccan Chronicle, Deepika had revealed how they are same within the core. She had said, "We both have been brought up in a way where the family is extremely important. While on the outside, we look like completely different people, but at the core of it, I feel we are exactly the same. I moved out of my home at a very young age. I moved to Mumbai to pursue my career in modeling and acting. So, I think we wanted to be with somebody, to come home to somebody and to have a family. For me, it is very important and that's my perspective." (Also Read: Chhavi Mittal Couldn't Hold Baby Arham In Arms When He Was Born, Pens Last Chapter Of Birth Story) She also talked about her wedding and how she planned the entire functions single-handedly, "I, almost, single-handedly did the entire wedding. Ranveer was busy last year; he was doing three to four films back to back. Fortunately, he managed to take time out for that, but he literally didn't have time before and after. I had the support of my father-in-law and mother-in-law. Also Ranveer's granny was unwell, so he was busy with that." She had further added, "I wanted to do things that make me and my soul happy, and not to be on a schedule constantly. I had taken a year off professionally. So, it is not like I took the time off to get married and creatively nothing was exciting. It only makes sense when I am happy and exciting to be on sets. I like to do things a certain way." Earlier, in an interview with Famously Filmfare, Ranveer had opened up about his muse, Deepika and what she means to him. He had said, “She is so gharelu...I love it...I love it.” He also couldn’t stop from self-praising and how he is going to be the husband of the millennial and said, “I am telling you I am going to be the husband of the millennium. I am going to glide and breeze through it.” The actor also talked about flirting and had stated, “Having a polite conversation with a person for a moment is not flirting.” (Don't Miss: Prabal Gurung Comments On Reports Of Romance With Karan Johar, Pens Down A Note On Twitter)

Well, we totally love Deepika and the way Ranveer treats her like the Queen! Right from Band Baaja Baaraat, Bajirao Mastani, Ram Leela to Padmaavat, this guy has made his own niche in the Indian film fraternity. This talented actor in the B-town is no less than a gem who has soared the acting meter high, altogether. The mention is of a famous Bollywood celeb,

Ranveer Singh Shares A Pool Picture Of Wife, Deepika Padukone To Wish On Her Birthday