Ranbir Kapoor and Alia Bhatt were spotted together as they stepped out in the city. Ranbir turned into a protective boyfriend outside the restaurant for his ladylove, Alia.

Ranbir Kapoor and Alia Bhatt are undoubtedly one of the most adorable and one of the cutest couples of Bollywood. Whenever they step out in the city for casual dinner dates or for a family get together, they always manage to give #CoupleGoals! And, ever since Alia had shared her love-filled confession for her beau, Ranbir, we have been drooling over this adorable couple.

For the unversed, Alia Bhatt had admitted that she had a crush on Ranbir on the celebrity chat show, Koffee with Karan. During her stint on the show, she had accepted that she had always wanted to marry Ranbir and that's when the almighty had conspired to fulfil her dream. Therefore, Alia and Ranbir had begun their relationship during the shoot of their first film together, Brahmastra. 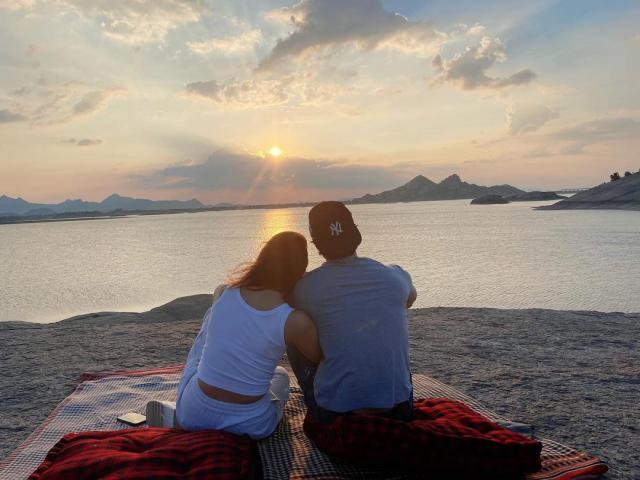 On December 23, 2021, Alia Bhatt and Ranbir Kapoor were spotted together by the paps as they dined out with a group of friends in an upscale restaurant in Mumbai. Alia looked gorgeous in a yellow one-shouldered mini dress and her hair was tied in a low ponytail. She completed her look with subtle makeup and no accessories. Ranbir, on the other hand, looked dapper in a black t-shirt, which he paired with black jeans and jacket, and a matching black mask.

In the videos doing rounds on the internet, we can see Alia hugging her sister, Shaheen Bhatt, as she bid her goodbye. And, as the actress made her way to her car, she got surrounded by the crowd. Then, her protective boyfriend, Ranbir Kapoor, helped her and protected her from the crowd. Ranbir extended his hand, held Alia by her waist, and escorted her safely to their car. Check out the video below:

On December 15, 2021, Alia Bhatt, Ranbir Kapoor and director, Ayan Mukerji were spotted at an event in Delhi for the launch of their movie, Brahmastra's poster. During the event, one fan had asked Ranbir when he is planning to get married to Alia or someone else. Replying to the fan's question, Ranbir had given a witty reply and had said:

“Well, haven’t we seen a lot of people getting married in the last one year? I think we should be happy with that. Humari kab hogi.''

Also read: Sargun Mehta Reveals Why Ravi Dubey Postponed His Birthday Dinner With Her For Another Girl 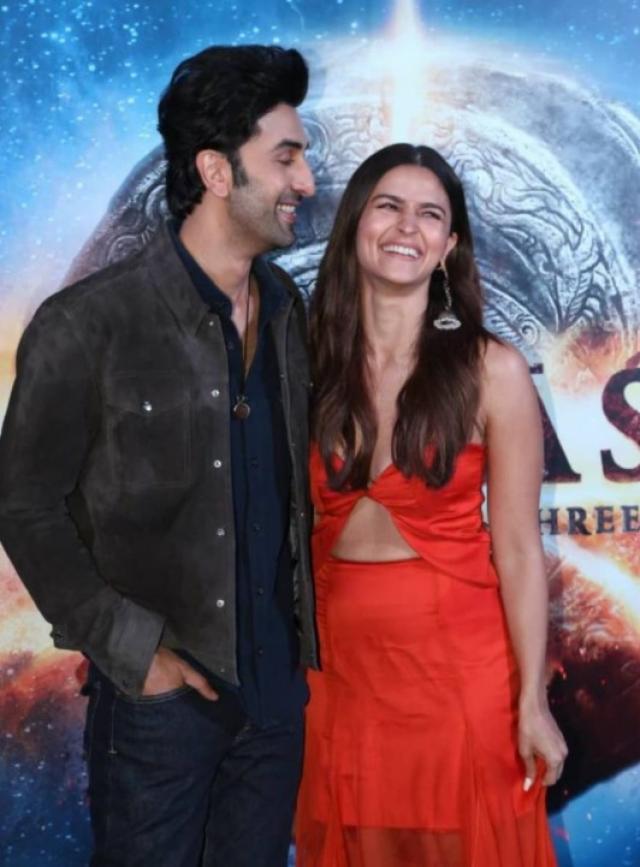 While Ranbir was answering the fan's question, Alia Bhatt could be seen blushing. However, when Ranbir had asked, 'Humari kab hogi', she was astonished and had asked him, ''Why are you asking me?” Then, Ranbir had pointed to Ayan Mukerji and had said, ''I am asking him, humari kab hogi?'' The director had then replied to his friend: 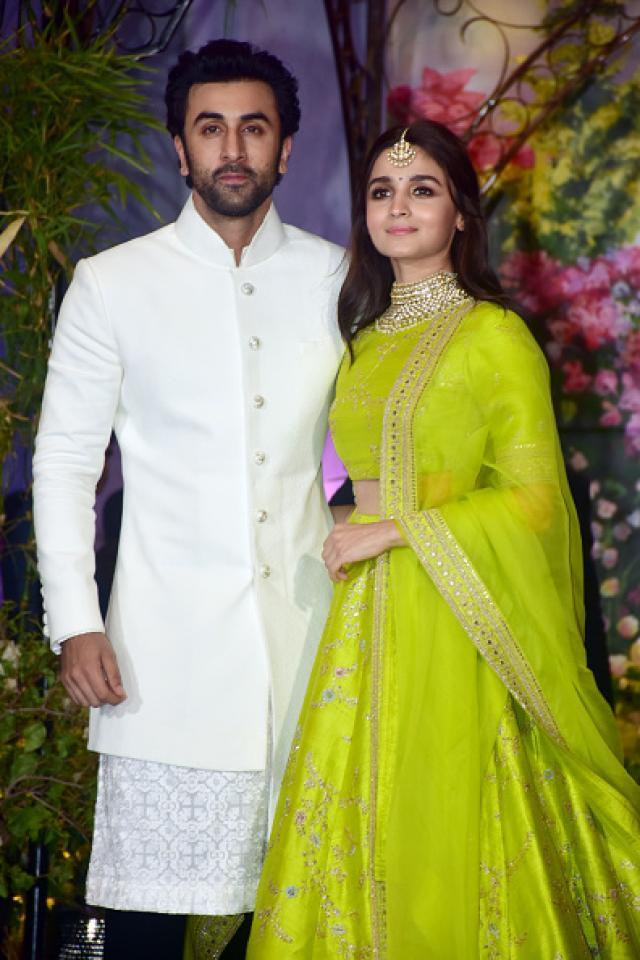 In an interview with a magazine, Alia Bhatt had said that she has got to know Ranbir in the last couple of months since they began working for Brahmastra. She had revealed that she has interacted a lot with him on a personal level during the shoot of the film. But what she had genuinely loved about him is that he’s all hearts. Alia had stated that Ranbir is a very pure and simple person. There’s no fuss and that same simplicity translates in him as an actor as well. Alia had concluded by saying that you can always see through him and see into his eyes. According to her, he is simple and not trying to emote or express. For the unversed, Alia Bhatt and Ranbir Kapoor's first film together, Brahmastra will release on September 9, 2022.

Don't miss: Sushmita Sen Confirms Her Breakup Rumours With Rohman, Shares 'The Relationship Was Over Long Ago'