Raju Srivastava's Love Story: From Love At First Sight With Shikha To Waiting 12 Years To Marry Her

Raju Srivastava's Love Story: From Love At First Sight With Shikha To Waiting 12 Years To Marry Her

As they say, 'Good things take time,' it took 12 years for Raju Srivastava to get married to his dream girl, Shika Srivastava. Check out as we bring you the romantic love story of Raju and Shikha!

Indian comedian, Raju Srivastava, who kept us glued to our TV screens for ages, was the first stand-up comedian of India to tickle our funny bones. From being a middle-class auto driver to becoming a household name, Raju’s road to success was not smooth. From a very young age, the idea of mimicry, commentary and stand-up comedy used to excite Raju. In fact, art was in his blood, as his father, Ramesh Chandra Srivastava a.k.a Balai kaka was a well-known Hindi poet.

Following the footsteps of his daddy, a young Raju would write scripts and perform hilarious mimicries of Bollywood stars, and politicians in his school. However, a do-or-die situation had come into Raju’s life when he had fallen in love with a family friend, Shikha, in 1981. And to marry her, he had to earn a decent living. But as they say, “Good things take time,” it took 12 years for Raju to finally get married to that girl he had lost his heart to at first sight. So, here we bring you the romantic love story of Raju and Shikha, which is nothing short of a Bollywood film.

Recommended Read: From Naseeruddin Shah To Amitabh Bachchan, Veteran Stars And The Hefty Fees They Charge Per Movie 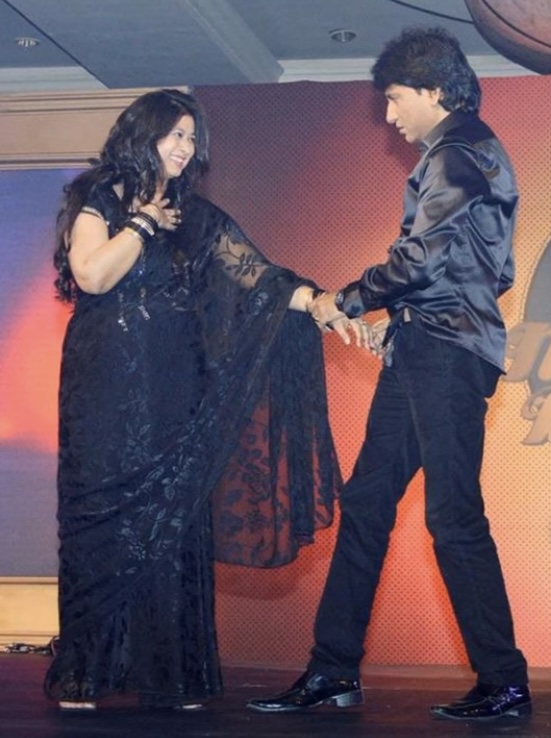 On a beautiful evening, Raju Srivastava was enjoying his brother’s wedding in Fatehpur. But, little did he know that his life would take a romantic turn. When his brother was taking the sath pheras, Raju crossed paths with a beautiful young girl. Her beauty and innocent smile melted Raju’s heart in split seconds. Following this, he inquired about the girl only to find out that she was a family friend. He learnt that her name was Shikha and she was his bhabhi’s uncle’s daughter, from Itawa.

Raju’s attempt to convince his family 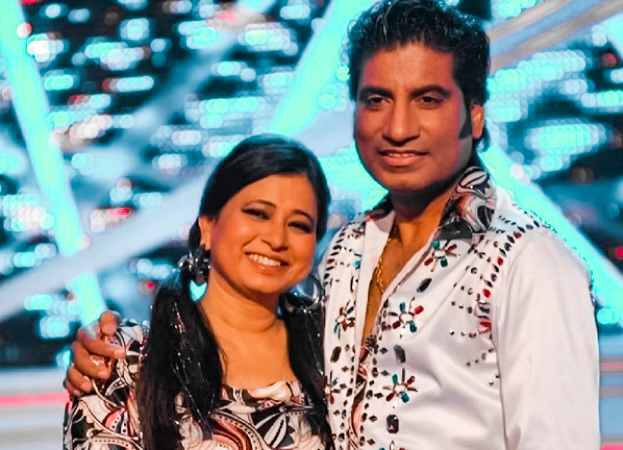 Raju knew that Shikha was the one for him, and he wanted to spend the rest of his life with her, without any doubt. He then somehow convinced his brothers to allow him to visit Itawa to meet Shikha. Even after visiting Itawa, he did not dare to face the woman of his dreams. From stalking her to finally becoming her friend, it was Raju’s baby steps toward proposing to his lady love. However, over time, he realised that before marriage, he needed financial stability. So, in 1982, Raju boarded the train to Mumbai, the city of dreams and started his journey from scratch.

Don't Miss: Asha Bhosle Raised Her Three Kids As A Single Mother After Divorce, Had To Sing To Earn A Living 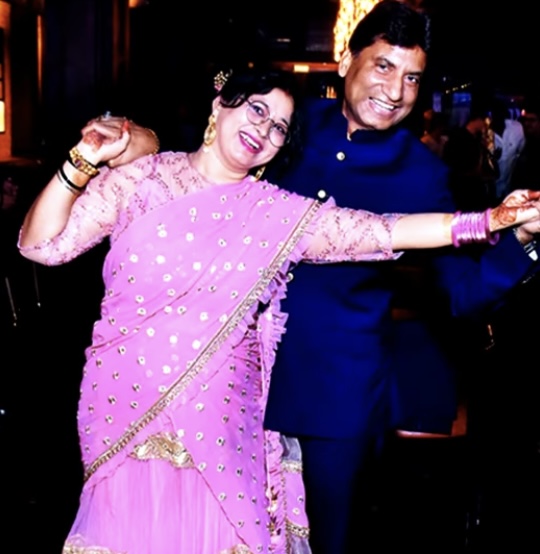 Mumbai welcomes everyone with open arms, but to make a name, one needs to spend many sleepless nights chasing their dreams. Raju had done exactly the same. Without losing hope, he first used to drive an auto to earn money. Meanwhile, he made sure to write letters to Shikha, explaining his new life in Mumbai. But, even though he penned many letters, he could not muster the courage to show his romantic side yet. He continued with his hustle and bagged a small role in the Bollywood film, Baazigar. After that, Raju also did comedy shows for a mere fee of Rs. 50. And finally, after achieving some heights, the actor sent a marriage proposal to Shikha’s home and tied the knot with Shikha on May 17, 1993. Fast forward to now, they are proud parents to two kids, Aayushmaan Srivastava and Antra Srivastava. With the passing of time, Raju bagged comedy roles in many films like Maine Pyar Kiya (1989), Aamdani Atthani Kharcha Rupaiya (2001), and Tezaab (1988). Since then, there had been no looking back for the most sought-after comedian. He went on to perform in a reality show, The Great Indian Laughter Challenge in 2005 and gained much-awaited recognition across the nation. 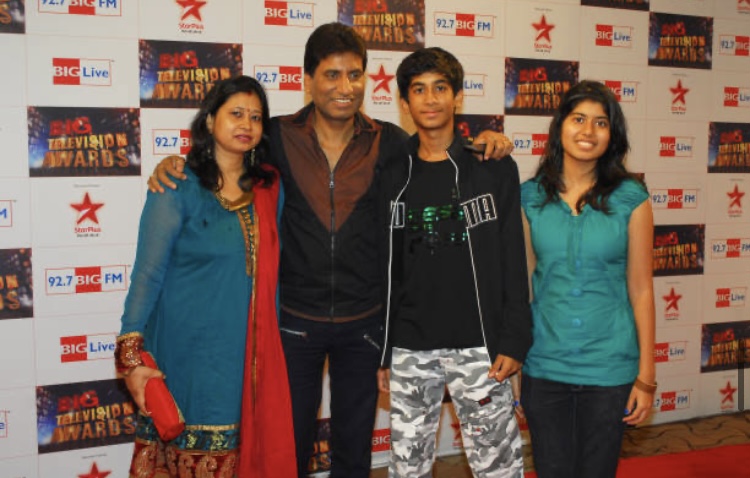 From mimicking political figures to the A-listed Bollywood stars, Raju continued to entertain people with his light-hearted comedy, which was not just meant for adults, but people of all ages. Unfortunately, we lost the great comedian of India on September 21, 2022, due to his prolonged illness. 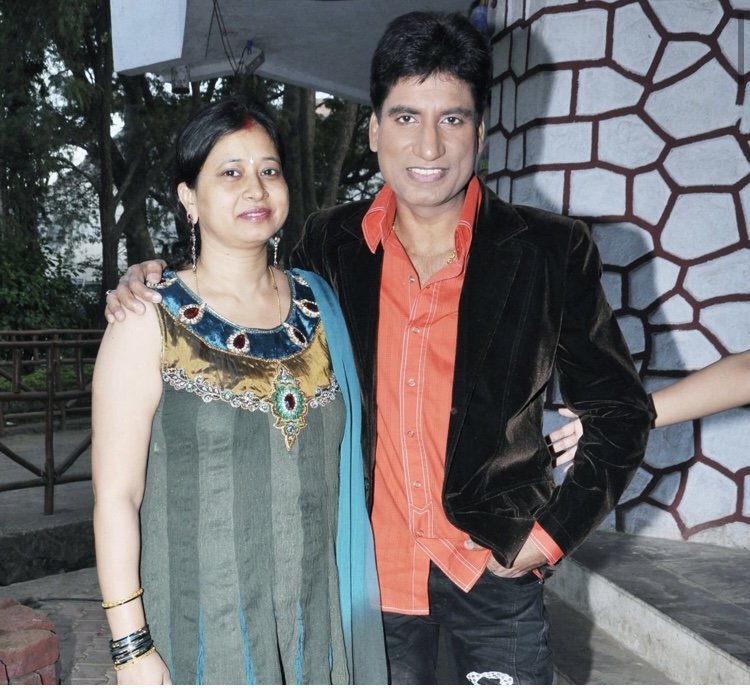 Raju Srivastava’s patience and determination to marry his ladylove restores our faith in love. He was a true gentleman who lived his life with dignity and made the world a better place with his witty jokes. He will remain immortal in our hearts!

Next Read: From Kareena Kapoor To Hema Malini, 6 Crazy Things B-Town Celebrities Have Done For Their Partners