Global icons, Priyanka Chopra and Nick Jonas,' love story is not less than a fairy tale and neither was their wedding! When the buzz of their romance started making rounds, the world knew they are soon going to witness a beautiful union. And, that is exactly what happened when the couple tied the knot in two wedding ceremonies on December 01-02, 2018 at Jodhpur. (Recommend Read: Sanjay Dutt Brutally Trolled For Discriminating Between Trishala And Iqra On National Girl Child Day)

While the magic of their dreamy wedding has not yet faded, we stumbled upon yet another set of pictures from Nickyanka’s beautiful union. Jewellery designer, Mitali Handa shared some adorable pictures of Nick’s haldi and Priyanka’s chooda ceremony. In the pictures, the actress is seen wearing a gorgeous maxi dress with floral embroidery, and Nick looked dapper in a white kurta-pajama. Check out the pictures below:

Priyanka Chopra-Nick Jonas Have Different Colour Codes For Men-Women On Wedding, Details Inside

Priyanka Chopra And Nick Jonas' Wedding Date Is Out, It Will Be A 3-Day Affair At This Famous Palace 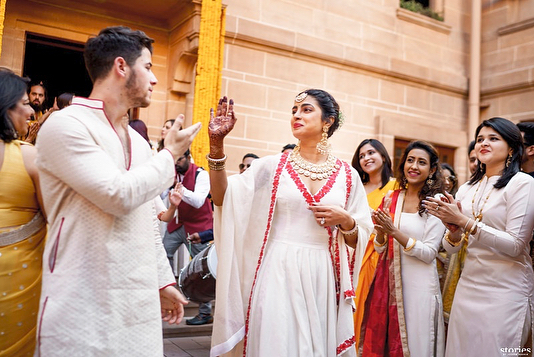 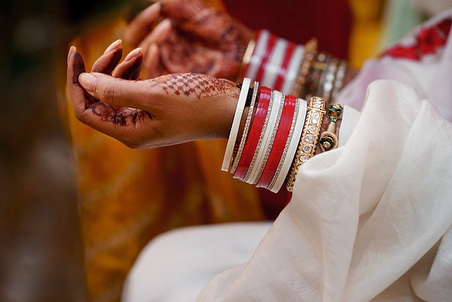 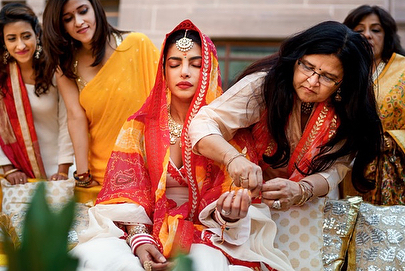 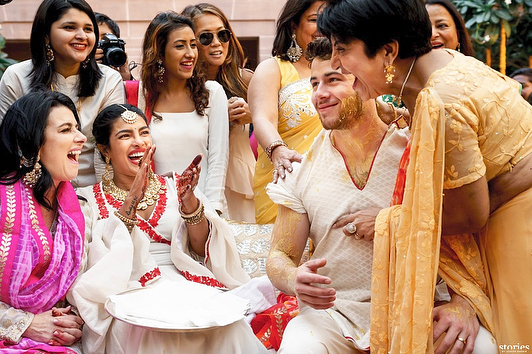 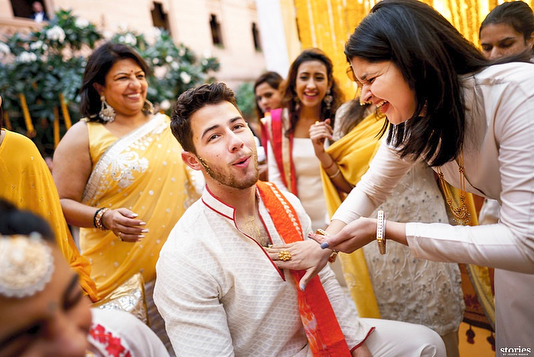 For those who don’t, Nick is a doting husband, don’t believe us? Well, According to a small report by E! News, American singer, Nick had planned their entire honeymoon single-handedly for her wife, Priyanka. And the most amazing part of it all was that Priyanka had no clue where they were heading for their romantic gateway until they landed. A source talked about the same and said, “She (Priyanka) had no idea it was going to be the Caribbean and Nick is planning everything for the trip, it's all a complete surprise to Priyanka. She knew it was a honeymoon trip but didn't find out where they were going until they landed.” (Also Read: Divyanka Tripathi And Vivek Dahiya's 'Inspiring' Social Media Romance Makes Us Say 'Nazar Na Lage')

The wedding looked straight out of Disney movies, wherein a prince comes riding on his white horse to take his princess away. Priyanka redefined bridal goals for Indian brides with her statement red Sabyasachi lehenga for her Hindu wedding and Ralph Lauren gown for the Christian wedding rituals. The couple has been setting hashtag couple goals with their cute red carpet appearances and outings. 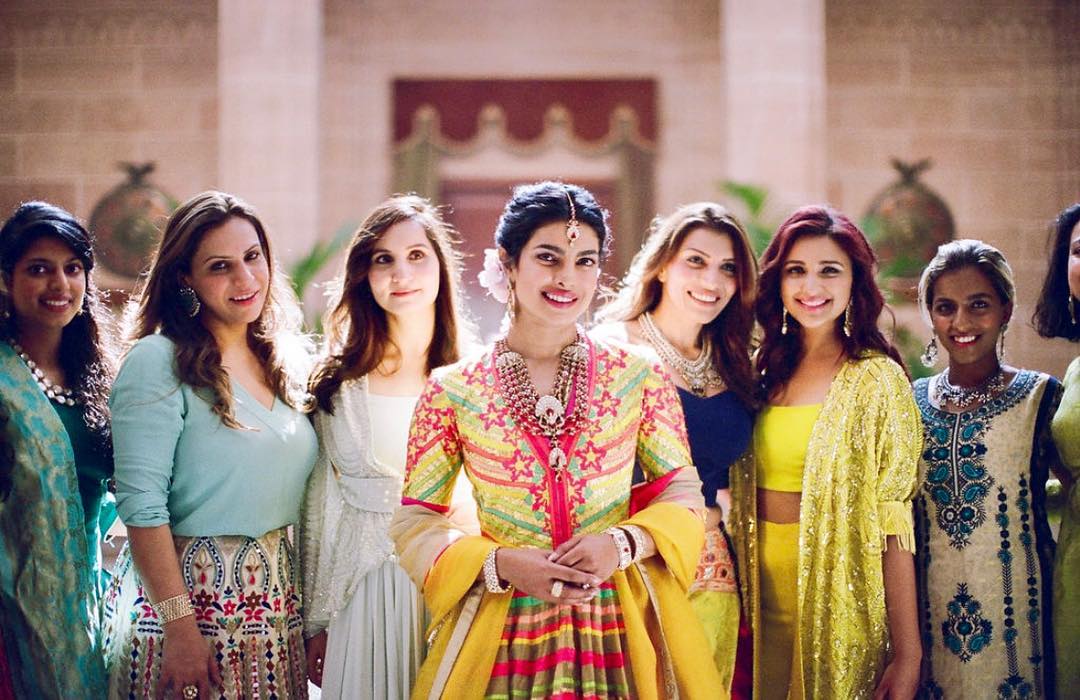 In an earlier interview with Spotify’s The Rewind, Nick revealed his baby planning mode and said, “I definitely want to be a father someday. I think that’s a real dream, and I think I have had to grow up real quick.” The 26-year-old added; “With that, you could look at it two ways, you could say that was unfair, or you could say it has given me some real perspective at an early age. And I have seen a lot of life at an early age and I hope to be able to share that with a kid of my own someday.” (You May Also Like: Mohena Kumari Singh Reveals Details About Her Politician Would-Be-Husband, Shares Marriage Plans)

Well, it’s not just Nick who is excited about the possibility of having kids. Ahead of tying the knot, Priyanka had shared that she also has baby fever, thanks to her BFF Meghan Markle who is expecting. In an interview with E! News, the actress revealed, “I just have a few of my friends who are having babies right now. And I’m like ‘God I need to catch up.” 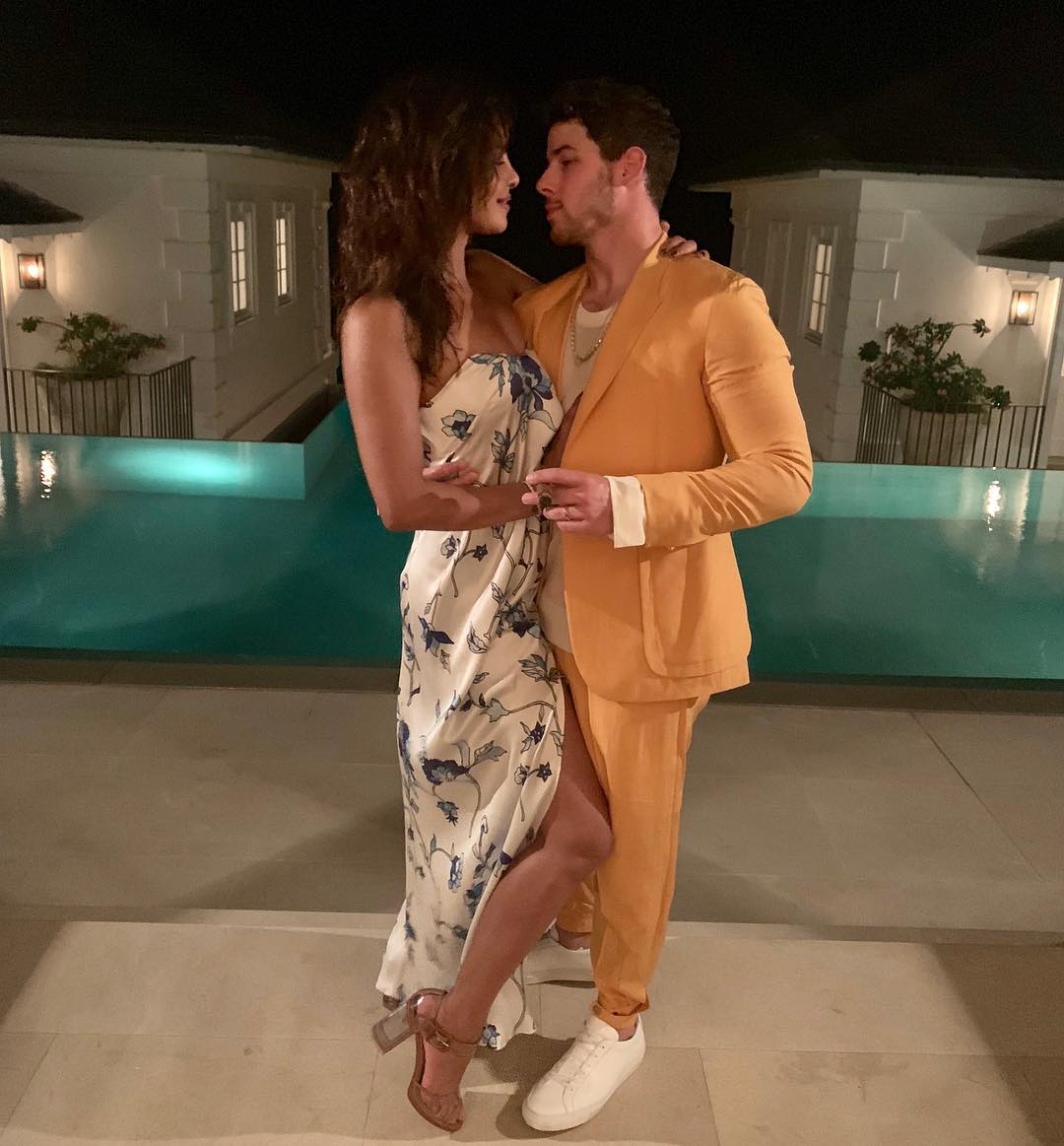 Priyanka had shared her thought behind the two wedding ceremonies and how special it was for her. She had said, “We are taking beautiful traditions that we both grew up with and we are personalizing them in a way that makes sense for us. It's been incredible to find the commonalities between our beliefs and figuring out how to blend them in a respectful and meaningful way.” In another interview with NDTV, Priyanka revealed the idea behind her two wedding dresses and stated, “For me, it was not about fashion. I wanted something unique. Both the dresses - red and white - were personalised for me. It had names, dates, my parents' names. My mother-in-law's wedding dress embroidered on mine. Things that mattered to me. I wanted the longest veil in the world. My 75-foot long veil. And I got that. The outfits were personal choices.” (Don't Miss: Esha Deol's Daughter, Radhya Ran To Her 'Naani', Hema Malini During A Shoot And Then This Happened)

We can never get over with Priyanka and Nick's dream wedding!

Priyanka Chopra-Nick Jonas Have Different Colour Codes For Men-Women On Wedding, Details Inside

Priyanka Chopra And Nick Jonas' Wedding Date Is Out, It Will Be A 3-Day Affair At This Famous Palace