Priyanka Chopra Jonas and Nick Jonas started a new trend as they got their Hindu 'gathbandhan dupatta' framed at their new home in Los Angeles.

We all look for ways we can add a personalised touch to our house, but one never knew that a couple can also add their gathbandhan to their house. In a world where we all are busy getting hand impressions framed to immortalise our love story, Priyanka Chopra Jonas and Nick Jonas went a step ahead and got the most sacred thing about their wedding framed and etched it on the wall of their new house in LA.

For the unversed, after a roka ceremony in August 2018, Priyanka Chopra had announced the news of getting married to the International sensation, Nick Jonas. She had added ‘Jonas’ to her name after her wedding with Nick on December 1-2, 2018 at Umaid Bhawan Palace as per both Christian and Hindu rituals. On the occasion of Diwali 2021, the couple shifted to their new home in LA and a wall of their house stuck all the right chords in their fans’ hearts. Priyanka Chopra Jonas and Nick Jonas hosted a grand Diwali party at their new LA home. While giving glimpses from the same on her IG handle, Priyanka shared a picture that made everyone go aww. As Priyanka posted pictures from different corners of her house, in one picture, she posed with Nick beside a wall, which has a huge frame, featuring their Hindu gathbandhan dupattas. Well, this gesture of  Priyanka and Nick has certainly started a new trend for couples. Sharing a series of pictures and a video from the party at her new LA house, Priyanka wrote:

“Our first diwali in our first home together This one will always be special. Thank you to everyone who worked so hard to make this evening so special. You’re my angels. To everyone who honoured our home and my culture by not only dressing the part but dancing the night away, you made me feel like I was back home. And to the best husband and partner @nickjonas, you are what dreams are made of. I love you. My heart is so grateful and full. Happy Diwali.”

On November 5, 2021, Priyanka Chopra Jonas had taken to her Instagram handle to share pictures from the griha pravesh puja of her new home with her husband, Nick Jonas. In the pictures, we could see the couple performing Lakshmi puja at their new home in Los Angeles. They were seen holding a puja ki thali, which had diyas and flowers in it. For the puja, Priyanka was wearing a vibrant yellow saree, whereas Nick was wearing a white kurta-pyjama set. Alongside the pictures, Priyanka Chopra Jonas had penned: 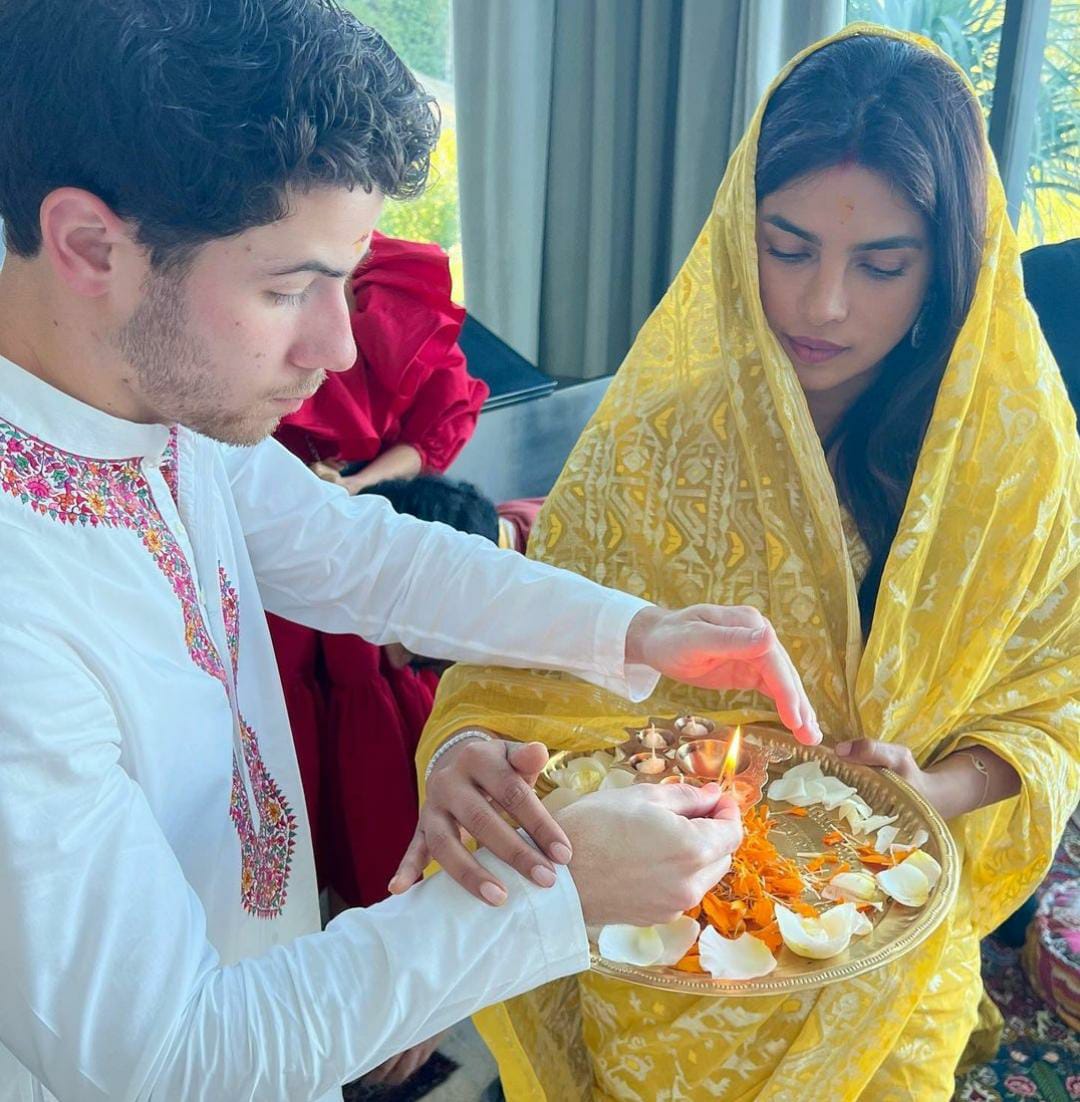 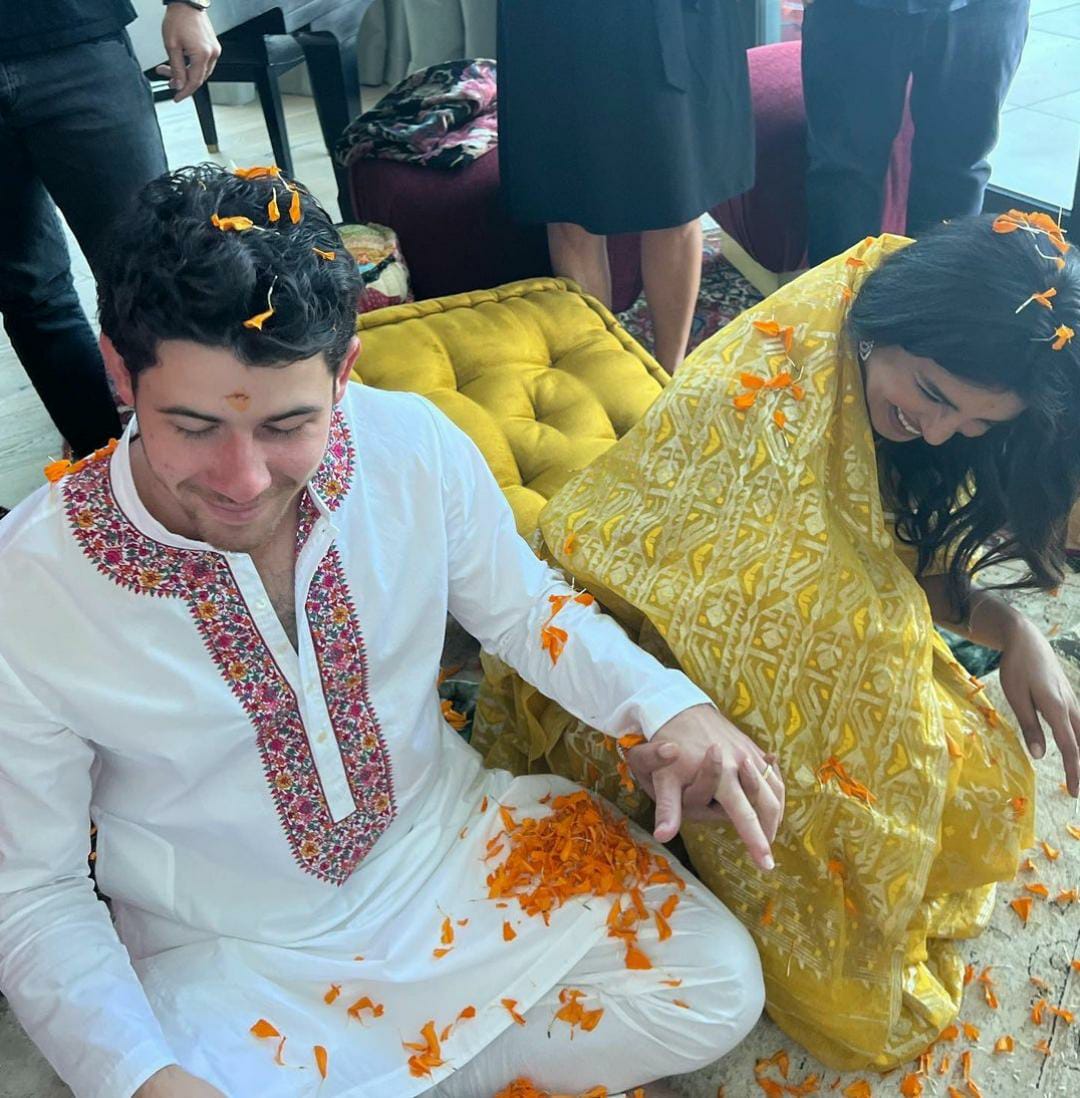 In an interview with People, Priyanka Chopra had opened up about how despite growing up dreaming about marriage and being a bride, she had given up on it in her 20s. Stating that she wasn’t sure what relationship meant, she had said: Are you going to follow the trend of getting your gathbandhan framed set by Priyanka and Nick? 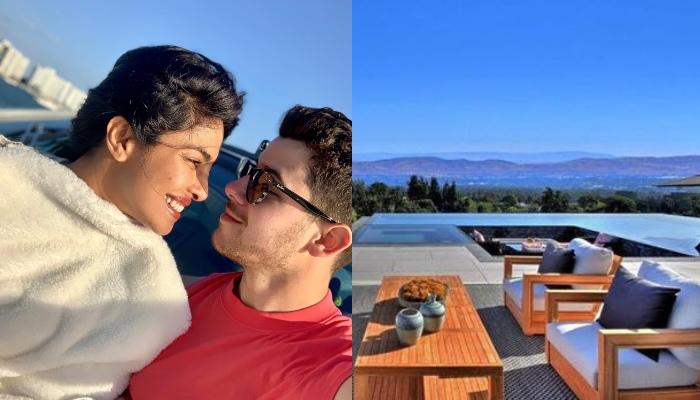 It is very common for celebrities and people in showbiz to lead a lavish and expensive lifestyle. From Shah Rukh Khan-Gauri Khan to Anushka Sharma-Virat Kohli, we know how mesmerisingly beautiful houses these celebrities have. Another celebrity couple to add their name to this list is Priyanka Chopra Jonas and Nick