If you think celebrity weddings are fun, wait till you see their honeymoon pictures. Scroll down as actress-turned-MP, Nusrat Jahan shares pictures of her honeymoon with husband, Nikhil Jain!

When you are married to the love of your life, every day becomes a holiday. But it is the honeymoon that holds a special place in your heart as it is the first time you officially travels as 'Mr and Mrs'. And while celebrity wedding holds all the fun, it is their honeymoon pictures that we are hooked onto. (Recommend Read: Taimur Ali Khan Beats The London Heat By Chilling In Pool As Kareena Kapoor Khan Keeps An Eye On Him)

Recently, Bengali actress-turned-politician, Nusrat Jahan became the talk of the town when she married her businessman husband, Nikhil Jain. On June 15, 2019, she tied the knot in the Turkish town of Bodrum in the presence of her family and close friends. Currently, the hot couple is raising the heat with their Mauritius honeymoon. On August 3, 2019, Nusrat took to her Instagram handle and shared a couple of pictures from her honeymoon. In the pictures, we can see the new bride enjoying her alone time while the love of her life, Nikhil captured his muse in his camera. She captioned the picture as, "The sea once it casts its spell.. holds one in its net of wonder forever. It's an emotion incarnate, a place of tranquility and peace, let the sea set you free." Take a look at her pictures below: 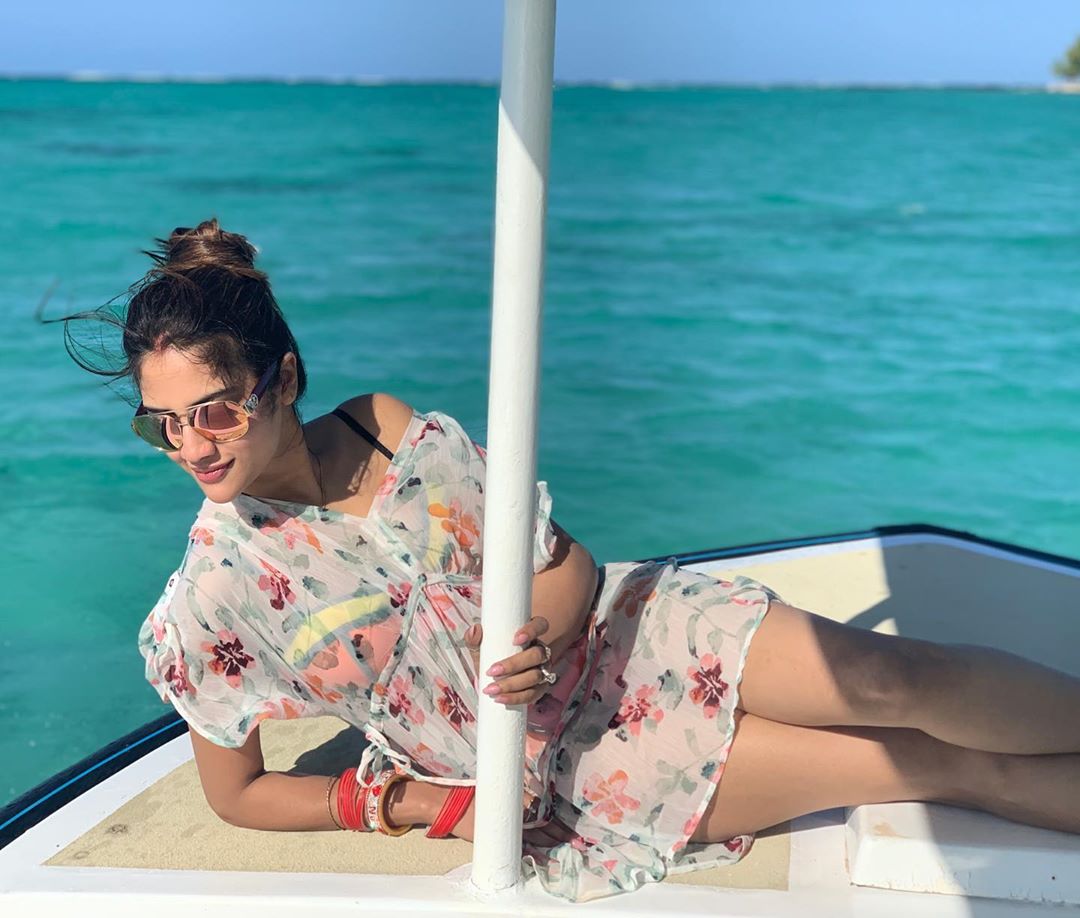 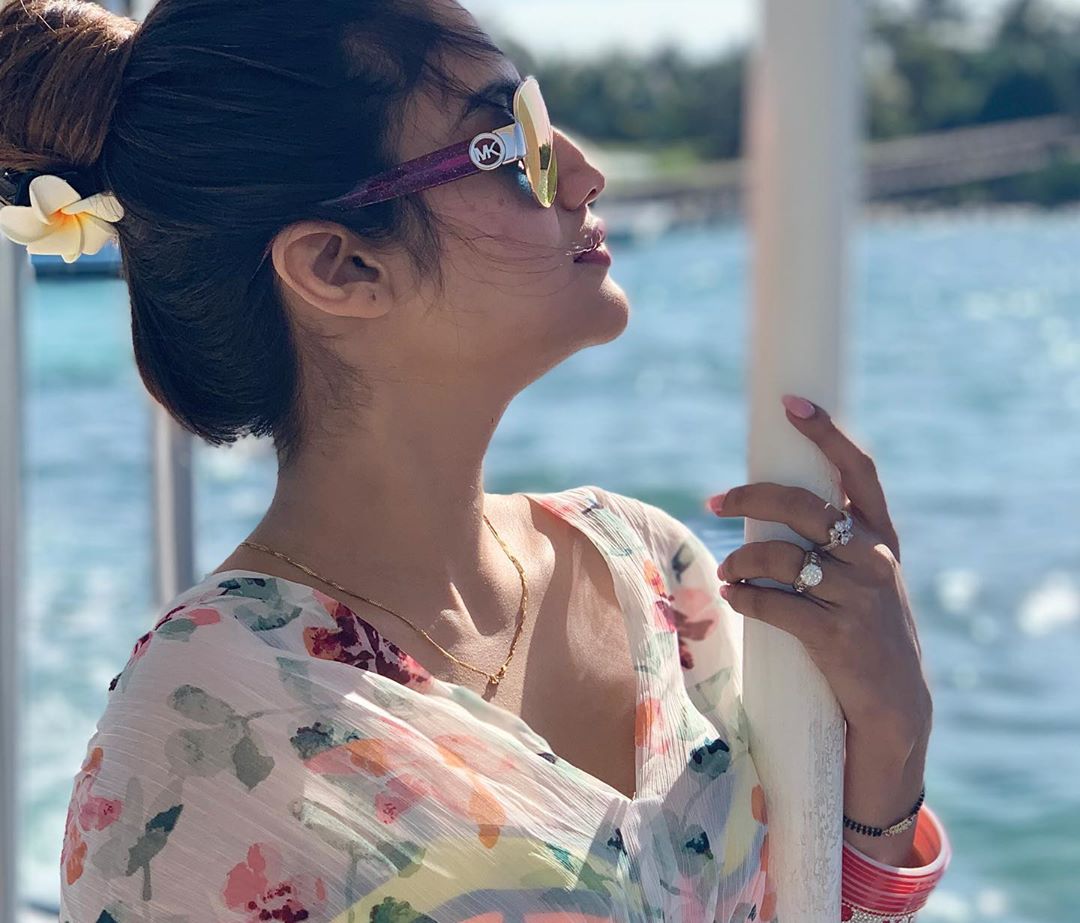 Check out all the fun from Nusrat and Nikhil's Mauritius honeymoon below: 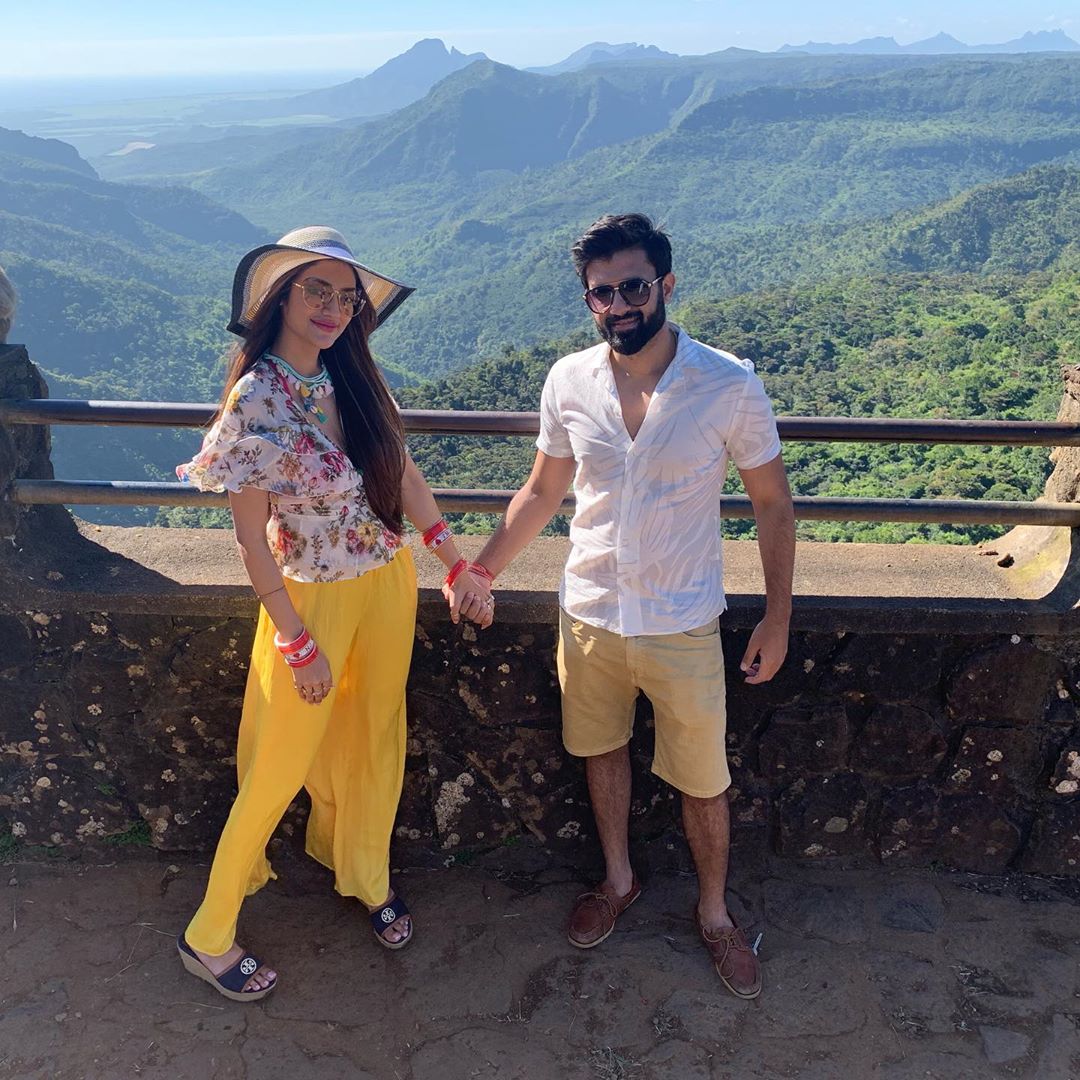 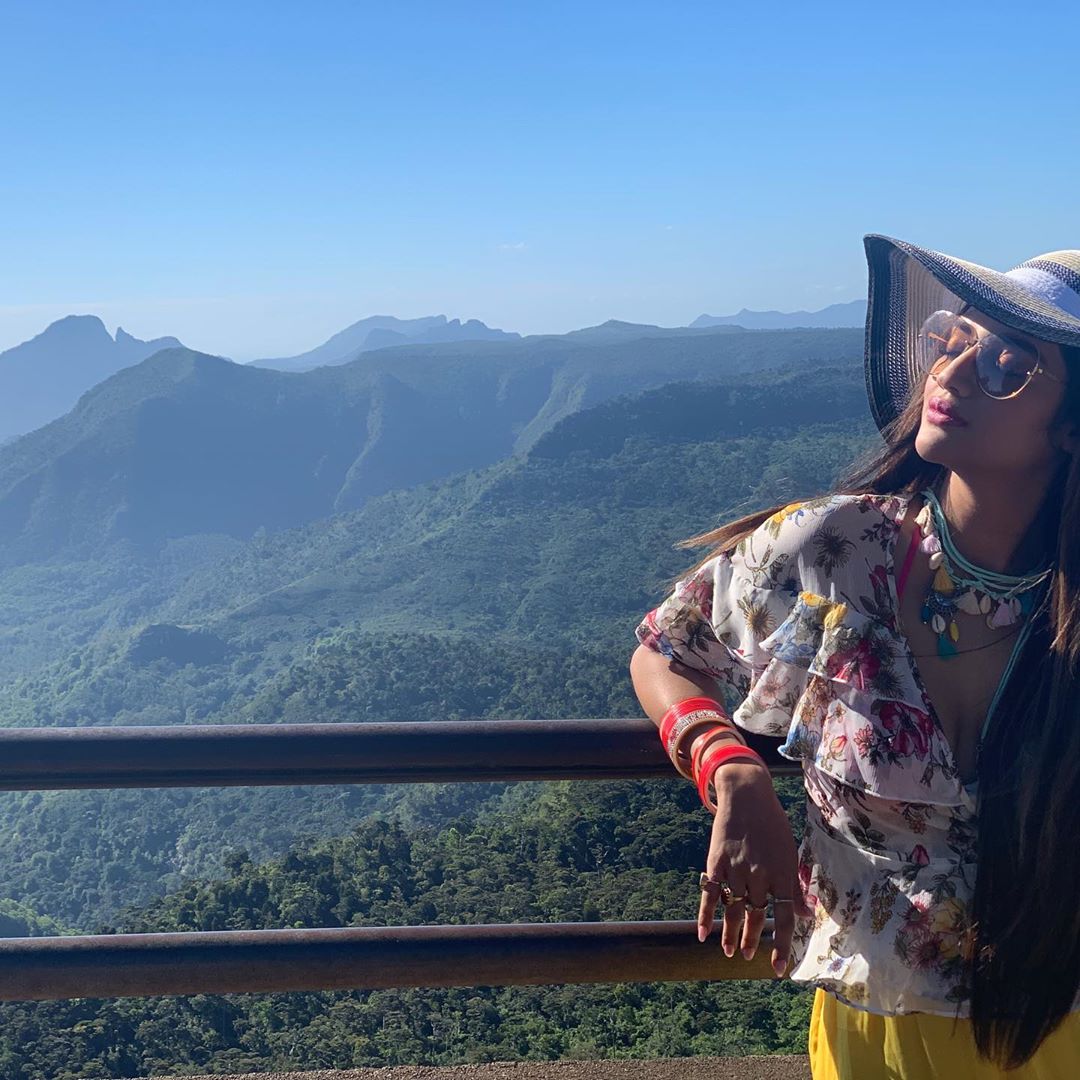 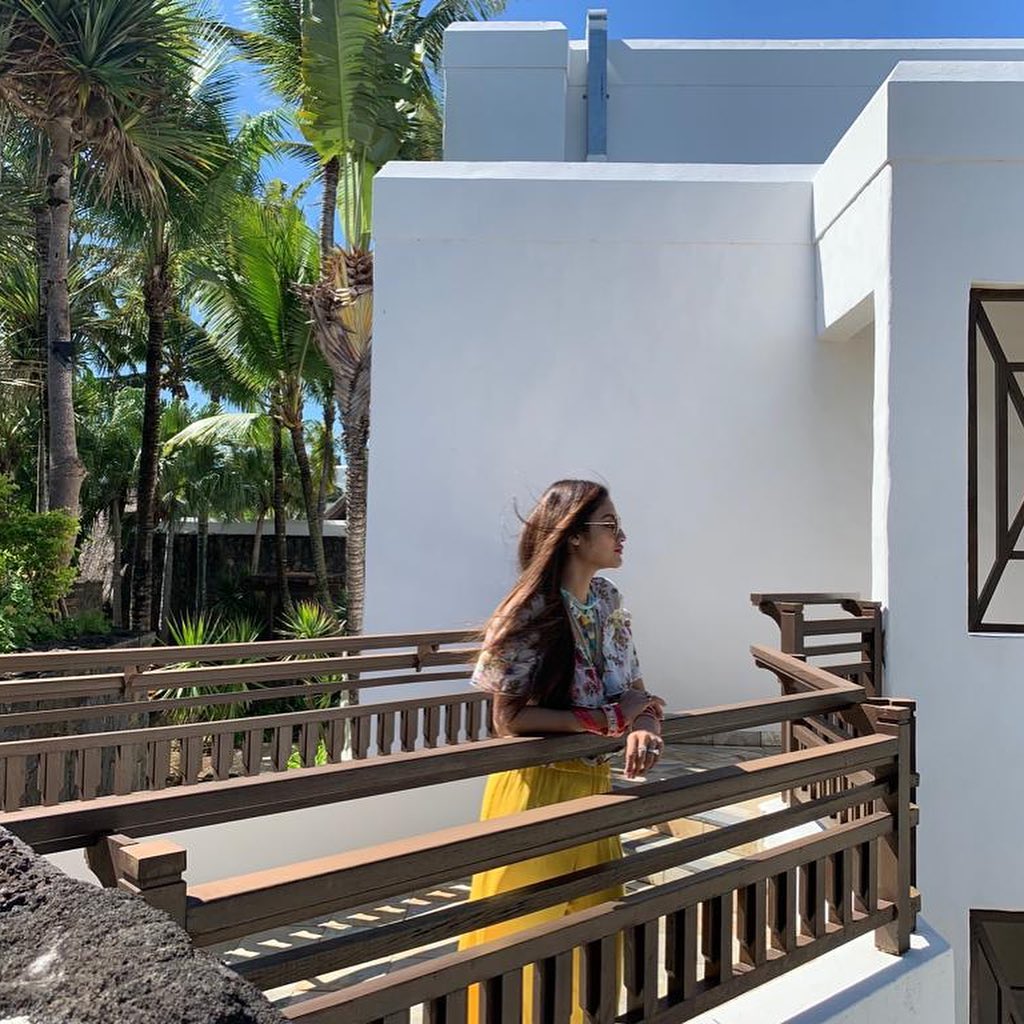 In a media interaction on their reception day, Nikhil and Nusrat had talked about their relationship. Nikhil had shared how they have come a long way and stated, "We have come a long way. I am very happy to make it till here as we have had a lot of road-bumps and a lot of roller-coasters on the way. But I am very happy to have her by my side and support her in everything she does. Whatever makes her happy, I want to do that." (Also Read: Mansi Srivastava Opens Up On Ex-Fiance Mohit Abrol, Says 'I Don't Want To Comment On His Disloyalty') 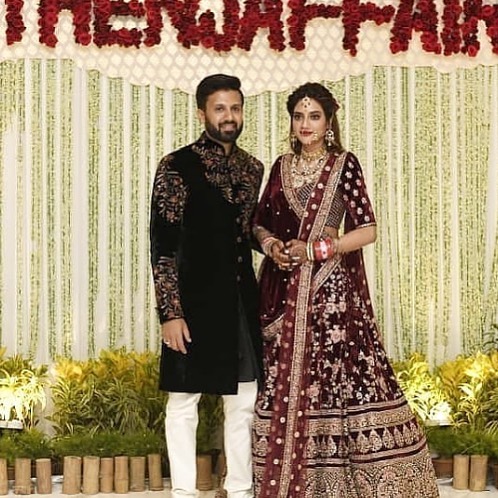 Talking about the wedding gift, Nusrat had stated, "We gifted each other our entire lives, that is the most special gift that any person can gift the other person.Shaara ta jibon ekta manusher shaathe katate hobe, chaap ta bujhte parchen ki? (Can you understand the pressure of spending the whole life with a single person)." To which her businessman husband had assured, "There will be no chaap (pressure)." To which, Nusrat had quipped, "Everyone is the witness now. Hope you gave a thought before uttering the words." 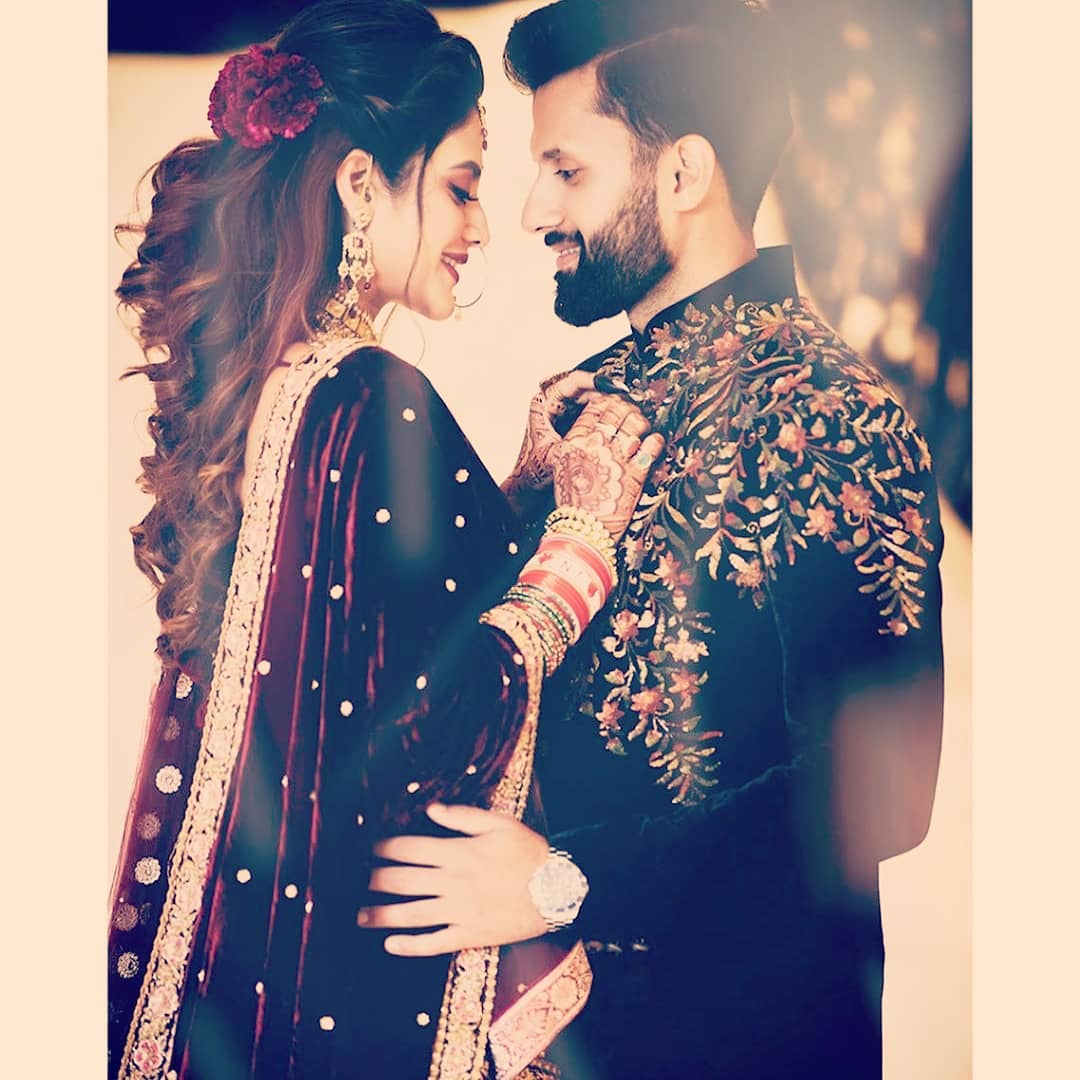 In an interview with News18, Nusrat had talked about Nikhil and her inter-religion marriage. She had shared, "In Nikhil, I found a really nice human being and I took a call. It's nobody else's business. It is bizarre that we are still so stuck on communal lines. A small section of Muslim leaders and clerics may think I have become less Islamic by adopting certain Hindu customs. I had previously joked that those people were surely not on phone with Allah every day to confirm whether or not I have lost my faith. Religion is as much mine as theirs. You cannot just take away someone's religion from them, you aren't entitled to do that."  (Don't Miss: Alia Bhatt's Sister, Shaheen Bhatt Takes A Journey Down The Memory Lane, Shares A Childhood Picture)

Well, we cannot wait to see more pictures of Nusrat and Nikhil's honeymoon! What about you?