Niti Taylor shared some clicks from her first 'rasoi' post-marriage. Scroll down to check it out!

Kaisi Yeh Yaariaan fame, Niti Taylor had tied the knot with her boyfriend, Parikshit Bawa on August 13, 2020, and had announced it with her wedding video on October 6, 2020. Since then, Niti has been treating her fans by sharing glimpses of her married life every now and then. Scroll down to check out her latest post! (Recommended Read: Shilpa Shetty Kundra Enjoys The Morning Sunshine, Hubby, Raj Kundra Makes A Hilarious Comment)

Some days ago, Niti Taylor’s friends had congratulated her with a picture and a video from a post-wedding party. Niti had reposted the same on her IG stories. The video had featured Niti and her husband, Parikshit having a gala time with their friends in a post-wedding party. Niti had flaunted her chooda and bridal glow in an orange-coloured kurta. The newly-wedded couple had danced with their friends on the song, Maston Ka Jhund from Bhaag Milkha Bhaag.

Niti Taylor Celebrates Her First Diwali Party With Her Hubby, Parikshit In Her 'Sasural' [Watch Now]

Now, Niti has shared some clicks from her first 'rasoi' post-marriage. Donning a pink kurta with pink and orange dupatta, Niti looked an absolute stunner and her chooda added to her charm. Posing for the camera with her signature smile, the happiness on Niti's face just melted our hearts! Check out her post below: 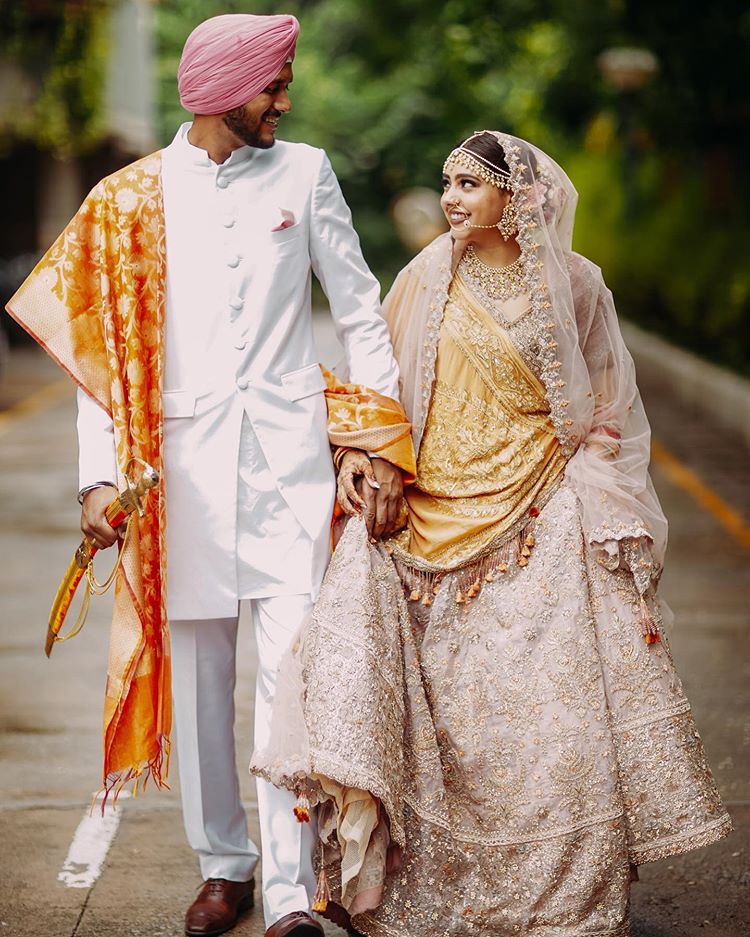 For her mehendi ceremony, Niti had kept her look subtle and had opted for an Indo-western ensemble. She had donned a red and yellow coloured traditional lehenga skirt and had paired it with a crisp white shirt. A silver maang teeka and matching earrings had completed her look. On the other hand, Parikshit had perfectly complemented her in a yellow kurta. (Also Read: Amitabh Bachchan Shares Late Father, Harivansh Rai Bachchan's Advice That Ignites Him To Work Harder) 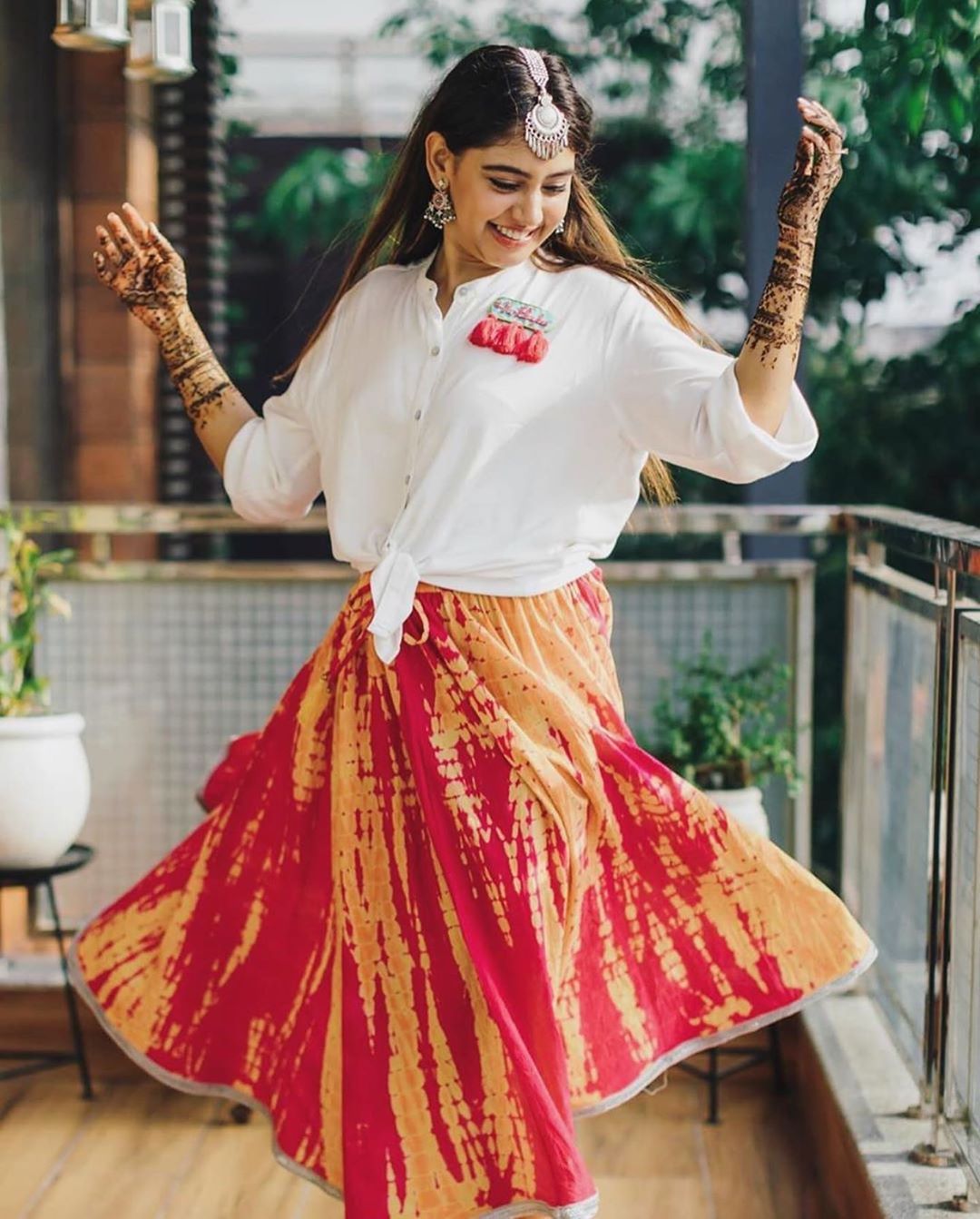 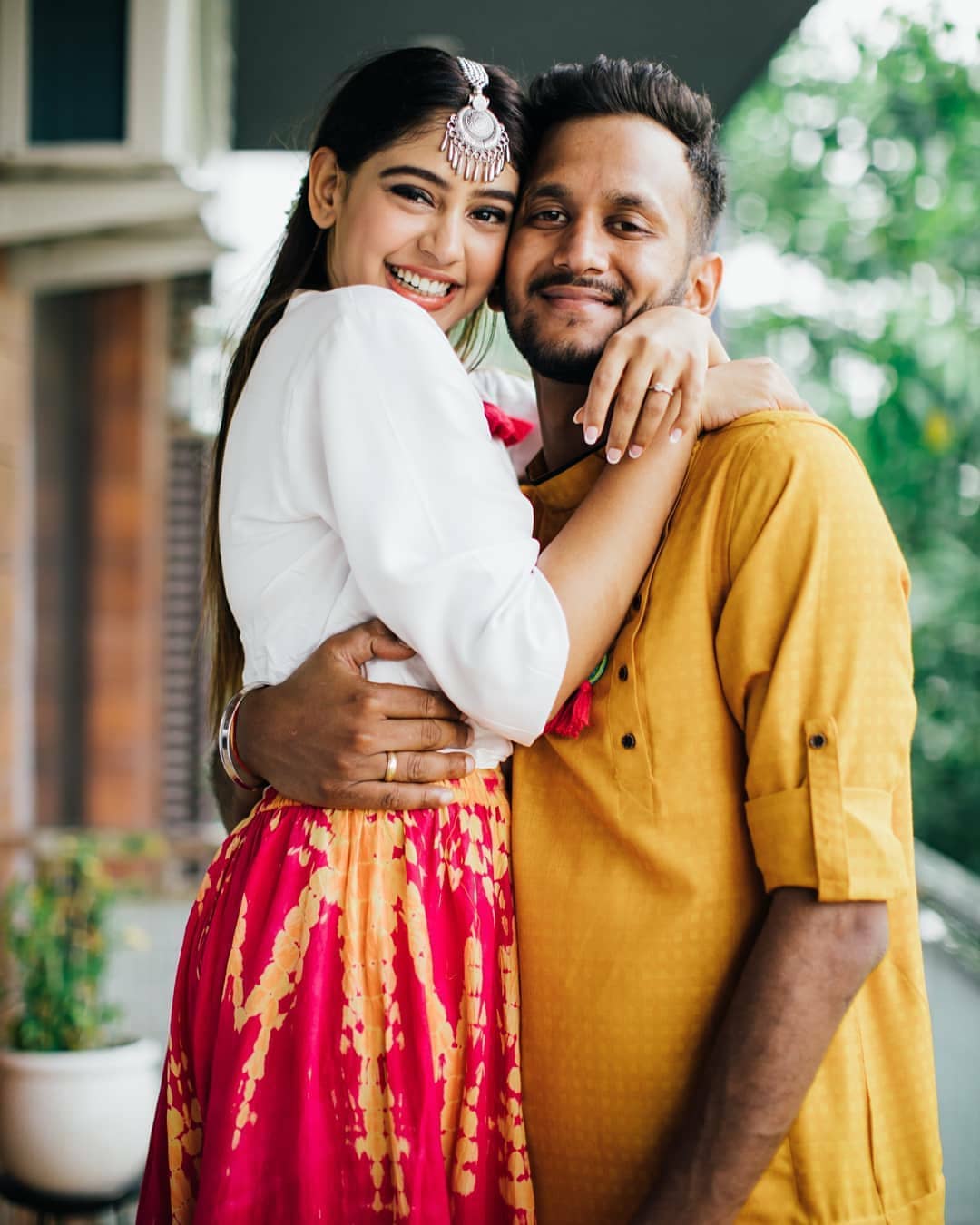 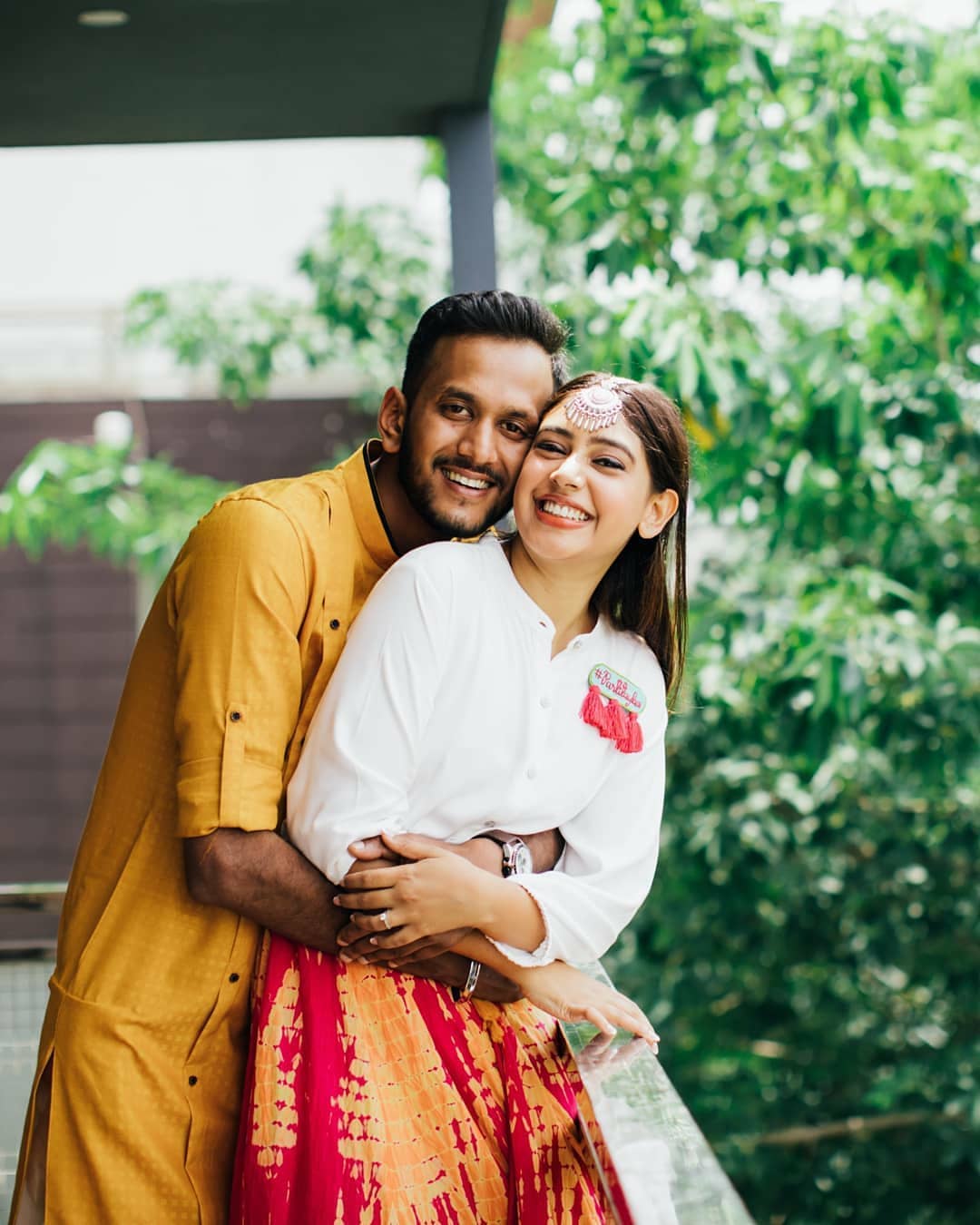 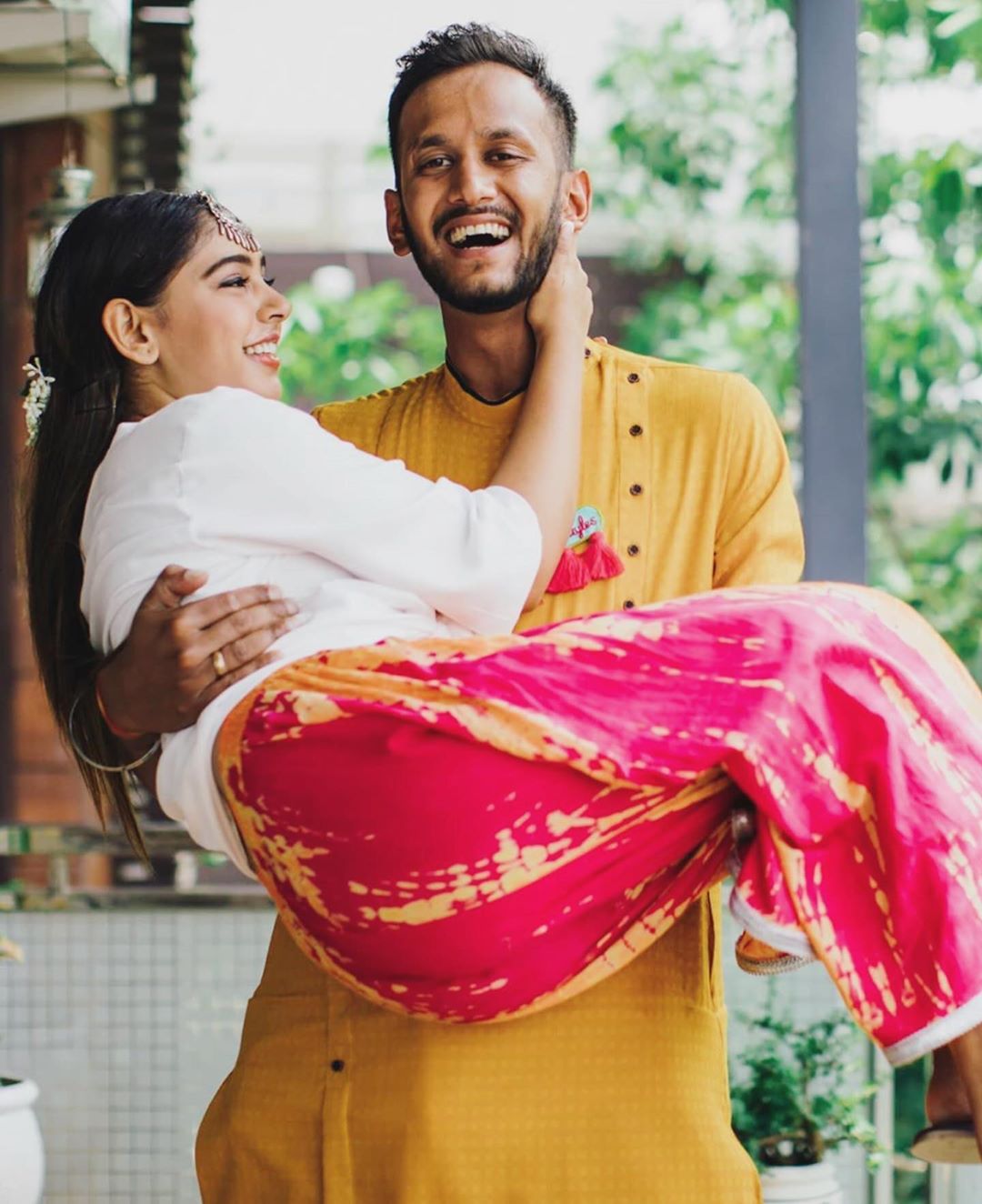 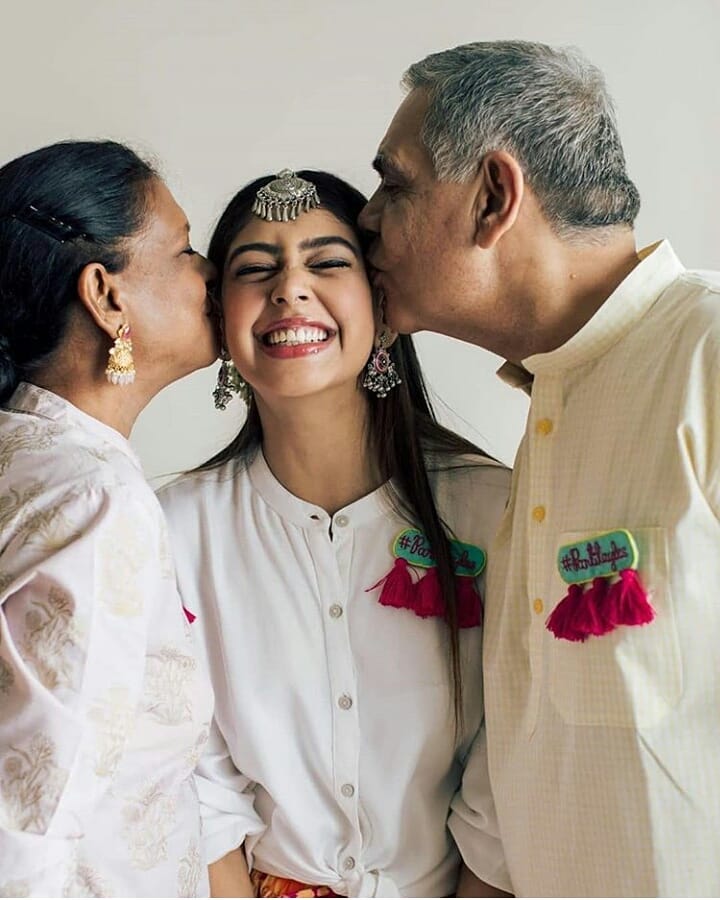 In an interview with ETimes, Niti Taylor had spilt the beans on her wedding and had said, "We had a ceremony at a gurudwara in Gurgaon, which was attended only by our parents and immediate family. The decision to tie the knot on August 13 was taken on August 6, which gave me just a week to prepare for my big day. We had our extended families and friends participate in the do, virtually.” 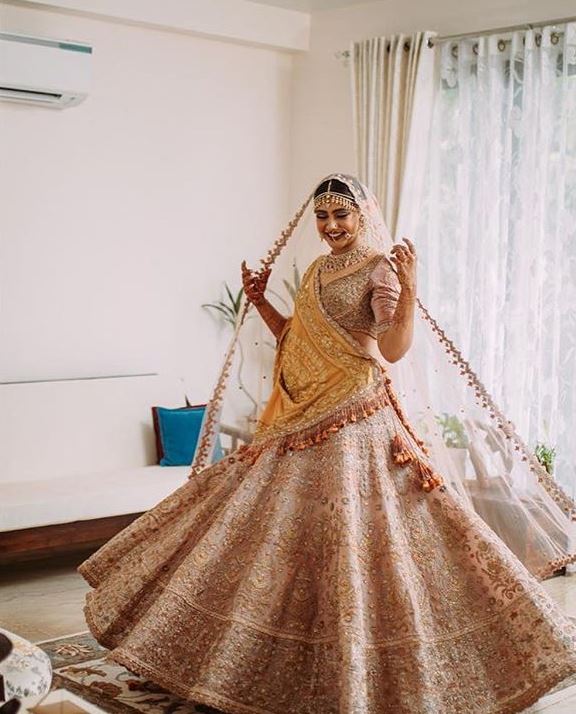 In a last year's interview with the Bombay Times, Niti Taylor had opened up about her love story with Parikshit Bawa. She had revealed how the two had fallen in love and had stated, “I knew Parikshit from school and back then, we were good friends. A few months ago, we reconnected on Instagram. When I started to know him better, I realised that he is a gem of a person. I met him in Delhi. My parents met him too, and they also liked him a lot. The best part about having Parikshit in my life is that we share the same qualities.” (Don't Miss: K.G.F. Star, Yash Singing 'Johnny Johnny' With Son Yatharv Gives A Glimpse Of Their Father-Son Bond)

Did you like Niti Taylor's newly-wedded look? Let us know!