Neetu Kapoor shared some pictures on her IG stories from her trip to a scenic location with her girls' gang.

Neetu Kapoor and her late husband, Rishi Kapoor, had made us believe that love and support towards each other is the only thing required to lead a happy life. Their love story was no less than a Bollywood film and is still remembered by all. Late Rishi Kapoor had tied the nuptial knot with his beautiful Bobby co-star, Neetu Kapoor, in the year 1980. On April 30, 2020, the veteran actor, Rishi Kapoor, had left for the heavenly abode after giving a tough fight against cancer and putting a full stop on his love story with Neetu Kapoor.

Neetu Kapoor is a super cool lady and loves to enjoy every moment of her life to its fullest, without giving headaches to anyone else. During an interview with the Filmfare, Neetu had spoken about why she had wanted to live alone and not with her daughter, Riddhima Kapoor Sahni, and son, Ranbir Kapoor, after her husband, Rishi Kapoor's death. She had mentioned that she likes her privacy and had also added that she wants to keep everyone in her heart and not to be standing on her head.  After Rishi Kapoor’s demise, his wife had kept him alive in her heart in the form of their precious memories. On May 18, 2020, Neetu had shared a throwback family picture, and along with that, she had written:

“How I wish this picture could remain complete as is." A bunch of good friends is very important in one’s life, and Neetu Kapoor is someone, who knows how to cherish all bonds. A few hours ago, Neetu Kapoor took to her Instagram handle and shared a few pictures from her ‘all girls' trip’. In the first picture, which she shared on her IG stories at the beginning of the trip, she introduced her travel partners. Along with the picture, she wrote:

“Looking forward to this detox trip with some lovely like-minded friends.” 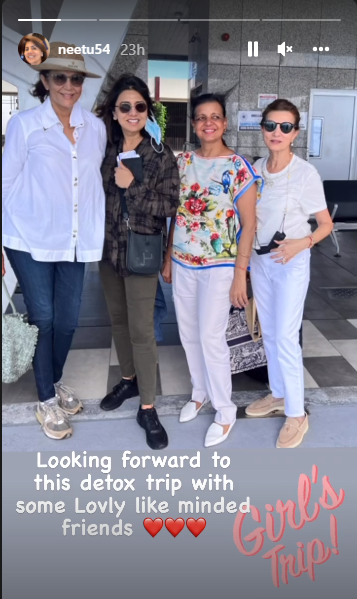 Neetu also shared one picture where, she was seen steering the wheel on a yacht with her girl gang while she was holidaying in the pristine waters. She opted for a striped blue shirt and black shorts and paired them with black sunglasses. Along with this, she took to her IG stories to share other glimpses from her trip. She shared a picture of the blueish-green water and captioned it, “Stunning colour.” In another picture of fruits smoothie, which she shared, she mentioned, “Goodness in a bowl”. 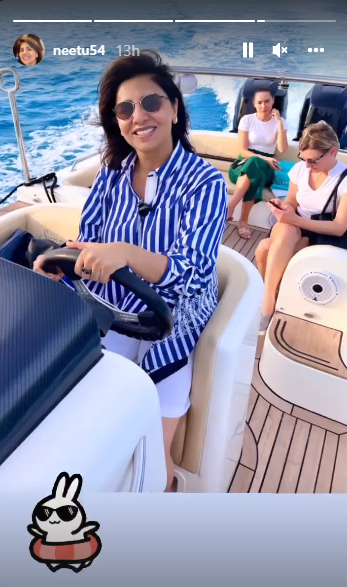 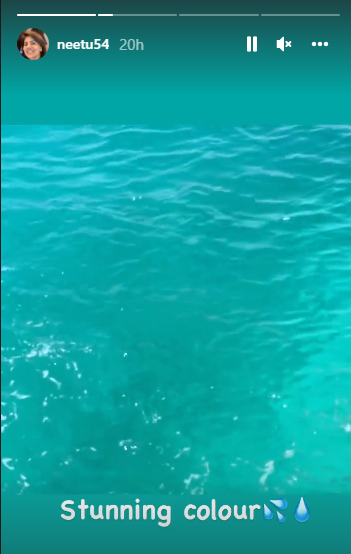 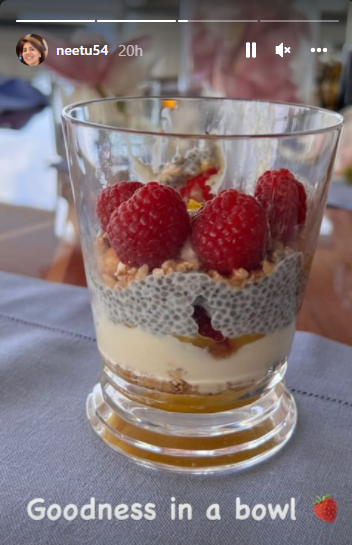 In a conversation with The Quint, Ranbir Kapoor’s mother, Neetu Kapoor, had opened up on her late husband, Rishi Kapoor’s most cherished dreams. Sharing how he had wanted to see Ranbir as a dulha and on a ghodi, Neetu had said:

“One was to see Ranbir wearing a turban with an emerald and a broach in the Peshawari tradition – astride a ghodi, on his wedding day. He was totally sentimental about this, he’d keep saying, “Kisi din, mujhe humaare bete ko ghodi pe sawaar dekhna hai.” 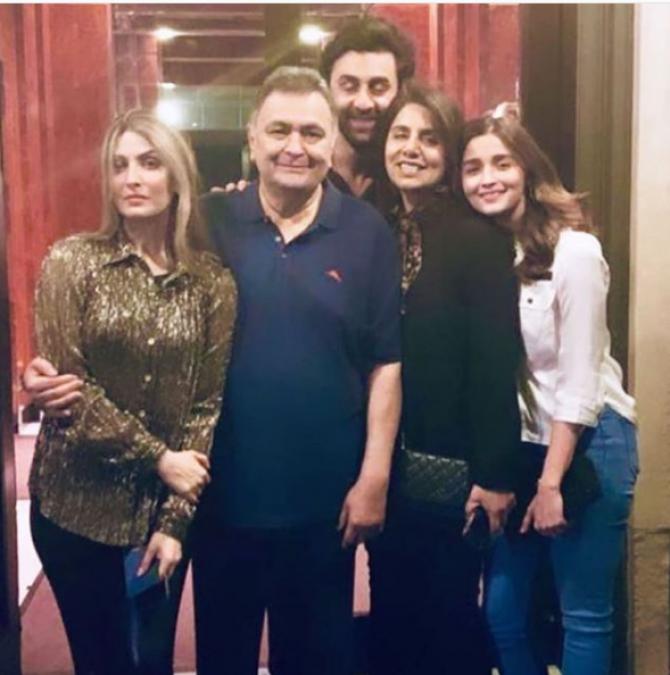 Neetu Kapoor never fails to shower love on her kids and remember her husband on all occasions. On September 28, 2021, Ranbir Kapoor had turned 38, and Neetu Kapoor had posted a cute family picture. The throwback picture had featured Neetu Kapoor’s entire family - Riddhima Kapoor Sahni with her husband, Bharat Sahni, and Ranbir Kapoor with his lady love, Alia Bhatt. Alongside it, Neetu had written: 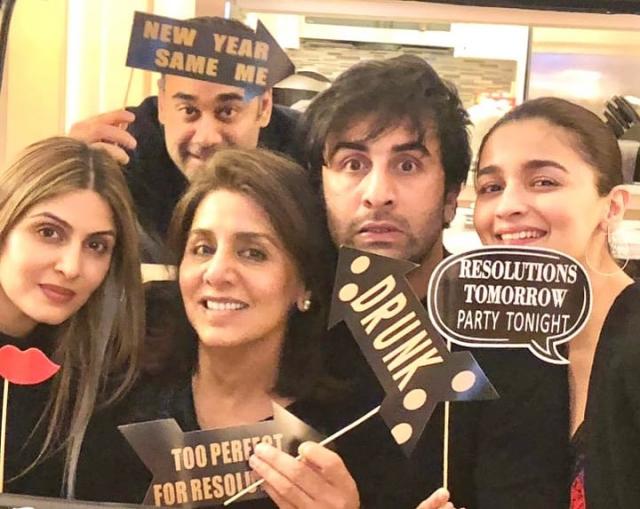 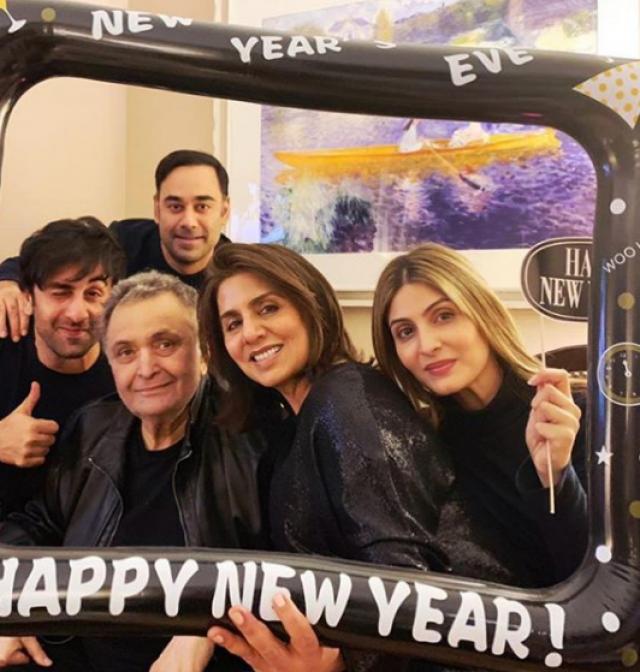 Neetu Kapoor, after a long gap in her acting career, will be next seen in the film, Jug Jugg Jeeyo. 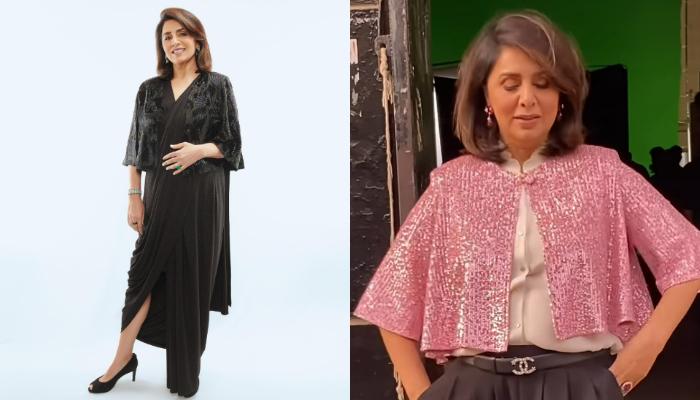