'Manikarnika: The Queen of Jhansi' fame Nihaar Pandya and famous Bollywood singer, Neeti Mohan walked down the aisle on February 15, 2019. Checkout their honeymoon pictures inside. Love can happen, anywhere, with anyone and at anytime. It is not a certain thing to decide on, but it just happens with an instant click. Though many of you would take your own sweet time to get clear about your feelings, others would be sure at a mere glance. Something like this happened with Manikarnika: The Queen of Jhansi, Nihaar Pandya, who fell for a very talented Bollywood singer, Neeti Mohan with the very first eye contact they had. Isn’t it filmy? Well, we too believe so!

Neeti and Nihaar hogged the limelight lately for pairing up in real life and deciding on forever. It was on February 15, 2019, in a destination wedding in Hyderabad at the palatial, Falaknuma Palace that the two solemnised their relationship into the husband and wife. The wedding was all about shor-sharaba that started off three days before the D-day, with fun-filled mehendi and sangeet ceremonies. (Also Read: Sameera Reddy Looks Beautiful In Traditional Kanjeevaram Saree At Her Godh Bharai, Does A Photoshoot) 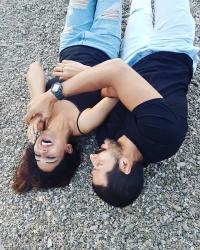 Now, four months after their wedding, Neeti and Nihaar are finally enjoying their honeymoon. As it was revealed a few days back that they will be going for a lavish 15-day honeymoon to Switzerland, so yeah, the newlyweds are finally honeymooning amidst the Alps. Both of them have been sharing pictures on their respective Instagram handles. Take a look at them here: 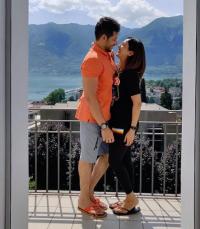 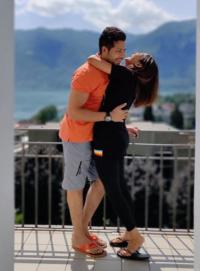 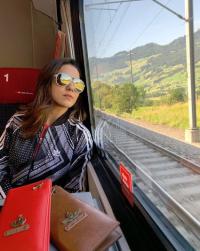 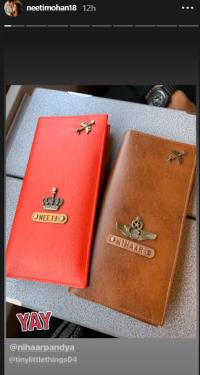 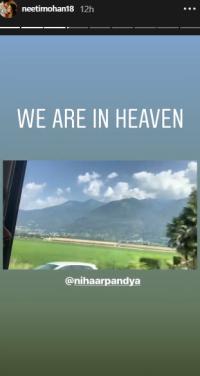 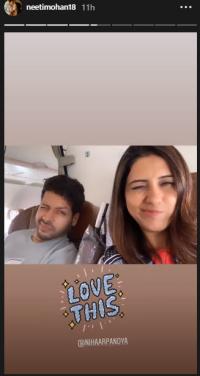 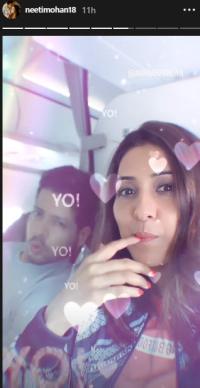 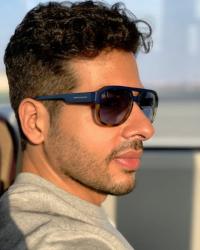 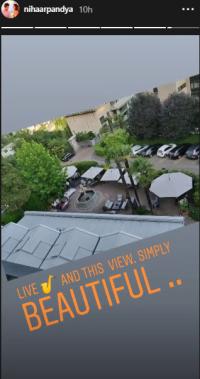 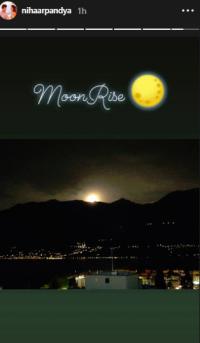 Of late, in an interview with the Hindustan Times, Neeti had shared her honeymoon plans and was quoted as saying, "We are going this weekend. After I got married, I immediately started working and did not take a break. So, finally I have got some time and managed a 15-day break, so we can go for our honeymoon. Nihaar also managed his schedule accordingly. We will be going to Switzerland and as soon as I am back, I will again get back to work." (Also Read: Hrithik Roshan's Sister Sunaina Supports Kangana, Rangoli Reveals She's Been Calling Them For Help) 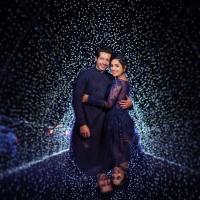 The nayi bahu Neeti had also shared the details about her life post-marriage and how beautifully it has transformed. The 39-year-old singer had shared, "Life could not have been any better. I am just way happier now, and I feel it’s so beautiful to get married. All this while I thought [marriage] will take away from my career and it will only add to my responsibilities. But I somehow feel that just the opposite has happened. Life has definitely changed for the better. Also, more than anything else, my parents are happy. They always told us [my sisters and I] that ‘when you meet the right person who just gets the best out of you, life become better’. So, I think I’m very fortunate that way." 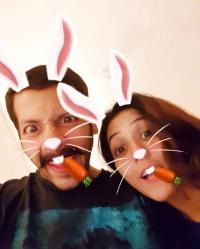 In fact, prior to this, Neeti had a chit-chat with Times Now and talking on the similar lines, she had remarked, "It is great to be married. It’s even better when your life partner and the new family are supportive of your profession. I love being married. It’s been only a month since we got married. Everything is so fresh. All the memories are so precious." (Checkout: Charu Asopa Sen And Rajeev Sen Finally Reveal Their Honeymoon Plans, To Travel To An Exotic Location)

In a heart-to-heart conversation with a leading portal, Neeti had quipped how Nihaar expresses his love for her songs. Citing an example, she had said, "I remember, once Sau Aasmaan (Baar Baar Dekho; 2016) was playing somewhere and Nihaar said, ‘This is your song’ and then he told me how all this while, he loved that song and my voice, but never knew it was me." 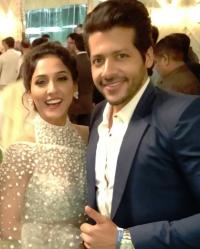 Earlier, in an interaction with Bollywood Hungama, Nihaar had revealed their filmy love story and how they met. The actor was quoted as saying, "Yes, fully filmy it was. I met Neeti at a common friend (musician) Jimmy Felix’s wedding. Jimmy and Neeti used to be part of the music band Aasma and he kept talking about this girl he wants me to meet. But he wouldn’t actually get down to introducing me to Neeti. I finally asked Jimmy, ‘Yaar tu mileyega ya sirf baatein banayega?’ He promised to introduce us at his wedding. And he kept his promise." (You May Check: Unseen Video Of Baby Sara Ali Khan Playing With Abba Saif Ali Khan Reminds Us Of Taimur Ali Khan) 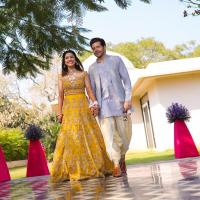 In fact, he had further gone on to reveal that within just one glance he knew that she was the one for him, "It took me no time at all to decide Neeti was the one I wanted to spend the rest of my life with. Luckily, she felt the same way. We decided to get married soon after we met. And now, as the day approaches, I am more and more convinced this is the best thing to have happened to me."

So, what do you guys have to say about Neeti and Nihaar’s honeymoon pictures? Do let us know!