Natasa Stankovic shares a series of pictures from her exotic vacation with her cute baby boy, Agastya Pandya. Her husband, Hardik Pandya misses them. Pictures inside!

Cricketer, Hardik Pandya and his model-wife, Natasa Stankovic never fail to amaze us with their limitless love for each other. Hardik Pandya had made it to the news for his controversial comment at the talk show, Koffee With Karan. After that, the cricketer was going through a tough time in his life as well as in his cricket career. It was after going through this phase that Hardik had met the love of his life, Natasa Stankovic.

Hardik Pandya's Heartfelt Note For Agastya As He Turns 1, Posts Glimpses Of Their Adorable Moments

It was in the year 2020, that the power couple had taken to their respective social media handles to announce their engagement. While Natasa flaunted her diamond ring in the picture, Hardik Pandya had written, "Mai tera, Tu Meri jaane, saara Hindustan. 01.01.2020 engaged." Though there was hardly anyone, who knew about their relationship before they had made it official, the duo has been giving us some major couple goals since then. A few hours ago, Natasa Stankovic took to her IG handle to share some mesmerising pictures from her exotic vacation. Though the location was undisclosed, we could spot Natasa's parents, Goran Stankovic and Radmila Stankovic in the pictures. So by the looks of it, we can guess that Natasa is currently with her parents in Serbia. The greenery and the blue sky filled with clouds made the pictures jaw-dropping and not to forget baby, Agastya Pandya, who was exploring new things in the new place. Sharing the pictures, Natasa wrote, "#happiness." 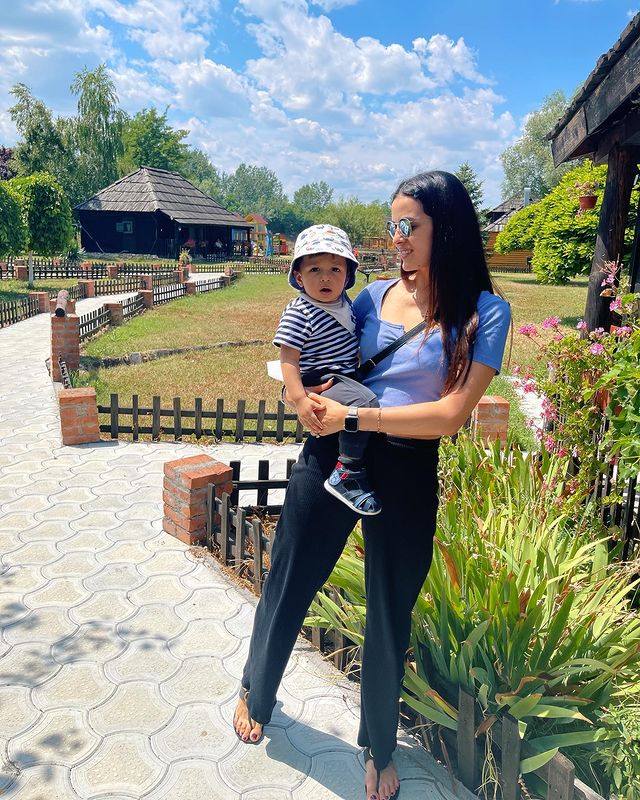 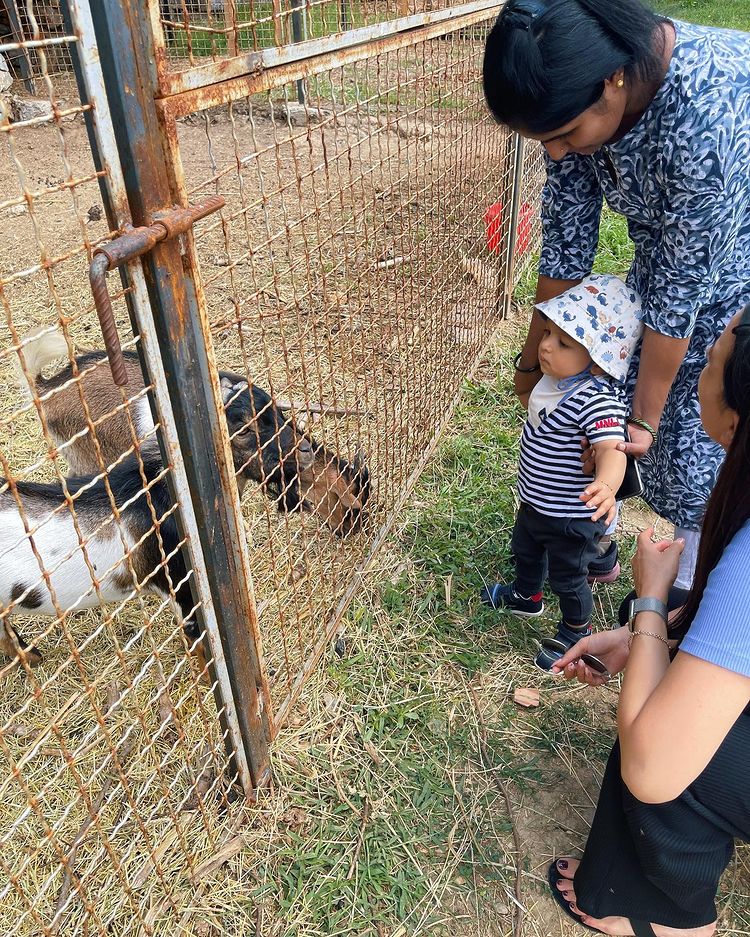 In one picture, we could also spot Natasa's father carrying Agastya in a stroller. As soon as Natasa had shared these pictures with her fans, her doting husband and Agastya's father had taken to the comments section to express how much he is missing them. Hardik is seen missing from the pictures as he is busy with team India for Sri Lanka series. He wrote, "Miss you both", followed by a red heart emoticon.

Suggested Read: Jackie Shroff Narrates How His Wife, Ayesha Shroff Saved Him When A 'Gang' Of Goons Came To Beat Him Besides these IG posts, Natasa also took to her Instagram stories to share pictures from her getaway. In one video, we could see baby, Agastya playing on the swing, while most of the videos gave glimpses of the mesmerising countryside that was full of greenery. In one of the pictures, there was also a sumptuous spread of breakfast on the table, while another one featured Natasa's black coffee. 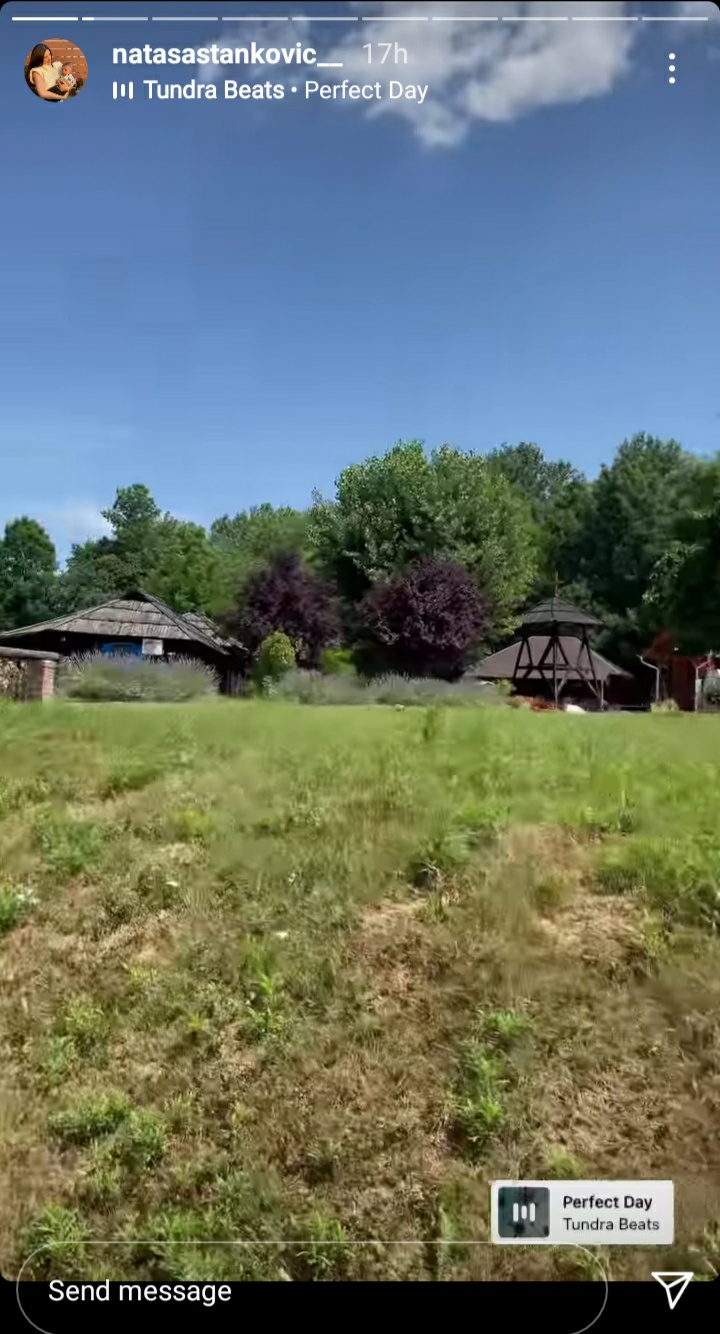 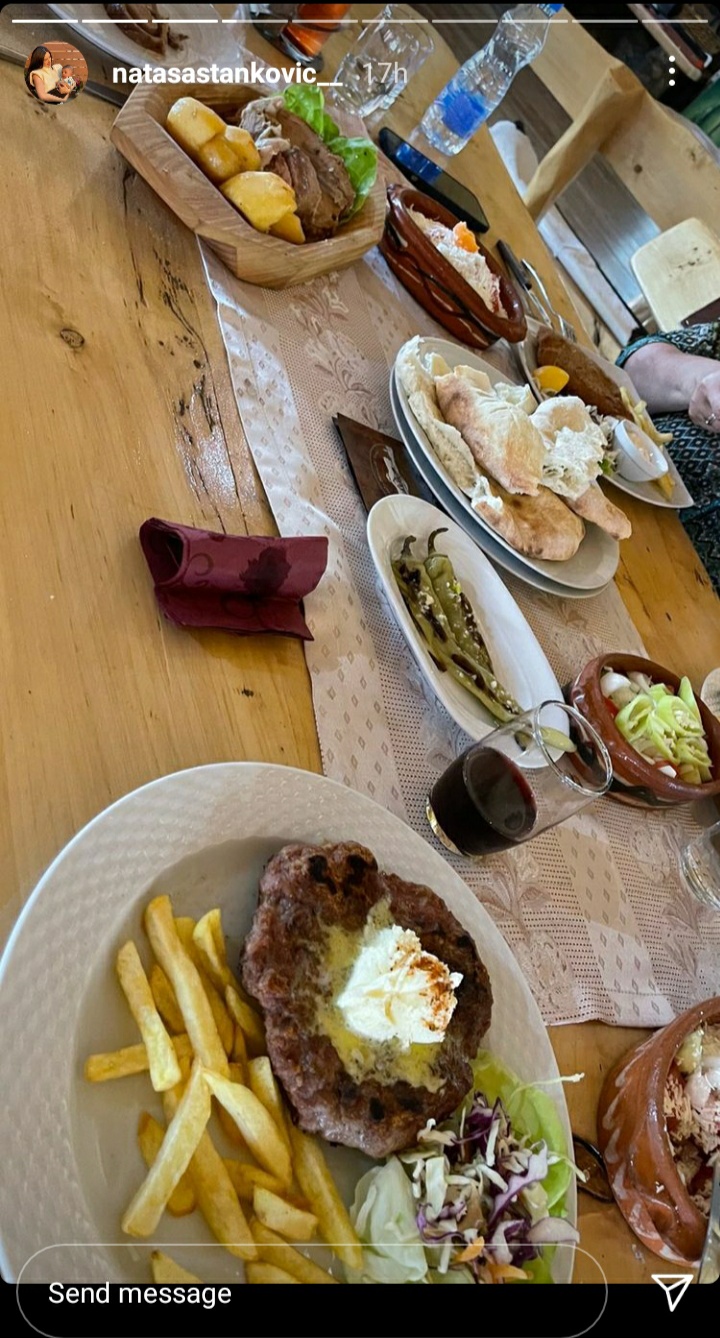 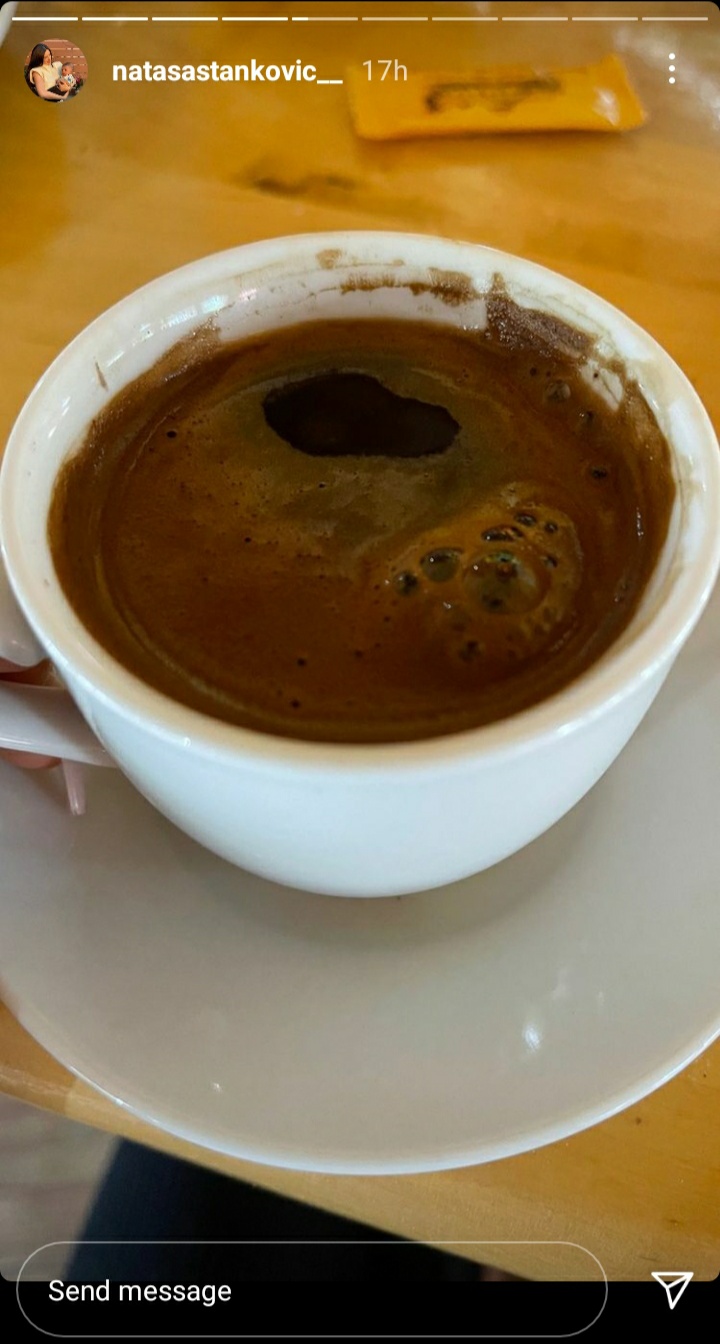 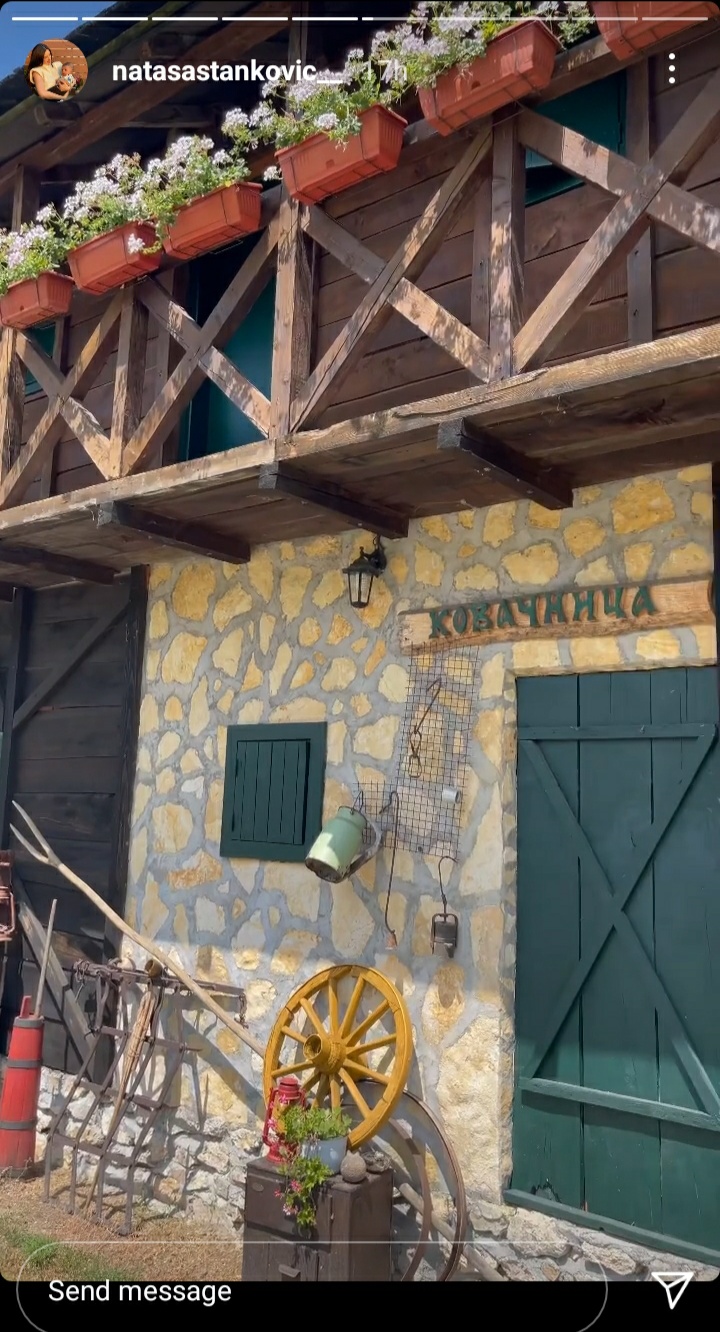 A few days back, Hardik Pandya had jetted off for a vacation ahead of his Sri Lanka tour with his family. Sharing the same with her fans, Natasa had shared a picture with Hardik Pandya and Agastya Pandya, in front of the chartered flight. In the snap, we could spot Hardik holding Agastya in his arms, while Natasa carried a handbag. On the other hand, Hardik had shared a glimpse from the interior of the chartered flight and we could spot his brother, Krunal Pandya, his bhabhi, Pankhuri Sharma, some other members of the family, and of course, Agastya and Natasa. 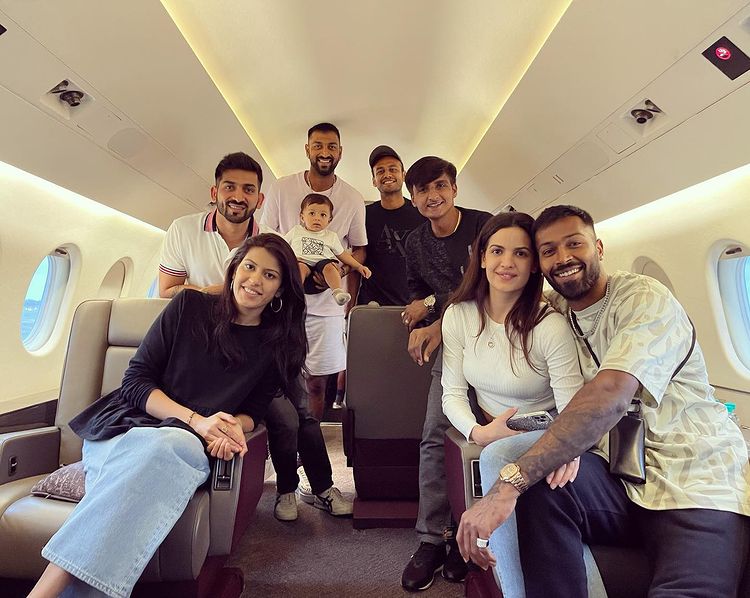 On the work front, Hardik Pandya is gearing up for the upcoming test match of India, opposite Sri Lanka.