Alia Bhatt and Ranbir Kapoor are rumoured to get married in 2020. Now, her uncle, Mukesh Bhatt and step-brother, Rahul Bhatt have given the clarity on the rumours. Details inside.

Love has always been in the air for one of the most graceful couples of the Tinseltown, Alia Bhatt and Ranbir Kapoor. Right from their good looks, superb compatibility, outstanding chemistry and their excellent acting skills, Ralia (as their fans love to call them) scores full points as the most happening couple in the showbiz world. You agree with us, right? Alia is a lucky girl who has experienced her childhood crush turning into her life partner.

If rumours are to be believed, Ranbir and Alia are very serious about each other and would probably tie the knot in 2020. As much as the couple has always manipulated their wedding rumours, many reports have suggested that the Kapoors are only waiting for Rishi ji’s recovery so that the wedding can happen. (You May Also Like: Goldie Behl Reveals If Sonali Bendre Is Making A Comeback After Long Break Due To Cancer Treatment) In.com got in touch with Alia Bhatt’s uncle, Mukesh Bhatt to get some clarity on her and Ranbir’s marriage rumours. Mukesh rubbished the rumours about the same and was quoted as saying, "This is utter rubbish. Who is spreading these rumours?" Also, Alia’s stepbrother, Rahul Bhatt was clueless about her developments and was quoted as saying, "Alia is my step-sister. We don't stay together. I don't know much about her life's development. However, I do like their (Ranbir-Alia) Jodi. If I am invited to the wedding, I will definitely like to be a part of it." 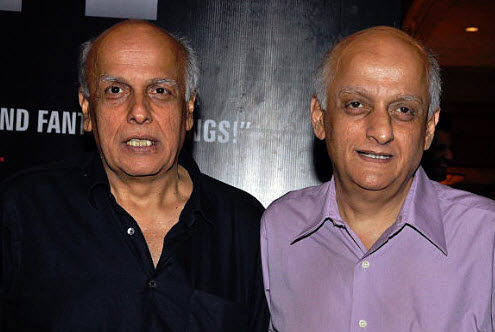 Of late, in an interaction with Filmfare, Alia had opened up about her wedding rumours doing the rounds every now and then. Reacting to the same, she was quoted as saying, "And about getting married? Well, that’s the only thing that’s irritating right now. Every morning I wake up to the news that I’m getting married. I tell him what the hell. I guess he’s used to it." (Checkout: Himesh Reshammiya's Wife, Sonia Kapur Goes An Extra Mile To Make His 46th Birthday Special [Details]) Reminiscing about her first meeting with Ranbir, Alia had shared on Koffee With Karan, “I remember the first time I spoke to Ranbir. You (Karan Johar) called him up when Rockstar just released and you said, 'Here, talk to Ranbir. Tell him how much you love him'. And I spoke so much rubbish. I was just talking non-stop, and he was like, 'Yeah, that's very nice, Alia'." Ever since Alia and Ranbir’s relationship started, the two have been questioned about the progress in every other media interaction. During her chat with the DNA, Alia had spilt the beans on her wedding and had said, “I’m too young to think about it. When I feel there’s a need to be in a stronger bond with him, we will come to it. But right now, I’m married to my work and I also have my relationship going well on the side." (Do Read: Splitsvilla 10 Winner Baseer Ali Turns 'Mental Coach' And Gym Buddy For Ladylove, Stayce Ponomareva) 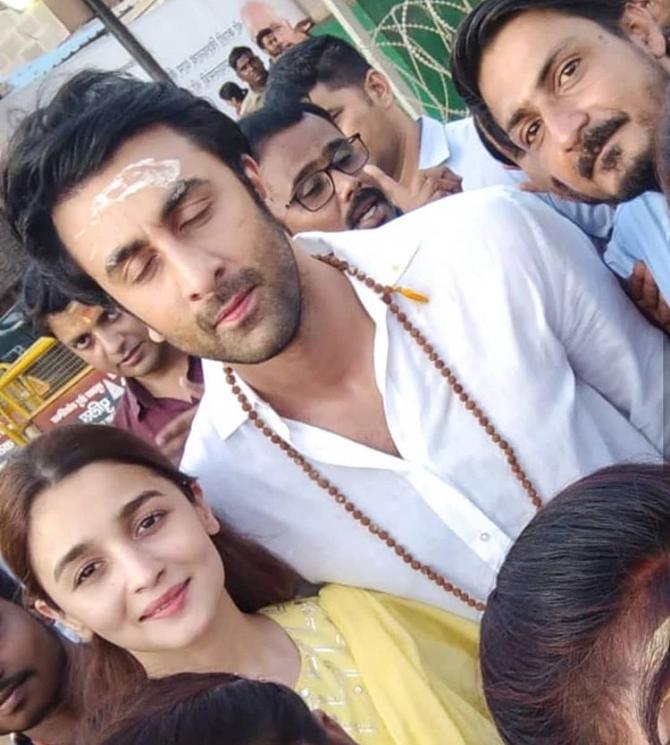 Further speaking about her rumoured 2020 wedding, the Raazi actress was quoted as saying, “I don’t understand the need for everyone to discuss this (my wedding) all the time. But then, I think to myself that it’s a simple question and my answer remains the same. If I’m not getting married right now, that’s what I’ll say. I’m happy being in a relationship, but that doesn’t mean I’m tying the knot just yet.” 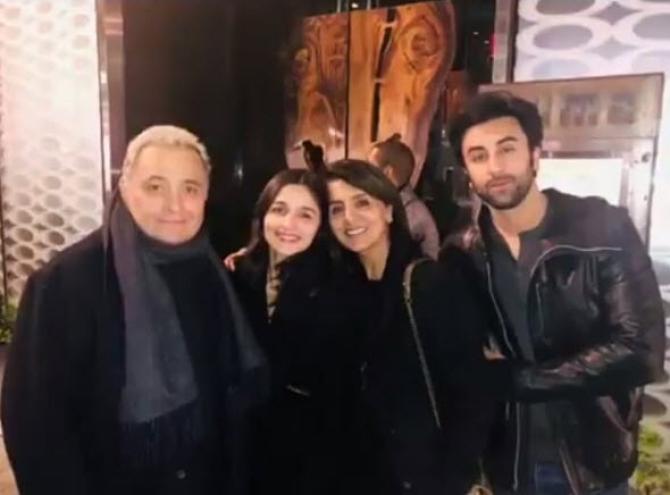 Not just Alia and Ranbir’s relationship is growing stronger with each passing day, she is also being loved by the Kapoors. “She has been welcomed into the family by everyone. So, it’s not just Ranbir who loves Alia. His parents, sister and the rest of the sprawling Kapoor family adore her too. Marriage is on Ranbir’s mind for sure and he will get into it happily this time. The couple will wait until Rishi Kapoor’s recovery before discussing a date for marriage.” (Don't Miss: 'Saath Nibhaana Sathiya' Star Mohammad Nazim To Soon Get Married To Astrologer-GF, Shaiena Seth)

Guys, what do you think about Alia and Ranbir’s probable 2020 wedding? Do keep us posted!