On January 27, 2022, Mouni Roy had tied the knot with her beau, Suraj Nambiar as per Malayali and Bengali rituals. Now, the couple hosted a 'sangeet' night, and here are the glimpses from the same.

Mouni Roy had stirred the internet with the photos and videos from her pre-wedding and wedding ceremonies. The actress had tied the knot with her boyfriend, Suraj Nambiar on January 27, 2022, in Goa. The couple had two weddings as per Malayali and Bengali rituals to respect each other's cultures. Now, social media is flooded with fun-filled glimpses from their sangeet night.

On January 28, 2022, Mouni and Suraj hosted a grand post-wedding sangeet celebration. For the ceremony, Mouni donned a beautiful golden lehenga. She kept her makeup subtle with curly open tresses. In the video, shared by one of her friends, Karishma Modi, the bride looked super excited as she was escorting her. Check it out: 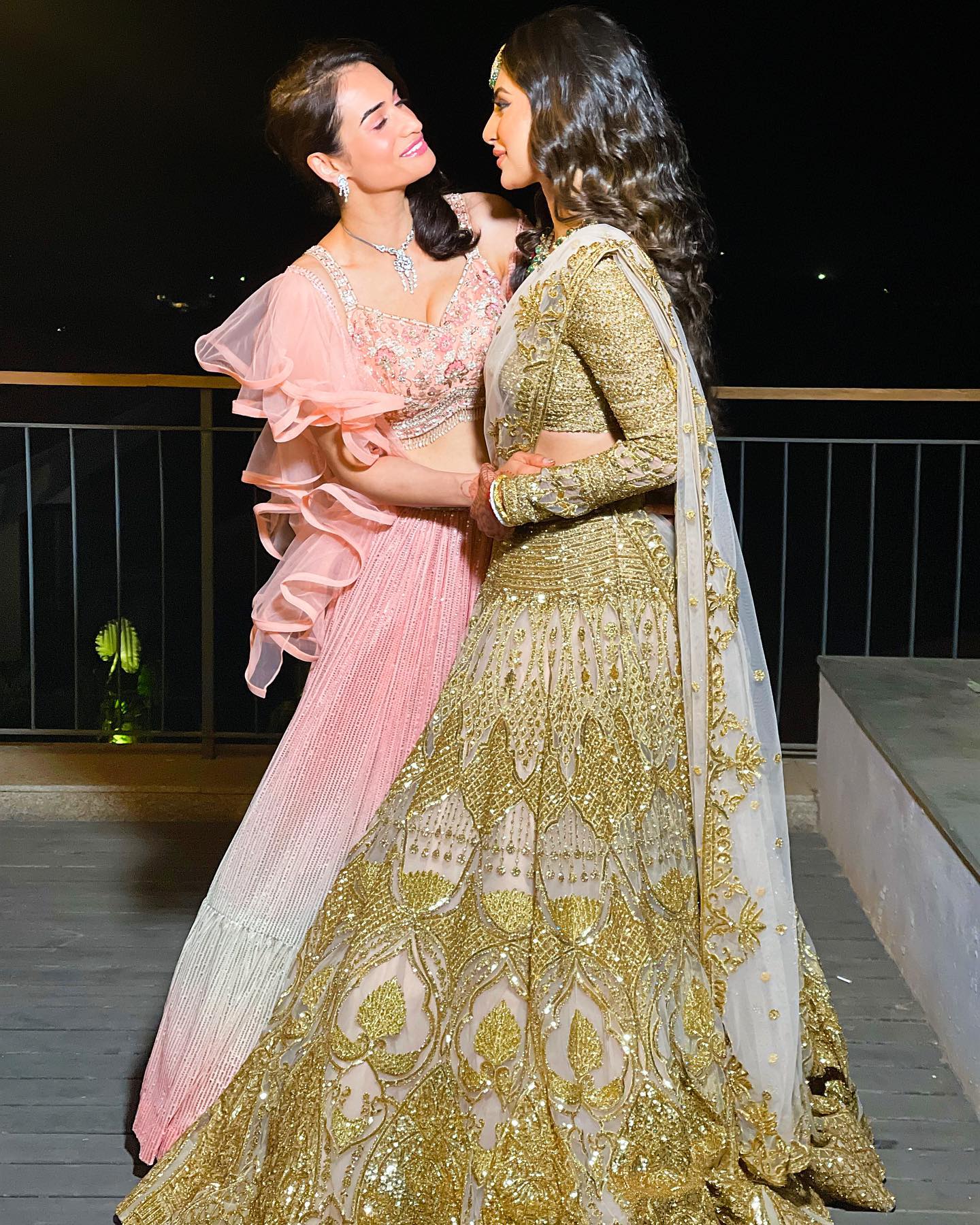 A few moments ago, we stumbled upon a video from Mouni Roy and Suraj Nambiar's sangeet night, and we can't get enough of it. In the video, the newlyweds can be seen cutting a 3-tier wedding cake, which featured red and white roses adorned on the white frosting. However, what swooned our hearts was the cutesy lip-lock moment of Mouni and Suraj as they cut their wedding cake. Check it out:

On January 28, 2022, we had caught a glimpse of our newlywed bride, Mouni Roy, dancing on the bar counter along with her girl gang, dishing absolute modern bride vibes at her afterparty. In the video, she could be seen in a sleeveless royal blue and white striped long dress, flaunting her shankha pola like a pro. Every Bengali bride wears shankha pola as this symbolises a married woman in Bengali culture. In the video, we could also spot, Meet Bros Manmeet Singh, Pratik Utekar and a few others. Check out the video here:

On January 28, 2022, Mouni Roy had taken to her IG handle and had shared the first pictures with her husband, Suraj Nambiar, from their Bengali wedding. The pictures had featured the adorable couple performing their wedding rituals at their wedding mandap. While one picture had shown the then-bride and groom posing happily with each other, in the other one, Suraj could be seen applying sindoor on Mouni's head. However, the picture that had swooned our hearts was the one, in which Suraj could be seen kissing Mouni on her cheeks. Sharing the photos, Mouni had penned a Sanskrit shlok for the caption.

On January 27, 2022, Mouni Roy had taken to her Instagram handle and had shared the first pictures with her husband, Suraj Nambiar, from their Malayali wedding. From their memorable sindoor moment to a glimpse from the couple's varmala, it was a set of some dream-like pictures from their wedding ceremony. However, this time, it was Mouni's heart-melting note in the caption for her husband that had caught our attention the most. The actress had written: 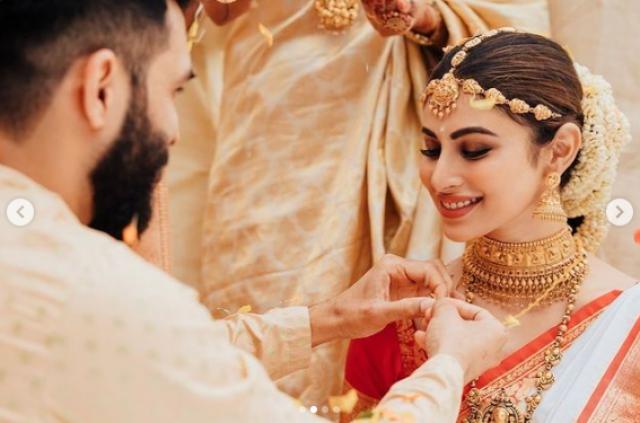 We are in love with Mouni's sangeet night glimpses! What about you?

Don't Miss: Mouni Roy Dazzles In A Golden Lehenga For Her Post-Wedding 'Sangeet' Night [Video Inside]