A while back, Mira Rajput shared a picture of herself on her IG handle as she wore an old dress, which she had bought for one of her wedding anniversaries. Check it out!

Shahid Kapoor had married a ‘Delhi-based girl’, Mira Rajput on July 7, 2015. Despite not being a part of the entertainment industry, Mira has made a place for herself in the hearts of millions. She is a supportive wife to her hubby, Shahid, and a cool mom to her two kids, Misha Kapoor and Zain Kapoor. From promoting her husband’s films to praising his acting chops, Mira has set the bar for a perfect wife high.

Shahid Kapoor's wife, Mira Rajput Kapoor is a social media influencer with a follower base of more than 3 million. She often delights her fans with adorable snippets from her life on her social media handles. On January 30, 2022, Mira Kapoor had taken to her Instagram handle and had posted a picture with her hubby, Shahid Kapoor. In the photo, Mira was seen clicking a picture while Shahid had hugged her from behind. The husband-wife duo had looked adorable as they had posed for the mushy photo. Alongside it, Mira had shared Shahid's cute nickname and had written:

Recommended Read: Vikrant Massey Shares Photos From His Wedding With Sheetal Thakur, Pens A Note Of Their Love Journey 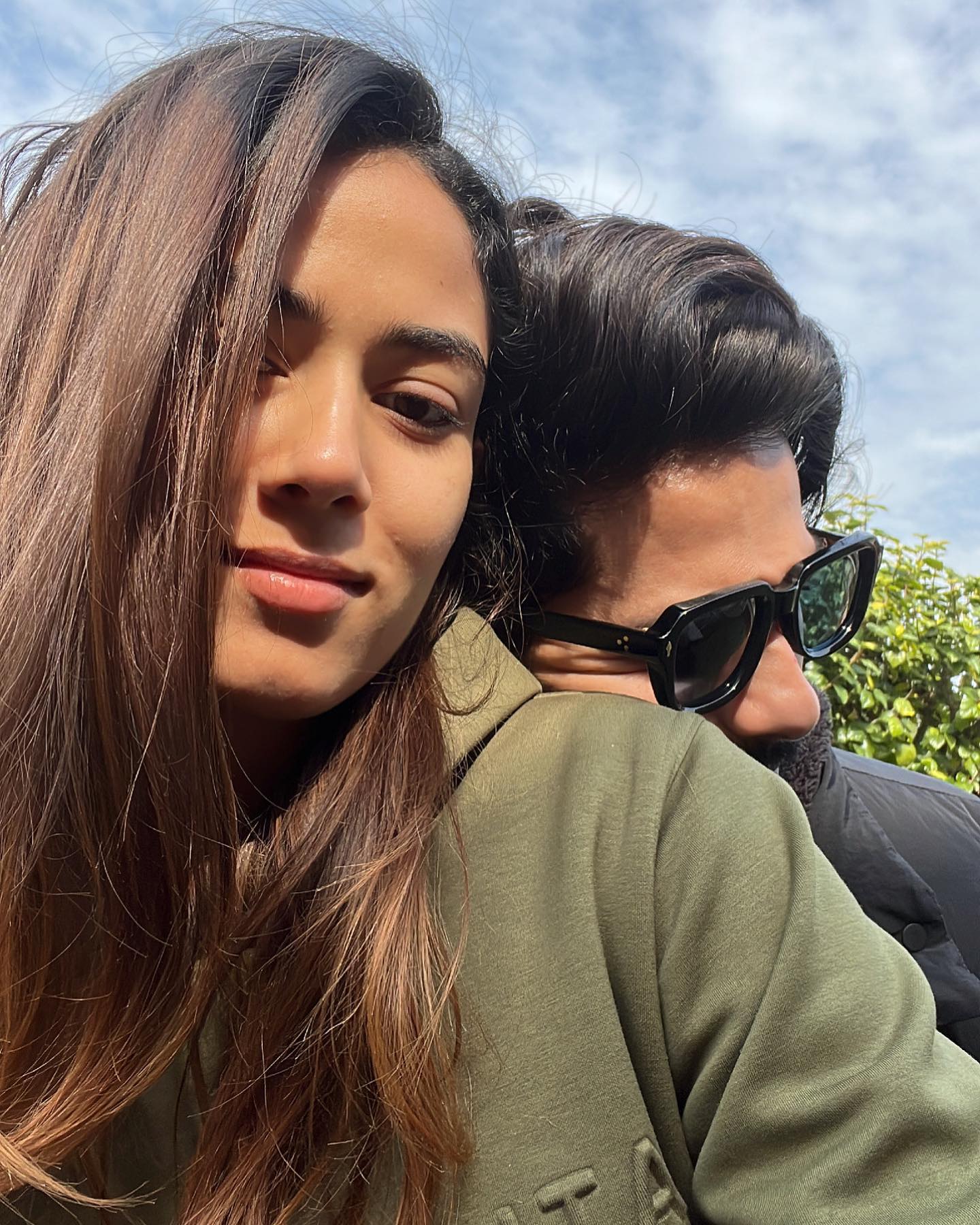 A while back, taking to her IG handle, Mira Rajput Kapoor shared a glamorous picture of herself, standing in front of a luxury car. In the picture, she was seen dressed in a one-shoulder checkered dress, which she paired with yellow heels. Along with the picture, she penned a caption, revealing that she had last worn this outfit on her wedding anniversary a couple of years back. Talking about her look, Mira wrote:

"Had to get dressed top to toe after ages (I think I’ve hacked the waist-up zoom game). Pulled out a dress I last wore on my anniversary a couple of years back; the pre-covid era. Now all I could think of was how quickly can I click a picture while my mask is off! (It’s still sneakily there). Fortunately, I’ve re-learnt how to walk in heels and I love anything yellow."

Mira Kapoor has often shown her supportive side for her husband, Shahid Kapoor, and this has been going on for years now. Shahid’s film, Padmaavat is a cinematic marvel and has etched a special place in his fan’s hearts. A few days back, designer, Rimple Narulah, who was working on the film, Padmaavat, had walked down the memory lane and had shared a rare picture of Shahid and Mira from the sets. In the photo, while Shahid could be seen dressed as his character, ‘Maharawal Ratan Singh’, Mira had donned a casual outfit as she had visited him on the sets of the film. Sharing the photo, Rimple had written:

“Same day few years back.. on the sets of the great indian saga #padmaavat directed by Sanjay sir @bhansaliproductions. Looking at this picture where @mira.kapoor and I where coincidently twinning. I can only reminisce the amount of fun I had with the cast and revel in all the good I managed to accomplish!” 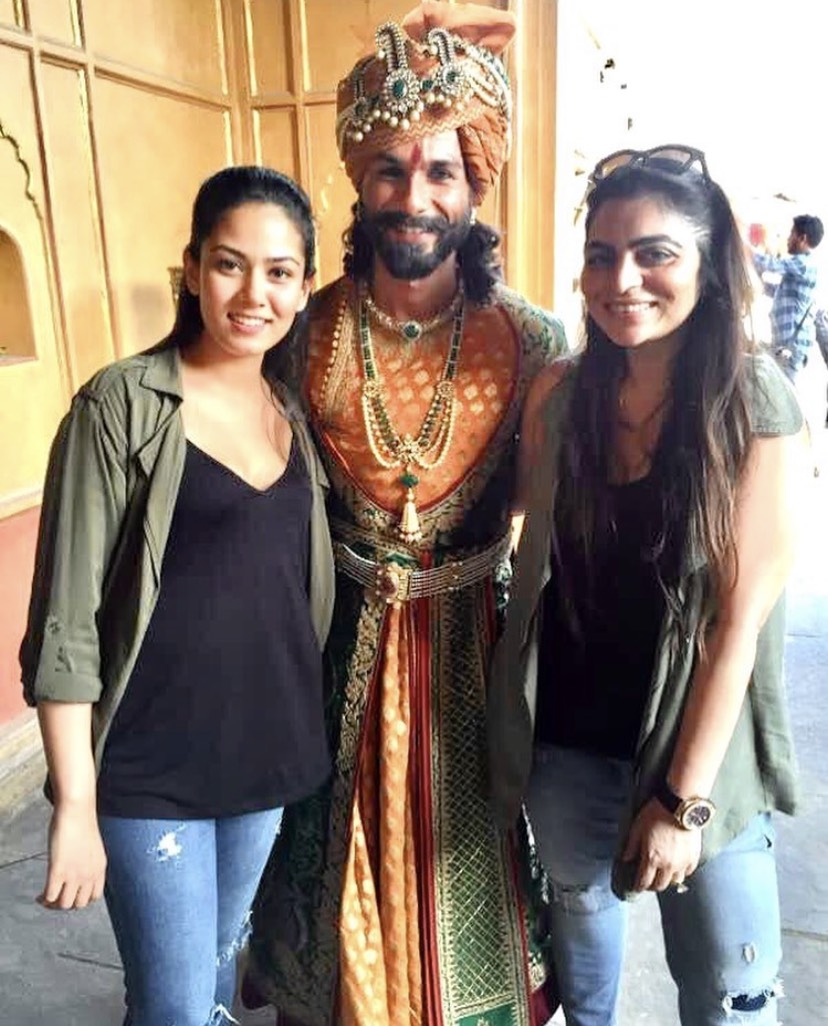 Not just Mira, Shahid, too, always cheers for his wife and her professional adventures. On January 29, 2022, Mira Rajput Kapoor had reached 1 lakh subscribers on her YouTube channel. And, her hubby, Shahid Kapoor had taken to his IG handle to appreciate his wife, Mira on her latest achievement. Sharing a screengrab of Mira's YouTube channel, Shahid had cheered for her in the most adorable way. Atop it, the proud hubby had penned: 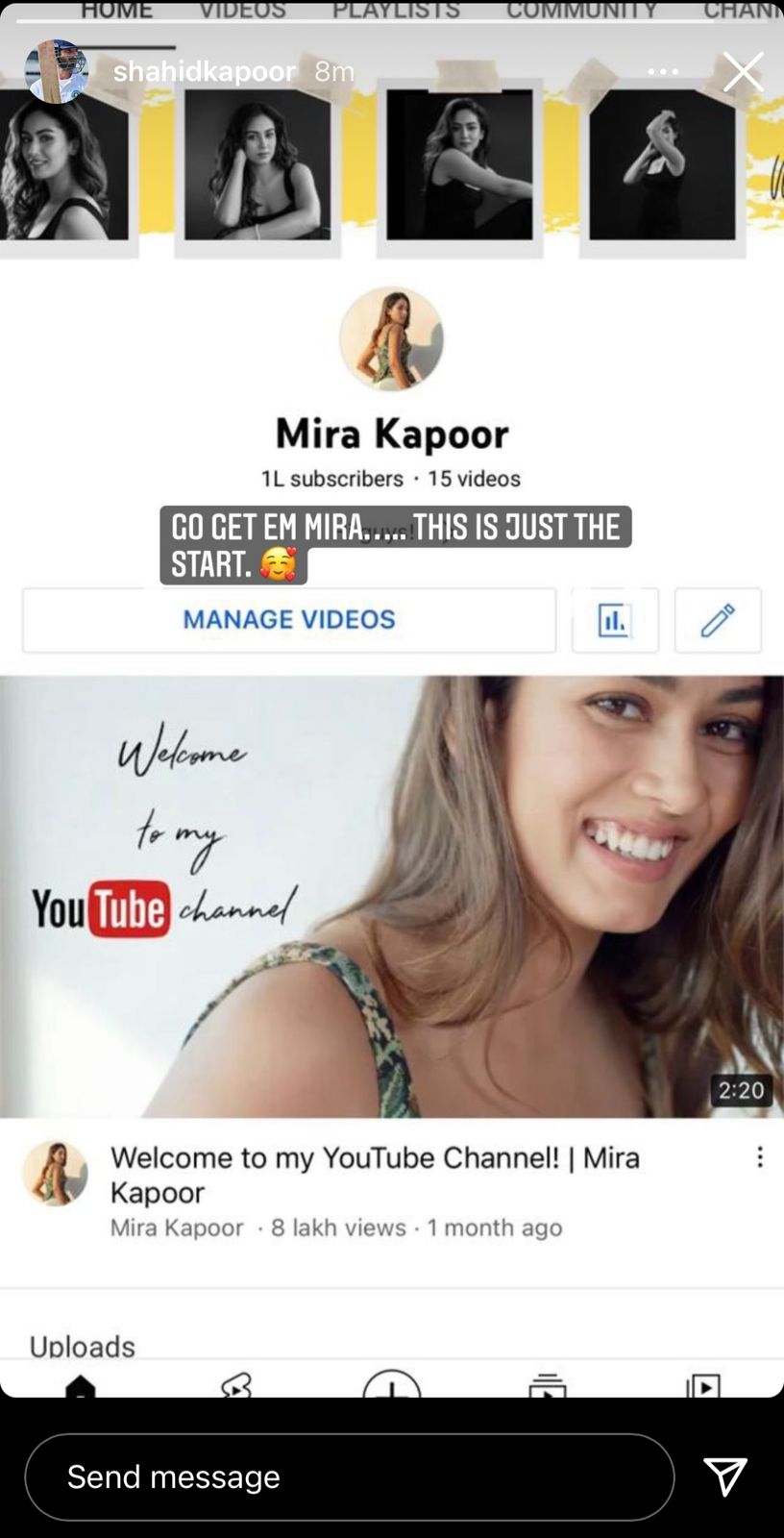 Mira Rajput Kapoor is a diva, who never fails to impress us with her sartorial choices and witty captions. What do you think?

Next Read: Farhan Akhtar-Shibani Dandekar's First Photo From Their Christian Wedding, She Stuns In A Red Gown 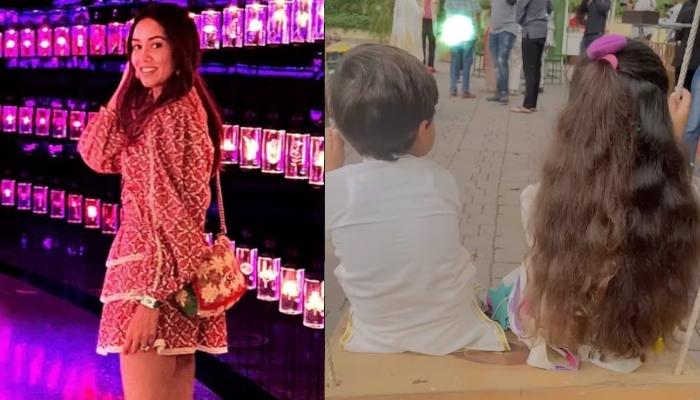 Bollywood actor, Shahid Kapoor's wife, Mira Rajput Kapoor is a hands-on mommy and a fashion influencer. The gorgeous star wife has created her own identity, and her social media handle is filled with beautiful glimpses of her happy life. Mira loves documenting snippets of her life for her millions of