Mira Rajput Kapoor curated a special BFF box and reminisced her favourite Diwali memories with her girlfriends. The doting husband, Shahid Kapoor drops a 'pretty' question for his ladylove.

Gone are the days when our partners would secretly sneak their parent’s phone and text us ‘I love you. Don’t reply’. Though the feeling of love is still the same, it is the expression that has changed over the years. Thanks to social media, couples don’t shy away from expressing their love and indulging in PDA with their partners. Shahid Kapoor and his wife, Mira Rajput Kapoor make for one such couple, who doesn’t go overboard with their PDA and their expression of love on social media is a treat for us. Shahid and Mira leave no chance to express how much they are in love and in awe of each other. (Also Read: Shahid Kapoor Gets Trolled For Sharing A 'Blur' Picture With Wife, Mira Kapoor As A 'Miss You' Post)

In September, Mira Rajput Kapoor had posted a ‘Yin & Yang’ picture with Shahid Kapoor and their monochrome selfie had spoken volumes of their everlasting love and togetherness. After a few days, Shahid had posted another picture from the same day with Mira and even though it was a blur one, it was adorable enough to express how much he misses her. Shahid had captioned the post as "#imissyou" followed by a heart emoji. Mira had commented on his post, "Aren't you glad I didn't put up the #IMissYouToo post." For the unversed, Shahid had resumed his shooting post-lockdown and had jetted off for his outdoor film schedule. 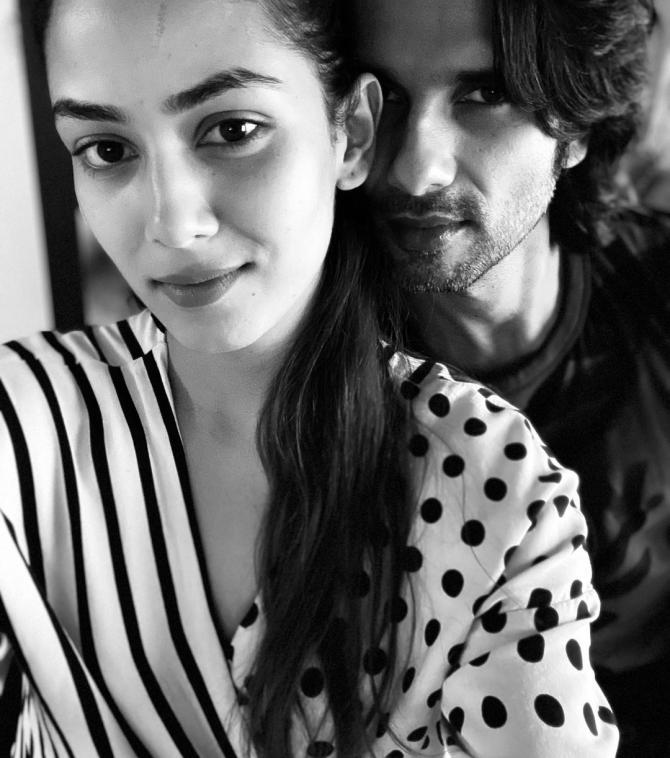 Mira Rajput Kapoor collaborated with Amazon.in and now has her own page on the website, where her fans can find and buy her favourite products. Announcing the same by curating a special BFF box and speaking about her favourite Diwali memories with her girlfriends, Mira wrote, “Add to cart: Self Love The strongest LDR a girl has ever had is with her girlfriends! So, this Diwali, don't let distance get in the way of your bond and send her a box of self-love. Here's my curation of beauty essentials for your BFF only on #AmazonBeauty.” Shahid Kapoor was quick enough to drop a comment on his wife’s post. He wrote, “Who’s the prettiest girl in the world” followed by a heart emoji. 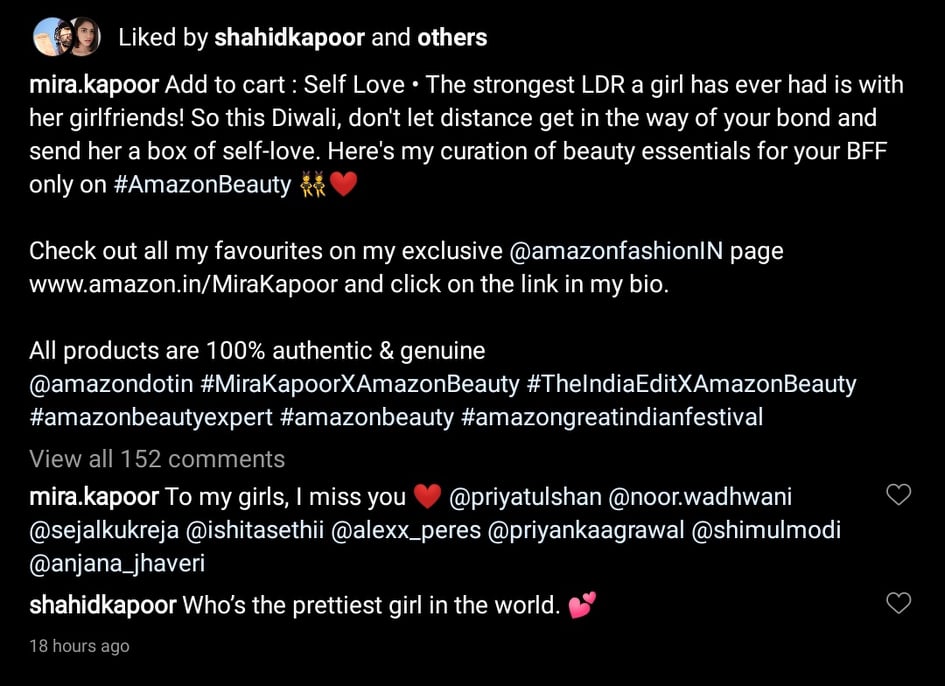 Mira Rajput Kapoor tagged her girlfriends on her post and wrote, “To my girls, I miss you @priyatulshan @noor.wadhwani @sejalkukreja @ishitasethii @alexx_peres @priyankaagrawal @shimulmodi @anjana_jhaveri.” While Sejal replied to Mira’s comment, “@mira.kapoor miss you and love you right back”, Anjana wrote, “@mira.kapoor Miraaaaa...miss you and can’t wait to c u .. very long wait ... though out of sight but never out of mind ...lots of love, luck and happiness to you, shahid, Misha and Zain and the entire family ... happiest Diwali.” Mira’s sister, Priya commented, “@mira.kapoor miss u always! Let’s FaceTime & do the packs together.” (Also Read: Misha Kapoor Clicks Her 'Mama', Mira Rajput Kapoor In Her 'Worst OOTD' And Becomes Her In-House Pap) 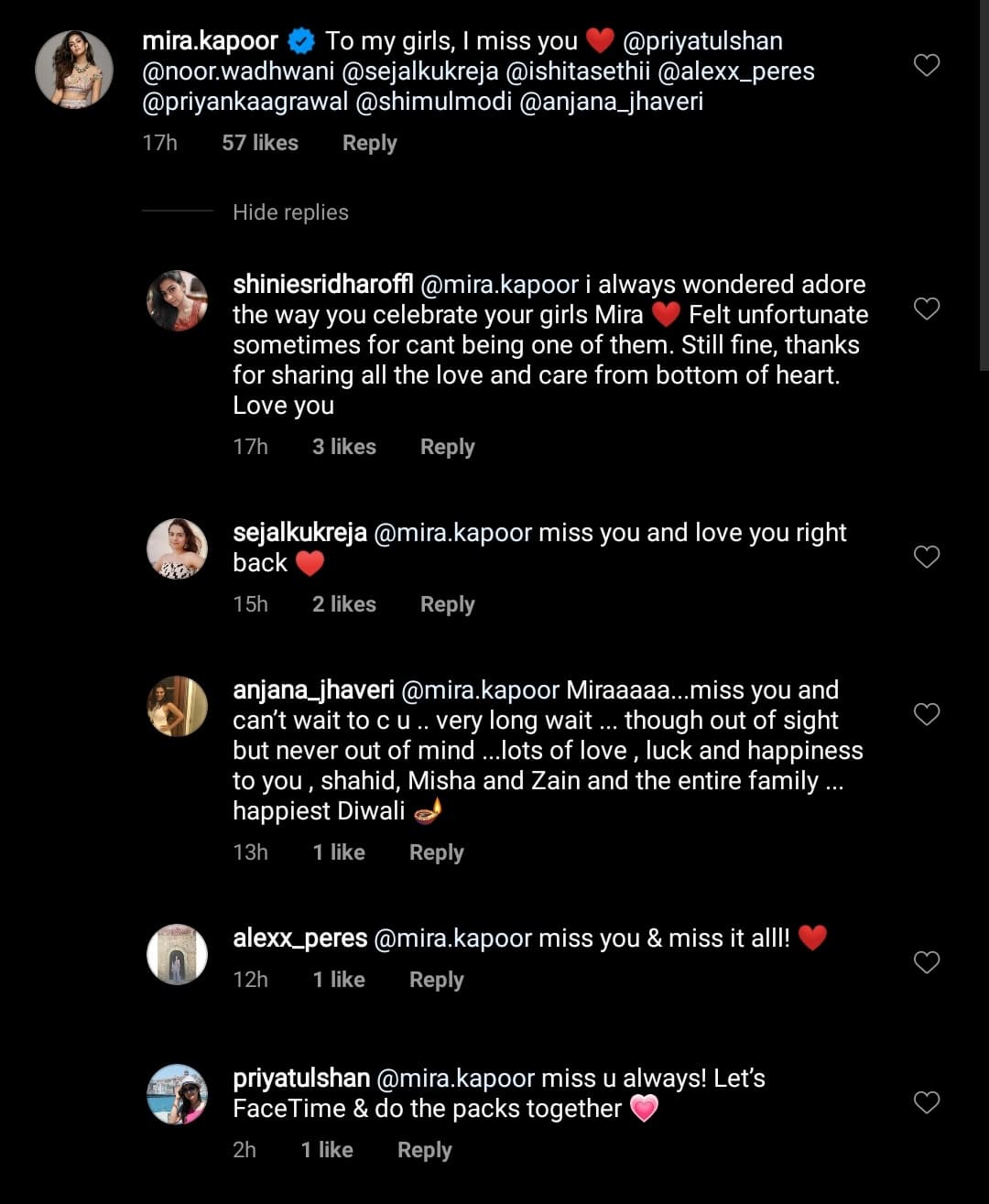 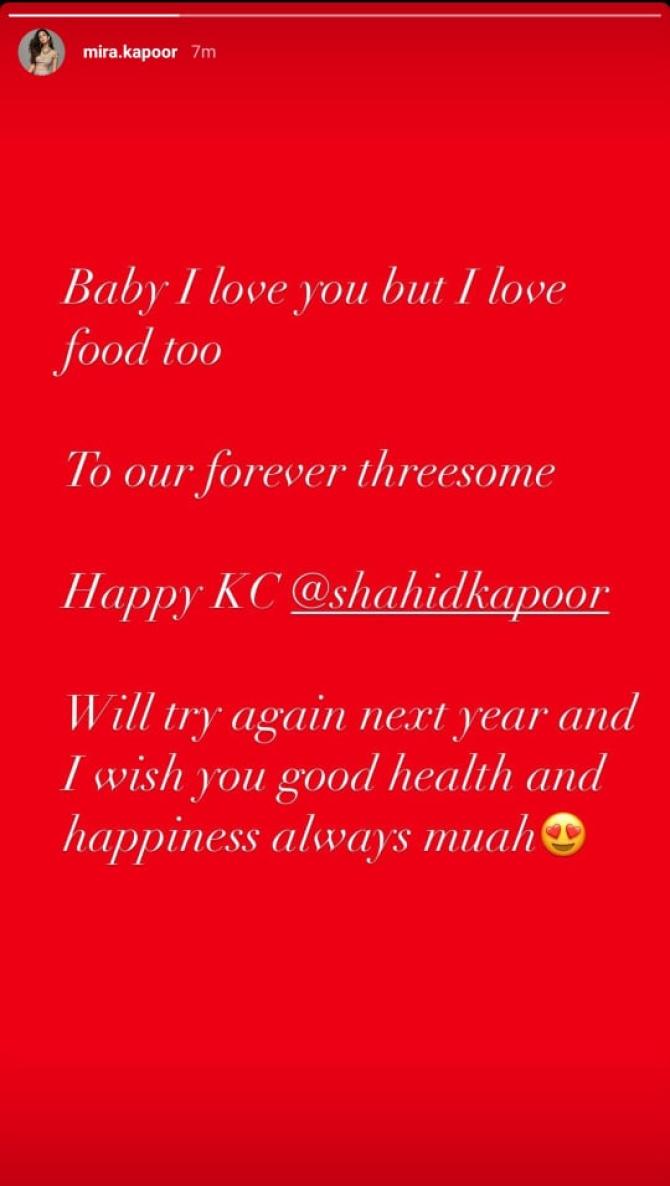 Mira Rajput Kapoor had often visited the sets of Shahid Kapoor's upcoming film, Jersey and had shared glimpses of the same through her Instagram stories. Now that Shahid had resumed his shoot, his wife, Mira had posted a ‘miss you’ note for him sometime back. Mira had reshared a post of an artist named Freddy Birdy, which could be read as “The thing I love the most is doing nothing with you” on her IG story. Mira had tagged her star-husband, Shahid on the post and had written, “I Miss You” atop it. (Also Read: Mira Kapoor Accentuates A Stunning 19k Worth Dress With Her Mother's Bangles, It Screams 'Timeless') Aren’t these two adorable? Much love to Shahid and Mira! 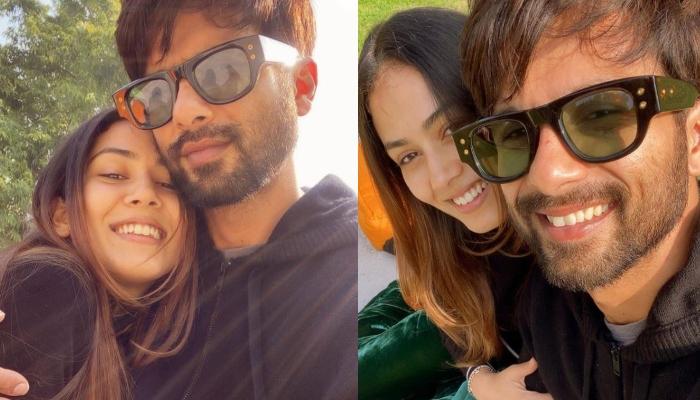 Since the celebrities have spent most of their lives in the limelight with their every move being judged, it comes as no surprise if they are extremely protective of their loved ones. Something that every celebrity has always emphasised on, the life under the limelight is what they have signed