An infuriated Ankita Konwar took to her Instagram handle to bash a news agency for publishing false reason behind her marriage with Milind Soman. Scroll down to know more!

Having an age gap of 27 years between them, they had left a lot of tongues wagging for a long time after they had gotten married. Nonetheless, they're an exemplary couple, who dote on each other and are going strong as forever, shutting the mouths of everyone, who doubted their allegiance ever. Yes, we are talking about model turned actor, the 90s sensation, extremely hot, Milind Soman and his wife, Ankita Konwar. (Recommended Read: Deepika Padukone Reveals She And Her Sister, Anisha Used To Kiss This Actor's Poster Before Sleep)

Living exemplaries of love knows no boundaries and age doesn't matter if true love is there, Milind Soman and Ankita Konwar had beaten all odds and gone ahead to tie the knot despite a lot of objections. Its been two years post their marriage, and the couple looks as much in love with each other as if they were married yesterday. Scroll down to know how did Ankita Konwar react on false rumours about her marriage! Ankita was outraged with a news portal gossip about the reason she married Milind, despite being almost half his age and she slammed them for publishing such ruckus about her personal life. ZeeNews had published a piece of news in which they had stated that Milind had married Ankita because he could see his youth in her. The reports had also stated that the 50-year-old model had a casanova image and he had been in several relationships in the past, including names such as Shahana Goswami, Dipannita Sharma and many more. The portal had also said that they had received this information from Milind’s friends. Now, this is more than enough to make any wife infuriated. 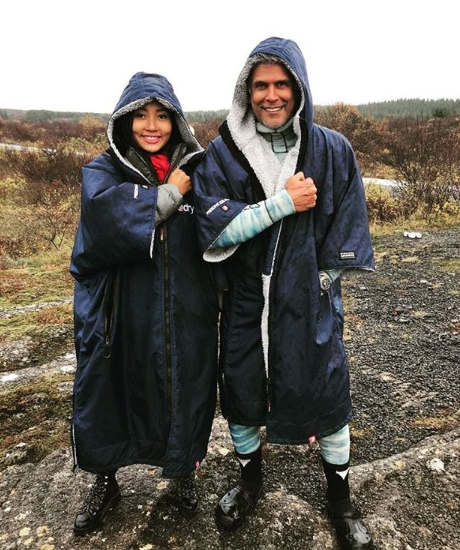 Ankita then took to her Instagram stories to bash ZeeNews over these false allegations and attempt at defamation and wrote, "Hey @Zeenews do you mind checking for facts before you publish any rubbish? I mean I understand that you “need to” wrote some catchy stuff because you want people to read it but when an article is absolutely fake how do you just publish it like that? Might wanna inculcate some kind of drug tests in your company." For the uninitiated, Ankit Konwar and Milind Soman had gotten married on April 22, 2018, in an intimate wedding ceremony with only close friends and family present. In an interaction with Humans of Bombay, Ankita had opened up about the time she had first met the man himself, Milind Soman and had said, "I was staying in a hotel in Malaysia with my colleagues. Once, in the lobby, I saw a tall, rugged man. It was Milind Soman! I was a big fan! So I went to say hello, but he was busy." (You May Also Like: Shilpa Shetty Kundra And Raj Kundra Wish Their 'Sonshine', Viaan Kundra On His 8th Birthday [VIDEOS]) 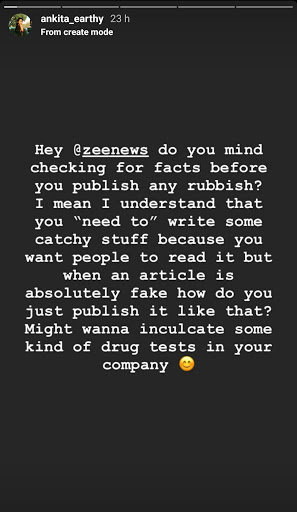 She had further added, "A few days later, I saw him again at the hotel’s nightclub. I kept looking at him & he was staring at me too! My friends urged me to go talk to him. So I asked if he’d like to dance & he obliged! There was a vibe–I could feel it! But I didn’t want to get too involved. So I excused myself & I thought he’d forget about me. But soon he came looking for me–he had to go so he asked for my number." On the subject of how did her friends and family reacted to the enormous age gap between them, she had said, "We dated for 5 years after that–until we decided to get married! My family & a few others were worried because of the age gap between us. But it wasn’t an issue for us! So when they saw us together & they saw how happy I was around him, they agreed too!" (Also Read: Urvashi Dholakia Opens Up About The Negative Criticisms She Bared For Being A Single Mother) We absolutely love the 'IT' couple, Milind Soman and Ankita Konwar. How about you?